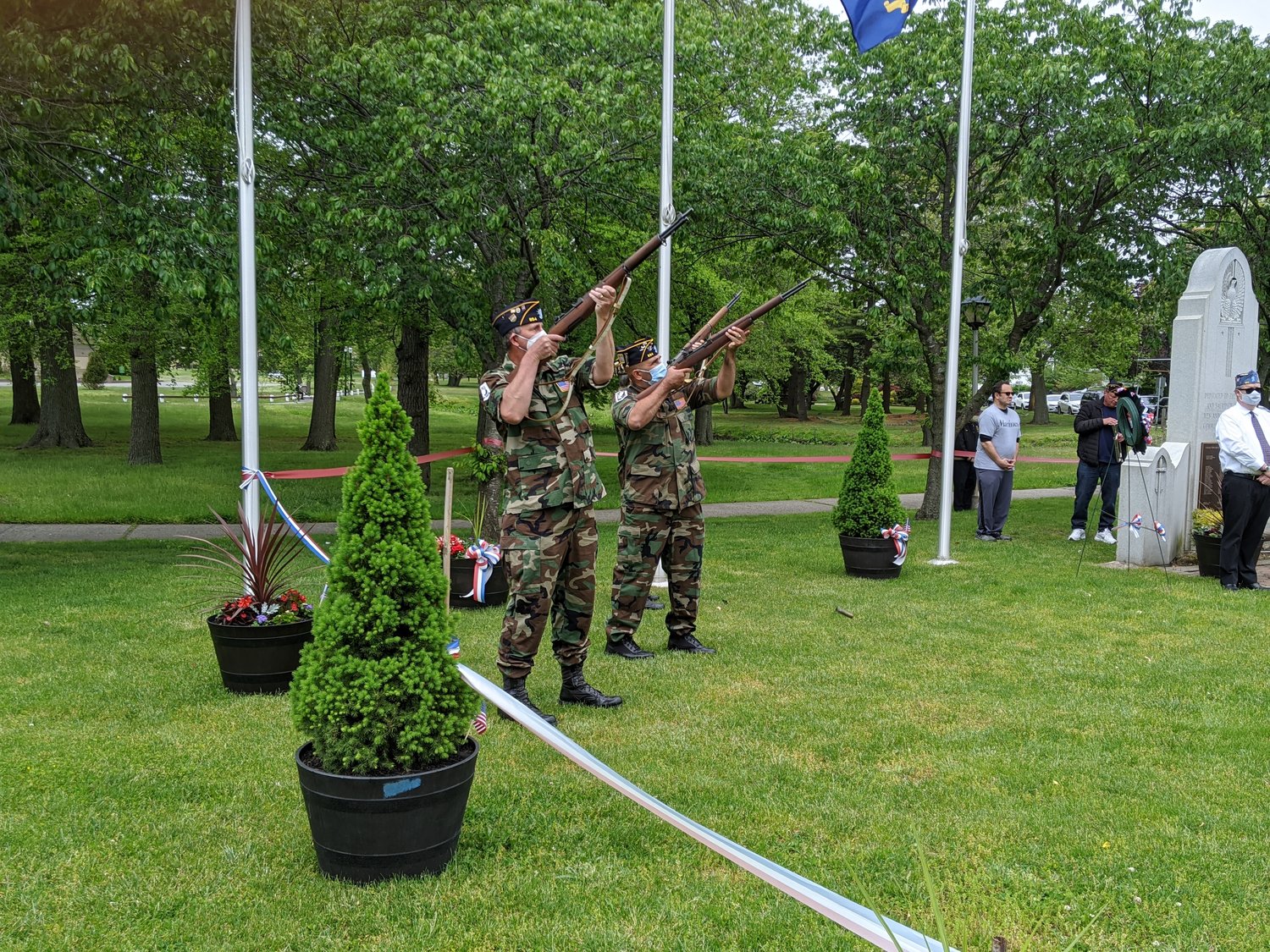 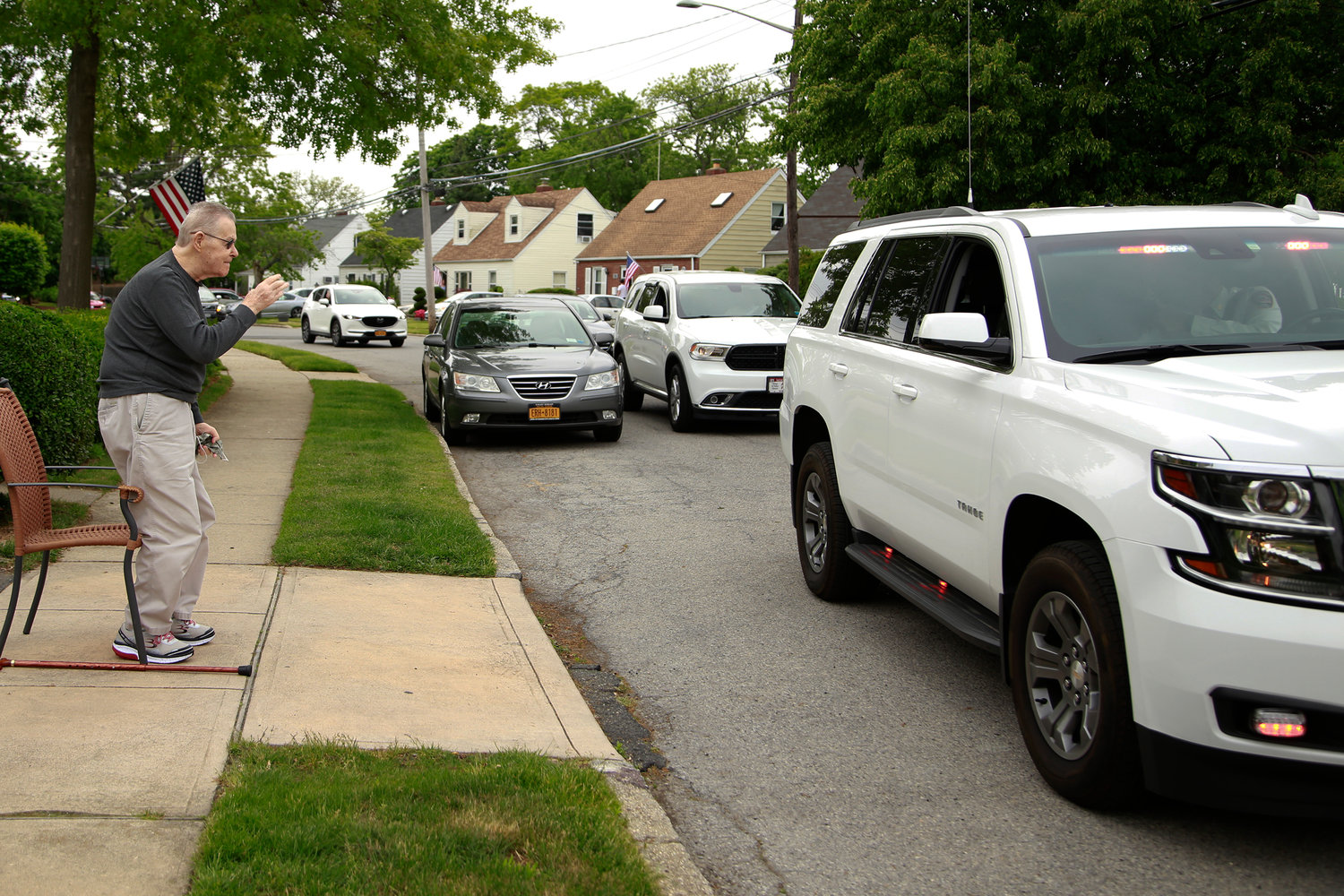 But with restrictions on public gatherings to stem the spread of the coronavirus beginning to loosen, and with some help from the village, they didn’t have to go it alone.

About two dozen people of all ages, and roughly a dozen more in cars, gathered at Veterans Memorial, at the corner of the Village Green, on Monday for a solemn, albeit brief ceremony of remembrance for local military service members who left to fight, but didn’t come home alive.

Memorial Day is typically one of Valley Stream’s largest events of the year. Rivaling only Community Fest in size, the day of remembrance joins various local civic, veterans and school groups as well as government officials in a three-day slate of activities, with a parade that typically draws hundreds to Rockaway Avenue.

Although the fanfare was absent, Mayor Ed Fare said that such celebrations were not a true representation of the significance behind the holiday.

Although attendees were spaced yards apart and clad in masks, their presence alone was an important reminder, noted Kevin Hill, commander of Valley Stream Veterans of Foreign Wars Post 1790.

The names of the service members from Valley Stream who were killed in the line of duty were read aloud, and after the ceremony, some attendees, village officials and Fire Department volunteers visited the homes of Valley Stream veterans who were too elderly to attend safely.