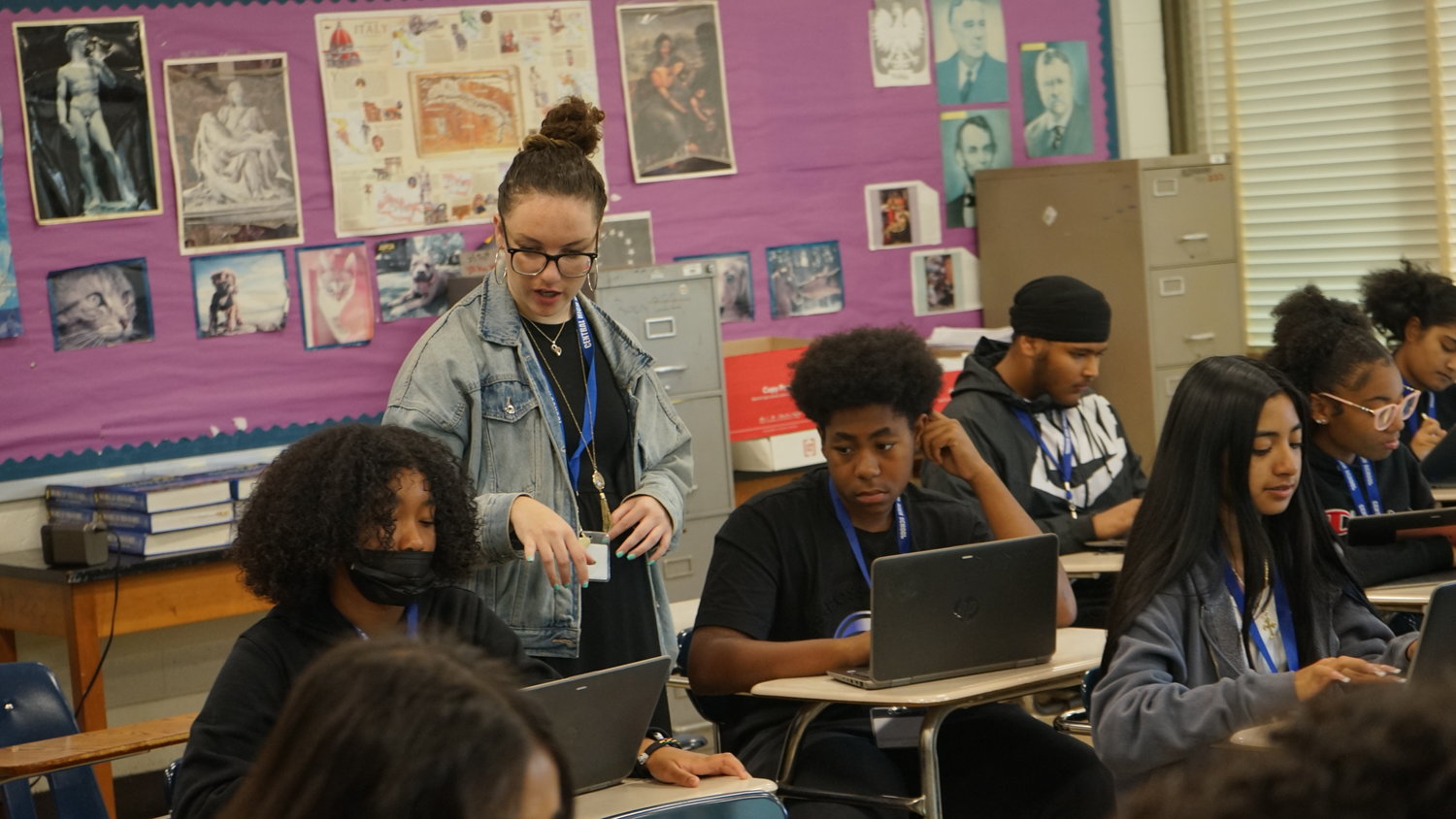 The board has always known what great schools we have, and now all Long Island and beyond knows that as well.”
Kenneth Cummings President, Board of Education
By Juan Lasso

The U.S. Department of Education recently released its list of 297 schools across the country that have been recognized as National Blue Ribbon Schools. The award, created in 1982, is widely considered the national gold standard for academic excellence and development, offering schools major recognition and serving as a reference guide for many families who are deciding where to send their kids to school.

“This is such a huge accomplishment for all the faculty, administration, staff, and families of all in Valley Stream Central High School,” Kenneth Cummings, president of the district Board of Education, said. “The board has always known what great schools we have, and now all Long Island and beyond knows that as well.”

The U.S. Department of Education chooses the top schools based on their students’ performance on statewide or national assessments, as well as other metrics, such as their success in closing academic gaps between students in different socio-economic and racial groups.

The analysis of the 2020-21 Regents results is a bit less precise, because Central, like many other Long Island schools, saw hundreds of students opt out of the tests amid lingering pandemic-related concerns.

Central’s success is magnified by how the composition of its student body stands out from those of its fellow Long Island winners when it comes to demographics and the level of economic need. All three other winning schools — Ward Melville Senior High School in East Setauket, Lynbrook Senior High School and Lloyd Harbor School — are majority or mostly white schools. Lynbrook High has the highest percentage of low-income students of the three, a little over 20 percent, according to state data.

Over 90 percent of those enrolled at Central High are students of color, and half of them are considered economically disadvantaged, according to data from the State Education Department.

Given the long-held concerns of educational experts about performance gaps among minority students, Central can serve as an example for policymakers looking to raise achievement in Long Island’s growing number of majority-minority schools.

So, what are the secrets to Central’s success? Principal Joseph Pompilio points to an effective one-two combination of setting high academic standards for all students while providing them with the resources they needed for academic and professional development.

“A culture of high expectations for our students is communicated daily in every class,” Pompilio said. “I use the public address system as an instructional tool, and often speak to the students throughout the building about achieving academic success and repeating behavioral expectations.”

Resources have also been directed to classroom learning and tutoring support. “This year at Central, more teachers have been hired to reduce class sizes,” Pompilio added. “New automobile and nursing programs have begun that include students from North and South. Math and science labs have been established to assist students in their classwork. Extra teaching power has been given to the English department to develop and improve student writing. Teachers consistently attend instructional professional development conferences to keep current on best instructional practices.”

Having a mental health support system, to help students better handle and manage the stresses and rigors of academic life while tending to their social and emotional needs, is also key, Pompilio noted. And despite their achievements in the classroom, he said, students at Central, like their peers across the nation, are recovering from the rippling effects of lost pandemic learning.

“Teachers have been identifying learning gaps and addressing them with adjustments in the curriculum,” he said. “Extra help sessions offered by each teacher … are instrumental in catching students up to their appropriate levels.”

But “despite the learning loss,” Pompilio said, “our Advanced Placement courses are thriving, and our Regents classes performed well on the June 2022 Regents examinations.”

District Superintendent Wayne Loper said that Central’s sister schools, North and South, are close behind Central academically, and “it will come as no surprise if the Blue Ribbon commission targets our other high schools in the future.”

Have an opinion about the Valley Stream Central High School's Blue Ribbon award? Send an email to juanlasso65@gmail.com.