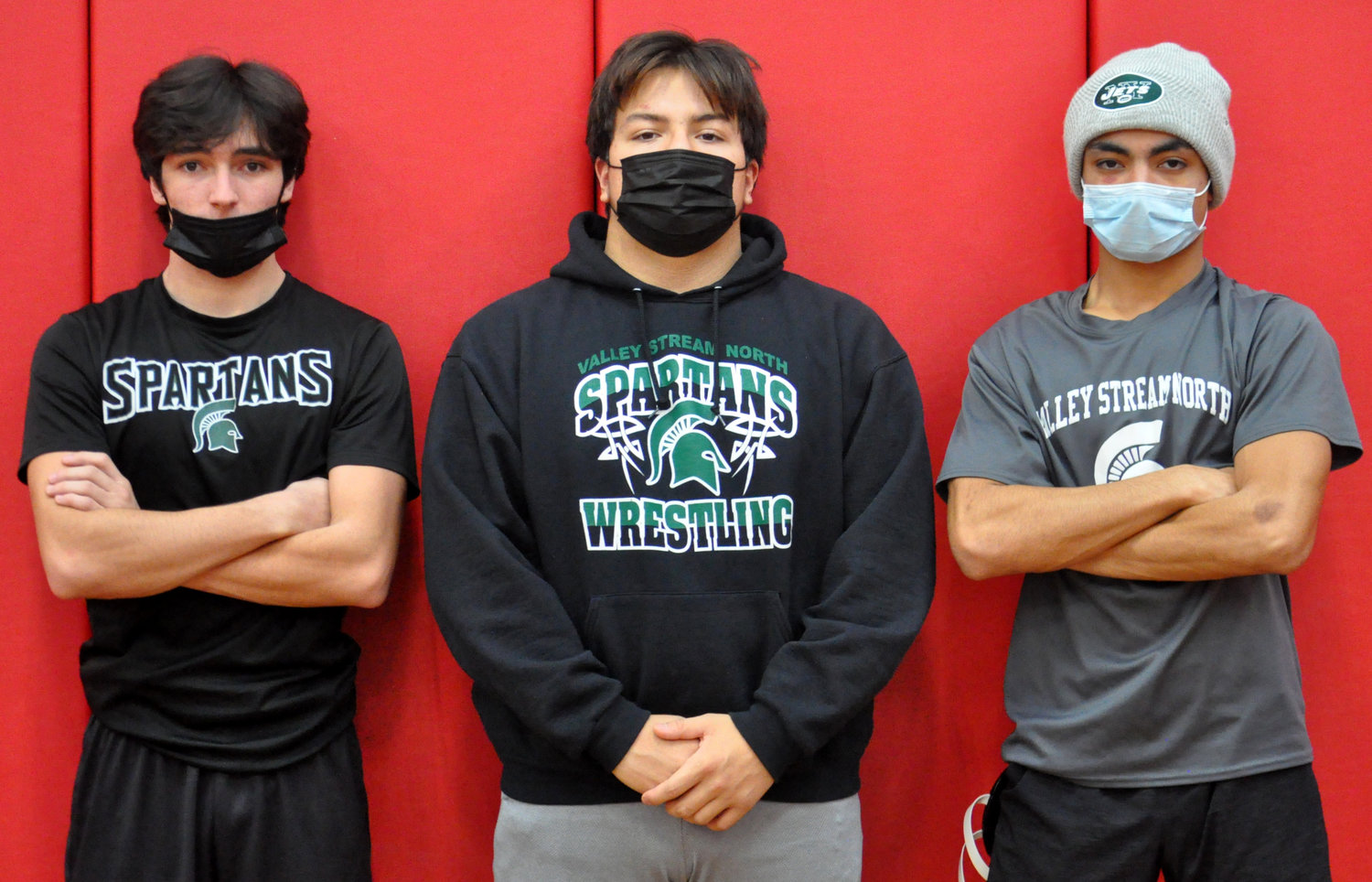 Last winter’s COVID-19 shortened season limited the Spartans to five dual meets and a roster of 14, but Bottjer, who has coached wrestling, soccer and track over a 30-year career in the district, said they “made the best of a tough situation.”

This season’s roster between varsity and JV goes 32 deep, including talented females Nyla Phillips, Christina De Pippo and Madison Mahabir. “We’ve exceeded expectations so far,” Bottjer said. “We had a tremendous battle with Island Trees right before the holidays losing by just five points, and last week held our own against highly ranked Hewlett.”

Most recently the JV wrestling coach at Valley Stream South, Bottjer said he doesn’t know Maddock well but has “ridiculous amounts of respect for Tom and everything he’s accomplished.”

Munson has been pound for pound the team’s top performer thus far, Bottjer said. Munson was North’s lone champion in its annual Ralph Jansson Holiday Tournament held Dec. 18. He edged Freeport’s Justin Reinke, 3-1, in the finals at 132. “Michael is the total package,” the coach said. “He has a wide range of moves and experience on the big stage. His goal is to place [top six] in the county tournament. He’s been there before and it’s his last chance to get on the podium.”

Romano is back in the fold after not competing last season and has served as a positive influence, Bottjer said. “He’s an integral part of this team and has the perfect mentality,” he said. “He never gets down when he’s behind in the match. He just keeps going.”

Santo is primed to be one of the Spartans’ leaders next season and has all the tools to make noise on the mat. “He has strong technical skills but he’s faced a lot of highly ranked opponents so far,” Bottjer said.

DelCarpine and junior Joshua Lopez were instrumental in securing North’s season-opening 34-30 victory over Jericho. Both recorded pins to vault the Spartans over the top after they trailed by eight points with two bouts remaining. “They’ve been alternating at 215 and 285,” Bottjer said of the heavyweight duo.

With nobody to fill the two lightest weights, North is usually leaning on sophomore Nicola Petruccelli to provide a spark at 120. He placed third in the Jansson Tournament. “He’s a tiger for six minutes and never goes down without a fight,” Bottjer said.

Other keys to the lineup are senior Daniel Amin, who is getting the job done at 145 or 152, and junior Cory Delgado at 171.