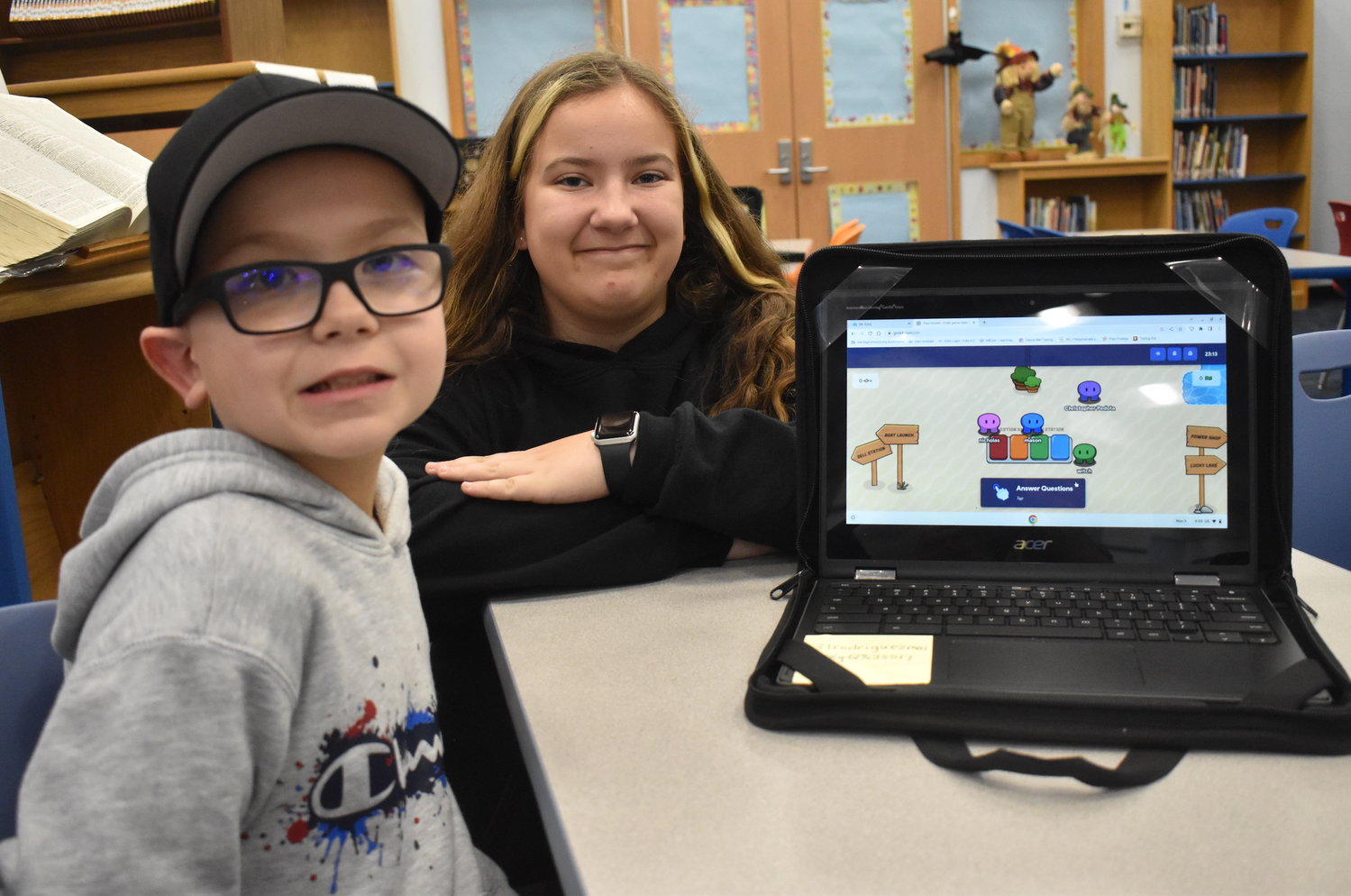 The new Video Game Club at Forest Lake Elementary School in the Wantagh School District is the quintessential way for students to develop 21st century skills. They learn how to work as a team, to display good sportsmanship, to solve problems and to understand modern technology.

Special education teacher Chris Pedota is the founder of the afterschool club, which meets every Tuesday and Thursday in the library. It started as a way to bring students together who share a common interest, and quickly grew in popularity. With about 130 students in the club, Mr. Pedota split them into four groups, with each invited to one or two sessions a month. The socialization that takes place and the camaraderie that has developed among students in different classes and grade levels has made the effort worthwhile, he explained.

Students typically rotate through three stations. At the video game console center, students can use Nintendo Switch, Sony PlayStation or Xbox. All games are rated “E” and popular choices include Mario Kart, Mario Party and Super Smash Brothers. The club, which has already received donations of Switch consoles, always looks to add systems so more students can play at the same time.

At another station, students use their Chromebooks to learn computer programming. They create video games using the Scratch coding language in a child-friendly way, in which they simply drag and drop lines of code. Mr. Pedota said that students take on challenges based on their comfort level. Beginners will program character movements in provided games, while more experienced coders make their own games.

Students use Gimkit at the third station, a live learning game show. Also accessible on their Chromebooks, they enter a digital world and complete missions by answering questions correctly about different topics. Mr. Pedota said that students can work individually or in teams and it is a great way to review content knowledge.

Pedota said that it is important to create opportunities for today’s tech-savvy youth. He also noted that with an eSports club now at Wantagh High School, and with video gaming scholarships being offered at the college level, the Forest Lake Video Game Club opens up some new doors for students. It also introduces them to the growing fields of computer programming and video game design.