A hike and history lesson on Jones Beach

There’s still plenty to do at the beach in the fall, especially when the weather is good 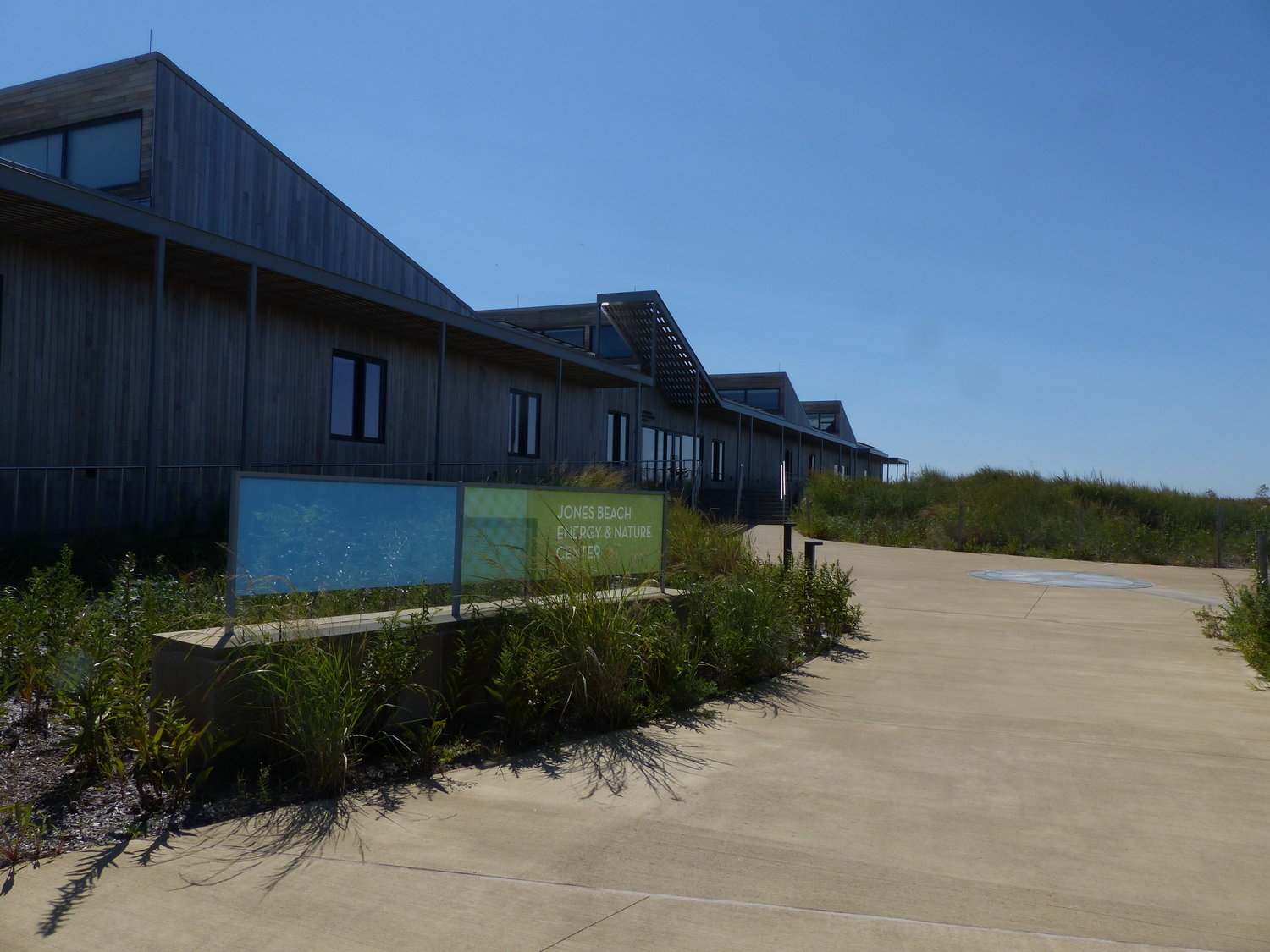 The Energy and Nature Center, located on 150 Bay Parkway in Wantagh.
Michael Malaszczyk/Herald 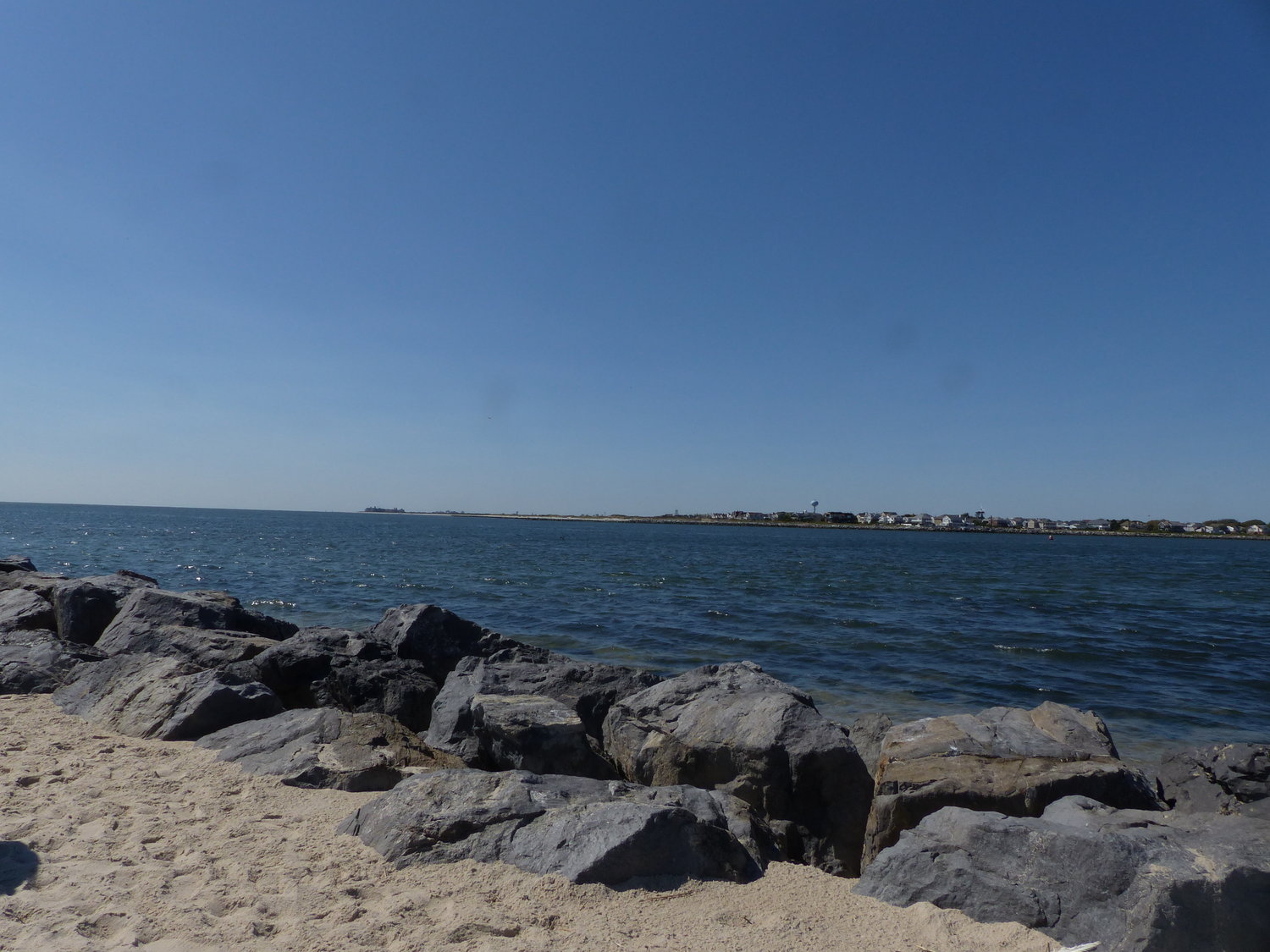 A view of Long Beach from the Jones Beach jetty, which helps control the long shore drift to build up the beach.
Michael Malaszczyk/Herald 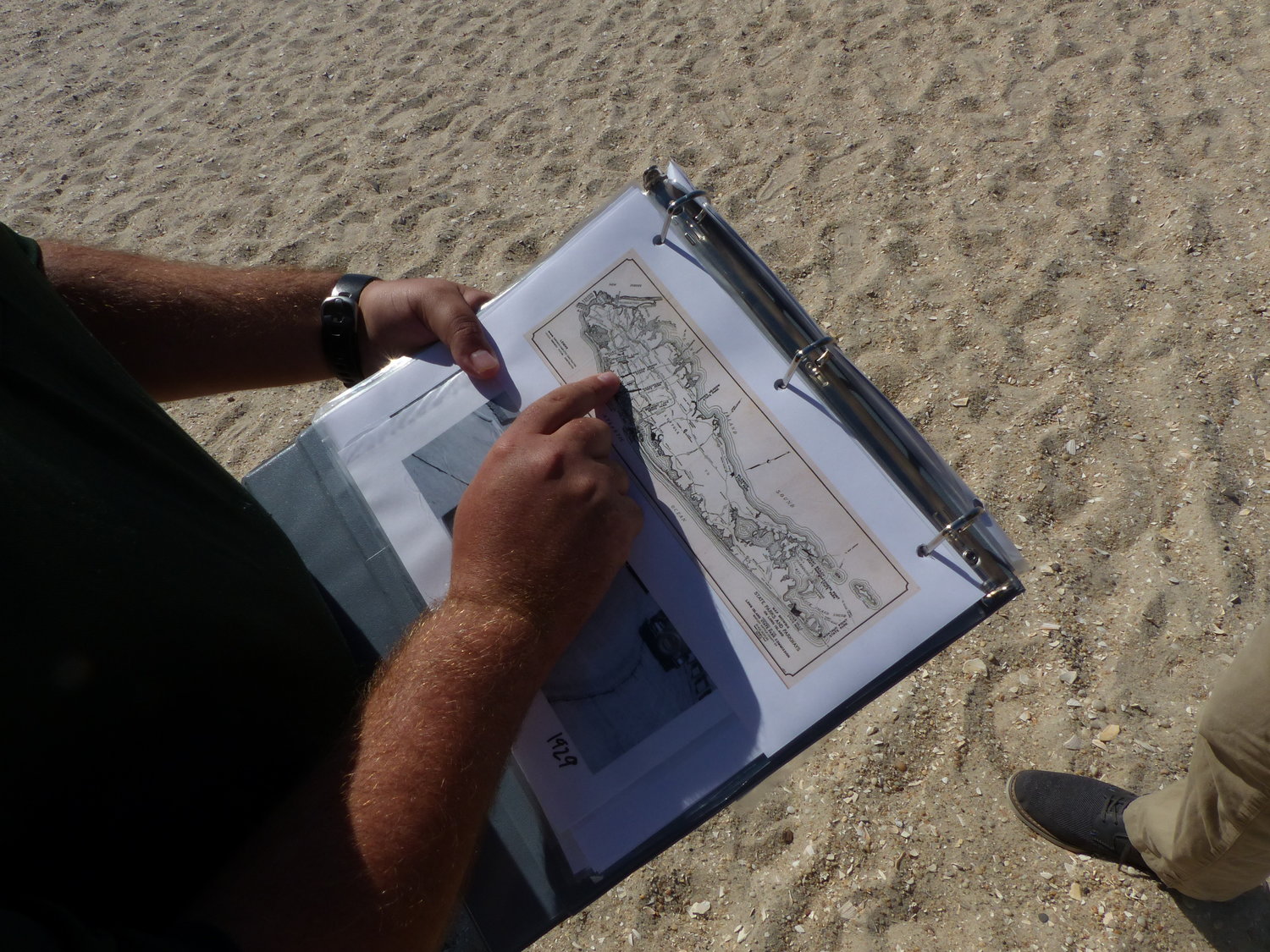 A history map of Jones Beach and Long Island, used on the hike.
Michael Malaszczyk/Herald 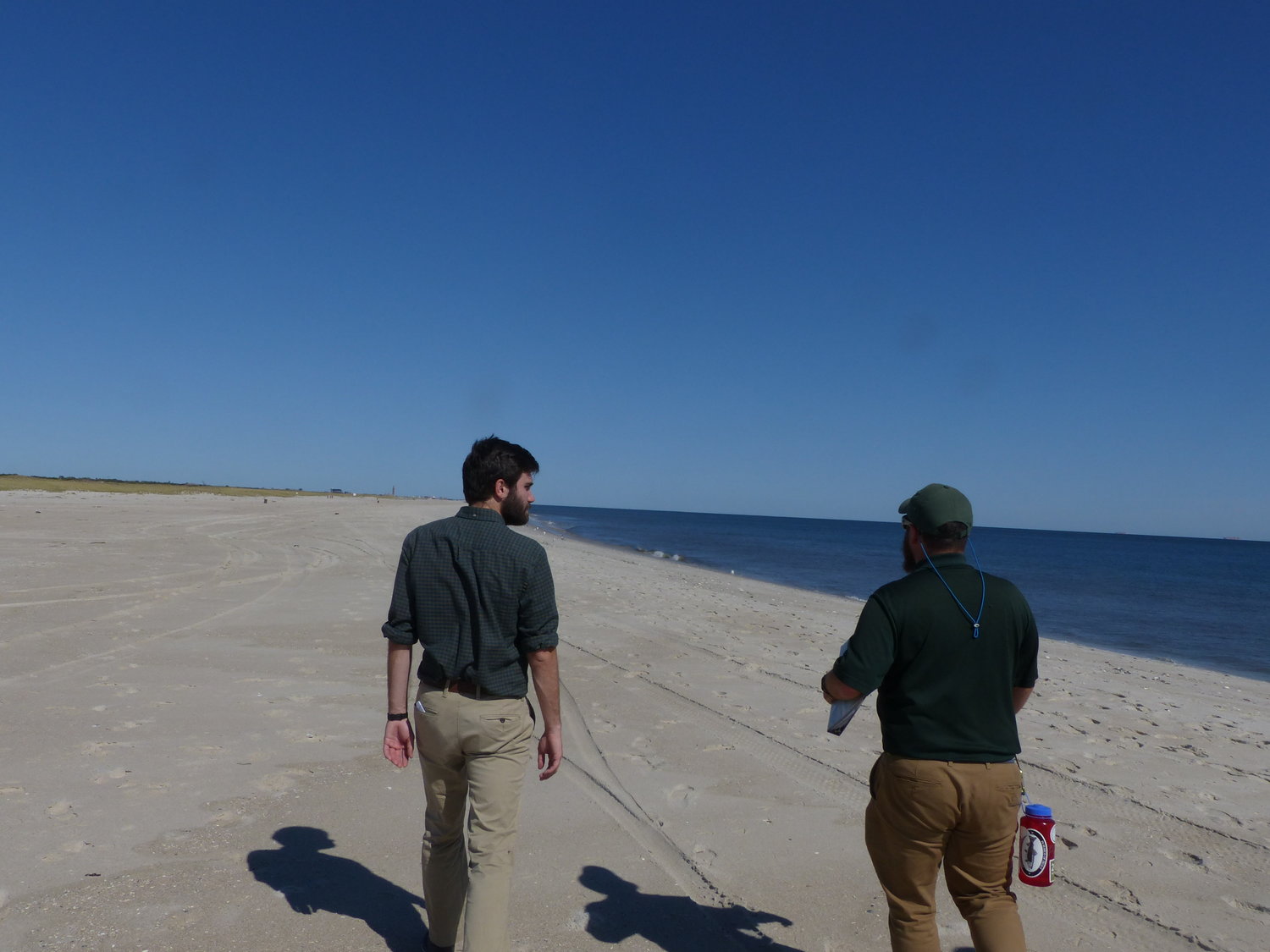 Summer may be over, but Jones Beach State Park exists year round. And as long as the park is open, the Jones Beach Energy and Nature Center always has something in store for you.

The Jones Beach Energy and Nature Center is relatively new, having opened in September of 2020 under Andrew Cuomo’s clean energy initiative. Located on 150 Bay Parkway in Wantagh, the building is run on solar power, but connected to the New York grid; any excess power from the building is sent back to the grid. The center itself contains exactly what it sounds like; one side is focused on nature and features a miniature aquarium with animals from in and around the beach, and the other side is focused on energy, and shows visitors the skeleton of a solar powered house.

Its opening during the middle of the pandemic made it a welcome activity for Long Island residents who had been cooped up and either working or going to school remotely. As pandemic restrictions have lifted this year, it has grown more and more popular.

The center is run by Jeanne Haffner, who holds a doctorate degree in environmental history, and a team of professional environmental educators. The activities it hosts include beach cleanups, yoga nights, expert lectures, stargazing, and hikes. These activities are rarely limited to their descriptions, however; visitors who partake in the beach cleanups are often treated to some ecological knowledge from the educators conducting them, and the same applies to everything else.

One of its activities is called “history hikes,” where visitors are taken for a miles long hike around the beach as an educator talks to them about the history – both natural and manmade – of Jones Beach. On September 15, environmental educator Hayden Uresk led one of these, taking a group of visitors on a hike around the West End.

As the visitors got their steps in, Uresk taught them about the history of Jones Beach, dating all the way back to when it was a two-foot tall sandbar on the South Shore.

“Thomas Jones, for whom the park is named, never lived to see it as a beach,” Uresk said. “But he built the first brick building on Long Island, which was called Fort Neck. It was between Seaford and eastern Massapequa.” Thomas Jones lived in the 1700s, and served as the High Sheriff of Queens County.

Jones’ name became relevant once again in the 20th century when urban planner Robert Moses got to work on building Jones Beach. To build it up from nothing more than a sandbar was an enormous task that because with using vacuum ships to dredge up sand from the seafloor. This was in the 1920s.

To hold the sand together and give it a foundation for buildings, American beach grass had to be planted in 1931. The grass that is all over Jones Beach today are the descendants of these original plantings. The dredged up sand mixed with the grass created what we now know as Jones Beach. One more task was at hand, though, and that was the creation of the jetty at the Jones Beach inlet; the jetty was constructed in the 1950s, and to this day, continues to help build up the beach by controlling the long shore drift.

Uresk led the visitors from the center down to the inlet, then along the jetty, and finally down to the West End ocean side, making it a miles-long hike. More events like these are planned, as the center remains open throughout the fall and winter.