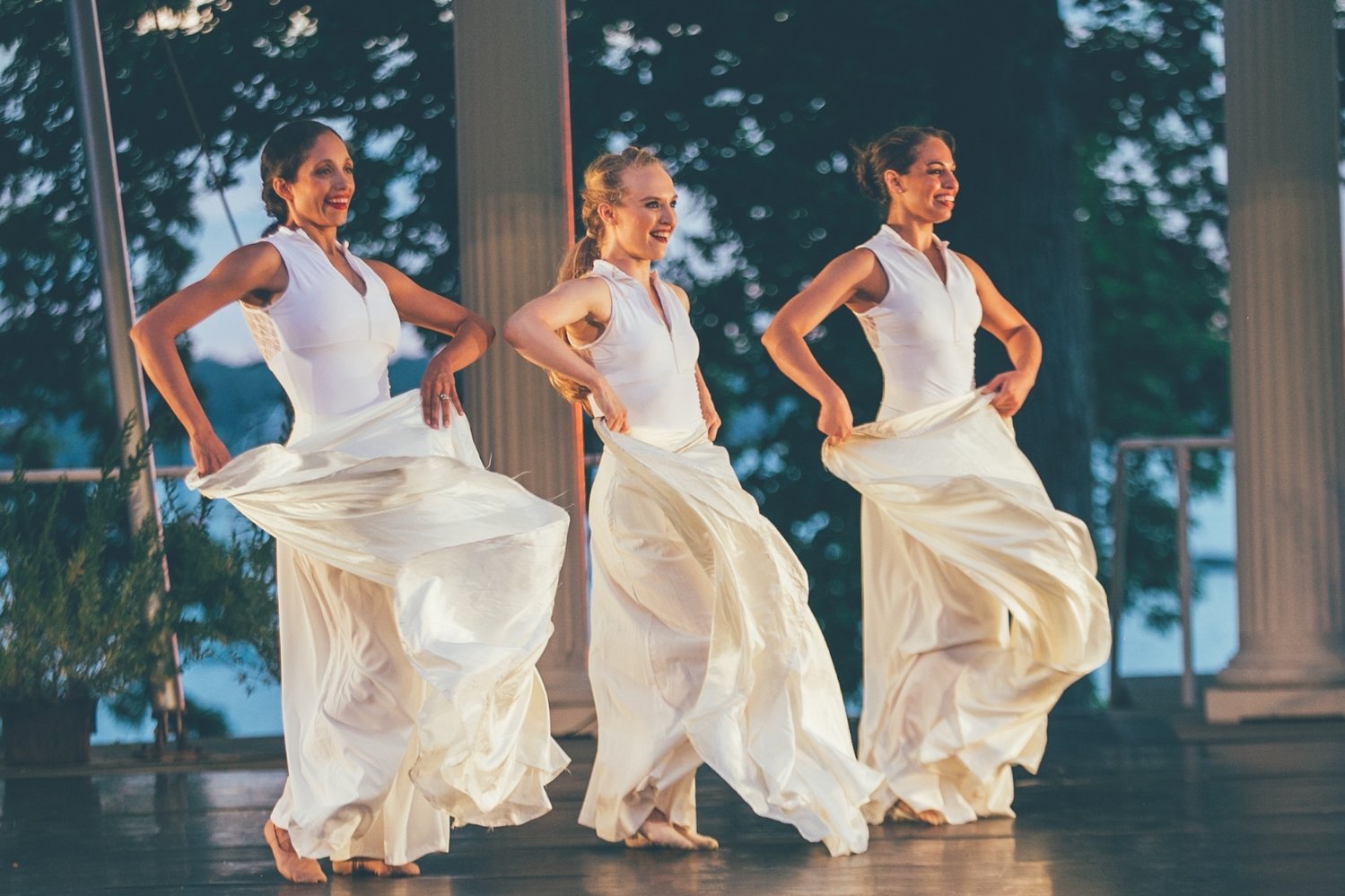 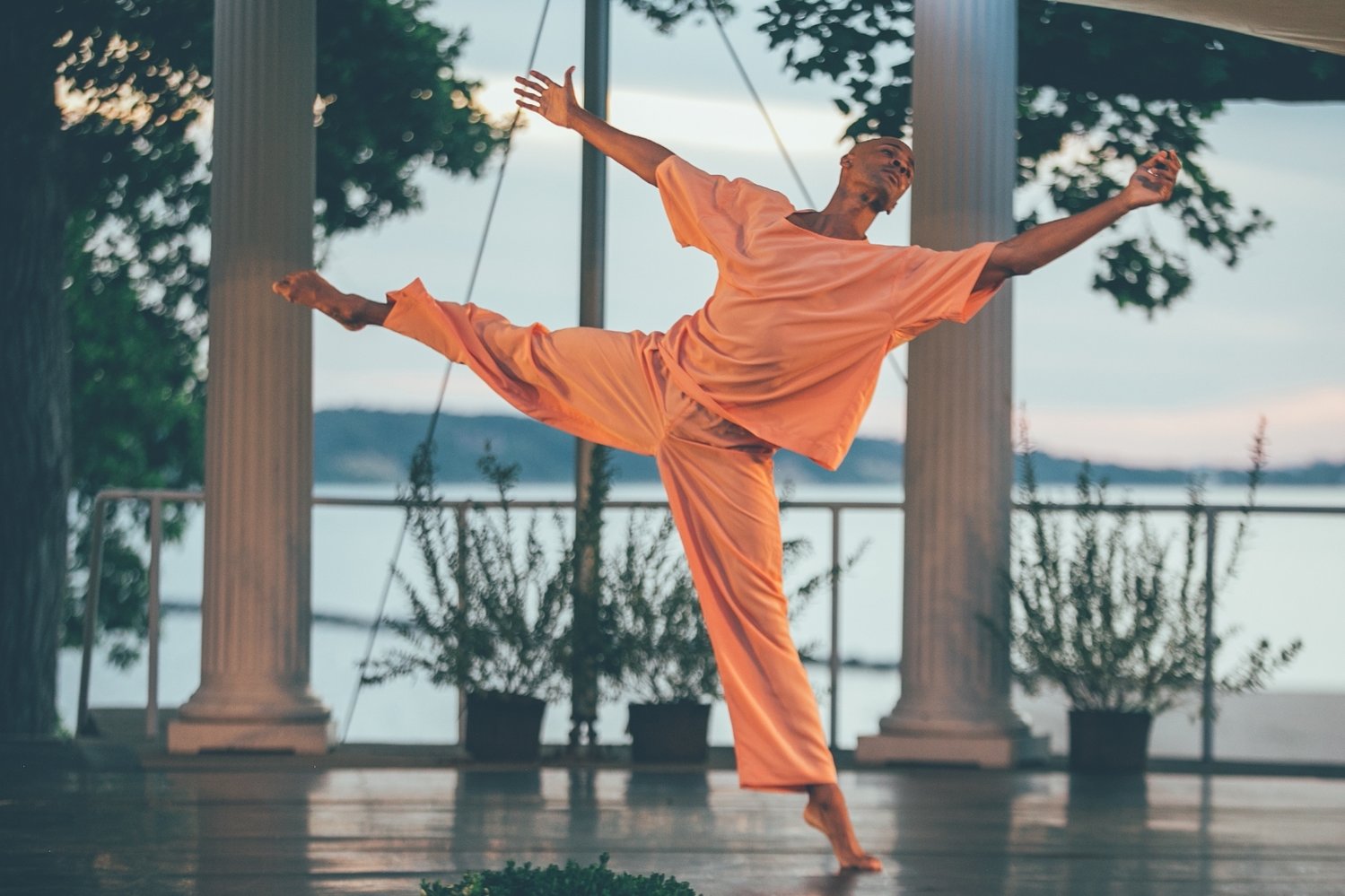 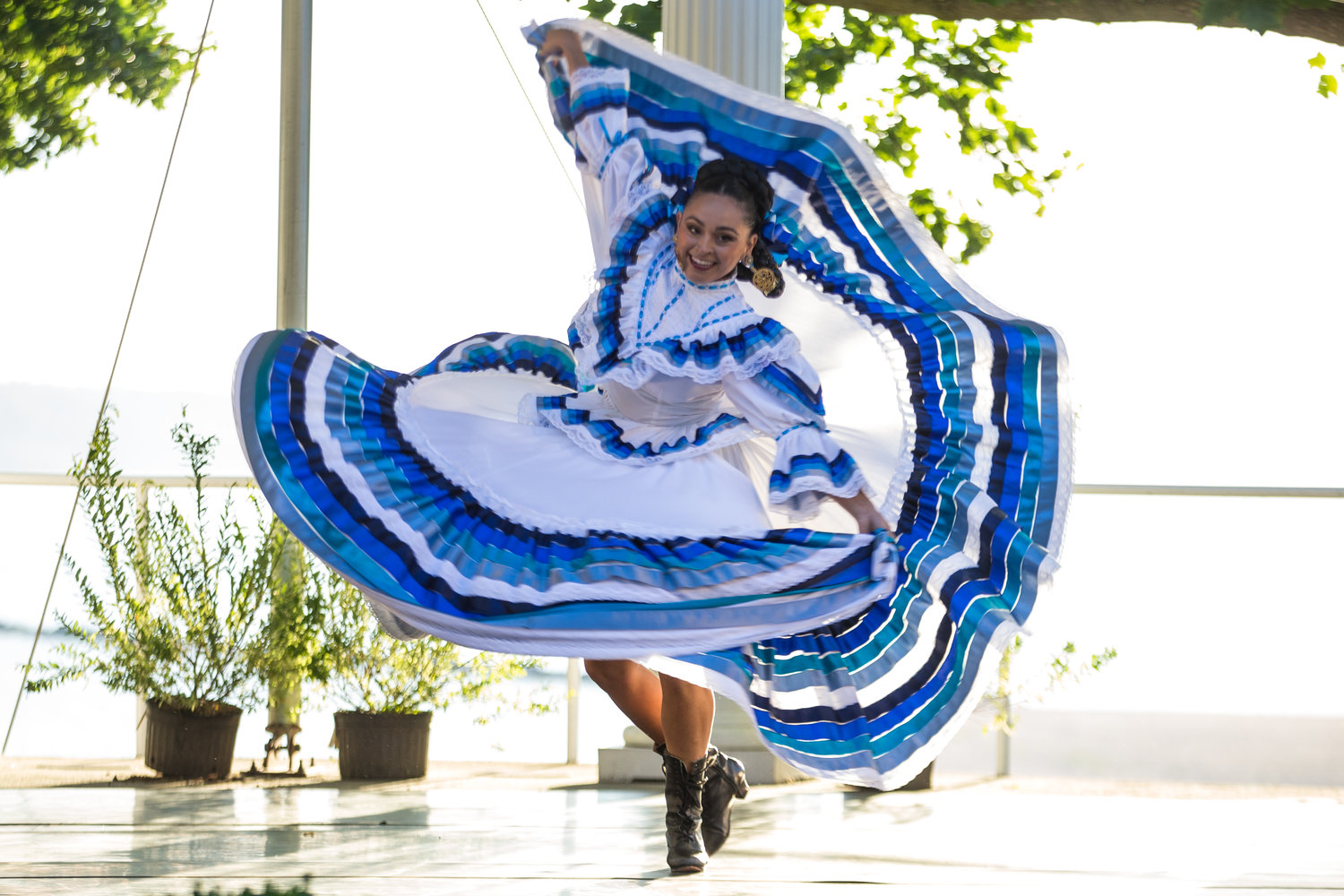 There were cheers when Maricarmen Betancourt, a dancer from Ballet Nepantla, performed.
Courtesy Okulus Photography
Previous Next
By Roksana Amid

With the backdrop of the setting sun across the Morgan Memorial Park stage, residents and visitors gathered for the second annual Gold Coast Dance Festival last Saturday.
Festivalgoers laid out blankets, sat on camping chairs and leaned on trees around the park to watch the night’s events. Ballet Nepantla, a New York City-based dance company, gave one of 16 culturally diverse performances in the two-hour-long festival. Among its five performers was Andrea Guajardo, of Glen Cove, the company’s co-artistic director. Sharing the stage with her were Maricarmen Betancourt, Jorge Naranjo, Gaudalupe Garza and Associate Director Martín Rodríguez.
“I thought it would be an important part of the festival,” Guajardo said. “There is a portion of the Glen Cove community that is Mexican or Mexican-American.”
The idea for the festival sprang from the creative mind of Glen Cove resident Nicole Loizides Albruzzese, its executive producer. During the 2020 pandemic lockdown, Albruzzese invited a small group of dancers to Planting Fields Arboretum in Oyster Bay. Albruzzese invited this small group of dancers to shake off the stress of the pandemic in an unstructured free-spirited setting.
“I think everyone felt the need to move,” said one of the invitees, Judith Rivera, of Sea Cliff, said. “We, as dancers, need to keep moving. We need to express ourselves through movement.”


In 2021, Albruzzese, a professional dancer and teacher, wanted to do something about getting the artistic atmosphere that the north shore is known for back to the community via dance, since the pandemic had created darkness and stillness in her community, She decided to bring back the light by way of a performance. Rivera, who Albruzzese had previously worked with, eventually joined her to help raise funds and generate publicity for the first Gold Coast Dance Festival.
Albruzzese has been involved in dance since she was 5. The 45-year-old is known for her decades of contributions to performances such as “Le Reve,” at the Wynn Casino in Las Vegas, and her coaching of performers in Cirque Du Soleil’s “Love.” She has performed on “Live with Regis and Kelly,” Ballet Hispanica and the Momix dance company for 25 years. She currently teaches at Long Island University.
Her production company, Moving On, organized the festival last year. In the initial stages of planning, however, Albruzzese said, she was met with skepticism. “I felt as though I was trying to sell myself, and it just wasn’t touching,” she said. “So I just decided to take it upon myself and just produce.”
Eventually she managed to persuade some businesses to help her bring dance to Glen Cove. Benitez Remodeling, Celeste Gullo Allstate, COPA, Heirloom Tavern and Glen Cove Councilwoman Marsha Silverman were among her many contributors. And with her network of dancers, Albruzzese invited performers who she knew were connecting with audiences again to take part.
The inaugural 2021 festival was a success, noted in a proclamation issued by Nassau County Legislator Delia DeRiggi-Whitton. This year, attendees were just as excited.
“I’m thrilled that dance is being represented on Long Island,” said Alethea Vassals, of Sea Cliff. “I grew up dancing. I think it’s magical that so many different movement styles are being represented.”
“I think it’s important for people to have access to this kind of theater,” Simone Pavlides, another Sea Cliff resident, added. “I love watching the athleticism of dance. It’s sport and art mixed together.”
The festival also marked the beginning of a mentorship program, Stepping Up, that connects aspiring dancers with resources to advance their careers. Several of the dancers who have taken part in the first two festivals have joined the program as mentors.
And Albruzzese is already busy planning next year’s program, which will include two days of workshops and a performance, followed by a reception. “We are planning a possible winter edition of the Gold Coast Dance Festival,” Albruzzese, said. “Venues are all to be determined, but will be within the Gold Coast from Glen Cove to Port Washington.”
Report an inappropriate comment

Improv theater comes back with a bang

Thousands raised in support of Solinto family of Malverne