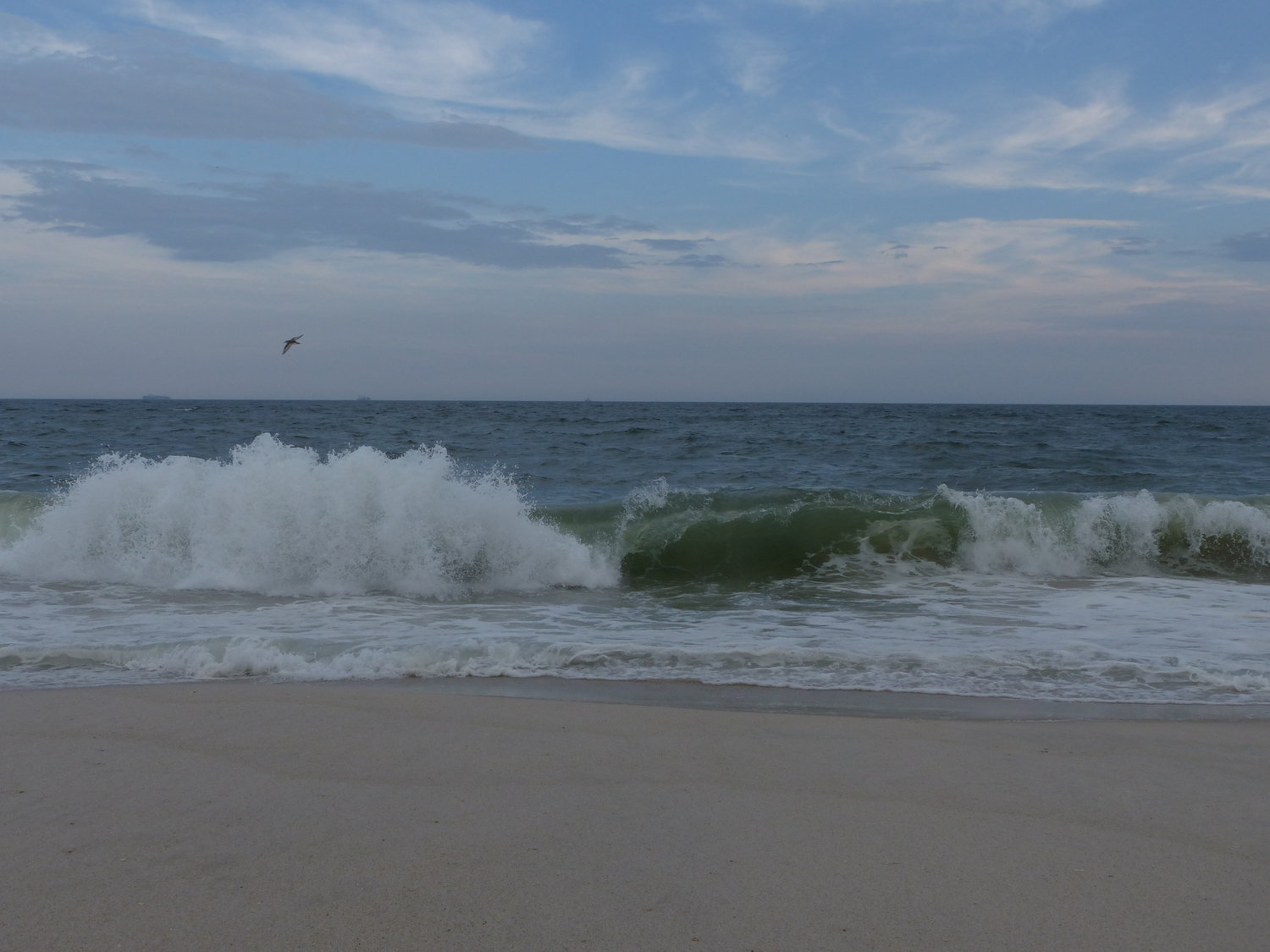 The Jones Beach Energy and Nature Center has easy access to both the bay and ocean side, making for good presentations.
Michael Malaszczyk/Herald 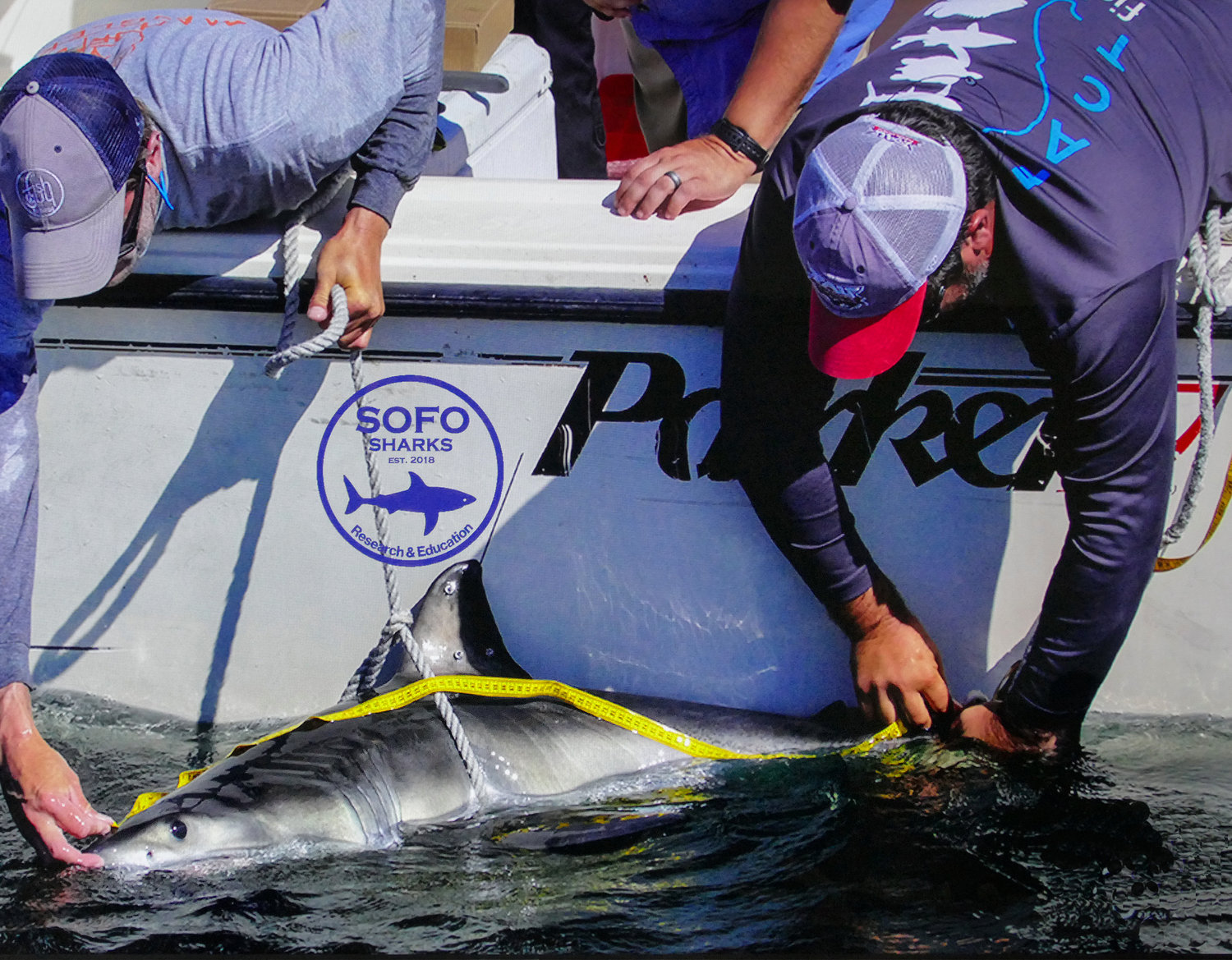 Satellite monitor installation of a shark so that biologists can track it.
Joe Abate/Herald 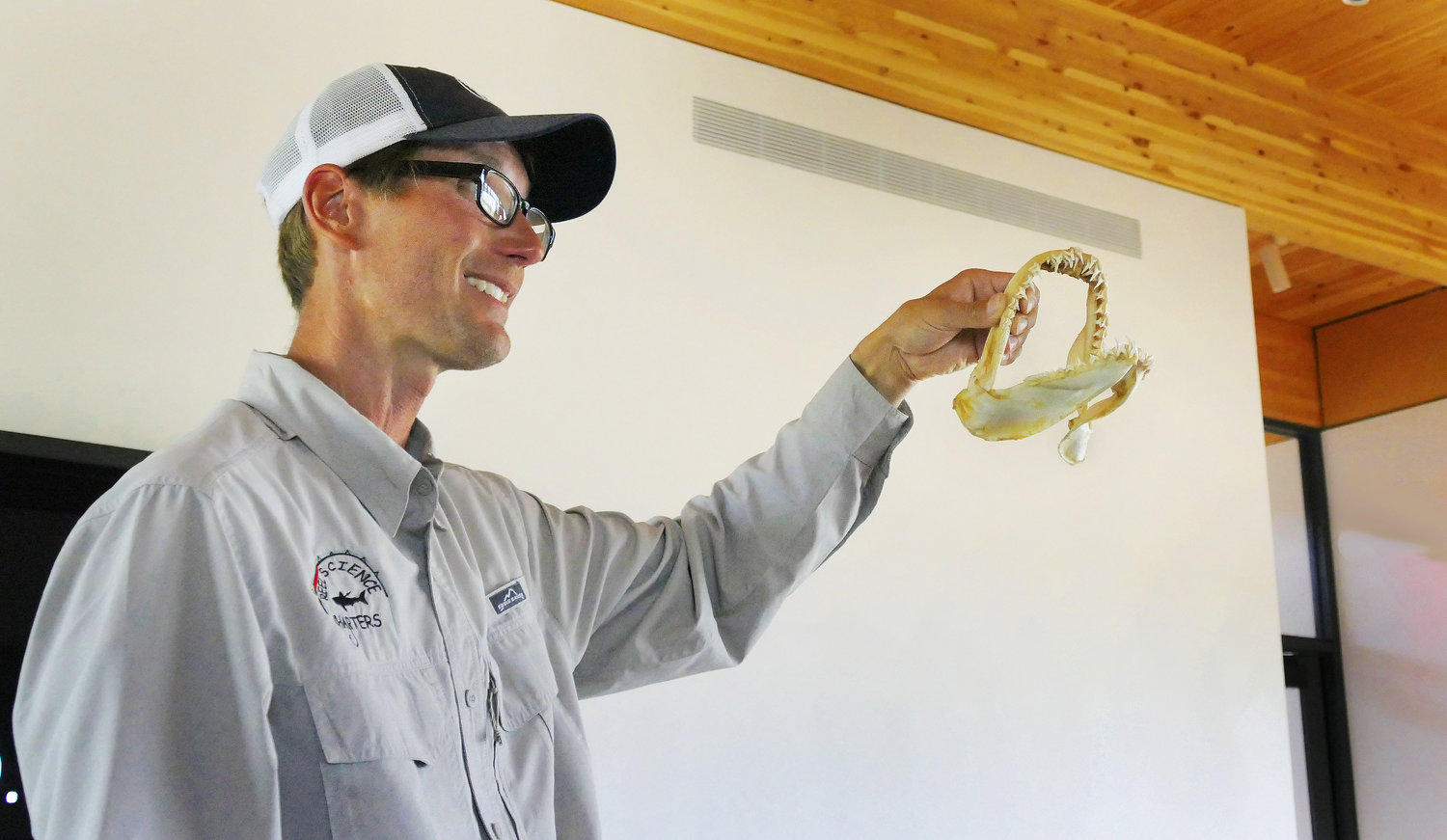 Greg Metzger shows the Shark Jaw & Teeth during a special presentation at the Jones Beach Energy and Nature Center on August 6.
Joe Abate/Herald
Previous Next
By Kepherd Daniel

With the rising number of shark sightings seen on Long Island this summer, experts recently educated beachgoers on how to deal with sharks.

The Jones Beach Energy & Nature Center hosted Greg Metzger, from the South Fork Natural History Museum’s Shark Research and Education Program, and Tobey Curtis, fishery management specialist, to discuss Long Island’s shark populations, the research that South Fork’s museum has conducted over the past years, and how to identify sharks.

Metzger and Curtis, who have decades of shark research experience, explained that sharks swim in Long Island waters year-round but the species of sharks that appear throughout the year change based on water temperature. Metzger said that the species he has seen the most of is the dusky shark, and advised beachgoers what to do when a shark is spotted in the water.

“How do you protect or reduce the number of negative interactions?” Metzger said. “You want to observe the environment you are about to enter. If you see birds colonize, if you see whales and dolphins, your first thought should not be to paddle out and swim with the dolphins. There’s probably a feeding event going on.  If you see lots of activity, get out of the water, and observe a more conserved ocean, from the beach. Once that feeding event moves through, you can resume.”

Metzger gave several tips to reduce the chance of being bitten by a shark, including swimming in large groups and avoiding swimming in the early morning and the late evening because sharks take advantage of the darkness for success in feeding on fish.

One reason for the increases in shark sightings is due to positive conservation efforts, impacting many different species that are being seen more near Long Island waters, such as Spinner and Blacktip sharks.

Many of the sharks have always been seen in local waters, but an ample supply of bunker fish, a good food source for them, has attracted sharks in larger numbers.

Many of these types of fish are “filter feeders” and are found close to the shoreline. “If these bunker schools were two miles offshore, you’d probably never see a shark, but you’d also never see a whale or a dolphin,” Metzger said. “It’d be super rare because all that feeding activity would happen offshore. They’re very close to the beach and so predators come looking for them.”

Curtis said that while there has been a rise in shark bites from past years, sharks are not looking to interact with beachgoers and the increase in food sources has led to more interactions.

“When you have the food, pushing into those areas where there’s a ton of people, the risk factor goes up and that’s what’s happened this year,” Curtis said. “Thankfully, they’re minor incidents.”

Hotter summers usually drive more beach activity, which will bring a greater chance of shark encounters. Curtis said it is important to remain cautious but not scared.

“I wouldn’t be afraid to go swimming out here,” he said. “If a huge school of bunker fish came through with feeding dolphins and birds, I’d get out of the water. Just like taking a hike in the mountains, you have to keep an eye out for bears.

“They’re not people eaters, these are fish eaters, and they’re just doing their thing,” Curtis added. “It just so happens that their food is just right next to the swimming beach, and people can get in the way. My general message is to be aware but don’t be afraid.”