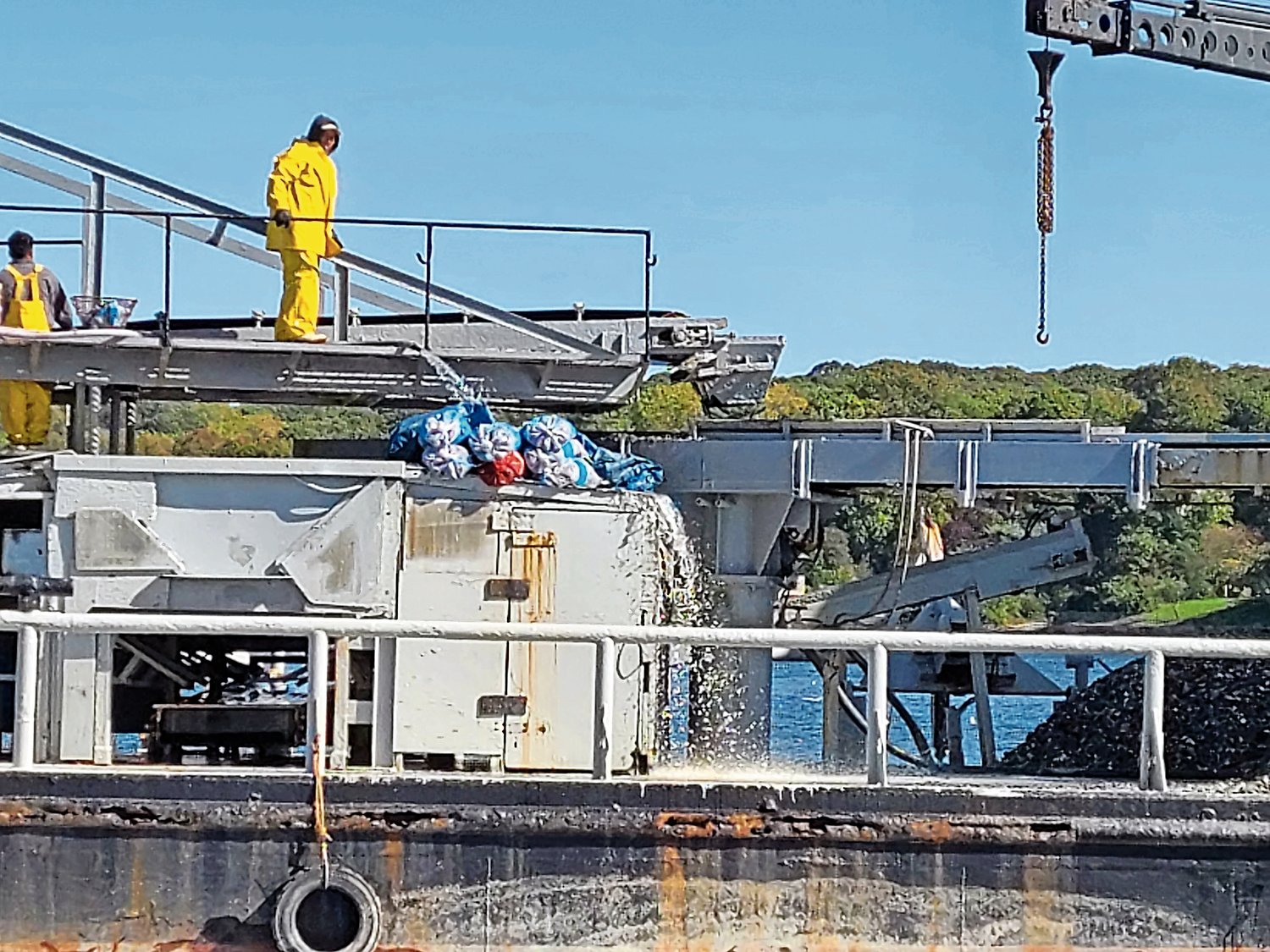 Flower has stopped seeding the bay, and there are a lot of ramifications when you disturb spawning for the entire bay.”
George Baptista, Deputy commissioner, Town of Oyster Bay
By Laura Lane

The Town of Oyster Bay filed a temporary restraining order Monday to stop commercial shellfishing company Frank M. Flower & Sons from transplanting clams from Mill Neck Creek, an estuary, into the bay. Environmental nonprofit Friends of the Bay and the North Oyster Bay Baymen’s Association, a group of independent shell fishermen, say they agree with the town, citing a concern that taking clams from the creek will disrupt the spawning which helps repopulate the bay.
James Cammarata, Flower’s attorney, said this isn’t the first time the State Department of Environmental Conservation has approved a transplantation permit. “The DEC has issued 17 permits to Flower since 2001 in the same area to move products,” Cammarata said. The company’s current permit allows it to transplant clams between May 24 and Sept. 1. “The town,” he added, “is saying if we remove shellfish from Lot One” — an area of Mill Neck Creek that Flower leases — “it will hurt the entire harbor. It’s not real science.”
Flower tried to transfer clams two years ago, but couldn’t, because the town backed out of monitoring the operation. This time the DEC agreed to act as monitor.
Town Deputy Commissioner George Baptista said the town didn’t have the resources two years ago to do the monitoring. This time, however, its reasons for not supporting Flower’s operation are different.
“Flower has stopped seeding the bay, and there are a lot of ramifications when you disturb spawning for the entire bay,” Baptista said. “The DEC hasn’t specified what clams can be taken. Flower would be able to take all of them, including the smaller seed clams. The future population of clams would be affected, and there might not be any more.”


Cammarata said that Flower would not take the larger clams, which are the biggest producers of seeds, because there is no market for them. “Flower would like to take the shellfish that are market size and move them to another place so they will sit there and cleanse themselves and be ready for market,” he said.
Up until two years ago, Flower seeded the bay with 50 million to 100 million clam and oyster seeds a year, and owned a hatchery in Bayville. But because it takes three and a half to four years for a clam to mature to market size, the company stopped seeding and closed the hatchery. Cammarata said that Flower needed a commitment from the town that its lease, which expires in 2024, would be renewed.
Initially, Friends of the Bay supported Flower’s operation, because the organization believed that the hatchery, and the annual seeding, were beneficial to the bay. But no longer.
“The continued hatchery and seeding operation seemed to guarantee an abundant standing stock of shellfish substantial enough to provide the benefits to the ecosystem that would be provided by a healthy natural environment,” Friends of the Bay said in a statement. But Flower’s decision to close the hatchery and stop seeding has led to a change of heart. “They have effectively transformed from ‘shellfish farmers’ to ‘shellfish miners,’” the statement continued. “For the last three seasons, the company has been dredging to strip the bottom of all marketable shellfish, leaving little behind.”
The North Oyster Bay Baymen’s Association has never supported Flower’s hydraulic shellfish dredging activities, and previously opposed any mechanical shellfish harvesting in Mill Neck Creek because Flower didn’t do any seeding there.
“Hydraulic shellfish dredging in the confines of MNC will negatively impact water quality and cause irreparable harm to habitat, and living resources,” Robert M. Wemyss, NOBBA’s secretary, wrote in a letter. “The baymen declined offers from the town to transplant shellfish from the creek because being closed to shellfishing, the creek provides a significant protected natural shellfish spawner sanctuary that is important to the whole bay system. The natural shellfish beds in Mill Neck Creek also provide essential fish habitat.”
Baptista said he was also concerned that dredging clams from the creek would lead to higher bacteria levels there, and that contaminated water would carry into the bay. The dredging could create silt that drift into the bay and smother marine life, according to Friends of the Bay. And, Baptista said, juvenile winter flounder, bluefish and striped bass could die.
As well, the interruption of spawning could have dire effects. “Summer is when the most spawning happens,” Baptista said, “but if interrupted, they would spawn again if the water is warm enough. It’s the long-term damage that is a concern.”
Report an inappropriate comment