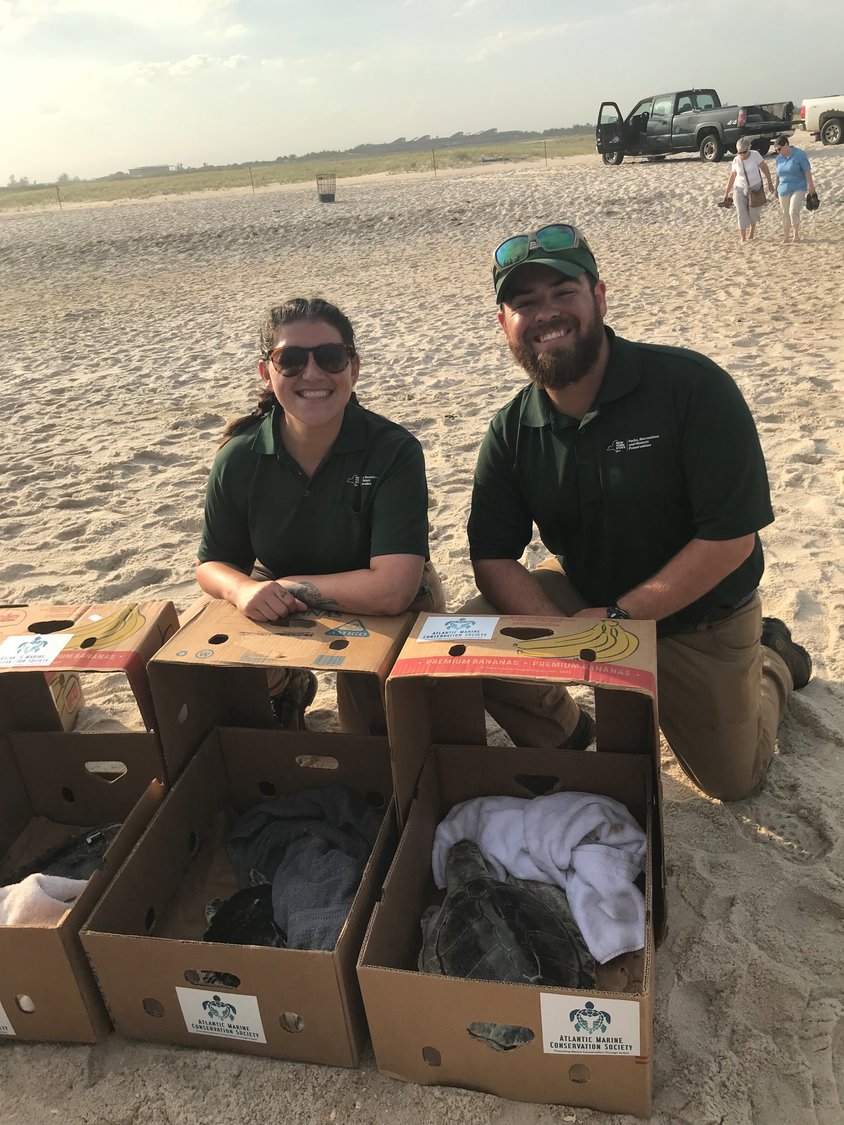 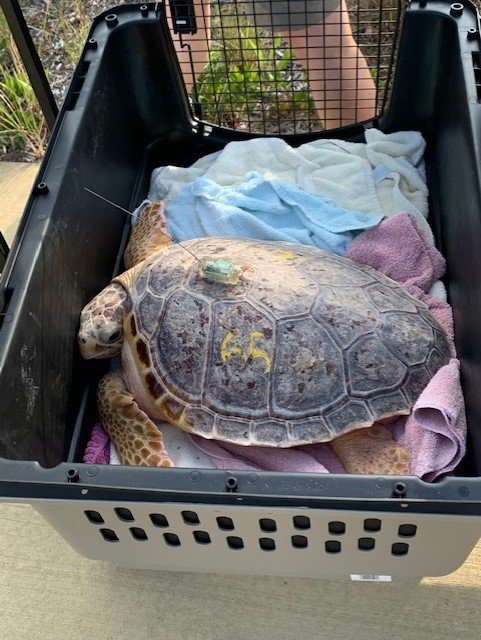 The lone loggerhead sea turtle among the rescued turtles released.
Courtesy of Jones Beach Energy and Nature Center
Previous Next
By Michael Malaszczyk

The relatively new Jones Beach Energy and Nature Center has made it its mission to fight for the conservation of local wildlife. That fight continued recently with the release of endangered animals.

Representatives from both organizations joined with Energy and Nature Center staff Hayden Urysk, Marissa DeBonis, Micaylee Cassidy, and Jeanne Haffner, Regional Director George Gorman, and members of the public to guide them back to their ocean home.

This event marks the first sea turtles that were rehabilitated at the AMSEAS Sea Turtle Critical Care Facility that were able to be released In New York waters.