Learning about Jones Beach at the Energy and Nature Center 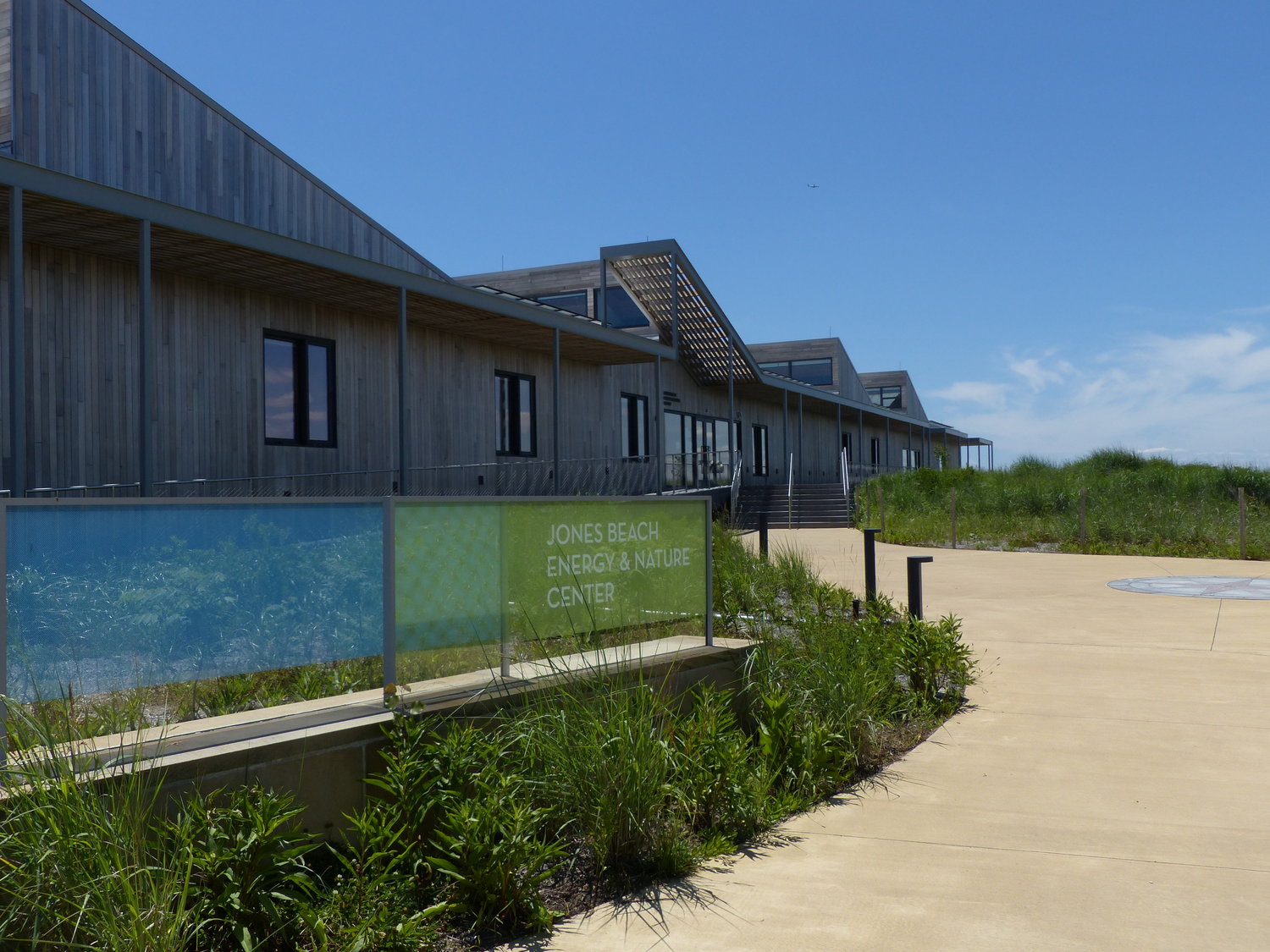 The center hosts a number of exhibits, open to the public, on eco-friendly energy as well as the flora and fauna at the park. As well, the center often holds beach cleanups and educational events aimed at preserving the spectacular variety of nature on Long Island.

The center was built in September 2020 as part of former Gov. Andrew Cuomo’s Clean Energy Initiative, and its staff members are a dedicated group of conservationists, led by Jeanne Haffner, who holds a doctorate in environmental history from the University of Virginia. The director of education, Marissa DeBonis, leads a crew of environmental educators.

“Our big objective is demonstrating the power of nature and the nature of energy,” said Hayden Urysk, one of those educators. “From solar to wind energy, we like to educate people on how we get energy from nature.”

The center’s exhibits detail how Jones Beach was formed, the plants and animals the park hosts and how solar energy works.

One of the exhibits, called Shaping the Shore, explores the history of Jones Beach before Robert Moses began developing it, going back to when it was little more than a sandbar.

The center also features a wave exhibit, a small tank in which visitors can see how sea grass prevents erosion from ocean waves.

Perhaps the most impressive exhibit is the Smart Building — the frame of a house, which demonstrates how solar panels convert sunlight into electricity.

“The Smart Building shows how the solar panels power the house, but it doesn’t stop there,” Urysk said. “The power goes to the grid, so solar panels on one house also help to power nearby houses.”

In the Power Up program, Haffner said, “These training sessions give students an idea of how renewable energy technology and sustainable design works in practice. They learn about building science principles in the classroom, and visiting the center demonstrates these principles in action.”

Also on display are a number of animals in tanks, including Rosco, an eastern hognose snake — a species that is native to Jones Beach — as well as seahorses, a diamondback terrapin turtle, horseshoe crabs, snails and hermit crabs.

“We encourage the public to come by and meet some of our animals,” Urysk said. “It’s a great way of showing people the nature that’s right here in our backyard.”

Some of the events in which visitors can learn about Long Island’s nature include “Creature Features,” at which a variety of local animals are shown and discussed, “Discover the Dunes,” at which visitors are treated to a lecture about the importance of dunes to the ecosystem, and “Birding and Biking,” in which educators take visitors out on the park’s bike paths and detail the many species of birds they can see.

Even the beach cleanups are educational experiences, as the volunteers are taught about the ecosystems they are helping to preserve.

The center, Haffner said, provides hands-on experience for students who be learning about energy and nature in their classrooms, as well as for adults who may learn about them online.