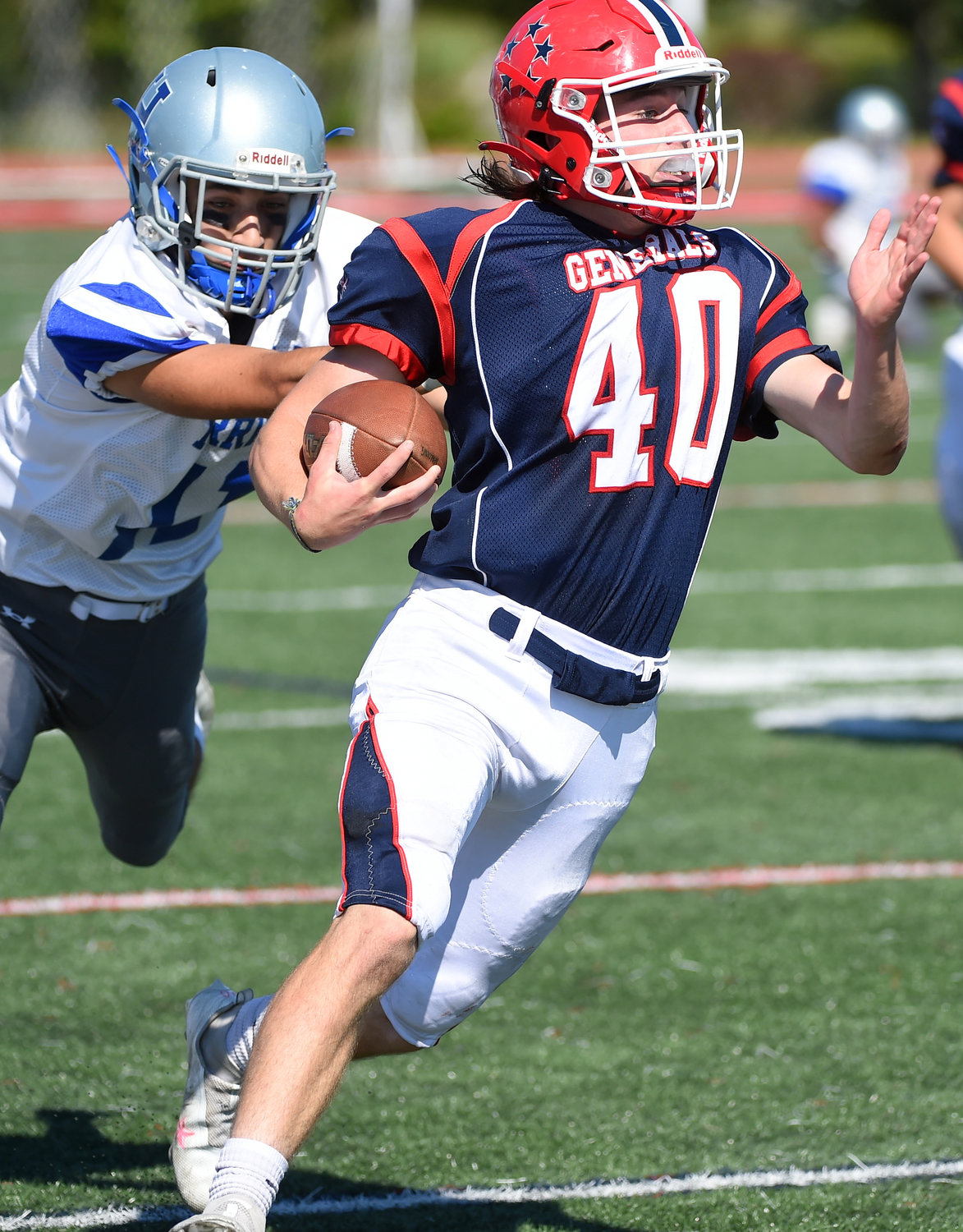 Macarthur kicked off the 2021 season with a strong start powered largely by its defense.

The Generals (3-0 have limited opponents to just three touchdowns in their first three games while outscoring opponents 83 to 21. Despite the promising beginning, longtime head coach Bobby Fehrenbach is taking a measured approach as his team prepares for a challenging close to the regular season schedule.

“Ware just trying to get better every week,” said Fehrenbach, who has guided MacArthur to two county titles in 2002 and 2015. “We have a lot of good athletes and are trying to find that right mix between running and passing.”

MacArthur (3-0) kept rolling with a 28-7 homecoming win against Herricks last Saturday in which the Generals jumped out to a 28-0 lead. Senior running back James Napoli rushed for 157 yards with two touchdowns and junior Joey Forchelli also reached the end zone twice.

The Herricks win followed a dominating 42-14 victory at Valley Stream Central on Sept. 18 in which Napoli had a monster day with a 59-yard touchdown reception and two rushing scores. Napoli finished with 112 yards rushing.

A season-opening 13-0 victory against Long Beach on Sept. 11 was won from clutch fourth quarter plays. With the game scoreless through the game’s first three periods, Napoli rushed for two touchdowns in the game’s final 12 minutes with both conversions on fourth-and goal situations.  He finished with 111 yards on the ground.

“We leaned on him that game since he was one of the top kids coming back for us,” said Fehrenbach of Napoli, who missed a few games in the spring due to COVID-19 contract tracing rules. “He didn’t get to play in all eight games last year, but when he did he took advantage of his opportunities.”

Fehrenbach credits the running game success in large part to his offensive line, which only returned two starters in James Clarkson and Anthony Tufano. Senior center Griffin Shapiro along with Matt Clarkson, John Lozito and Nick Milau have stepped up to fill the void of the graduated linemen.

The Generals defense also stepped up big when it stopped Long Beach at the five-yard line late in the first half. Mario Logozzo and Rocco Hagan recorded eight and six tackles, receptively.

After a short road trip to Mepham this Saturday, MacArthur hosts back-to-back Friday home games starting Oct. 8 against Carey and then Oct. 15 versus Elmont. The Generals then travel to defending Conference II champion Garden City in a rematch of last year’s title game on Oct. 23 at 2 p.m. and then close the regular season at New Hyde Park on Oct. 30.