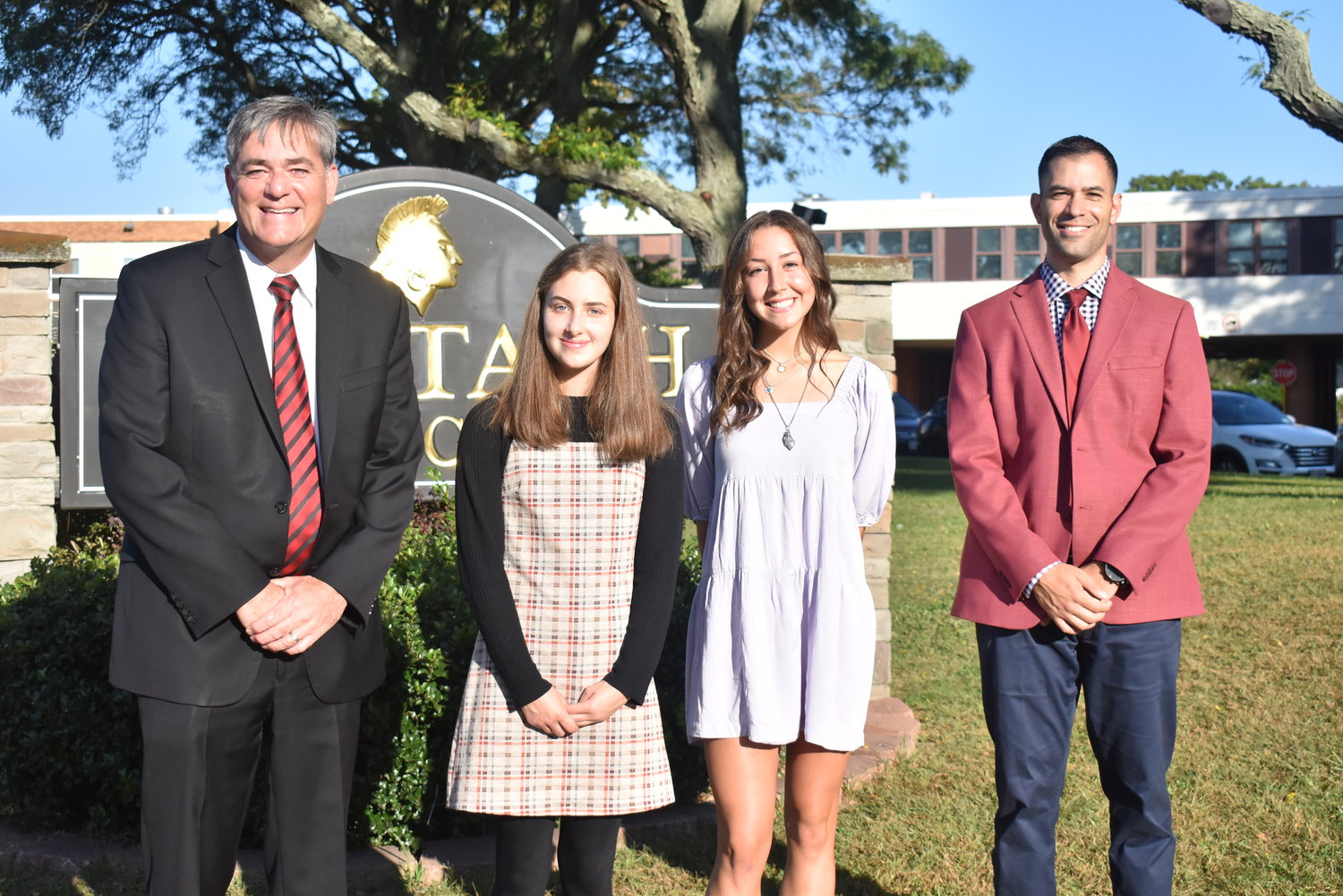 Wantagh High School’s class of 2022 will graduate this month, and at the top of the group are Julianna Rose, the valedictorian, and Skyla Marchesi, the salutatorian.

The support from other students and teachers is insanely high here.”
Skyla Marchesi, Salutatorian
By Michael Malaszczyk

Wantagh High School’s class of 2022 will graduate this month, and at the top of the group are Julianna Rose, the valedictorian, and Skyla Marchesi, the salutatorian.

As a freshman, Rose said, she never expected she would reach the pinnacle of her graduating class. “I barely even knew what valedictorian meant,” she said. “But I knew I wanted to study hard and do the best that I could, and it just turned out valedictorian was in the cards.”

She was also a member of Peer Mentors, Science Olympiad and Wantagh’s a cappella singing group. Outside school, Rose was a choreographer for the children’s theater group at St. Frances de Chantal Church in Wantagh, as well as a religion teacher. In addition, she started a creative writing program for middle school students at the Wantagh Public Library.

Rose is the recipient of numerous other academic awards, including graduating with an AP capstone, being named an AP Scholar with distinction and a National Merit Commended Student. She also won the Harvard Book Award.

Rose said her cousin, Lydia Johnson, inspired her, adding that she “fostered my love of learning and writing.”
Rose said her greatest obstacle was the pandemic, which struck in her sophomore year.

Referring to herself as a “pencil and paper” learner, she said the switch from in-person to virtual learning was a challenge she eventually had to adapt to.

Rose will be attending Cornell University, with a declared major in plant sciences, since she has a distinct interest in hydroponics.

Marchesi also never imagined that she would reach this pinnacle of academics.
“I always saw it as something far out of reach for me,” she said. “But I wanted to challenge myself, and the support from other students and teachers is insanely high here.”

She also participated in Science Olympiad and the Wantagh Animal Rights and Recycling Club, and was Leukemia and Lymphoma Society’s Students of the Year campaign team leader. Outside of school, Marchesi participated in Girl Scouts and helped with school supply and holiday toy drives.

She has received numerous other awards and distinctions, graduating with an AP Capstone diploma and was also named an AP Scholar with distinction.
Her inspirations are her two older sisters, Alanna and Angela, both of whom attended Wantagh High School. Marchesi said the main obstacle she had to overcome was turning from an introvert into an extrovert.

Marchesi will be attending the University of North Carolina at Chapel Hill, with a major in neuroscience on a pre-med track.

Both Rose and Marchesi named AP physics as their favorite class at Wantagh High School, a class they took together.