Survivor recalls aftermath of ‘Night of Broken Glass’ 80 years later — and in Pittsburgh, a chilling echo 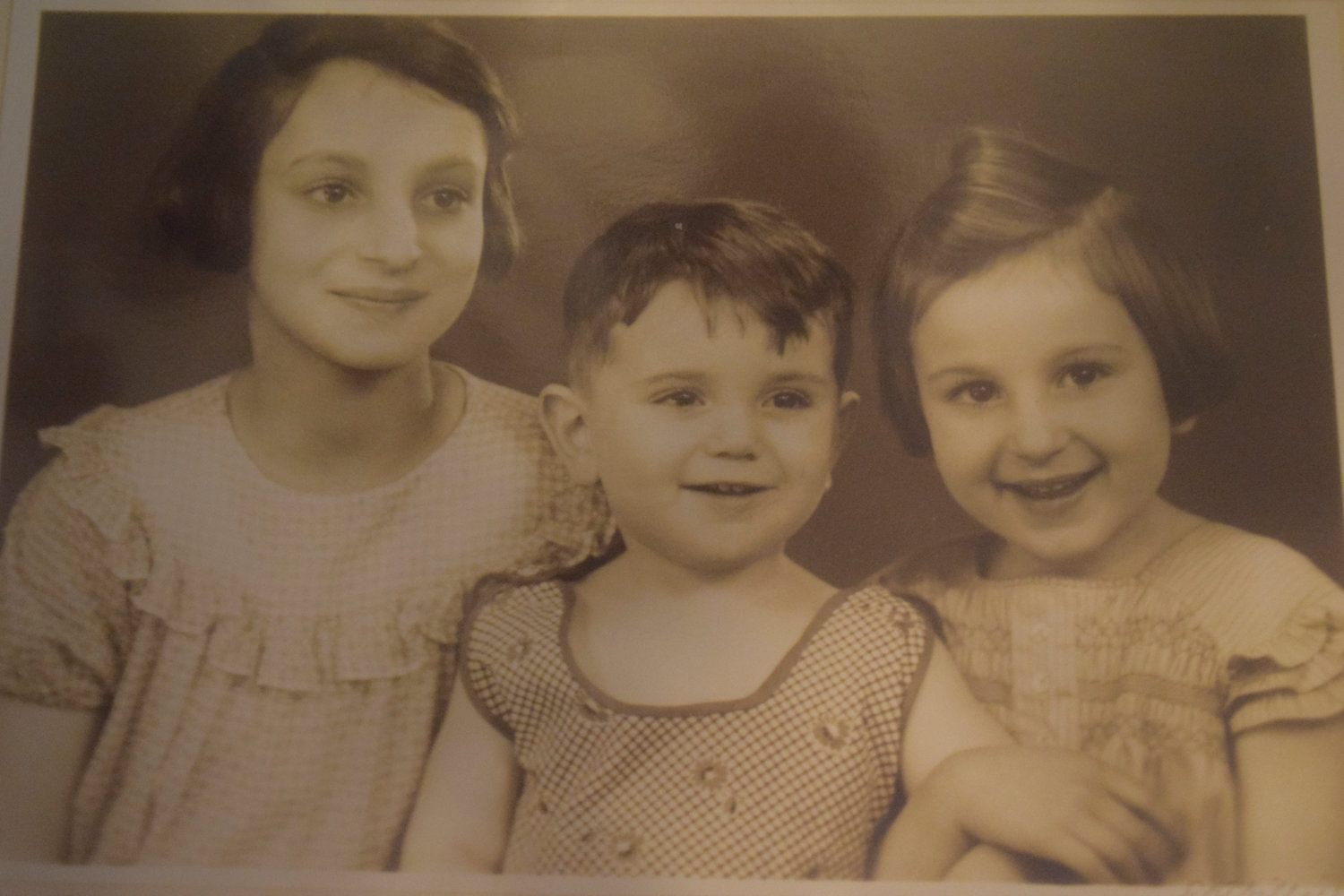 The Bergs left Germany and went to Kenya in 1939. From left were Inge Berg, 9, her cousin Egon, 2, and her sister Jill, 6, that year.
Courtesy Jill Pauly 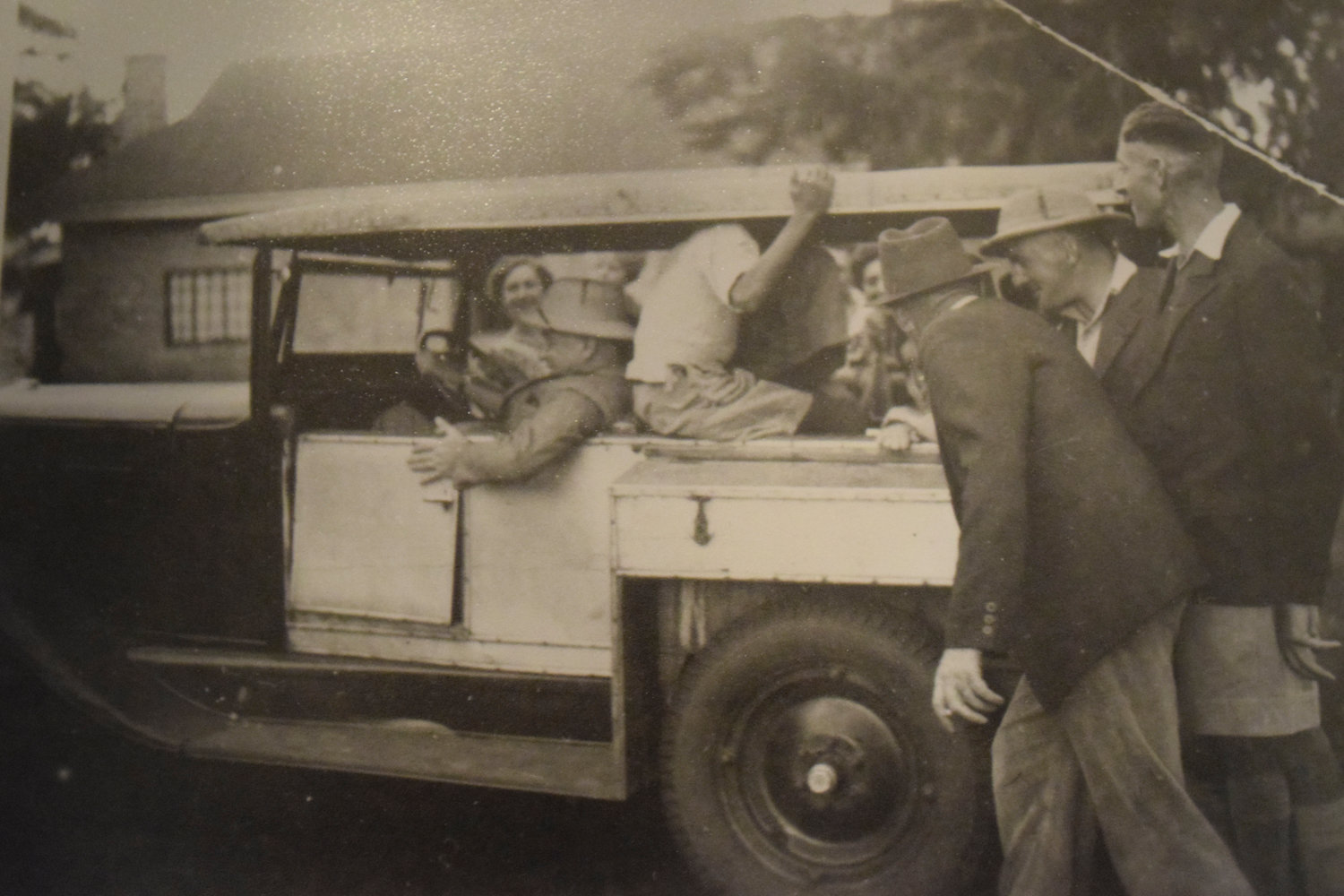 Berg family members on a farm in Kenya in an undated photograph.
Courtesy Jill Pauly
Previous Next

Farming saved a majority of the Berg family from being slaughtered in Nazi concentration camps.

Street smarts and excellent relationships with the non-Nazi Germans and the underground helped us.”
Jill Pauly
By Jeff Bessen

Farming saved a majority of the Berg family from being slaughtered in Nazi concentration camps.

After what became known as Kristallnacht, Jewish men were arrested and sent to the death camps. Jill Pauly, née Berg, said that her father, Joseph, her uncle George and her cousin Ernest were among the roughly 30,000 who were rounded up after the “Night of Broken Glass” on Nov. 9 and 10, 1938. Synagogues were burned; Jewish businesses, homes and schools were vandalized; and nearly 100 Jews were killed.

This year marks the 80th anniversary of what is considered the beginning of the Holocaust, when Nazi Germany initiated its Final Solution plan to rid the world of Jewish people, along with other ethnic groups and people the Nazis deemed non-Aryan.

“It was 9 a.m., and I was sitting in the living room as usual with my grandparents. There was a knock on the door, and I saw my father go to the front to talk to someone, and the man said, ‘You can’t go to synagogue today,’” said Pauly, now 85, recalling what happened when she was 5. She and her husband, Kurt Pauly, 88, who live in Lawrence, have been married for 61 years, and have two children, four grandchildren and two great-grandchildren.

“There [were] phone calls, and we found out what was going on in other areas,” Jill recounted. “Everyone was so frightened. The women were driven to Cologne. The men went deep into the woods. It was helter skelter.” Jill’s family and its ancestors had lived in a large house in what is now Erfstadt, 17 miles outside Cologne, since the late 15th century. They were in the cattle business when the Nazi party rose to power.

Kurt’s family left Germany in 1936, barely a year after the Nuremberg Laws were instituted, and went to Palestine. The laws excluded Jewish people from German life and deprived them of German citizenship. “My father said we not only have to leave Germany, but Europe,” Kurt remembered. He had fought for Germany in World War I, and saw how quickly they occupied Europe.”

A home defiled
At the Berg home, furniture was thrown out the windows. All of the prayer books from Jill’s grandfather’s shtiebel — a small synagogue — were tossed into manure. “There were no animals in the stables — you couldn’t work the farm,” she said. The women had returned shortly after Kristallnacht, but didn’t remain. Her mother, Clara, retrieved the prayer books.

Jill’s father, uncle and cousin went to Holland without identification papers and were arrested. Her father had a nervous breakdown, she said, because everything he had was in Germany. Her maternal grandmother was battling cancer. There were hiding places that gave her older sister, Inge, then 9, nightmares. In 1939, Jill began attending school in Cologne, but she was fearful, she said, of what was happening.

Amid the horror came fortuitous help. Germany was still willing to allow Jewish to leave, and Kenya, then a British colony, needed farmers. Kofi Strauss, who had a successful chemical business, and his English-educated brother, Herman, who worked for the British government in Kenya, helped the Berg family get the required papers to leave. The Bergs, 19 in all, were among 1,000 refugees from Czechoslovakia, Germany and Poland who went to Kenya. “He was an angel,” Jill said of Kofi Strauss, who married one of her cousins.

A freighter took the family from Germany to Genoa, Italy, and then on to Africa. They lived in Kenya from 1939 to 1947. “It was very creepy as a child,” Jill recalled. “While we were in Kenya, none us of knew about the concentration camps, and [we] didn’t know about the rest of the family left in Germany.”

The family made its way to the U.S. and settled in Vineland, N.J., in 1950. Within five years, its cattle business was flourishing, Jill said. “Street smarts and excellent relationships with the non-Nazi Germans and the underground helped us,” she said.

A chilling reminder
It happened again. That was how Rabbi Moshe Cohn’s email from Israel began after the mass shooting in Pittsburgh by an alleged anti-Semite last weekend.

“You asked what Kristallnacht should/could mean as we move forward,” Cohn, the head of the Jewish World Section of the International School of Holocaust Studies at the Yad Vashem in Jerusalem, Israel’s official memorial to the victims of the Holocaust, wrote to this reporter.

Kristallnacht will be remembered by Kehillas Bais Yehudah Tzvi, commonly called the Red Shul, at its annual commemorative retrospective in Cedarhurst on Nov. 7 at 8 p.m. Theodore Roosevelt IV is scheduled to be the guest speaker — the first non-Jewish speaker in the event’s 15-year history, according to Alan Jay Gerber, an event co-chair. The synagogue is at 391 Oakland Ave., and the event is free and open to all. There will be separate seating for men and women in the main shul.