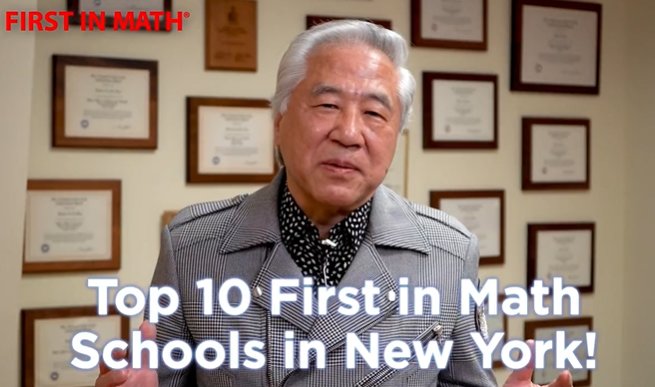 “In total, Valley Stream students in these four schools have solved about 3.9 million math problems in the past four months,” First In Math founder, Robert Sun told the Herald. Sun, an advocate of anxiety-free math and author of several articles on the subject, designed First in Math to “leverage the power of digital technology and provide children immediate feedback without judgment.”

“The fact that three of our schools placed in the top ten is wonderful, but not surprising,” said Dr. Constance Evelyn, Superintendent of Valley Stream Union Free School District Thirteen. Dr. Evelyn cites the dedication of the district’s teachers to the academic success of the students. “Our teachers are nurturing a love of learning in their students and develoing students who embrace new challenges. This is wonderful recognition for our schools and a testament to the dedication and hard work of our teachers and administrators,” she further stated.

The New York State Department of Education awarded First In Math a five-year contract to provide licenses for one million K-5 students throughout the State annually, at no cost to the schools. First in Math is in the second year of its contract, and currently more than 10,000 schools in NYS use the online program. NYS students have solved more than 120 million problems in the past few months.