Wantagh H.S. student looks back on day he became a hero 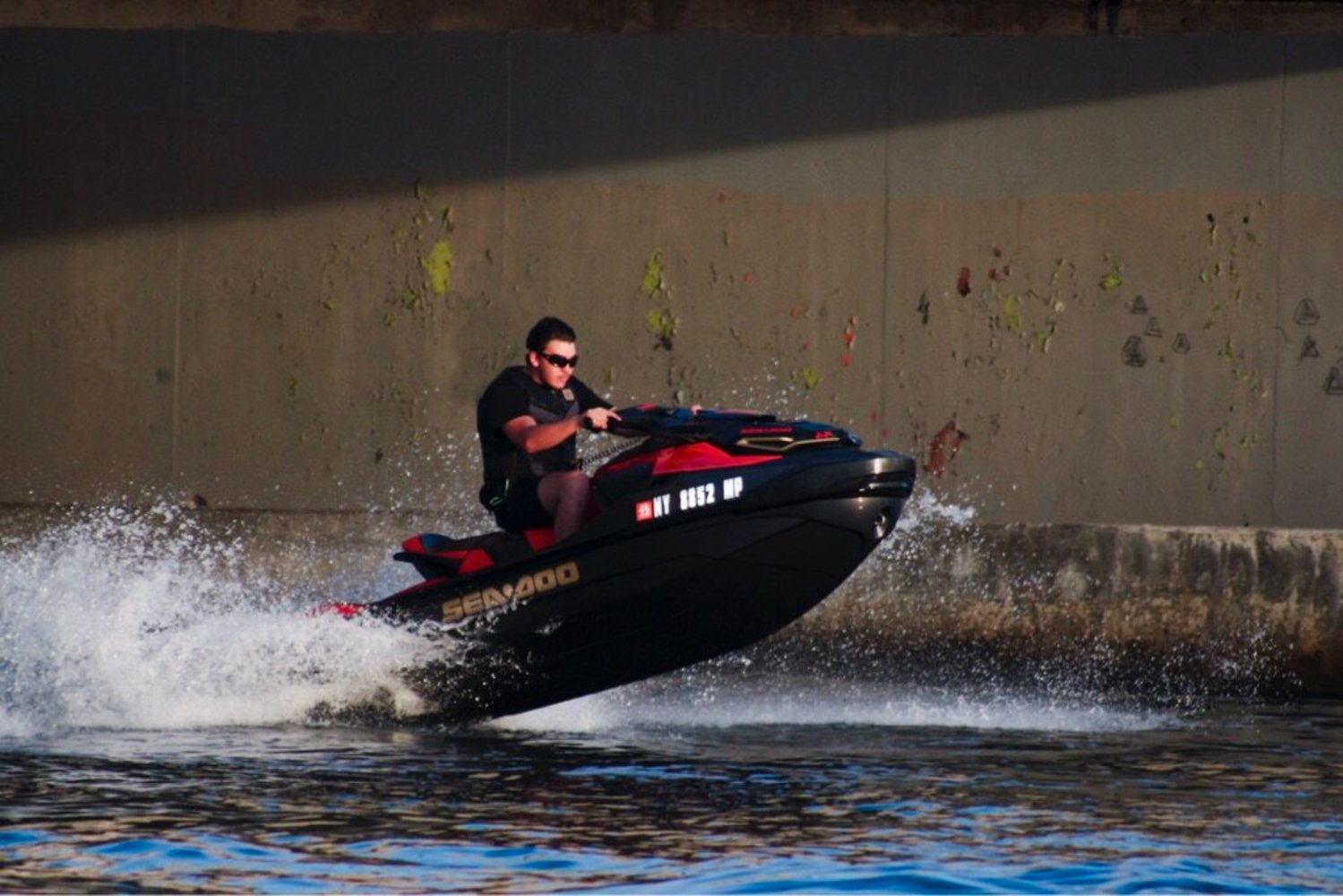 Wantagh resident Ramy Latif rides his Sea-Doo in the bay. A year ago, he saved the life of a victim of an accident on the water.
Courtesy Cheryl Latif 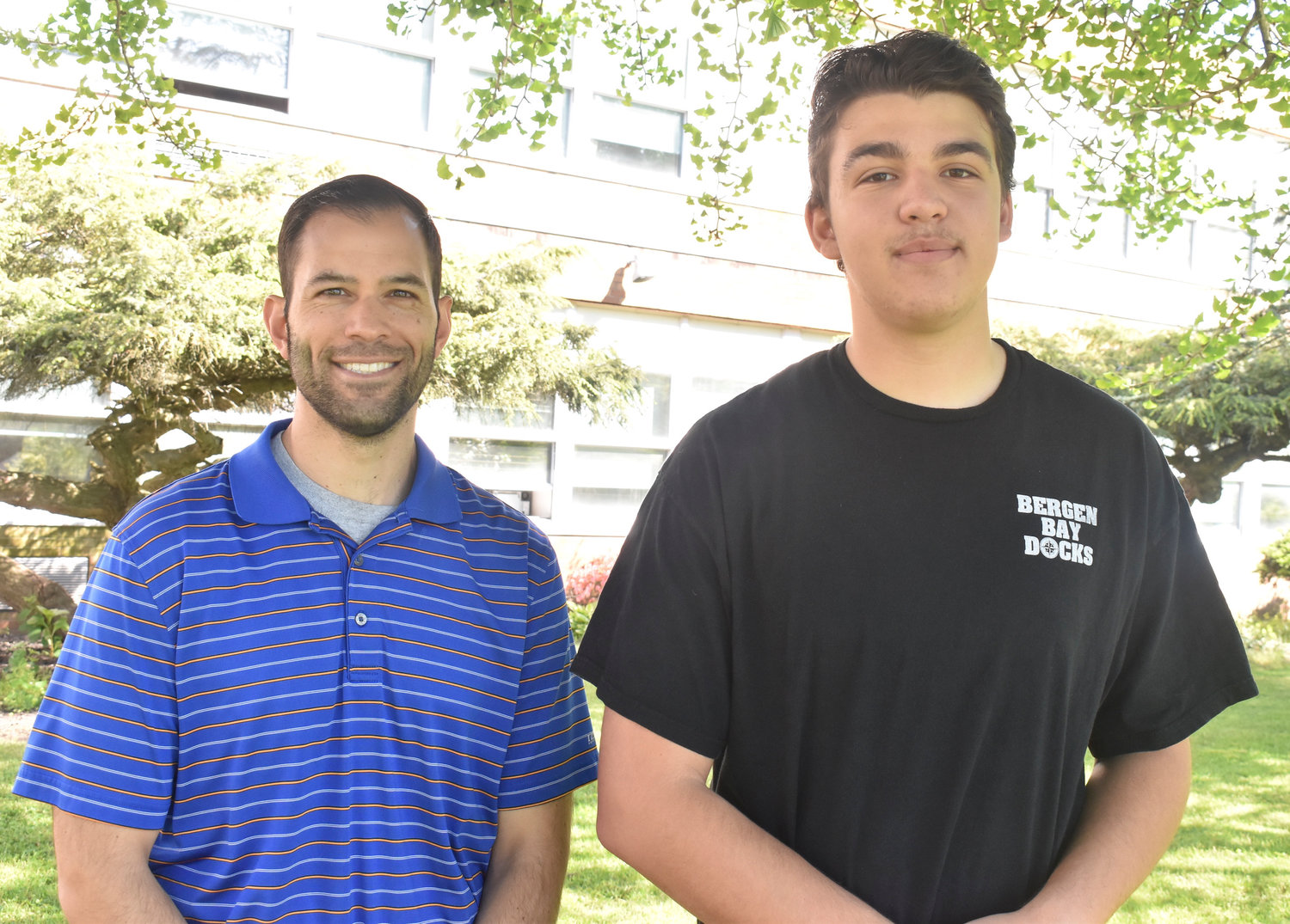 Wantagh High School freshman Ramy Latif rode his Sea-Doo in the bay near the Wantagh Parkway Bridge in Seaford on what started out as a normal Friday about a year ago. Little did Latif know he was about to help save a woman’s life.

On June 25, 2021, Latif noticed something in the water right under the bridge. He saw a number of people on the bridge who had gotten off their bikes, and they were shouting and pointing down at the water. That’s when Latif saw a crashed personal watercraft, and blood in the water.

“I move closer, and near the crashed jetski I see a man swimming, carrying an unconscious woman,” Latif recounted. “The woman’s head was caved in — I knew she was not all right.”

The man was 35-year-old Shane Rossi, and the woman was his girlfriend, Pamela Gonzallez, 28. The two had been out for a ride in the bay, with Rossi in his new boat and Gonzalez following in a jetski, when Gonzalez crashed into the bridge.

According to Rossi, he had just bought a new boat, and the couple celebrated with a ride out in the bay, where Gonzalez would learn how to ride the personal watecraft. “She was doing pretty well,” Rossi said. “So we moved further out into the water where you could drive faster.”

As they were going under the bridge, Gonzalez got too close to the bridge wall and accidentally hit the throttle instead of the brakes, slamming into the wall. Rossi heard the crash, stopped his boat and jumped into the water to save Gonzalez. The anchor on his boat, however, had failed, and the boat was being carried away by the current — with Rossi’s dachshund on board.

Rossi had no choice but to head for the beach, carrying Gonzalez. The current began to pull him too, making it a difficult task. Rossi estimates he swam for about three minutes, although he said, “it felt like an eternity.” That is when Latif sped to the scene in his Sea-Doo.

“Thank God he had shown up,” Rossi said. “I put Pamela up on the watercraft and noticed her leg was also broken.”

Latif drove Gonzalez and Rossi back to Rossi’s boat, which had luckily run aground on a marsh. They were able to push the boat back into the water, call 911 and get to a beach. Gonzalez was airlifted to a nearby hospital, where she remained for eight days.

For Rossi and Gonzalez, the past year has been marked by surgeries and recovery. Gonzalez suffered a fractured skull and a broken femur and lost vision in her right eye. She has undergone four surgeries on her femur and has been mostly bedridden for the past year.

Their outlook, however, remains positive — when Gonzalez is able to go out, they still enjoy going out on the water, and both are optimistic about Gonzalez’s continued recovery. They said they are forever grateful to Latif.

“He’s a friend for life now,” Rossi said. “Let me just say that if it weren’t for him, we would have been in a lot of trouble. Ramy really saved the day. He saved Pamela’s life.”

For Latif, the memory of the incident sits with him every day, and he has been profoundly affected by it.

“It really put things into perspective,” Latif said. “This sort of thing could happen to anyone, any place, any time.”

Latif said he also wants the Wantagh-Seaford community to feel a sense of responsibility toward one another.

“It’s important to see these kinds of things as not necessarily something to be proud of, but something we are obligated to do,” Latif said. “When you see something like this, it’s no longer a choice. You have to do it.”