Wantagh Library: The ‘Family Place’ to be 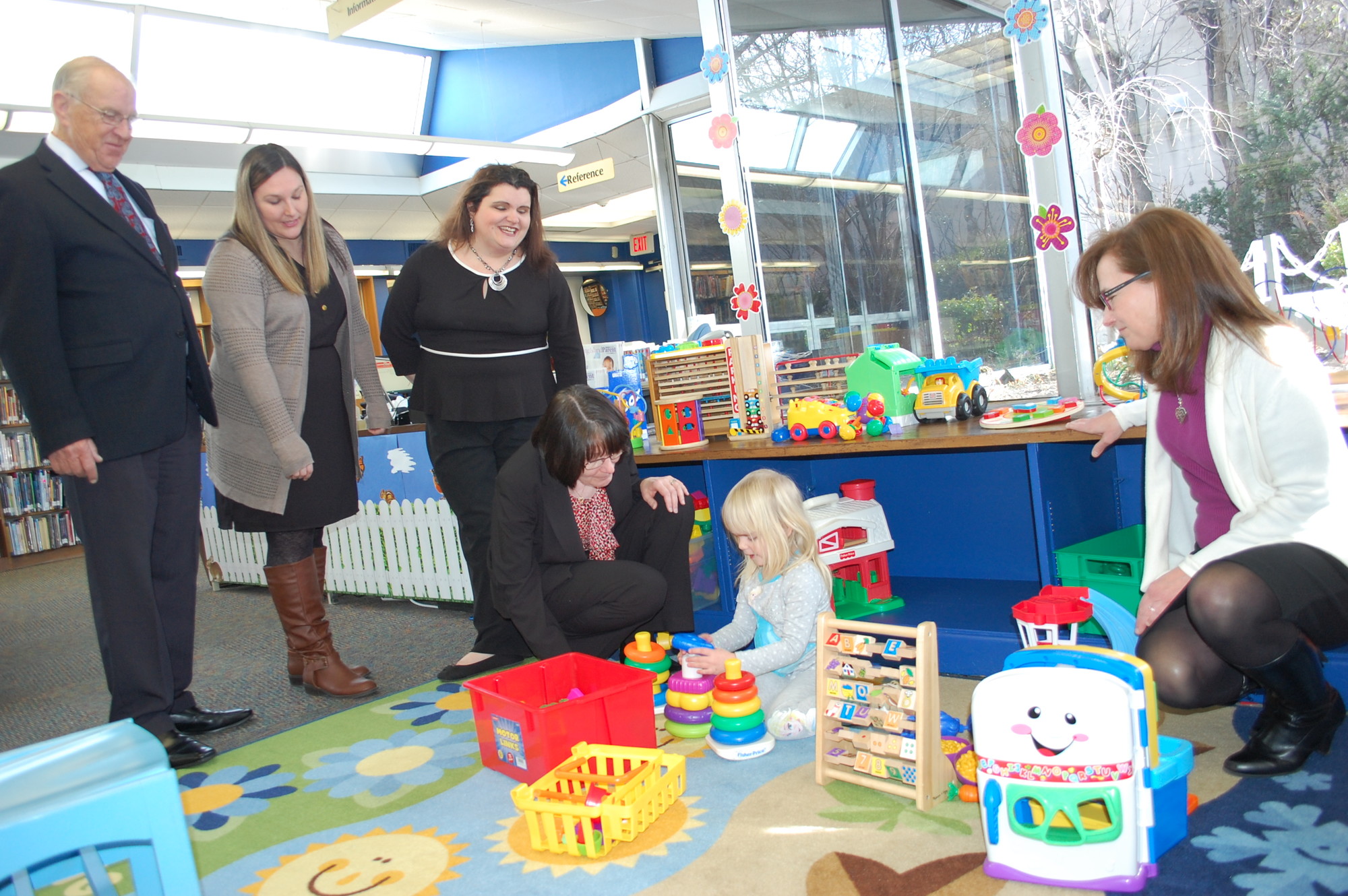 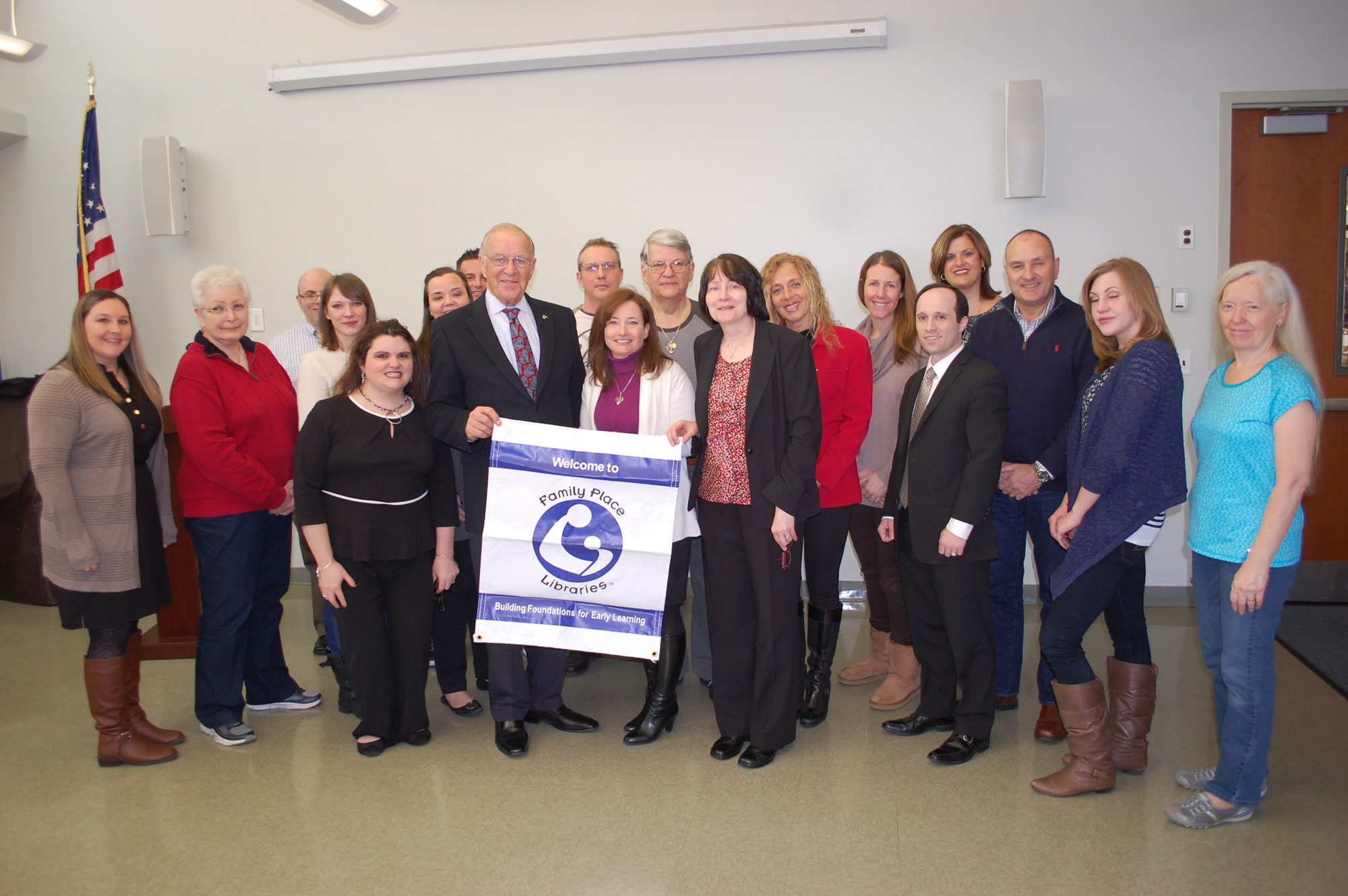 The concept of the Family Place Library is to get away from the “shhh” library mentality and create an environment where a little bit of noise is OK.

Wantagh is now a Family Place Library, joining a network of public libraries across the country that foster early literacy. The movement began at the Middle Country Library in Suffolk County, and has grown to include more than 400 facilities in 29 states.

“I’m proud that we could offer such a great program to the community,” Wantagh Library Director Maggie Marino said following a presentation for staff about Family Place Libraries on March 3. “The feedback’s been great.”

Marino and children’s librarian Susan Finck spent three days being trained in late 2014, and since then have been implementing the necessary changes. That has included adding more toys, creating a play area in the children’s department and establishing more programs for children and parents.

Part of the concept is that children from birth through pre-school learn just as much through play as children in kindergarten and older learn by reading. The library now has many toys, including blocks, puzzles, tunnels, a puppet station and a kitchen set. This is designed to provide children with social and emotional growth opportunities by encouraging them to play with other kids or adults.

“We have many more patrons coming into the library on an average day,” Finck said, adding that the children’s play area is rarely empty. “It’s part of their schedule.”

Michelle Kenney and Kristen Todd-Wurm, of Family Place Libraries, led the presentation to Wantagh’s staff last week and visited the children’s department to see how the library has implemented the concept.

“It involves a lot of work,” Finck said about having the designation, “and I wanted everyone to understand why we’re doing it. Nobody does it alone. It’s a team effort.”

“They’ve done a wonderful job,” Todd-Wurm added. “It looks great, welcoming. If the library is open, there should be a space for parents and children to come together and play and learn.”

She added that there are many clusters of Family Place Libraries, including on Long Island and in California, Pennsylvania and Texas.

Another mission of the program is to put parents in touch with “resource professionals” in the communities such as doctors, speech therapists, educators and others who can offer practical advice on the early development of children.

Jennifer Bomparola is one parent who has taken advantage of the Family Place Library offerings, and attended a presentation by a pediatric dentist. She particularly enjoys the Parent/Child Workshops, which are typically held once a month. The class has different stations for children, where they can play with various toys or do arts and crafts under the supervision of library staff, while parents hear from one of those “resource professionals.”

“That’s probably my favorite class,” Bomparola said. “You learn a lot, plus the kids get to still have fun and play.”

Bomparola said that the best part of having a Family Place Library in her community — and down the street from her house — is that it has given her the opportunity to meet other parents of young children in Wantagh. She and her son have both made friends at the library.

Assemblyman David McDonough, who attended last week’s presentation, serves on the Assembly’s Education Committee and said he was impressed with what Wantagh now is offering. “This is quite a program,” he said. “I like the fact that this is offering a service to parents, especially in those early developmental years for their child.”

McDonough added that the Family Place Library program in Wantagh is one reason why the state should provide more funding to libraries. Finck said that Wantagh did receive a grant that helped fund many of the purchases.

Bomparola explained that most of the activities she does with her son outside their home are at the Wantagh Library, because the programs are either free or offered for just a small fee. “We’re there all the time,” she said. “There’s so many things that are offered there. People should take advantage of their local library.”