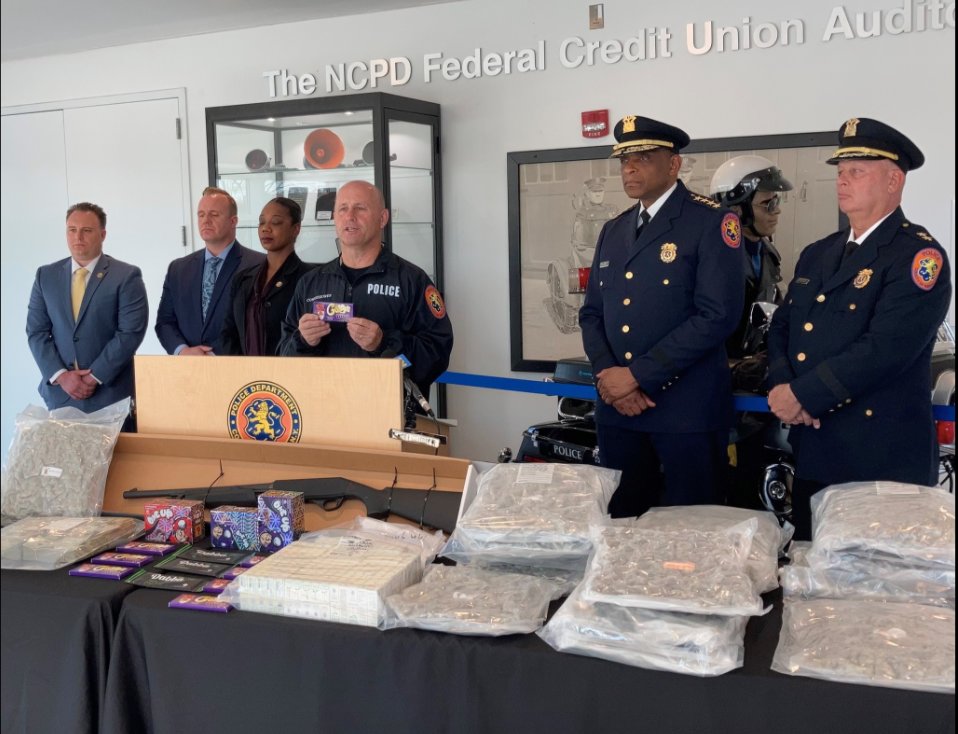 Nassau County Police Department Commissioner Patrick Ryder discussed the Wantagh arrest on Nov. 18 in Garden City.
Courtesy NCPD
By Mallory Wilson
A Wantagh resident was arrested this week after police uncovered over two-dozen bags of marijuana and other substances, according to the Nassau County Police Department.
Anthony Salina was arrested Wednesday night after he allegedly threatened his wife.
At a press conference in Garden City on Nov. 18, Commissioner Patrick Ryder said police also discovered 28 hallucinogenic mushroom candy bars and 3 THC candy bars in Salina's home.
"Drugs, money, guns, altogether – right in a residential home here in Wantagh, Nassau County," Ryder said during the conference. "Not good for the neighborhood, not good for us in the community."
Ryder said the chocolate bars laced with psilocybin mushrooms appeared as a "Willy Wonka chocolate bar."
"This here shows you the black market is alive and well," he said during the press conference. "These items are still hitting our streets."
Salina, 38, was arrested on multiple charges, including  criminal possession of a controlled substance and cannabis. He is due back in court later this month. If he is convicted, he faces up to 25 years in prison.