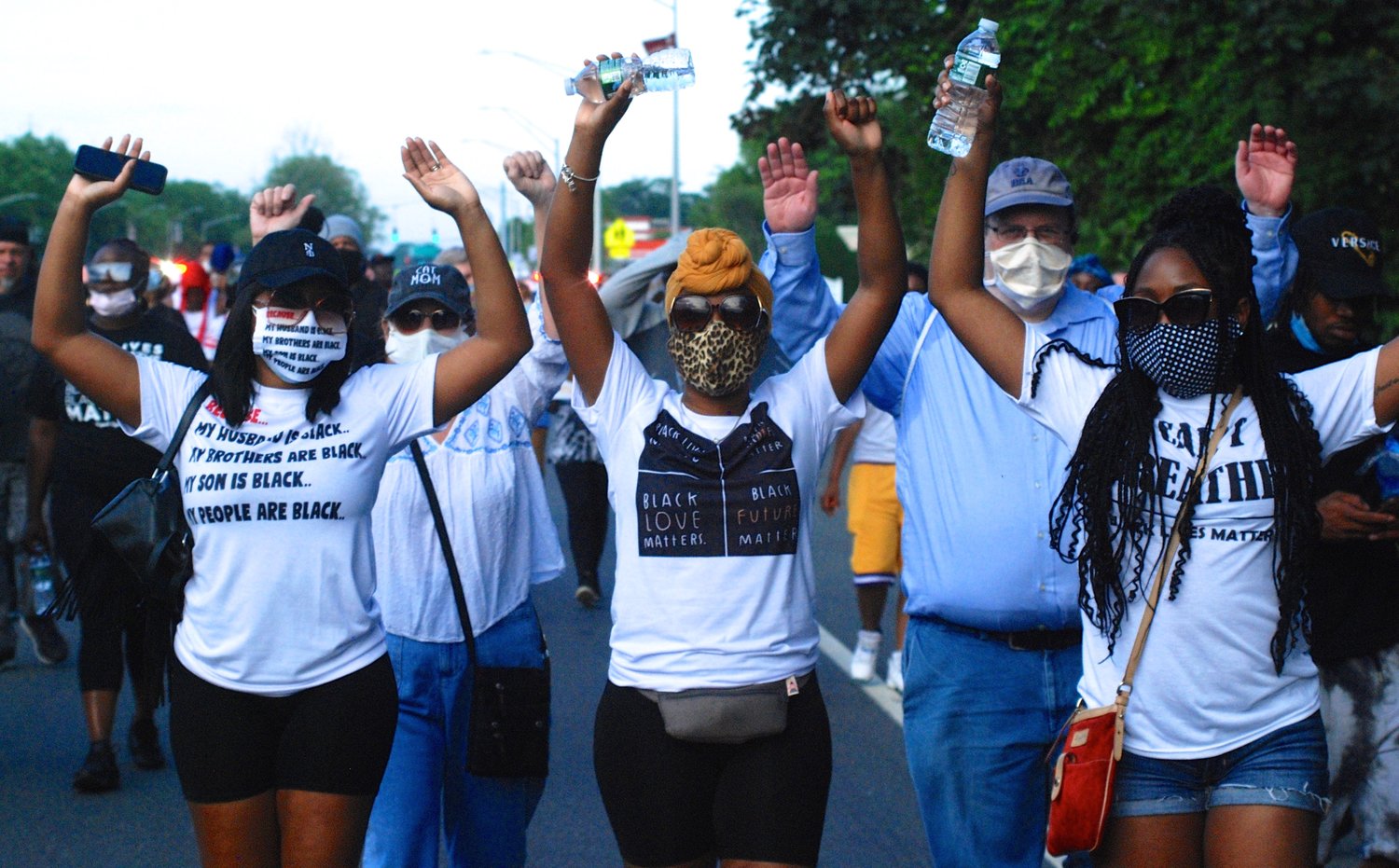 These women raised their arms high while chanting, "Hands up, don't shoot," at the Black Lives Matter protest in Merrick and Bellmore on Thursday.
Scott Brinton/Herald 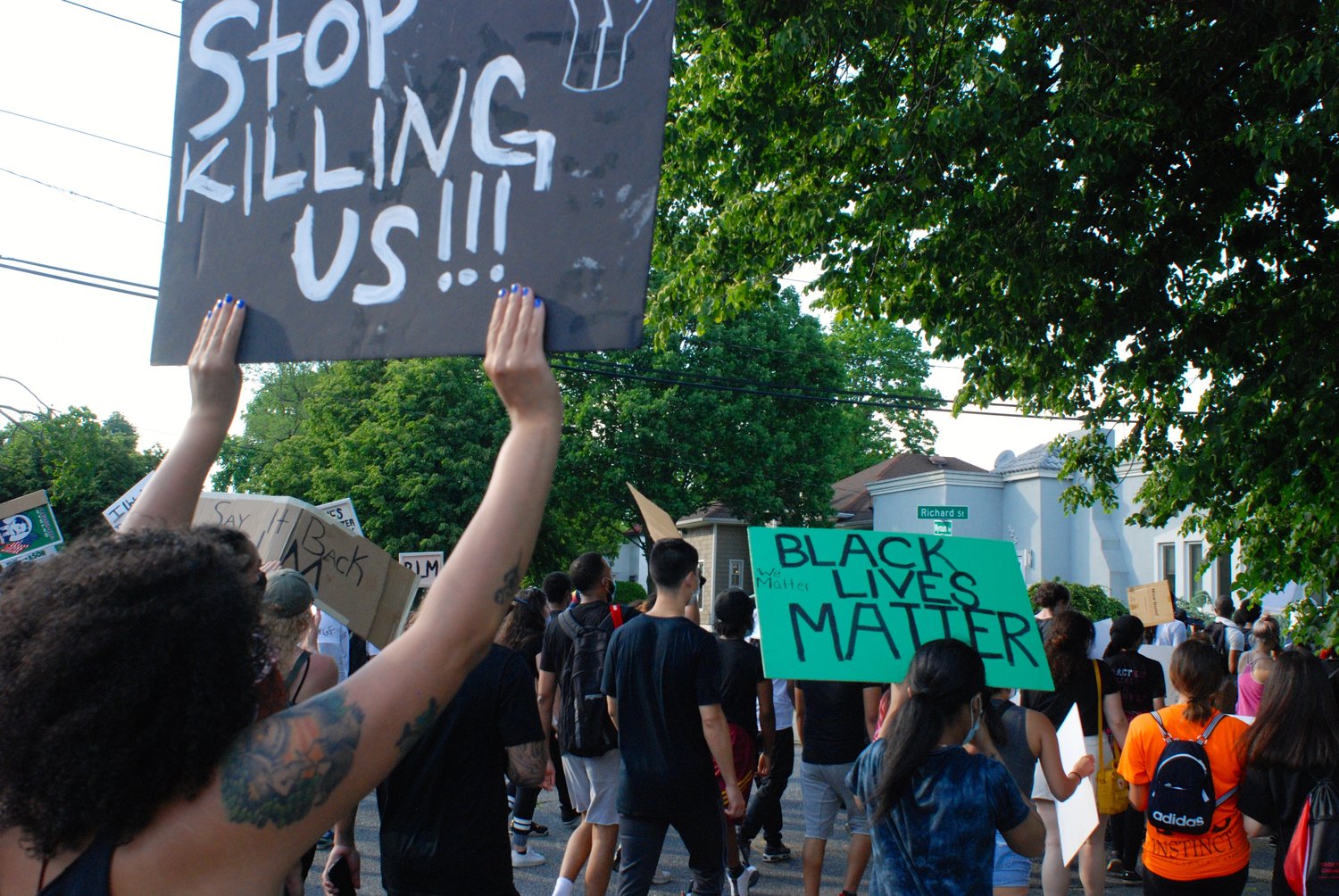 This sign made a simple, but profound plea.
Scott Brinton/Herald 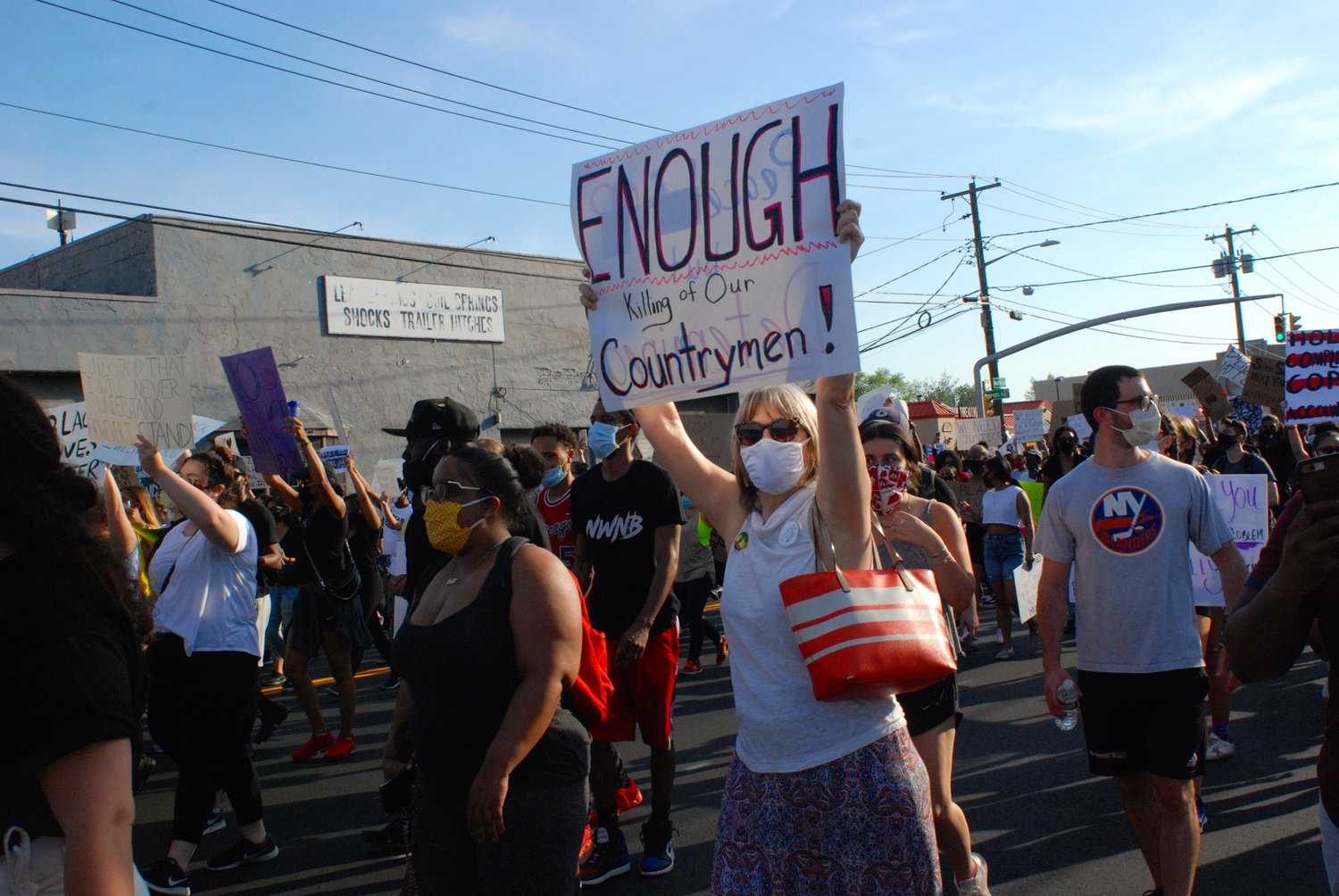 Protesters on the go on Merrick Road in Merrick.
Scott Brinton/Herald 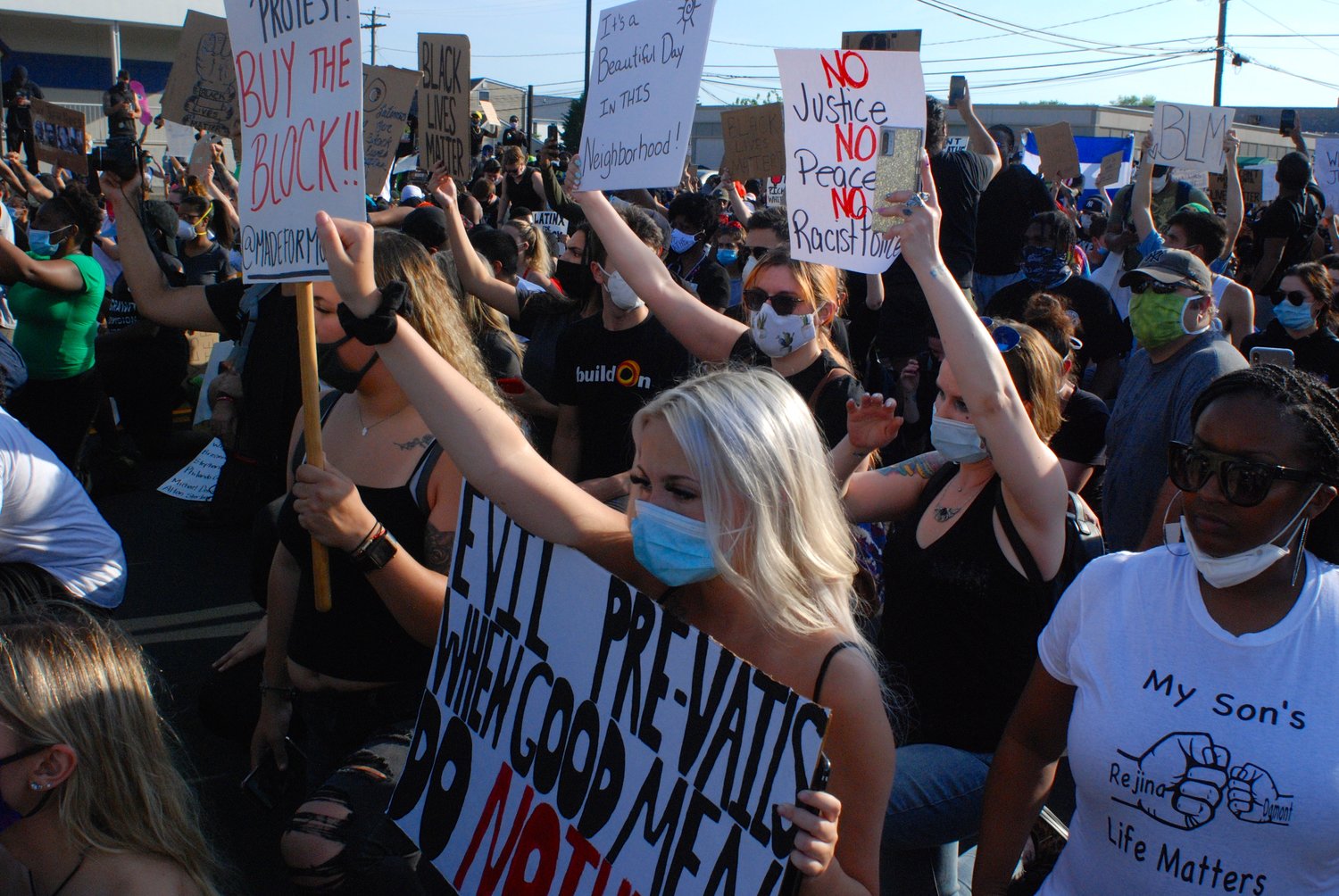 At the corner of Merrick and Newbridge roads, the dividing line between Merrick and Bellmore, protesters knelt down on the pavement in honor of George Floyd, who died in their custody.
Scott Brinton/Herald 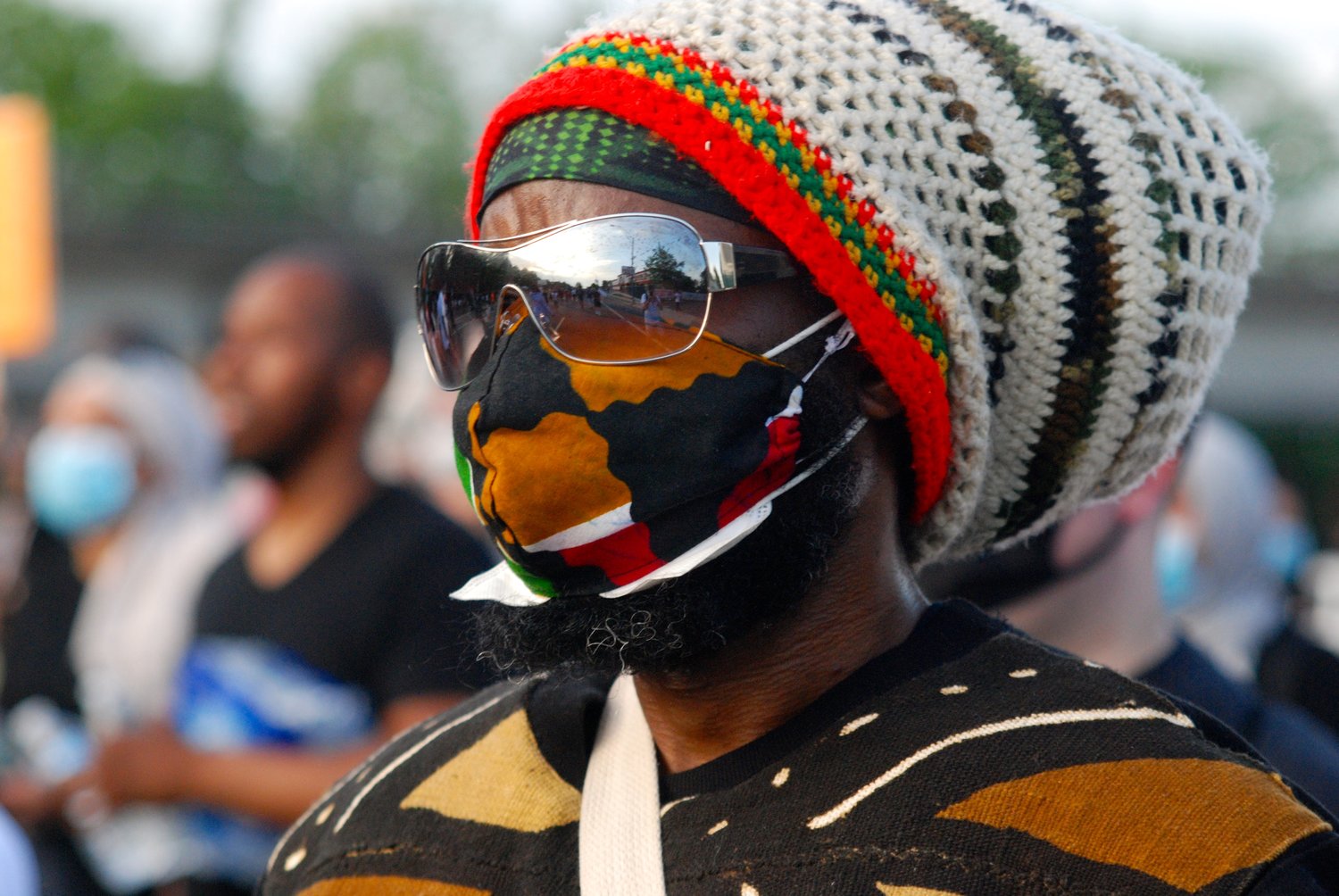 Vernon Hutchinson, an attorney from Brooklyn, came dressed for the occasion.
Scott Brinton/Herald 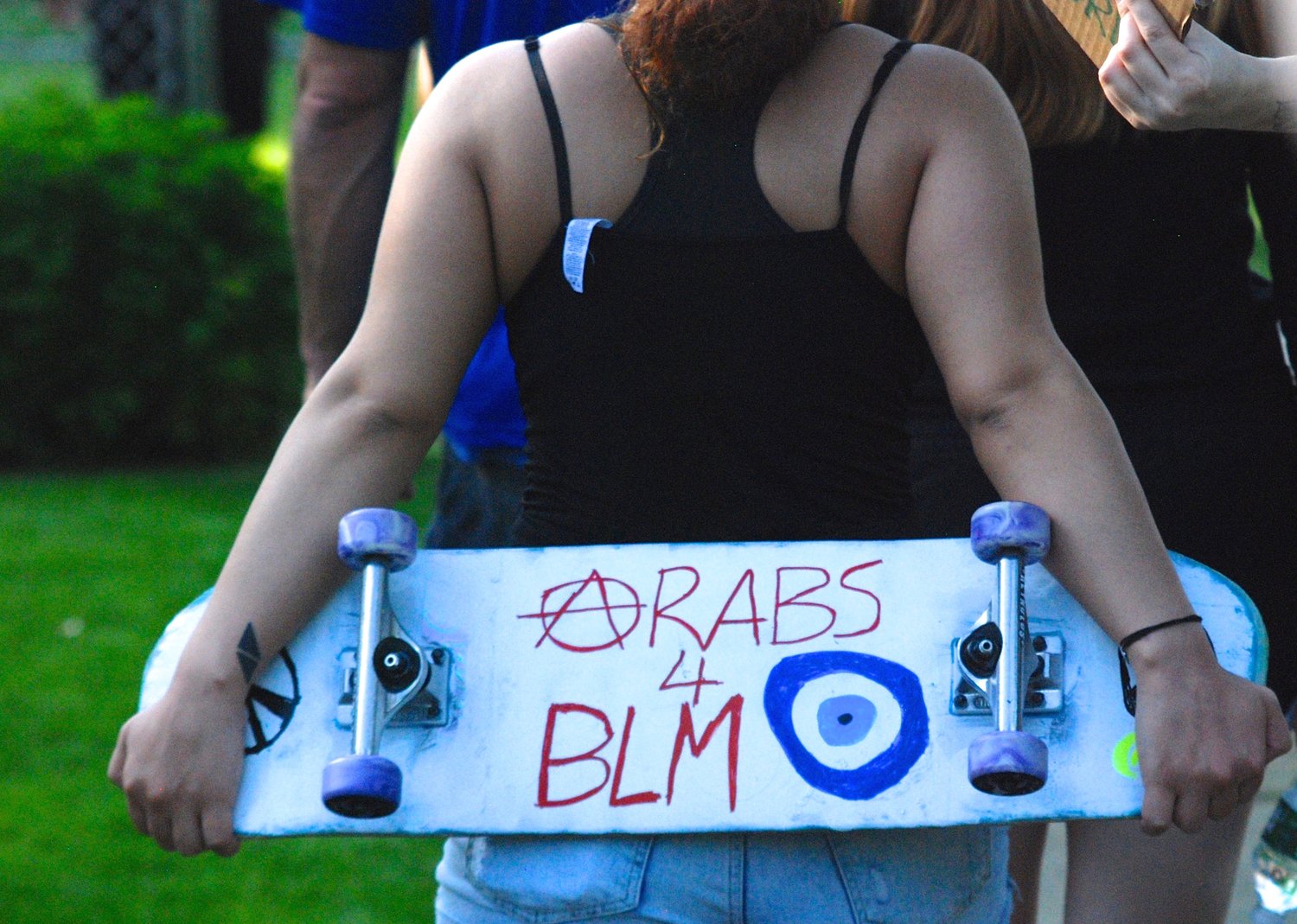 Protesters used all manner of objects to get their point across.
Scott Brinton/Herald 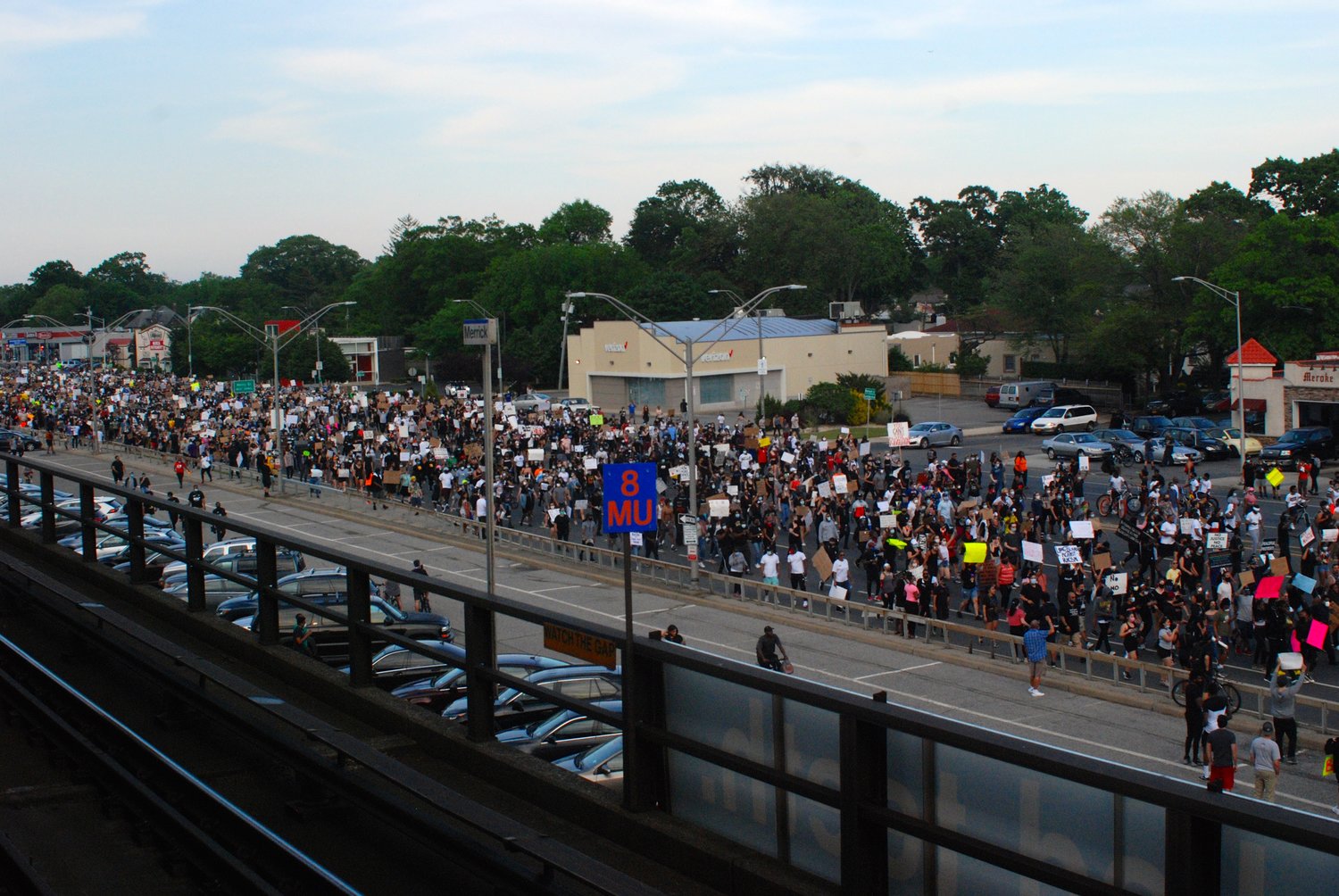 For a third straight night, Black Lives Matter demonstrators convened in Merrick and Bellmore to protest the killing of George Floyd by a Minneapolis police officer and the systemic racism that is pervasive in society.

And, for the third straight day, the crowd grew — this time by thousands.

When protesters marched west on Sunrise Highway from Bellmore into the Merrick, toward the end of the protest around 7:30 p.m., a sea of people stretched from one end of the Merrick Long Island Rail Road station to the other, and beyond.

It became one of Long Island's largest BLM protests to date.

For the third straight night, Heralds Executive Editor Scott Brinton was out with the protesters from start to finish, capturing the night in photos, video and text. Herein are some of his images and a video of the moment protesters arrive at the Merrick train station.

In all Thursday, the protesters traversed six miles. The demonstration began at the Merrick station, headed south through local streets, then east on Sunrise Highway, north through more side streets to the Sunrise, and back to Merrick.