Broadcasting for a kidney donor 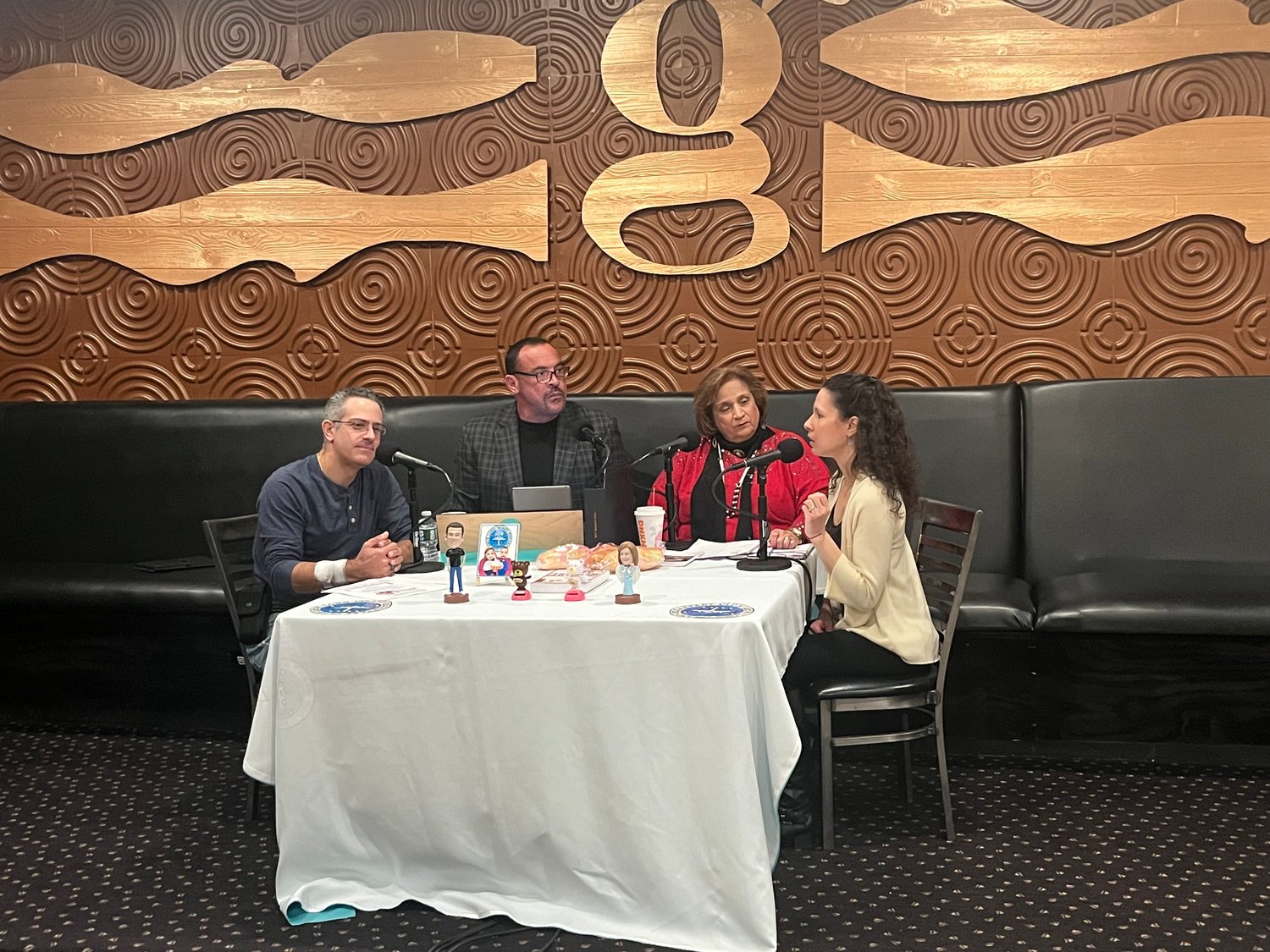 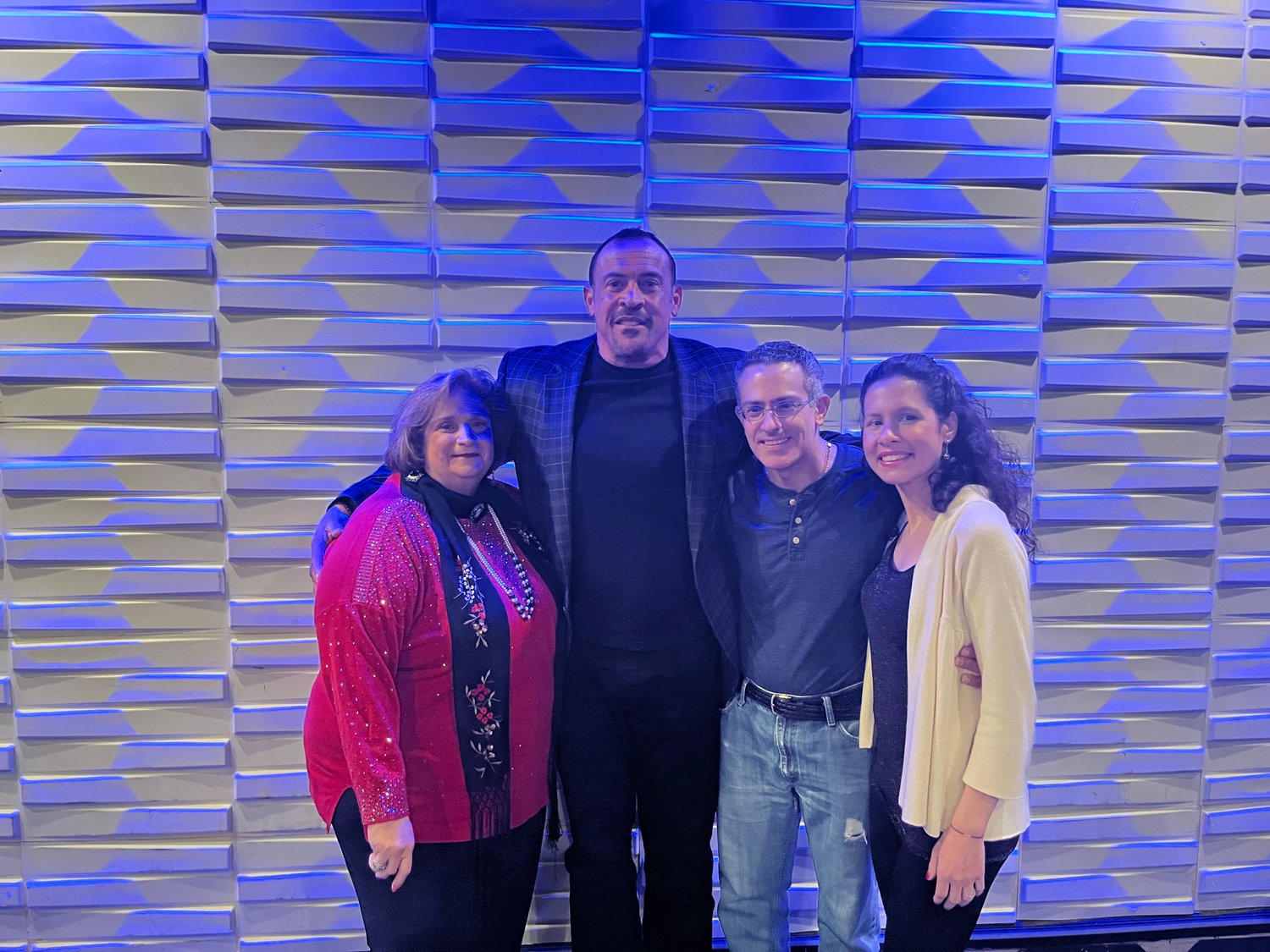 The Long Island Breakfast Club show hosts found one potential kidney donor for Eric Peluso. Unfortunately that person was not a match. Show hosts Valentina Janek and Gregg Cajuste, left, with Eric and Michele Peluso.
Lisa Margaria/Herald
Previous Next
What is the L.I.B.C show?

The Long Island Breakfast Club show was originally created to help those seeking employment after losing jobs in middle age. It is recorded at G’s Dance and Night Club in West Hempstead, and hosted by Valentina Janek and Gregg Cajuste. Janek described the show as “a live networking group,” and “a community of people who help each other.” To watch the Breakfast Club show, tune into G’s Club Facebook live broadcasts on Mondays at 11 a.m. and Thursdays at 5 p.m.

Late last year, Peluso’s kidneys failed — a long-term effect of the kidney disease caused by Alports Syndrome, a genetic disorder Peluso, 39, was officially diagnosed with at 33.

He receives dialysis treatment three times per week for three and a half hours. “Dialysis is what is needed for Eric right now because his kidneys failed,” Peluso’s wife Michele said, “but it’s not good long term because it starts to break down the body.”

The possibility for a successful kidney transplant is best from a living donor, Peluso said. One of the many efforts that Peluso and Michele have taken to find a live donor happened on March 15. The couplle reached out to  musician Jim Altamore, a Brooklyn native who sang at the couple’s wedding.

Peluso asked Altamore to spread the word about his need for a kidney donor. Roughly five days later Altamore put Peluso in contact with Janek, who posted the need for a kidney on Facebook on March 23, which caught the eye of a potential donor, Christian, who declined to use his last name. Christian immediately considered the opportunity to help Peluso, contacting Janek right away.

“I saw her post last night and I thought: we need each other in the world,” Christian said, also noting that it is possible to live a full life with just one Kidney: “My dad, when he was 20-years-old, he lost his one kidney — and he’s 80-years-old right now.”

On March 24, before speaking on the Breakfast Club’s show at G’s Club, the Pelusos met Christian for the first time in person. “We never knew who [the potential donor was],” Michele said, “that’s how quick it happened.”

The next step was finding out if Christian’s kidney was a match, and, at the time of the Breakfast Club’s show, Peluso could not estimate how long that would take. “We really don’t know, because we’ve never gotten that far,” Peluso told Cajuste.

Unfortunately, the Pelusos found out last week that Christian was not a match. The search for a potential donor continues. Janek is still using her platform to help the Pelusos, she said.

“I’m going to post their information constantly on LinkedIn and on my posts,” Janek said. She also invited the Pelusos to most of her upcoming events so that they an distribute fliers and speak to people in-person.

To read a full story about Peluso and his family’s battle with kidney disease, go to shorturl.at/jpGR5.

If you are or know somebody interested in donating a kidney to Peluso, call the donor hotline number (212) 263-3621. Say Eric Peluso’s full name and mention that he is on the waiting list at NYU Langone Hospital in Manhattan.