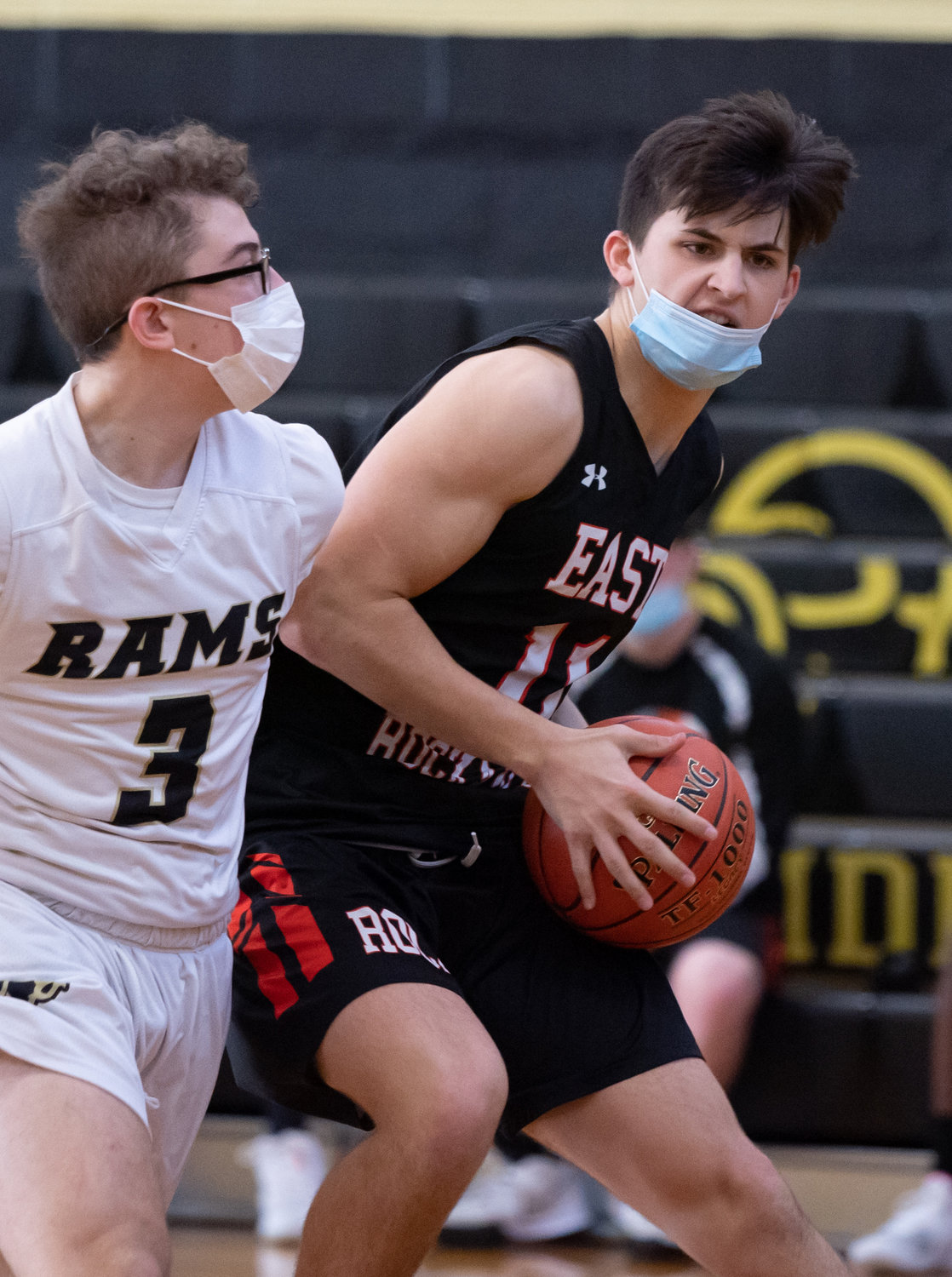 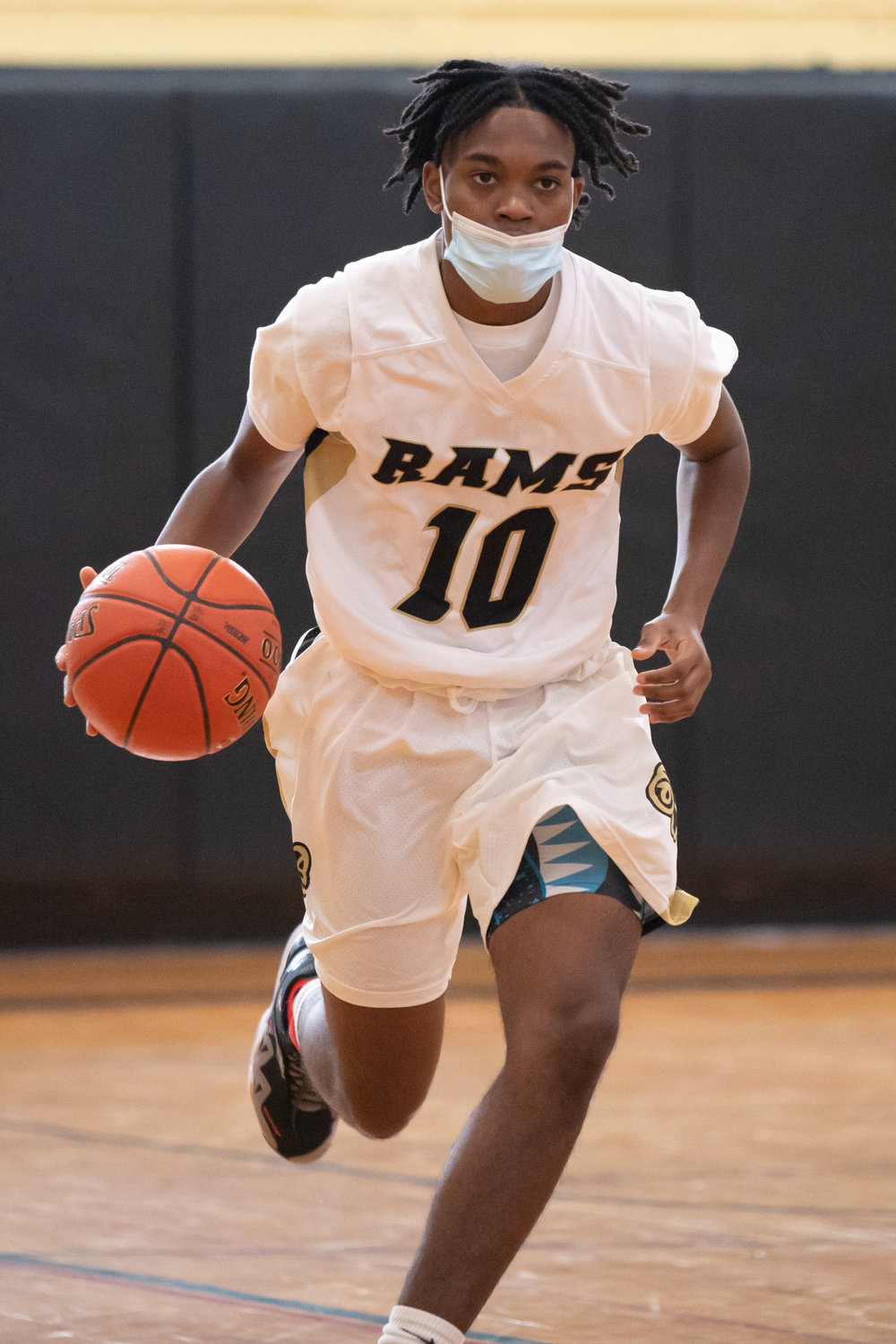 The East Rockaway boys’ basketball team dominated its game against West Hempstead from the opening tip to the final whistle, as the team walked away with a 64-41 victory last Saturday.
The main catalyst for the impressive victory was East Rockaway’s suffocating defense, which generated countless turnovers throughout the game. Head coach Paul Collins was satisfied with the effort the boys but forth considering the recent blunders and complications.
“I talk about buzzing a lot,” Collins said. “We buzzed today for the first time in a long time, where we did make our mistakes, but buzzing on D forced a lot of turnovers and made it easier to score.
One of central cogs in this stifling defense was junior John Giannotti, who was the frontline in the Rocks’ full court press, as he had 5 steals on the afternoon. He had 10 points as well, with a good portion coming from capitalizing on these forced turnovers. Senior Aiden Green was the focal point of the offensive game plan and he capitalized on this immense volume as he had 27 points, scoring from all three levels. Junior Tyler Hyland had 9 points and senior Joseph Lazazzaro had 8, as both players had strong takes within the natural flow of the offense.
What was maybe most impressive about the Rocks’ victory was how well they managed the game following a 20-6 first-quarter margin, as the lead never deviated from there and they were able to mitigate any runs by the Rams. Fifty five of the 64 points scored by the Rocks came from within the arc, as they only connected on three 3-pointers, which clearly was a byproduct of the game plan as they didn’t attempt all that many jumpers.


East Rockaway will look to build on this momentum when it hosts Locust Valley next.
For West Hempstead, it never found its rhythm at any point. The Rams dug a 14-point hole after the opening quarter and were never able to crawl out.
The main detriment for the Rams was its inability to protect the ball and safely navigate its way through East Rockaway’s full court press, as it made it infinitely more difficult to go on a run and cut into the lead with such tenuous and fickle ball security. When they got past the press, they were able to generate good looks, but had trouble capitalizing
“Our biggest issue was missed layups,” West Hempstead head coach Joe Thomas “I think we missed 21 layups and missed 7 out of 13 free throws so I’d say our issue was missing point blank shots.”
There were bright spots and moral victories for the Rams despite the unfortunate final margin. Freshman Isaiah Blunt was the lead scorer for the Rams with 13 points, and at certain points showcased a floater with his left. Junior Chris Olivier had 12 points and showed the ability to beat the zone and get to the rim. Senior Eli Rubin also hit two 3-pointers.
The Rams will look to get on track when they travel to Oyster Bay.