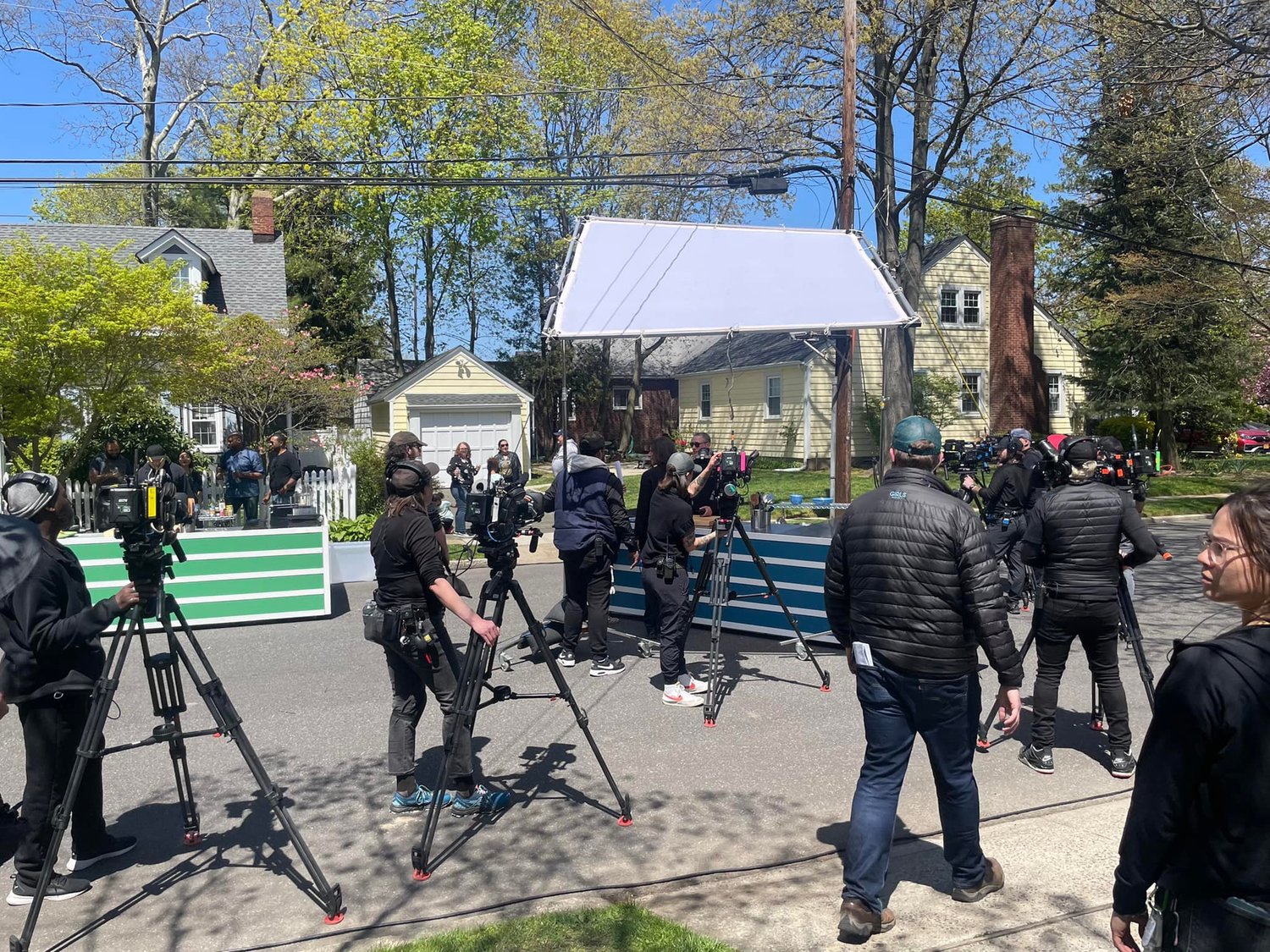 When the Food Network decided to film an episode of “Kitchen Crash” on Lexington Avenue in Malverne earlier this month, it wasn’t just an opportunity for stardom but also to “serve” up a “taste” of the village.

According to the Food Network, the popular show, now in its second season and hosted by Jeff Mauro, takes three professional chefs to unsuspecting neighborhoods all over America and gives them the ultimate challenge: ambush people’s homes, raid their fridges and pantries and take everything needed for three intense cooking battles where they whip up whatever gourmet meals they can with the limited ingredients.

Mayor Keith Corbett said the show’s scouting crew decided to film the episode after falling in love with the village, particularly its small town charm.

“Malverne sells itself on the fact that it’s a tight-knit Mayberry-esque community on the south shore of Long Island,” Corbett said. “The same thing that attracts us to live here attracts the movie companies. We have two train stations that are literally a thirty-minute ride into the greatest city on earth, are near major highways like the Southern State and Sunrise Highway; another major artery. A lot of shows and movies nowadays are set in suburban or country-like towns and Malverne lends itself to that; its a very safe, neat place and they love working here because it provides all the resources they need and want and they already want to come back.”

But it was the people that were their greatest resource.

“They all spoke about they couldn’t believe how friendly the neighbors were and how they all just really chipped in and worked with each other and watched over each others’ kids while we participated in the show,” Heather Zwillick, one participant in the episode said. “These are people traveling from Brooklyn and Queens and all over the country and they couldn’t believe the hospitality and friendship here and I think that’s a testament of how Malverne is; we all know it and say it but it was nice to have other people from outside recognize it.”

But this sense of camaraderie wasn’t only an asset for the production crew but for the neighbors as well, as it made the show all the more exciting and brought the community closer together.

“Everyone of all ages was crowding around, cheering on the chefs,” Matt Zwillick, Heather’s husband, said. “We got to see the chefs doing their work and people came by later on and got filled in and they were like ‘wow’ and telling the chefs ‘go do my fridge, I have a lot of food’ and it was very fun not just for us, but for everyone around.”

Specific details about the episode’s content are under wraps until it airs in July but Matt was able to share a little bit about his experience being on the show.

“They do it in a way so we don’t know what exactly is happening so we didn’t have a stocked fridge,” Matt said. “We knew we were filming a TV show but we didn’t know what it was, so they came in and took our food from the fridge and our pantry and they were only able to use that to make the meal that they were told to make and I can only tell you that they made a meal of a lot better quality than I would be able to make.”

The show is only the latest in a recent string of productions filmed in the village, including the Hulu series “Life & Beth” starring Amy Schumer, last year. In addition to the publicity it brings to the village, Corbett said it also helps the village financially, especially now that it has recently changed its film permit fee structure.

“The larger the production, the larger the fee,” Corbett said. “In other villages, they take a one-size-fits-all approach and the taxpayers are sometimes left with the bill; we customize it based on the production. This way we get made whole for anything they use of our services, such as our cops, EMS and DPW workers.”