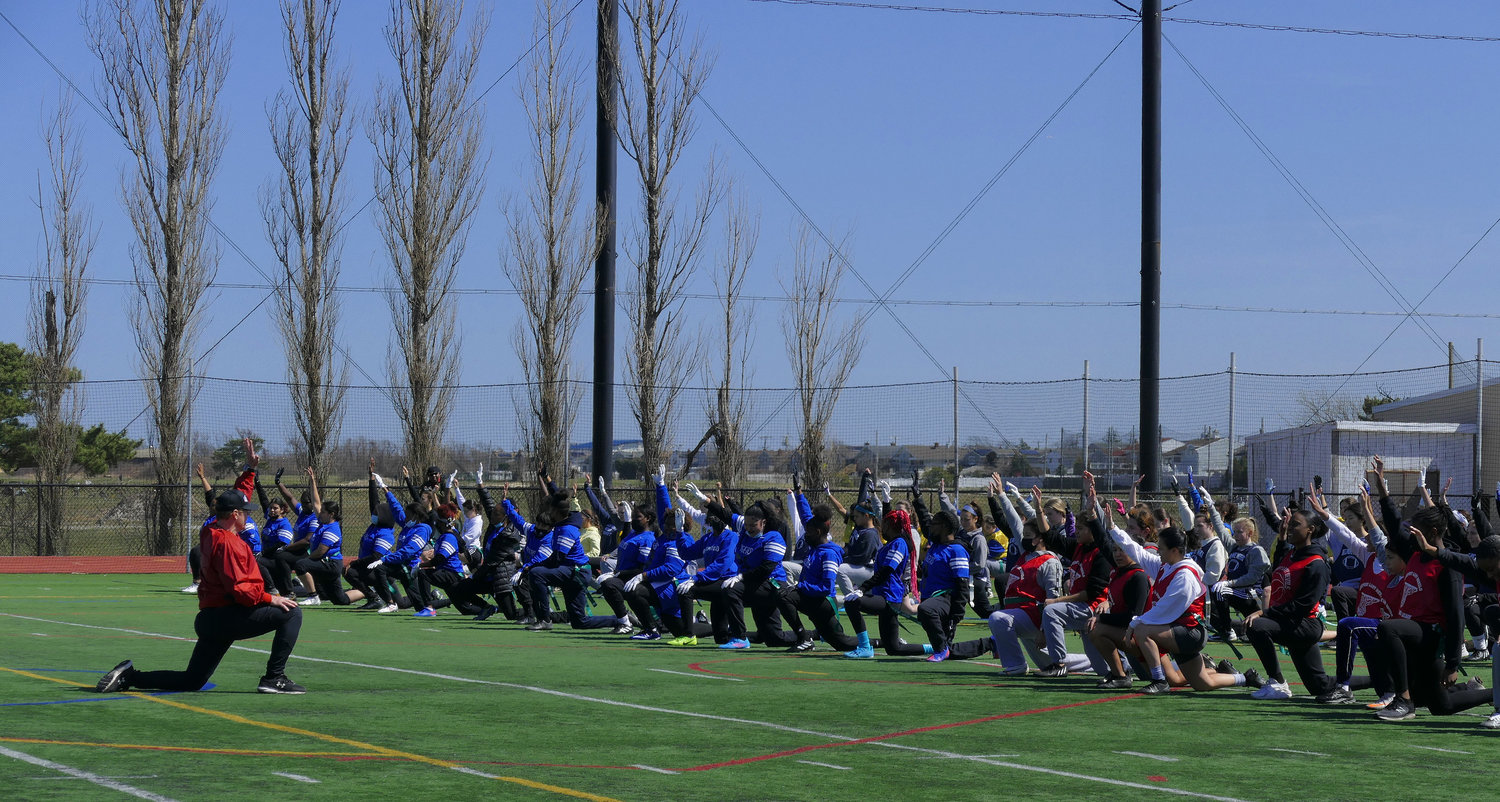 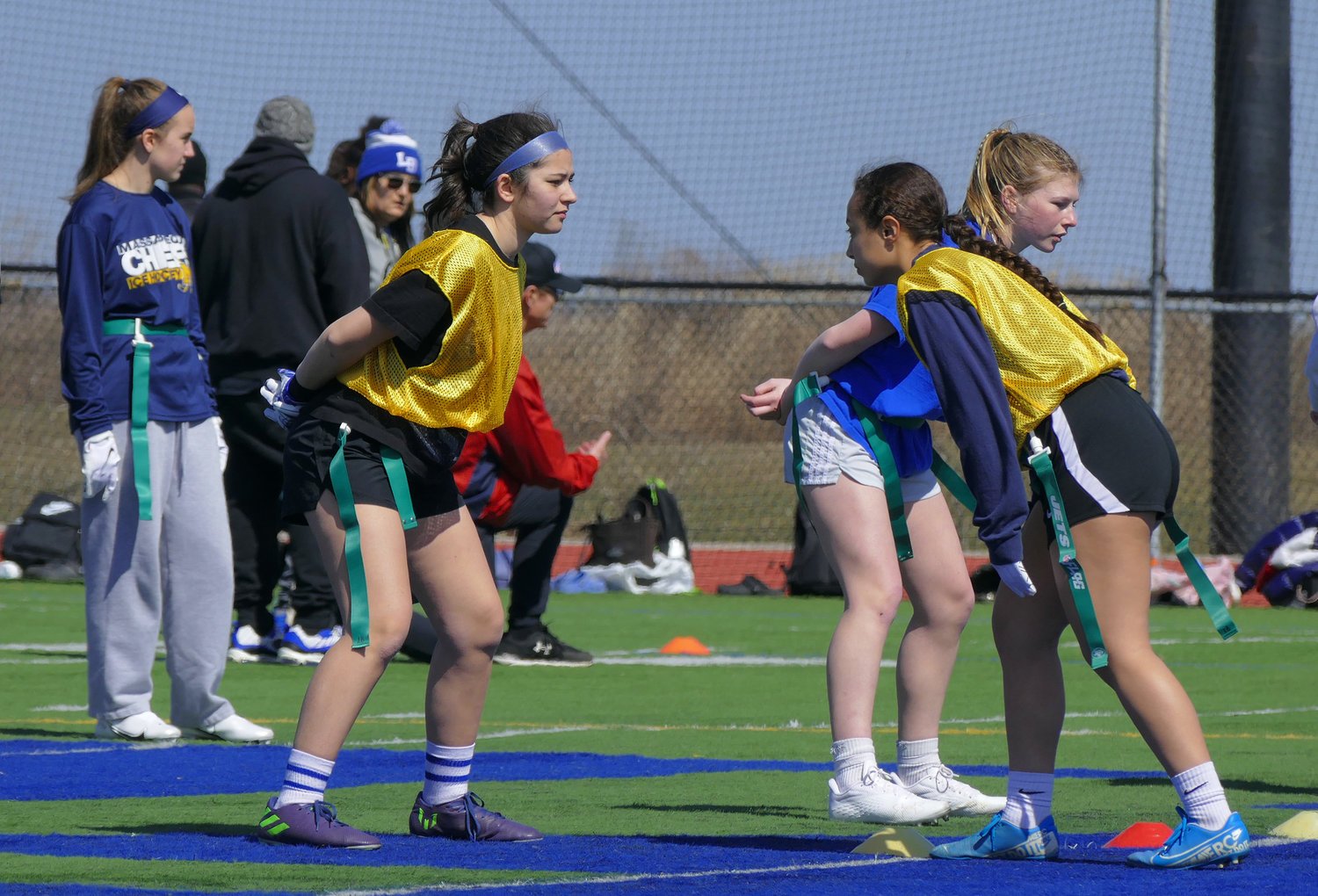 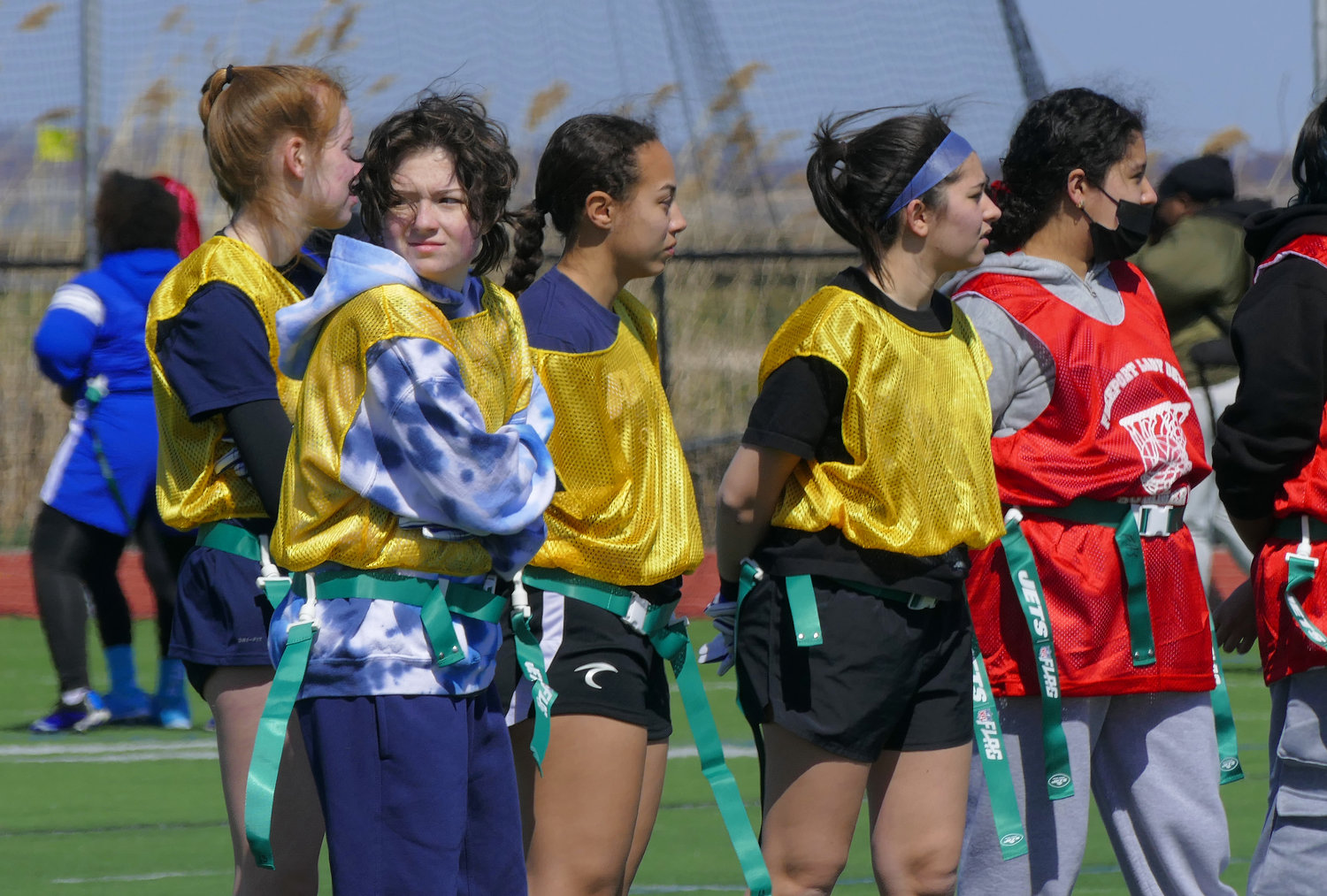 Long Beach and Freeport teams prepare to compete in one of the Flag Football games sponsored by the New York Jets and Nike.
Joe Abate/Herald
Previous Next
By James Bernstein

It was Spring football at Long Beach Middle School this past Saturday – all part of a program to promote girls at their athletic best.

Long Beach, West Hempstead, Freeport and Lynbrook fielded teams for flag football games in recognition of the 36th annual National Girls & Women in Sports Day, all sponsored by the New York Jets and Nike. In all, eight Nassau County schools took part in the event.

The Jets plan to expand their Flag Football League to over 40 teams between New York and New Jersey. The plan is for a regular season of anywhere between six and eight games, followed by playoff semifinals, county finals and a Long Island championship.

The football field was crowded Saturday and the cheering on all sides was loud. It almost seemed like fall football, but the temperatures were warm and the sun was bright.

“The expansion of our Girls Flag Football League brings us one step closer to our goal of having the sport adopted as an official varsity sport in both New York and New Jersey in order to continue providing young women with the opportunity to grow and excel on the field and in their daily lives,” Jets president of community relations Jesse Liner said in a statement.