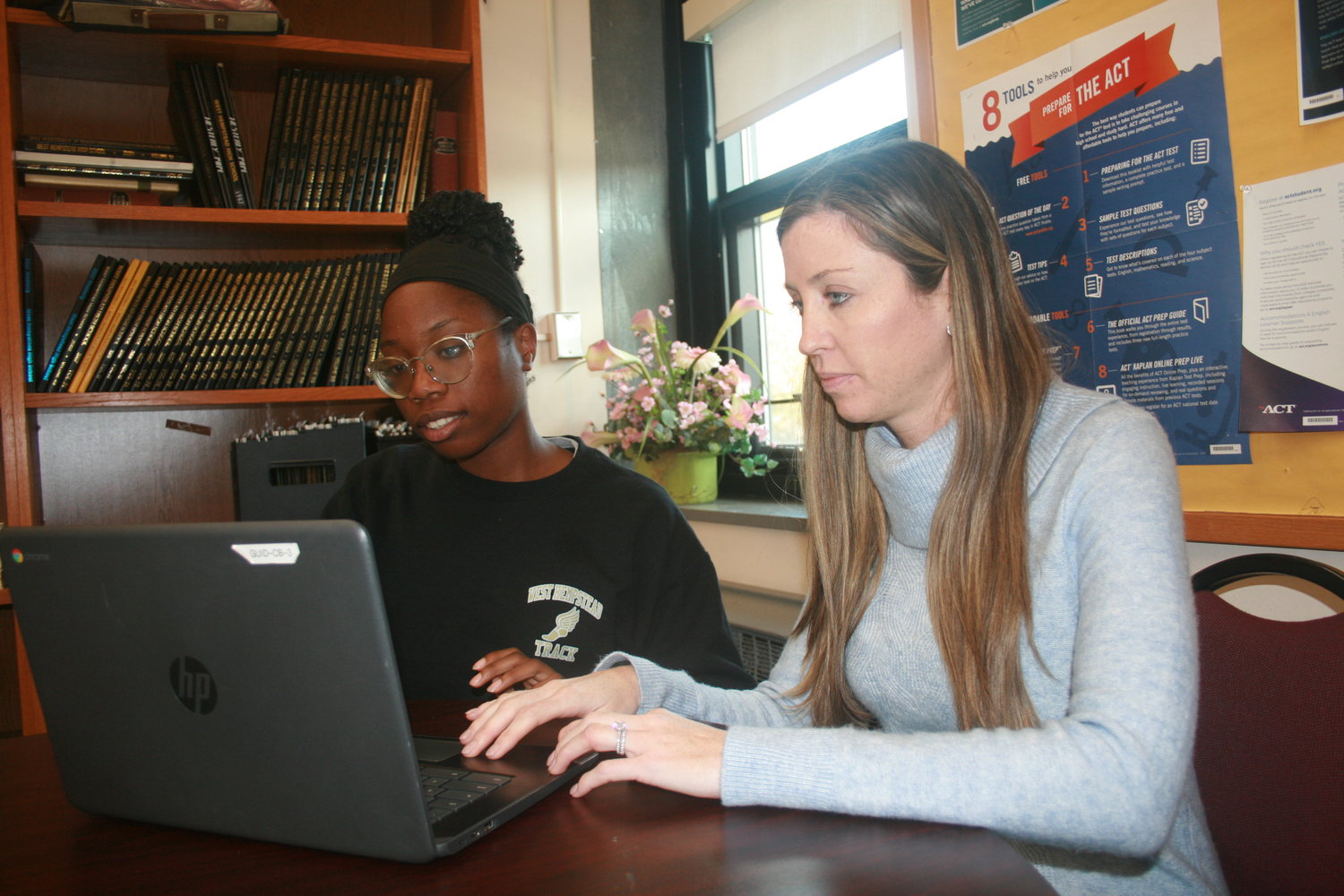 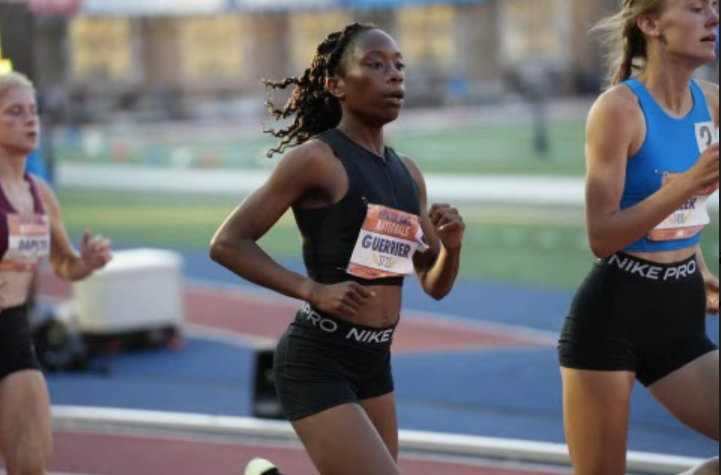 Guerrier holds four school records and is recognized as one of the top 800-meter female high school runners in the nation.
Mark Nolan/Herald 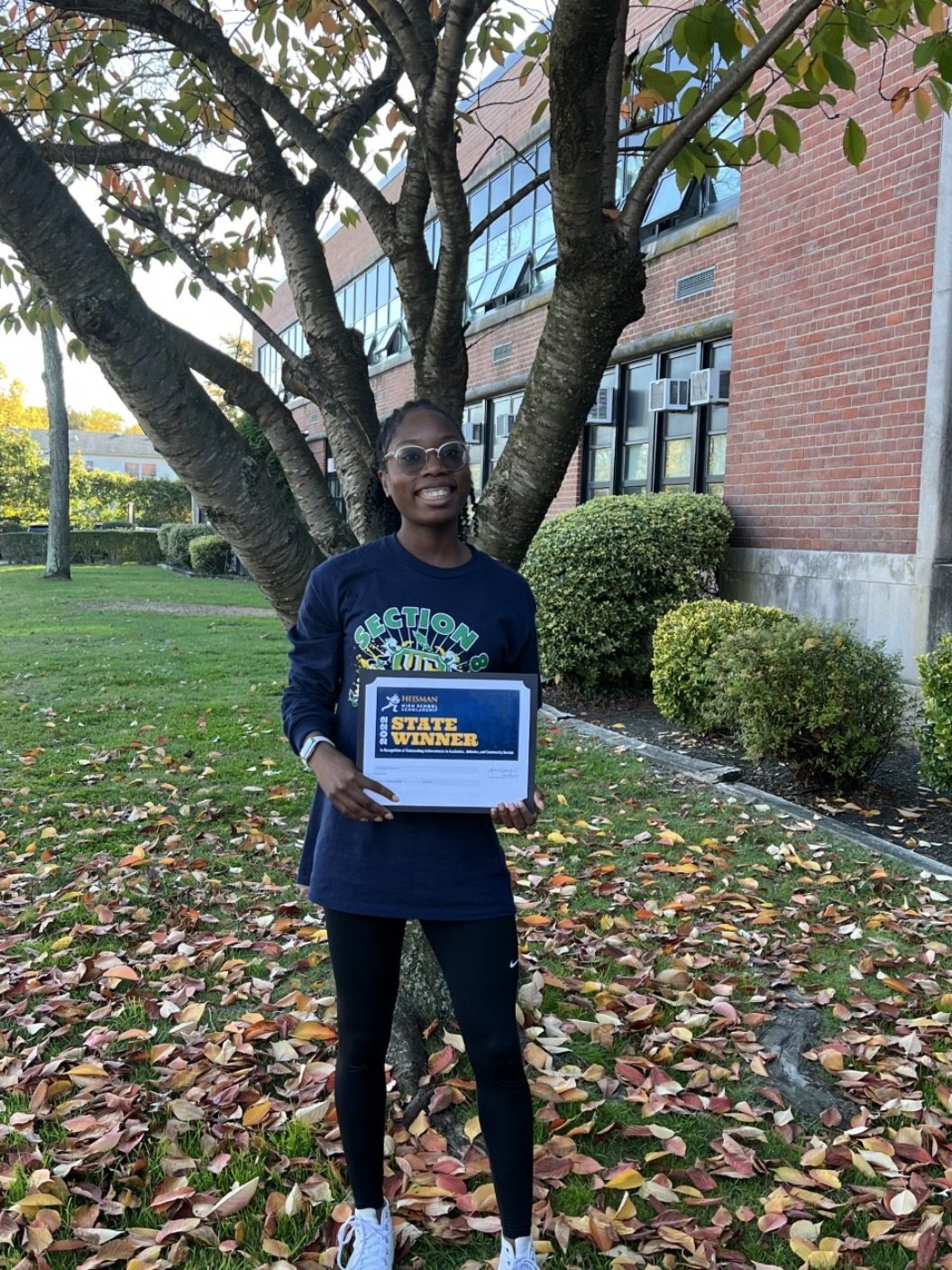 Guerrier with her certificate for winning one of two New York State High School Heisman awards.
Mark Nolan/Herald
Previous Next

All that matters is what I can control.”
Victoria Guerrier Senior, West Hempstead High School
By Mark Nolan

Caring for an ill loved one can be a daunting endeavor and full-time job. There are responsibilities such as preparing meals and helping with baths. There are countless unforeseen troubles that can stretch any caretaker’s patience.

West Hempstead High School Senior Victoria Guerrier is already known as a remarkable athlete, scholar, and volunteer. For her accomplishments, Guerrier was named one of two New York State Heisman High School Scholarship winners. Guerrier, who will attend Yale University in the fall, received a $1,000 scholarship because of her exemplary academics and athletics, combined with her laudable volunteerism.

Perhaps most remarkable is that Guerrier has been able to achieve such impressive success while being a caretaker for her father. Only recently has Guerrier made public her father’s battle with multiple systems atrophy-Parkinson’s, a severely debilitating disease that leaves the sufferer unable to perform basic daily tasks. Since Victoria’s mother works full-time and at night, it was up to the Guerrier sisters to care for their father.

Victoria and her twin sister, Gloria, shared the duties of cooking, cleaning, bathing, and entertaining their father, not as a task or chore but out of deep love. Victoria cooked her father’s favorite breakfast, cassava with peanut butter and bananas, served with coffee. She and Gloria also performed skits to keep their father in high spirits.

“Victoria is a truly remarkable person,” said her winter and spring track coach, West Hempstead High School Counselor Jacqueline Zorskas. “We’re all trying to figure out where she finds the time.”

Guerrier is one of the most recognized student-athletes on Long Island based on her achievements. She is a National AP Scholar with Distinction and Samsung Solve for Tomorrow semi-finalist. She is the World Language Honor Society president and STEM Honor Society vice-president; yearbook club treasurer; co-researcher of a case study presented to the Biomechanics, Bioengineering, and Biotransport Conference.

And that’s only part of her list of activities.

Guerrier tutors and volunteers at the West Hempstead Public Library. She is a worship team leader for her church, the Good Seed Church of God in East Islip, and plays the cello at church events. She is a member of numerous other school organizations that provide service to the community.

Since the Heisman is known as a sports award, Guerrier was judged based on her athletic achievements as well. She competes on the winter and spring track teams, the cross country team, and the volleyball team. Guerrier received state and regional honors in track and field and holds four school records. She was a three-time volleyball scholar-athlete and state-meet qualifier in cross country.

She also has a part-time job.

“If I ever have like a seven-minute free break somewhere, my brain just automatically fills it with something to do,” Guerrier said. “Even on the bus ride to and from meets,” Zorskas added.

Guerrier said her parents emigrated from Haiti, and because of their success and struggles, one of her main goals is to achieve financial security. “I saw my parents working hard for us,” she said. “They basically achieved the American Dream.”

Guerrier said she was usually a fairly good student growing up, but she experienced an epiphany when she was 11 during a doctor’s visit. Her doctor, also an immigrant, told her take advantage of everything her parents worked so hard to provide.

“I remember my doctor telling me that if my parents came here to provide opportunities for their family, that I needed to take advantage of that,” Guerrier said. “It was profound.”

Since then, Guerrier hasn’t let a moment go wasted. She wants to study artificial intelligence engineering in the biomedical field while competing on the track teams at Yale. Although Guerrier’s achievements have brought her renown, she doesn’t seek the limelight. That’s one reason she didn’t disclose her father’s illness or how she found the time to care for him.

“I never wanted any special treatment,” Guerrier said. “My peers see that I worked hard, that nothing was given to me.

Zorskas said Guerrier is admired by her peers and often asked advice for studying and time management. Guerrier said part of her success occurred when she realized she was capable of achieving great things. Perhaps that is part of Guerrier’s legacy at West Hempstead as she prepares to graduate. “I always had doubt,” Guerrier said. “Once I stopped saying what I can’t do and focused on what I could do, it all worked out. All that matters is what I can control.”

“For her to achieve everything that she has, in addition to her home responsibilities, is just a testament to the type of person she is,” Zorskas said.