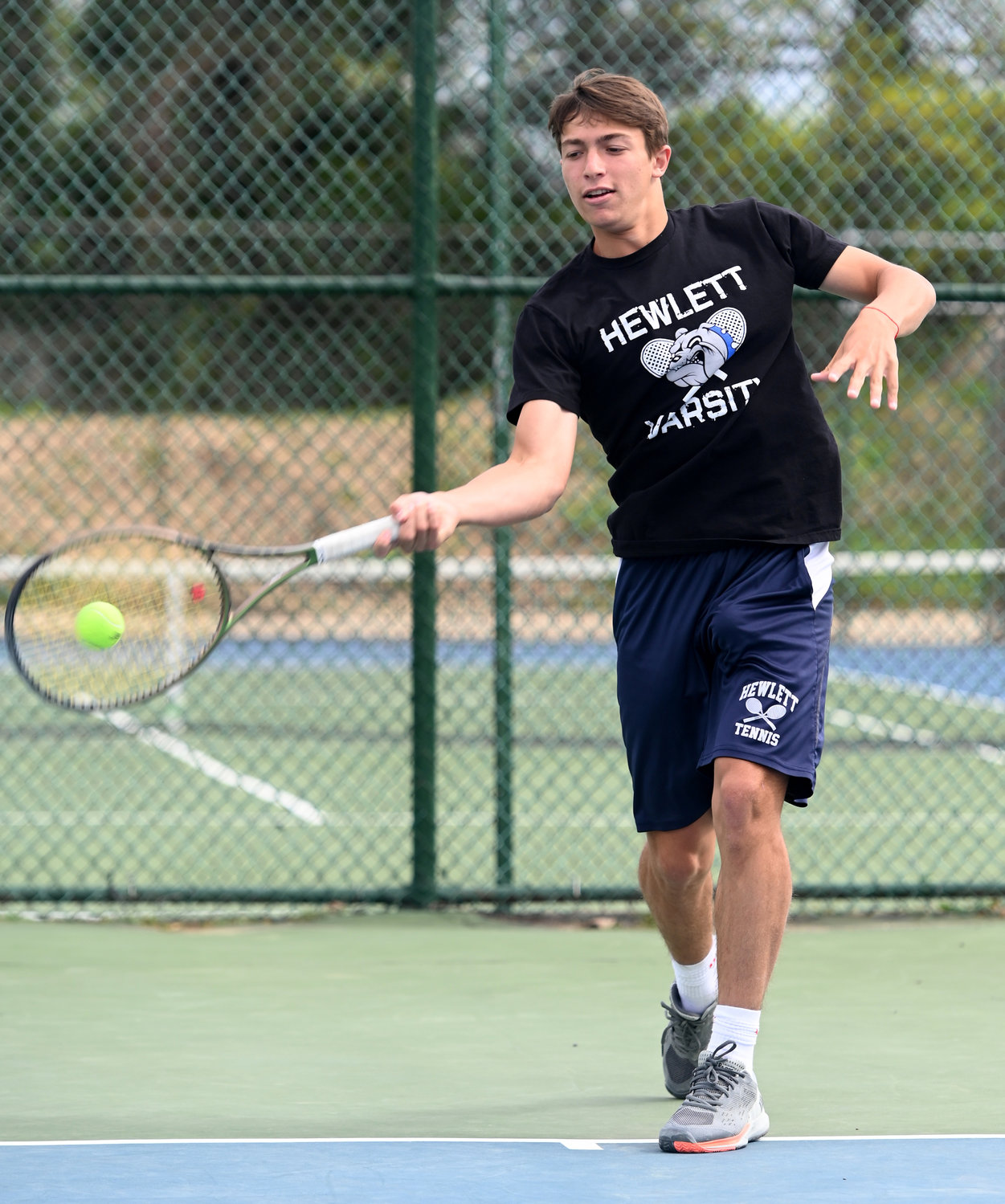 Hewlett junior Stephan Gershfeld wasn’t going to let the hottest day of 2022 or stiffest challenger in the Nassau County boys’ tennis singles tournament keep him from repeating as champion.

“Defending the county title was a goal I set at the start of the season and it feels great,” said Gershfeld, who defeated his close friend, Michael Safir of Jericho in Sunday morning’s semifinals, 6-1, 6-0. “It was definitely a tough day to play,” he added. “It was very, very hot. I just did my best to stay hydrated and also ate a lot of carbs.”

Gershfeld, who in November captured the United States Tennis Academy’s 16-Under indoor national championship, has not lost a set since 2019 when he was Hewlett’s No. 2 singles player. That year he was county runner-up in the doubles tournament with then-junior Logan Fliegal and advanced to the state tourney at the U.S. National Tennis Center in Queens.

On June 2, Gershfeld will begin his quest for a state singles title. Covid-19 forced the cancellation of last year’s state tournament.

“I’m beyond pumped and confident going for the state title,” Gershfeld said. “It was the best experience three years ago playing on the U.S. Open courts. I couldn’t sleep at all the night before. Knowing what to expect now is going to help me.”

Gershfeld, who helped the Bulldogs to a 12-2 season and a spot in the county team playoffs, had three hours between Sunday’s matches while Hu, who went the full three sets in his semifinal win, had 50 minutes.

Gershfeld said electrolytes in his water and a diet consisting of several bananas, a bagel and cheese quesadilla kept his body engine fueled throughout the day.

“It was the same situation as last year with the time between the semis and finals,” said Gershfeld, who defeated Hu in the 2021 semifinals. “Albert is a steady player who improved a lot. He’s a consistent baseliner who keeps the ball in play. I was able to slowly break him down, but it wasn’t easy.”

After not losing a game in the opening set, Gershfeld found himself quickly trailing 3-0 in the second. That’s when Hewlett coach Joyce Raikos stepped in with some advice.

“I told Stephan to get back to high-percentage shots,” Raikos said. “He was trying to hit the lines and other low-percentage shots. He needed to keep the ball down the middle and beat Hu to the net.

“Stephan is an extremely talented and very smart player who easily adjusts to an opponent’s strengths and weaknesses,” she added.