School expansions up for vote on May 17 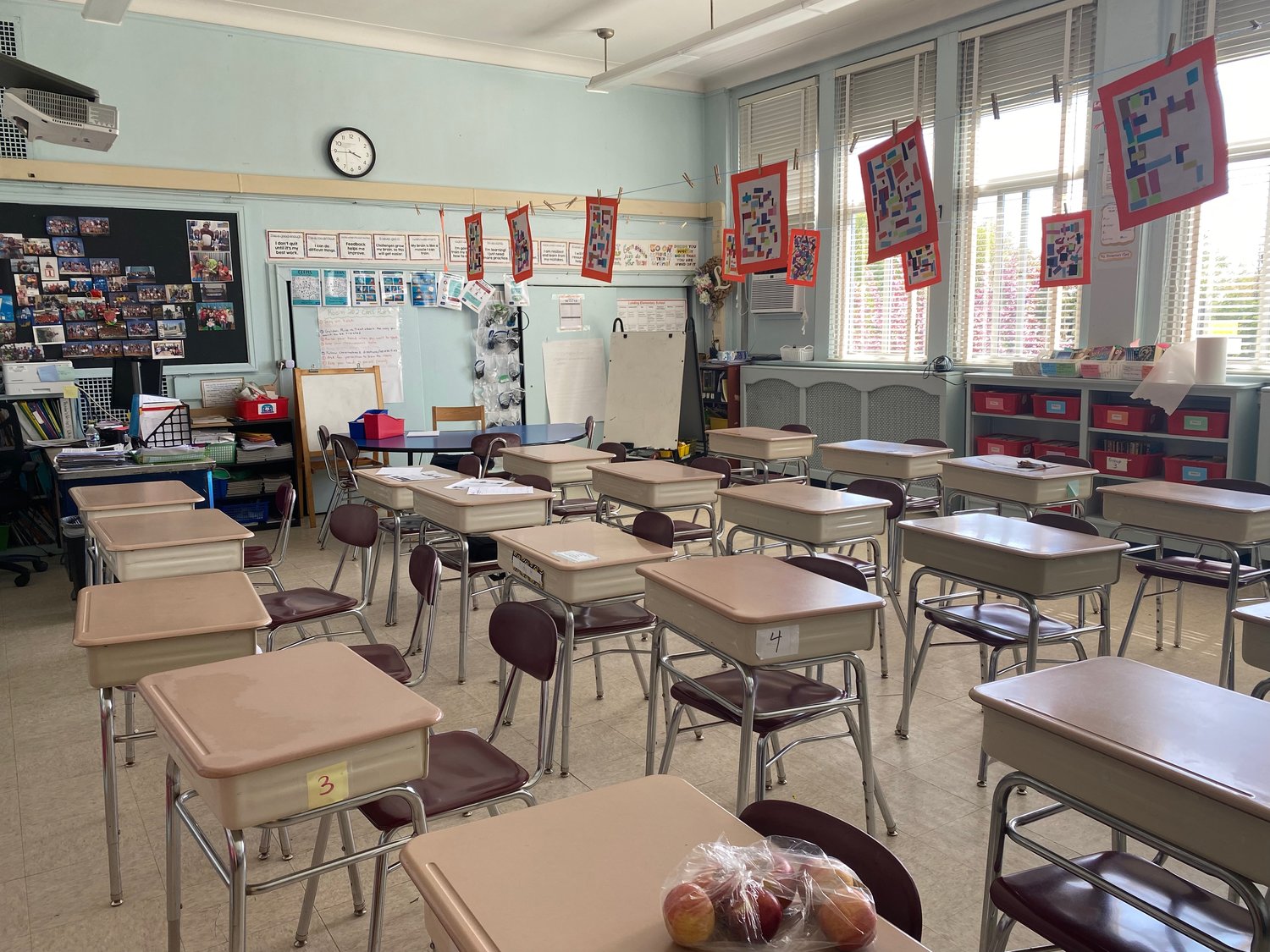 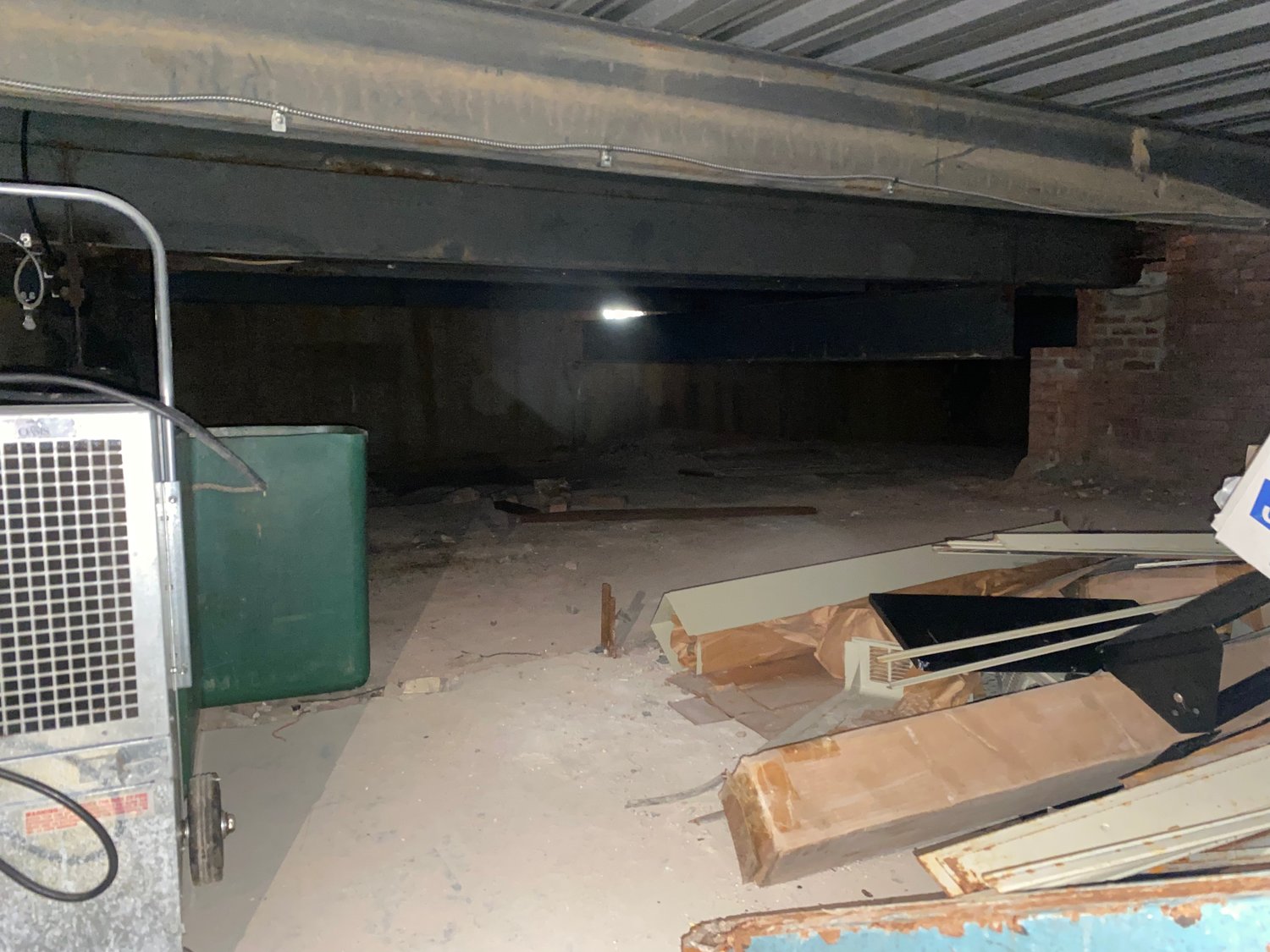 In the basement of Deasy Elementary School, which was built in 1910, an area that was hidden, according to Superintendent Dr. Maria Rianna, has allowed water to enter the building.
Letisha Dass/Herald 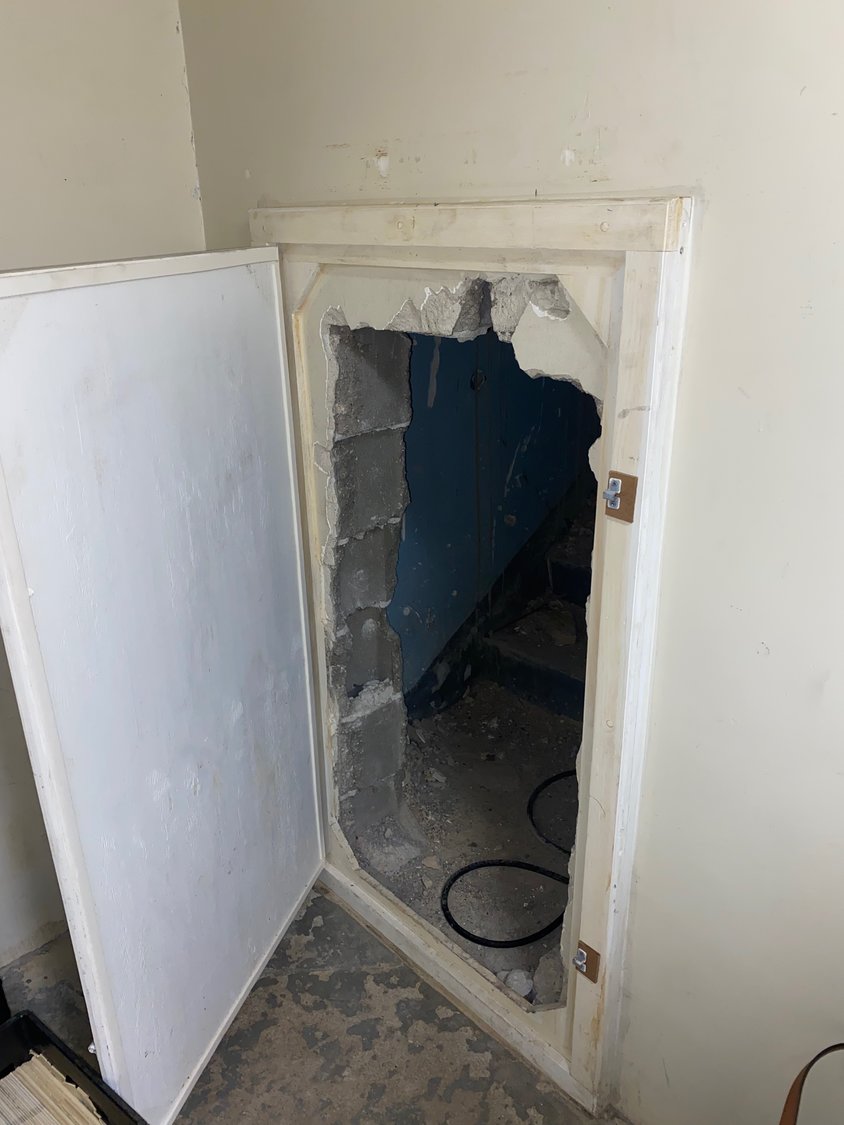 The entrance to the additional space in the 1910 building was once hidden by a concrete wall.
Letisha Dass/Herald 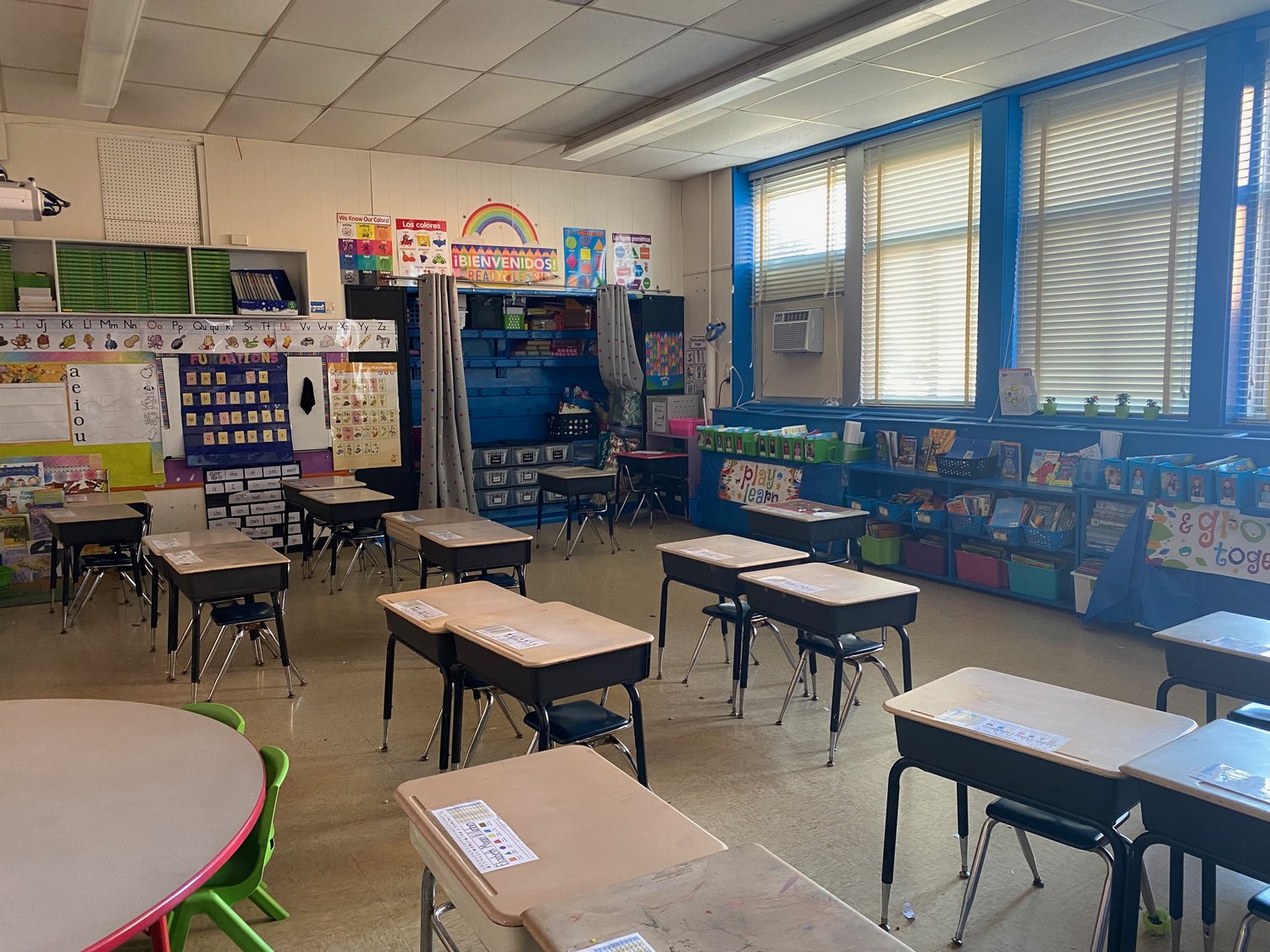 A classroom in Deasy Elementary School on the first floor.
Letisha Dass/ Herald
Previous Next

Sometimes you just have to bite the bullet and spend the money.”
Kate Glinert Parent
A breakdown of district spending

Proposition 2: Extensions at the Landing and Deasy elementary schools, which would be covered by stimulus funds at no cost to taxpayers. Coronavirus Response and Relief Supplemental Appropriation Act funding of $2,988,229 will be used for the Deasy extension. The Landing extension would use $4,078,228 of the district’s American Rescue Plan funding of $5,370,328.

Proposition 3: Student Representative. A senior class member would have an opportunity to participate in Board of Education discussions. He or she would be required to attend all meetings, and would have no voting rights.

The buildings in the Glen Cove City School District have been “falling apart,” Kate Glinert, a district parent, said at the Board of Education budget hearing on May 4. For years, Glinert added, infrastructure in the schools has been an issue.

“I have kids in the school, and they feel it,” she said. “They feel like their school’s falling apart, and they even feel like some things are unsafe. They make comments.”

To address those concerns, the board has proposed enlarging the elementary schools by adding four classrooms, a restroom and elevators to both the Deasy and Landing schools, which voters will be asked to approve on Tuesday.

The extensions would be covered by the Coronavirus Response and Relief Supplemental Appropriation Act and the American Rescue Plan, from which the district received funding during the pandemic.

A stipulation that came with the stimulus money was that school districts would utilize it to improve infrastructural with an eye on students’ health and safety, and for educational enrichment programs to make up for learning loss during the pandemic.

So far, the district has used the money to hire four more social workers, and for a summer enrichment program.

Michelle Chalfoun, a nurse for medically fragile children and a mother of two, said the social workers helped her daughter, especially after she had Covid-19. “My kids were basically raising themselves because I was very sick,” Chalfoun said. “And coming back to school was a rough re-entry. But having a social worker has supported her and again, she’s succeeding.”

Although teachers have made the most of their resources and done their best to create a welcoming environment for their students, there is no denying the lack of room to cater to each student’s needs, especially in a post-pandemic world.

Alison Fletcher, president of the Glen Cove Teachers Association, said that teachers are sharing rooms, and several have told her that they feel unsafe in the buildings.

The classrooms are smaller than the typical New York state minimum of about 700 square feet, according to Superintendent Dr. Maria Rianna. When instruction went hybrid last year, the Deasy and Landing schools were unable to fit most of their students in classrooms while adhering to the 3-foot social distancing protocols.

“There was actually no way to deal with 22 kids in a classroom,” Rianna told the Herald on Monday. “There’s no way to make it 3 feet.”

Neither Deasy nor Landing complies with the Americans with Disabilities Act. When the Herald toured the schools on Monday, stairs were the only way to access key parts of the building, even the entrances, with no ramp or elevator in sight.

Neither school has a kitchen to serve lunch; instead they have food shipped in from neighboring district schools. The Gribbin and Connolly schools are the only elementary schools that have kitchen, Rianna said.

In November, Pre-K classes at Deasy were moved to Gribbin after mold was found on classroom walls and ceilings at Deasy, which was built in 1910. In March, more mold was found behind the wall mats in the gym, which was then closed.

After construction began to rectify the mold problem at Deasy, the district found that the building had not been properly planned. Rianna showed the Herald a small door in a basement storage room, which led to a blocked area where water could leak into the building, and into the walls of adjacent classrooms. A sheetrock wall had been installed in the classrooms in front of the foundation wall, with at least a foot of space in between, allowing mold to grow.

If the construction is completed before the 2022-23 school year, Rianna said, she hopes to return the district’s Pre-K program to the building.

“Stop putting a band aid on it, we must repair our schools,” Fletcher said at last week’s budget hearing. “I must advocate for my membership.”

The district will offer four pre-K classes in September. The extension at Deasy would make room for either the additional pre-K classes or music, art or other special classes.

“Having a nice infrastructure, and also having special ed and mental health [services],” Glinert said, “is very big in education to get kids inspired.”

Oceanside students walk out to take a stand against gun violence