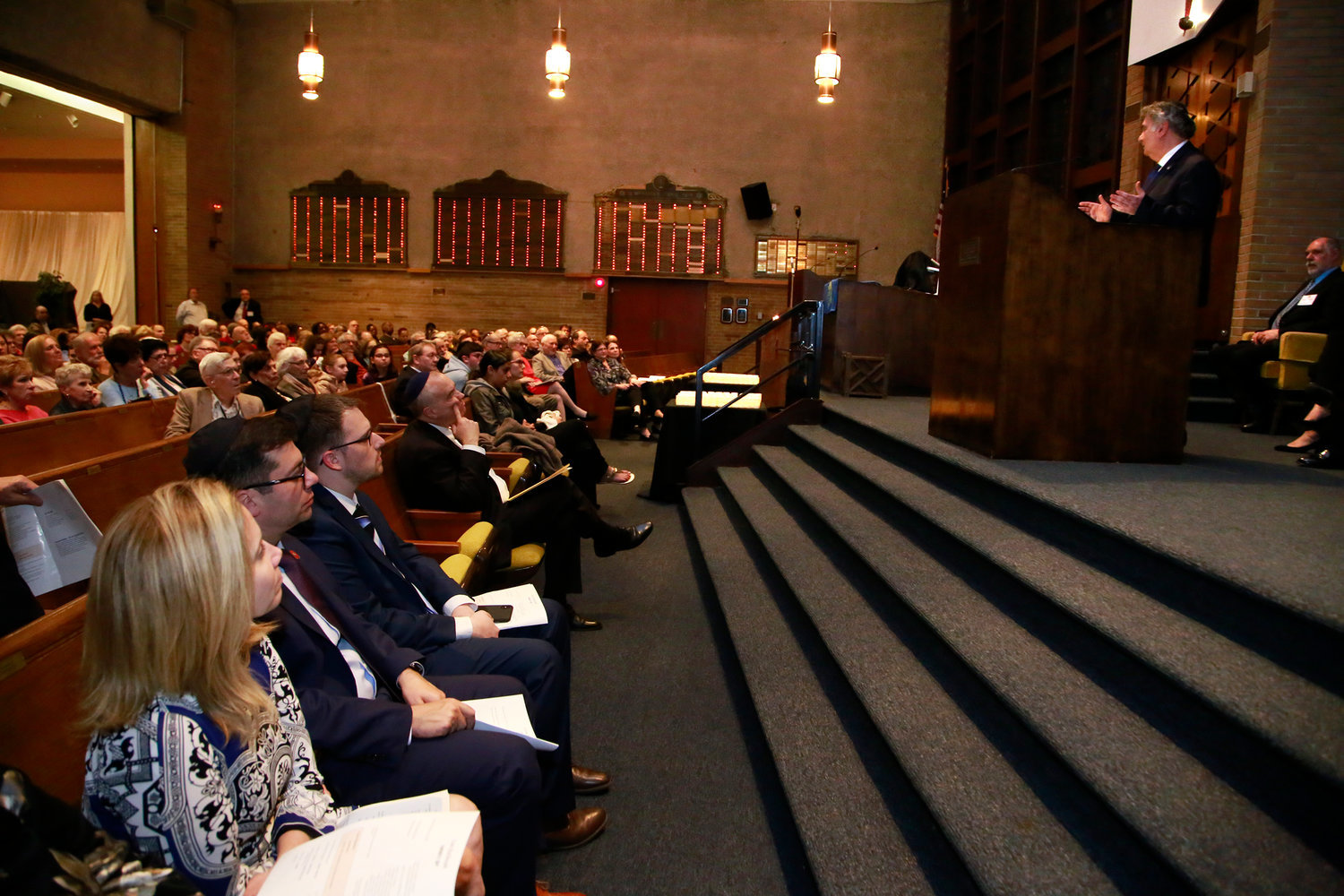 Congregation Shaaray Shalom in West Hempstead will hold a virtual ceremony to remember Kristallnacht, a night of violence committed 80 years ago by German Nazis against Jewish people, on Nov. 7.
“We will once again hear and see the video testimonies of seven of our shul’s many survivors. Their stories are profound and personal,” a statement released by the congregation said about the event, which will honor members of the West Hempstead congregation who survived the Holocaust.
“These are our friends, our fellow congregants – people who inspired us for years. Let’s reconnect with them as we remember the Shoah,” the statement added, referring to the “catastrophe” of Kristallnacht and the mass murder of Jewish people during World War II. The attacks, which began on Nov. 10, 1938, are referred to as “Kristallnacht,” or “the night of broken glass,” because of the broken glass that was left in the streets that night.
The commemoration is being held at a time when many Americans are not informed about the Holocaust. A nationwide survey conducted by the Conference on Jewish Material Claims Against Germany found that 31 percent of Americans, including 41 percent of millennials, said that 2 million or fewer – rather than 6 million -- Jews were killed in the Holocaust. Additionally, 66 percent of millennials do not know that Auschwitz was a concentration camp.
Hate crimes against Jews have been on the rise in recent years. In fact, hate crimes targeting Jewish people comprised 57.5 percent of all religious bias crimes in 2020, according to FBI crime statistics.


During the most recent conflict between Israel and Gaza in May, the Anti-Defamation League found 222 incidents of anti-Semitic harassment, vandalism and violence in the United States, compared with 127 over the previous two weeks.
The congregation’s commemoration of Kristallnacht will be held on Zoom at 7 p.m. Sunday. Call (516) 481-7448 or visit the congregation’s website at http://www.shaarayshalom.org/ for more information about the commemoration.
Report an inappropriate comment