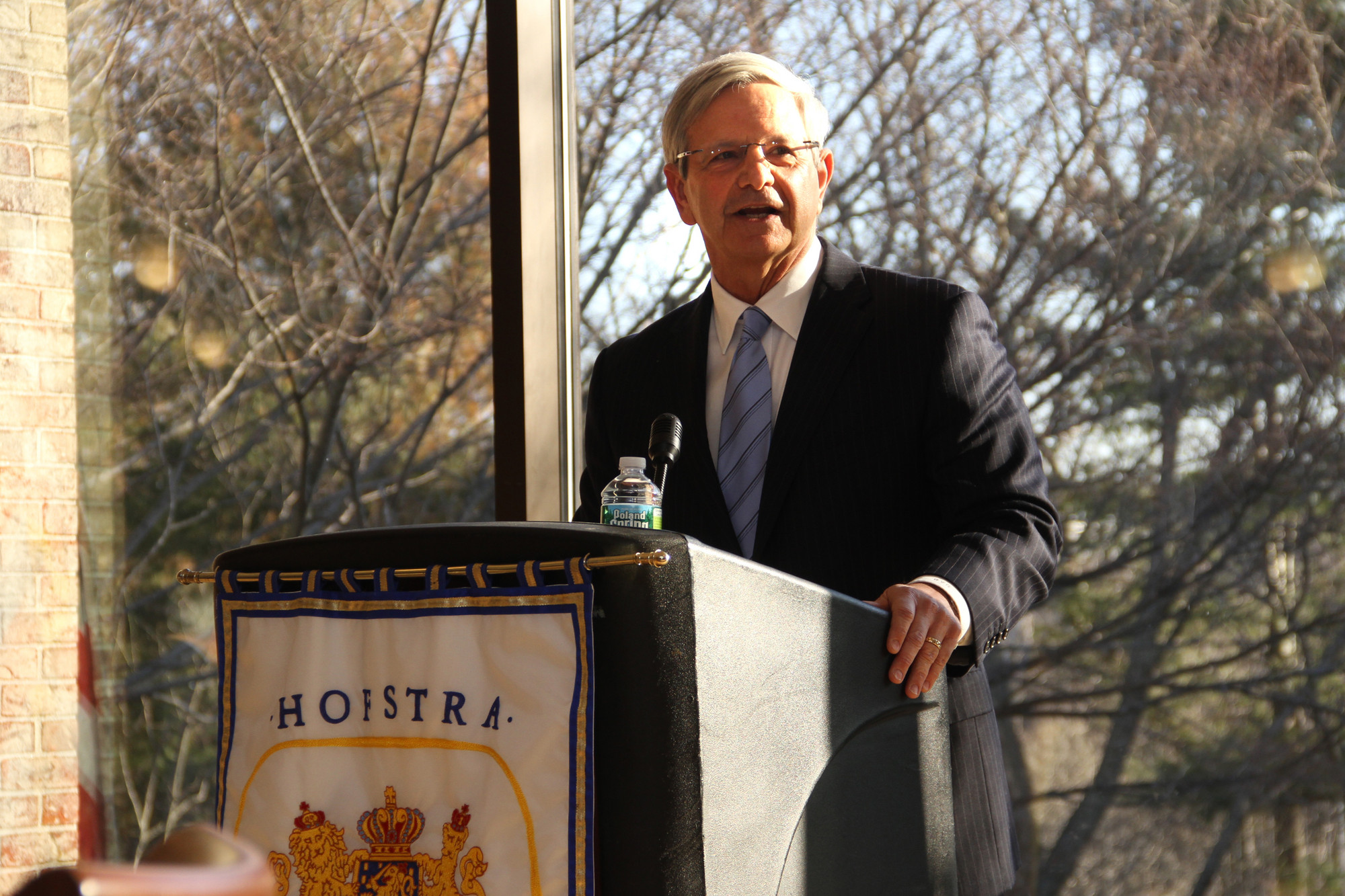 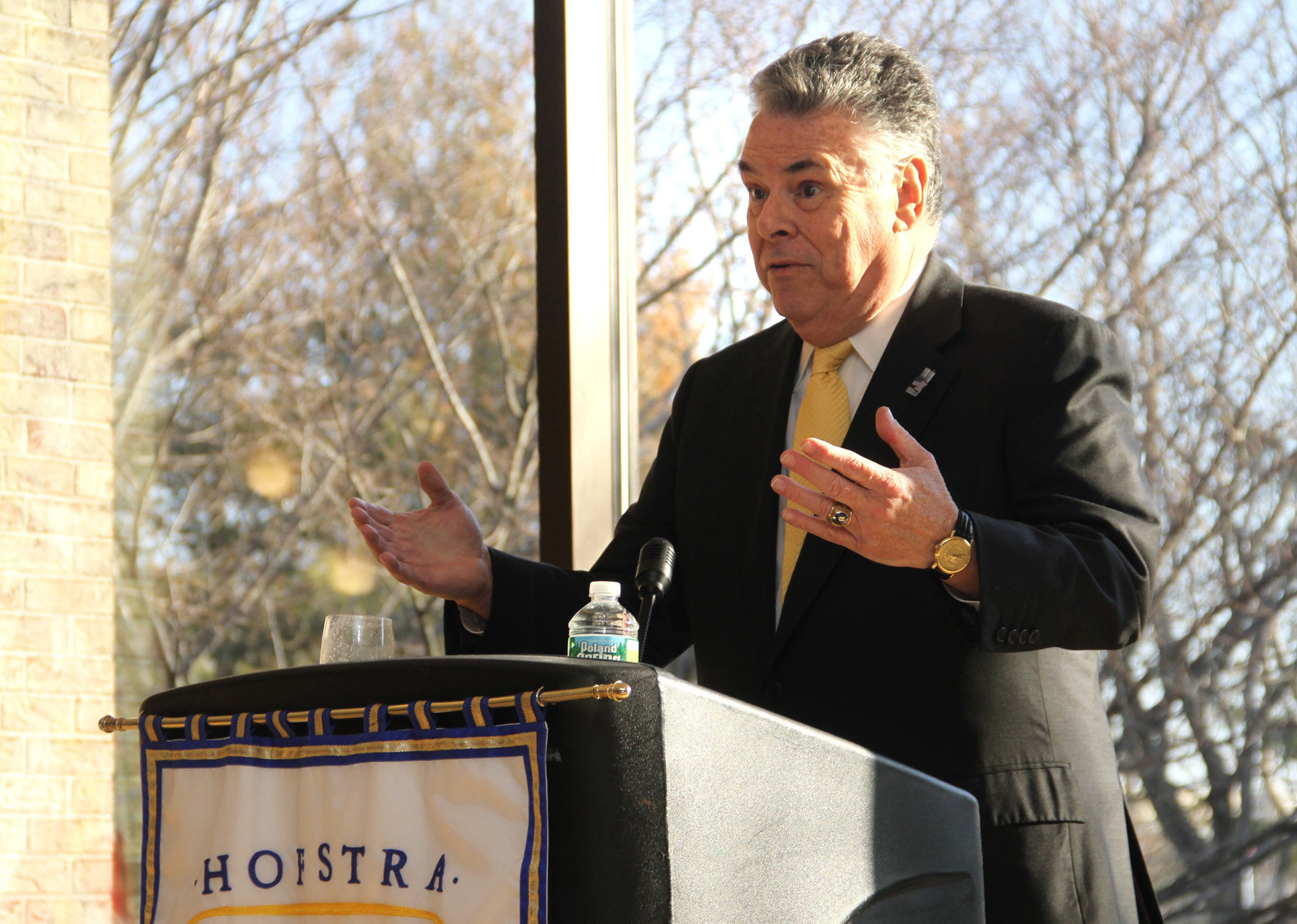 Congressman Peter King, the keynote speaker at Hofstra University, told the audience that the 11-week delay in Congress set the hurricane reimbursement process back “significantly.”
Susan Grieco/Herald
Previous Next
By Anthony Rifilato and Mary Malloy arifilato@liherald.com and mmalloy@liherald.com

“What happened with Sandy is really a metaphor with what’s happening in Washington,” U.S. Rep. Peter King said about the recent imbroglio over Hurricane Sandy aid.

Last November, when New York and New Jersey lawmakers requested a combined $75 billion to help Hurricane Sandy victims — just as the federal government was heading toward a “fiscal cliff” — King said he immediately sensed that something was wrong.

“Whenever there was a natural disaster in the past, it was unquestioned that assistance would be given,” said King, the keynote speaker at last Friday’s installment of the Distinguished Lecture Series at Hofstra University, where he discussed the fight to pass a hurricane relief bill and how an 11-week delay in Congress significantly set back the reimbursement process for homeowners and businesses. “For instance, with Katrina in 2005, within four days we voted for $11 billion, and six days later another $53 billion. Everybody from New York voted … it’s always been done … the belief being that a natural disaster warrants national attention.”

As King described it, this was the first time the New York delegation had requested help with a natural disaster. “We went through all the numbers, what was needed and how important it was that we get it done as quickly as possible, because time was really getting worse as we headed into the fall and winter and people were in desperate shape,” he said. “… I think more than half the people in Island Park still haven’t gotten back into their homes.”

With Republicans divided over what to do about the fiscal cliff, he said, lawmakers in the House of Representatives left for the Christmas and Hanukkah break without a resolution. “If we don’t get this resolved,” King said he told House Majority Leader Eric Cantor, “we’re dead.”