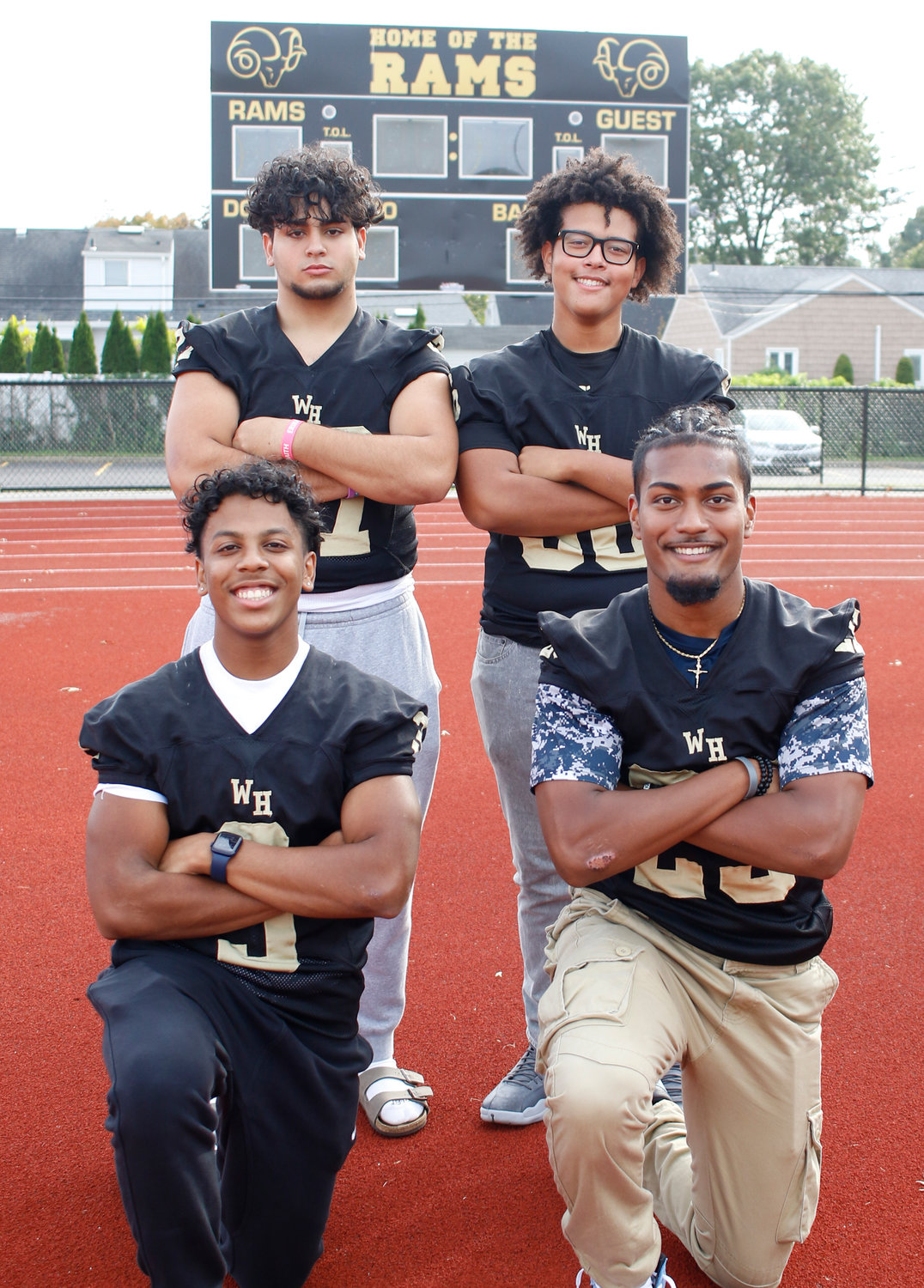 Following two of the longest bus rides any school in Nassau County could take, West Hempstead was looking forward to its homecoming football game last Saturday.
However, Rams’ opponent Friends Academy saw its roster size fall to a number unfit to play and therefore forfeit. West Hempstead improved to 4-3 in Conference IV with the victory and plan to have some level of homecoming festivities when Oyster Bay visits this Saturday at 2 p.m. for the regular-season finale.
“You never want to have a game cancel, especially when it’s homecoming,” Rams head coach Dom Carre said. “I’m sure we’ll try to make the next game as much of a homecoming atmosphere as possible. We’ve been banged up most of the season so we’ll get some time to heal and get ready for Oyster Bay and then the playoffs.”
If the Rams can defeat the Baymen and earn the No. 5 seed for the playoffs, it would be their first non-Friday night win of the season. Carre said junior running back/linebacker Michael AbiAoun pointed that fact out to him during practice last week.
“I thought it was funny but it’s just coincidence,” Carre said. “We played well in the opener at Malverne, but then we kept losing bodies and we weren’t really healthy for three weeks. We had only 14 kids practice leading up to the Cold Spring Harbor game and 19 played. Then we had almost everyone who could play do so at Locust Valley.”


Carre said the team bus was late to both Cold Spring Harbor on Oct. 1 and Locust Valley on Oct. 15. “We warmed up as best we could and just played,” he said. “The kids were awesome against Cold Spring Harbor. It was a good, hard-fought game that as a coaching staff we needed to scheme the whole time.”
Senior Zadrian Budhoo’s two touchdown runs guided the Rams over the Seahawks, 16-6. The game was scoreless at halftime. Budhoo opened the scoring with a 33-yard touchdown run in the third quarter and then had a tiebreaking 29-yard scoring dash in the fourth. Senior Petro Adikmenakis’ sack led to a safety with under a minute remaining to seal the outcome. AbiAoun (13) and junior Brendan Close combined for 22 tackles to lead the defensive effort.
Following its bye week, West Hempstead steamrolled to a 40-0 win over struggling Locust Valley behind junior quarterback Cory Pierre’s three touchdown runs and a pair from junior A’lorenz Chatman. “Cory’s a fantastic kid who’s doing a nice job running the offense,” Carre said of Pierre, who shares the workload with AbiAoun, Budhoo and Chatman. Close had two sacks and forced a fumble at Locust Valley, while Chatman and senior Tim Holung recorded interceptions.
Protecting the football is one glaring issue the Rams need to correct to make noise in the playoffs. Carre said they’ve lost 16 fumbles in six games.