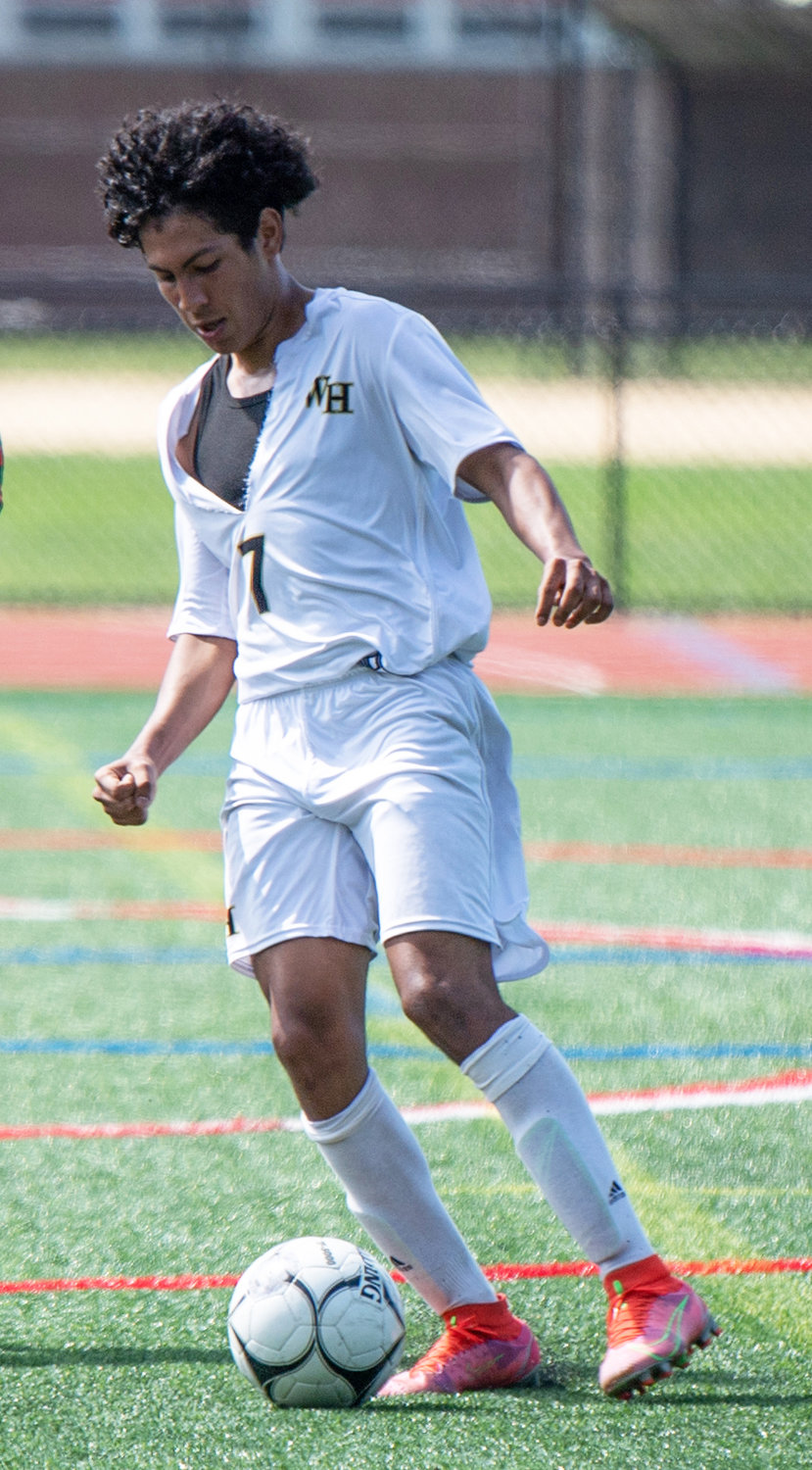 West Hempstead earned some much-needed time off before the Nassau Class B boys’ soccer playoffs get underway next Monday by posting shutouts in each of its final three regular-season matches to finish 6-3-3 in Conference B/C.
The Rams, who played for the county title in the spring, will be the No. 2 seed behind conference champion Cold Spring Harbor and face third-seeded Locust Valley in one of the semifinals. Wheatley is the No. 4 seed.
“Considering how many we graduated from last season, it’s really a credit to the kids for how they’ve been able to keep the success going,” West Hempstead coach Chris Van Kovics said. “We’re going into the playoffs on a positive note and we can use the time off. We want everyone to be healthy and I think we’ll be sharp.”
The Rams will have 10 days off between games after capping the conference schedule with a 4-0 victory at Malverne/East Rockaway on Oct. 14. Senior Derek Chinchilla scored two goals for a second straight game, both coming in the second half after senior Shaday Mejia and junior Moises Gomez struck in the first half.
“Both of Derek goals were almost a carbon copy of one another,” Van Kovics said. “Malverne was pushing up trying to make something happen and we got the ball behind their defense and Derek did his thing. He’s really turned into a scoring machine.”


Chinchilla enters the playoffs with a team-leading 8 goals. Senior Felipe DaSilva assisted on Mejia’s first goal of the campaign, and Gomez took a feed from sophomore Carlos Mejia and capitalized for his second goal. “Moises’ goal was pure toughness and hustle,” Van Kovics said. “He went through a handful of guys”
Junior goalkeeper Bryan Burgess continued his stellar play with a 10-save shutout. He made a few stops from point-blank range in the early going to keep the Rams from digging a hole. “Malverne is a dangerous team and came out flying, but Bryan was there to answer the bell,” Van Kovics said. “Bryan is tough and fearless and makes a lot of good decisions. He’s had an incredible season along with our four defenders.”
West Hempstead’s play in the back has been strong and steady, Van Kovics noted. Senior Kevin Decristoforo and juniors Anthony Blanco, Jeremy Cruz and Kamau Leslie hardly come off the field. “Defense is our game,” Van Kovics said. “We play solid defense and try to create offensive opportunities.”
On Oct. 13, Burgess & Co. put the clamps on Locust Valley, and Chinchilla scored in the 16th and 46th minutes to lead the Rams to a 2-0 road victory. It was their first game on a grass surface all season. The teams played to a scoreless draw at West Hempstead on Sept. 23 and will meet a third time with a spot in the Class B final on the line.
“Locust Valley likes to play a possession game, but our defense hasn’t let them create much,” Van Kovics said.

Covid impact cuts into the ‘normal’

Inwood fire aims to expand and add a truck