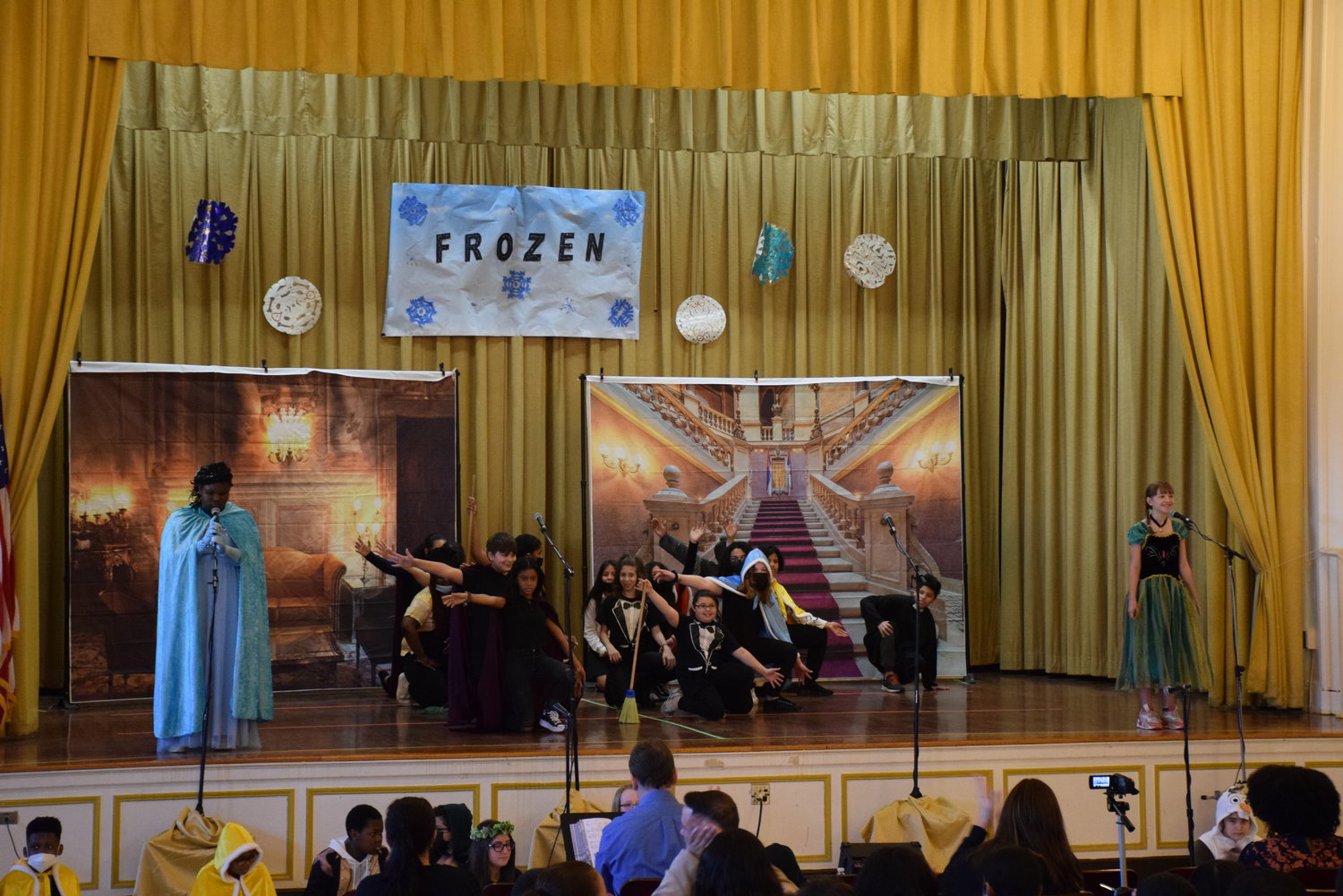 The film performed by the students, which was released in 2013, has become a renowned international hit.
By Robert Traverso

The drama club at George Washington School in West Hempstead put on a production of the Disney film “Frozen” on April 14.

“Students and staff members filled the school’s auditorium as they watched the club’s magical performance,” the West Hempstead Union Free School District said in a statement.

Students starred as various popular characters from the beloved film, such as Elsa, Anna and Olaf.

The district said the drama club’s cast, pit and crew earned a standing ovation from the crowd for their performance.