Baldwin off to impressive start 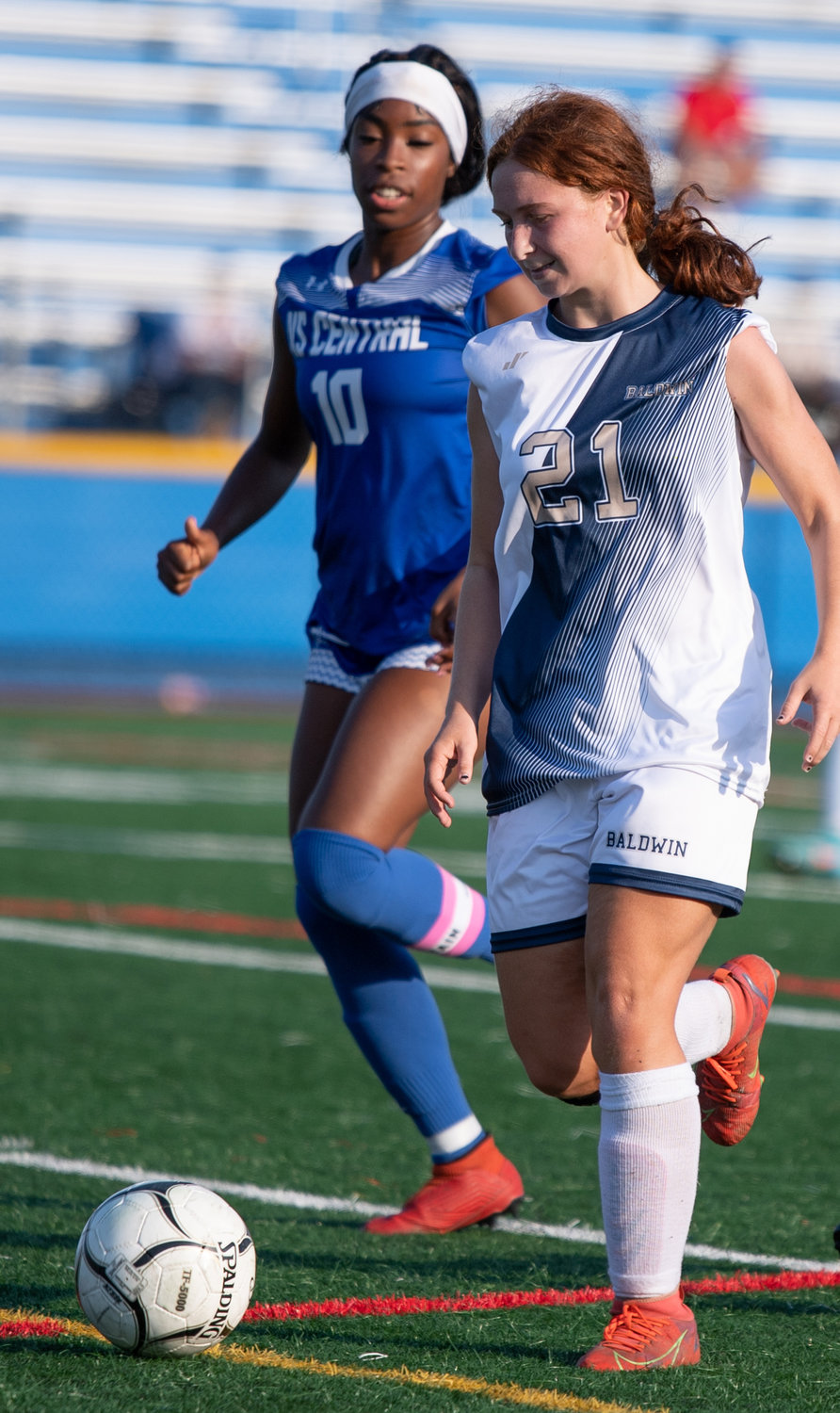 As the twins go, so goes Baldwin girls’ soccer.

Last season, the Darcy twins helped lead Baldwin to a third-place 10-3-1 record. But they are back as seniors, playing better than ever.

The Lee Rogers-coached Bruins romped during the Hempstead summer league and has started off the season 3-0-2.

That makes for a 14-game unbeaten string, counting the summer exhibitions. The streak was extended when on Friday when 8th-grader Lizzy Hill scored in the final minute to knot East Meadow, 1-1.


“Off to a pretty good start,’’ Rogers, the Southampton, England native, said in his British accent. “We’re trying to improve on last season.’’
Taylor Darcy was All-State last season and named to the top-100 player list for Long Island.
Meanwhile, Jessica, whom the coaches want to play more of a defensive role, has struck for six goals already to lead the conference. She was an All-State honorable mention in 2021 and there’s no holding her back.
“The two of them just read the game well,’’ Rogers said. “They have a sense of where to be on the field. We dropped Jessica into the defense to help out against difficult offenses. But she’s still a goal scorer. She knows how to collect a ball, develop a play and finish off.’’
This is a youthful team with just four seniors but supremely talented nevertheless. Baldwin even promoted two eighth-graders to varsity because of their skill level - forwards Kaitlin Timmes and last Friday’s hero, Hill.
This is Rogers’ fourth season as varsity coach but has been with the program 12 years, dispensing his British-soccer wisdom. He says of his homeland that “football is life.’’
And that’s the enthusiasm he delivers to his players, even as he’s a sound-alike for comedian Ricky Gervais, especially his laugh.
In addition to the twins, the Bruins boast a bedrock piece in goal, freshman Dee Ikechukwu. She was called up late last season as an 8th grader and showed promise. Now she’s recorded two shutouts, allowing 3 goals in 5 games.
“This is really good for us,’’ Rogers said. “And we have her the next four years at a position we struggled in the past.’’
The goalkeeper will have help in middle defender Samantha Torres, a senior known for her strength and chemistry with the twins, having played several years on their side.
Then there’s young sophomore Jordyn Saria, their speediest defender who plays a smart, tactical game.
Another sophomore is at midfield, Alli Linhart, who played junior varsity last season but has looked ready.
It looks like Baldwin will get over its major key loss that was goal-scorer Stephanie Hernandez. Junior Anna Wehr has 3 goals.
More importantly is worry about sophomore Averi Thomas, who hurt her thigh after the first game. Her return is in limbo but Baldwin’s prospects still look lovely.
The closeness of the club is noteworthy “Our strength is an ability to come together as a team,’’ Rogers said. “The team puts others above themselves and strive to push each other to their limits.’’