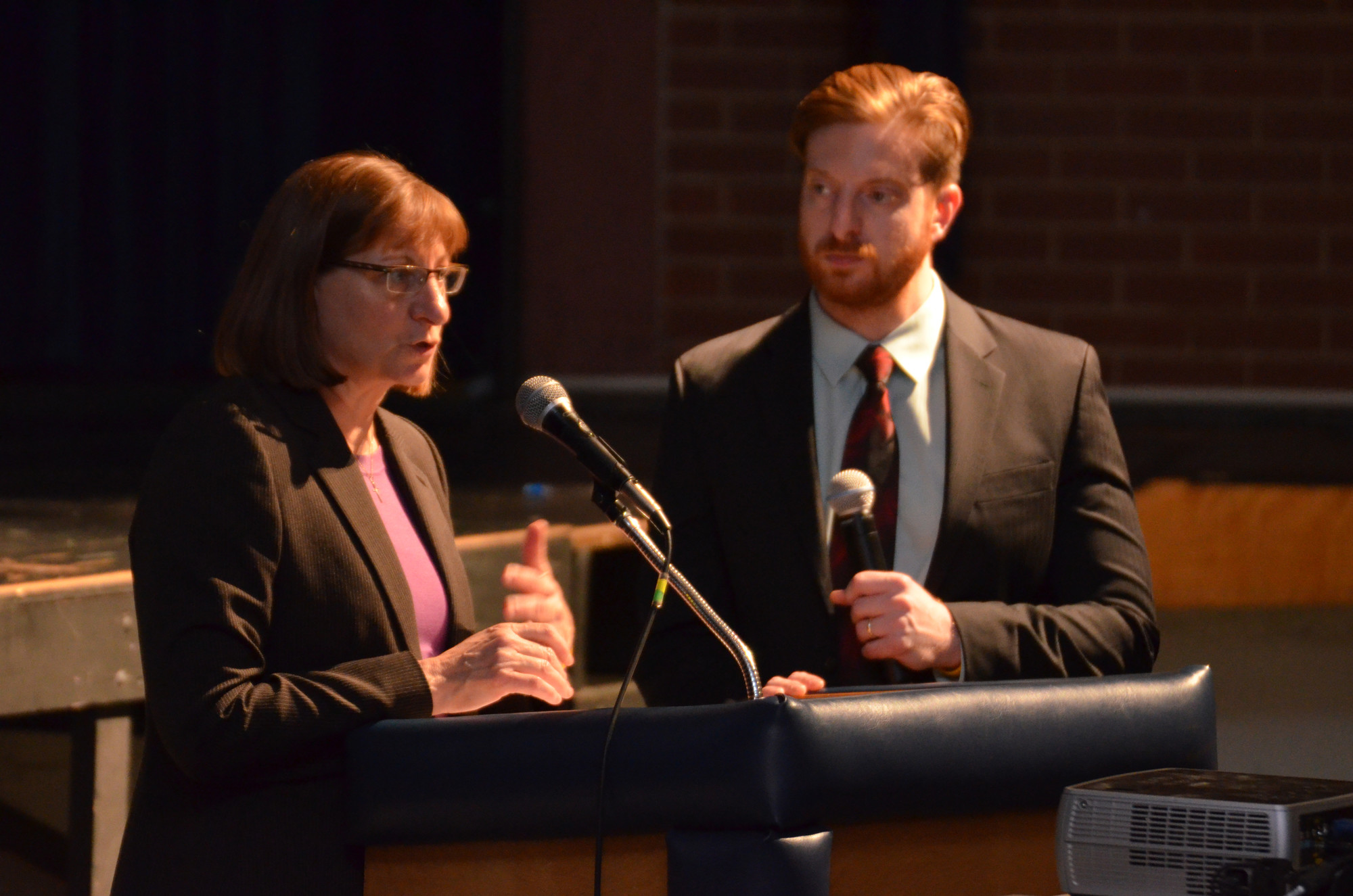 Jane and James Clementi spoke to Baldwin High School students about the perils of bullying.
Photo by Tim Baker/Herald
By Adrienne Lyons

Students need to think before they post anything to social media. And if they see or hear anything objectionable from others, they should object themselves.

That was the message at Baldwin High School last week from the family of a young Rutgers University student who killed himself as a result of being cyberbullied.

Jane Clementi and her son James appeared at the school for two sessions to talk about their family’s organization, the Tyler Clementi Foundation, begun after James’s 18-year-old brother, Tyler, who was gay, committed suicide in 2010 after his college roommate set up a webcam to spy on him. The roommate recorded Tyler in an intimate moment, and then invited others to view the interaction online. Tyler learned what had happened, and found that he had become an object of ridicule. He jumped off the George Washington Bridge a few days later.

He was “an accomplished violinist, he was a thoughtful, loving brother and son who loved his pets,” his mother said. “He had a great sense of humor and a cheerful disposition.

“He was very special to us, but unknown to others,” she added. “He made a choice we can never undo. As much as my husband and I would like to go back and change things, we can’t. But we can go forward.”

Part of going forward for the Clementis was the establishment of the foundation, and through that, the #Day 1 Campaign, which works to prevent bullying before it begins. The campaign focuses on having participants vow — from Day 1 — to take a stand against bullying.

At Baldwin, students, staff and administrators took a pledge on the first day of school to become “upstanders,” who will intervene when bullying occurs. Video of Baldwin’s #Day1 Challenge was produced by the school’s new TV studio, and is available at https://youtu.be/vmMORE5Ghbc.

At the school assembly last week, Jane Clementi said, “We want to make sure no one else feels the pain or anguish or humiliation that Tyler felt.”

Technology, she cautioned, isn’t the problem. “It’s how it’s used and the anonymity of it,” she said. “You should think before you post something because you don’t know who’s reading it.”

And some messages are not always intended to be hateful, said James; rather, people don’t always realize how their messages sound to a reader.