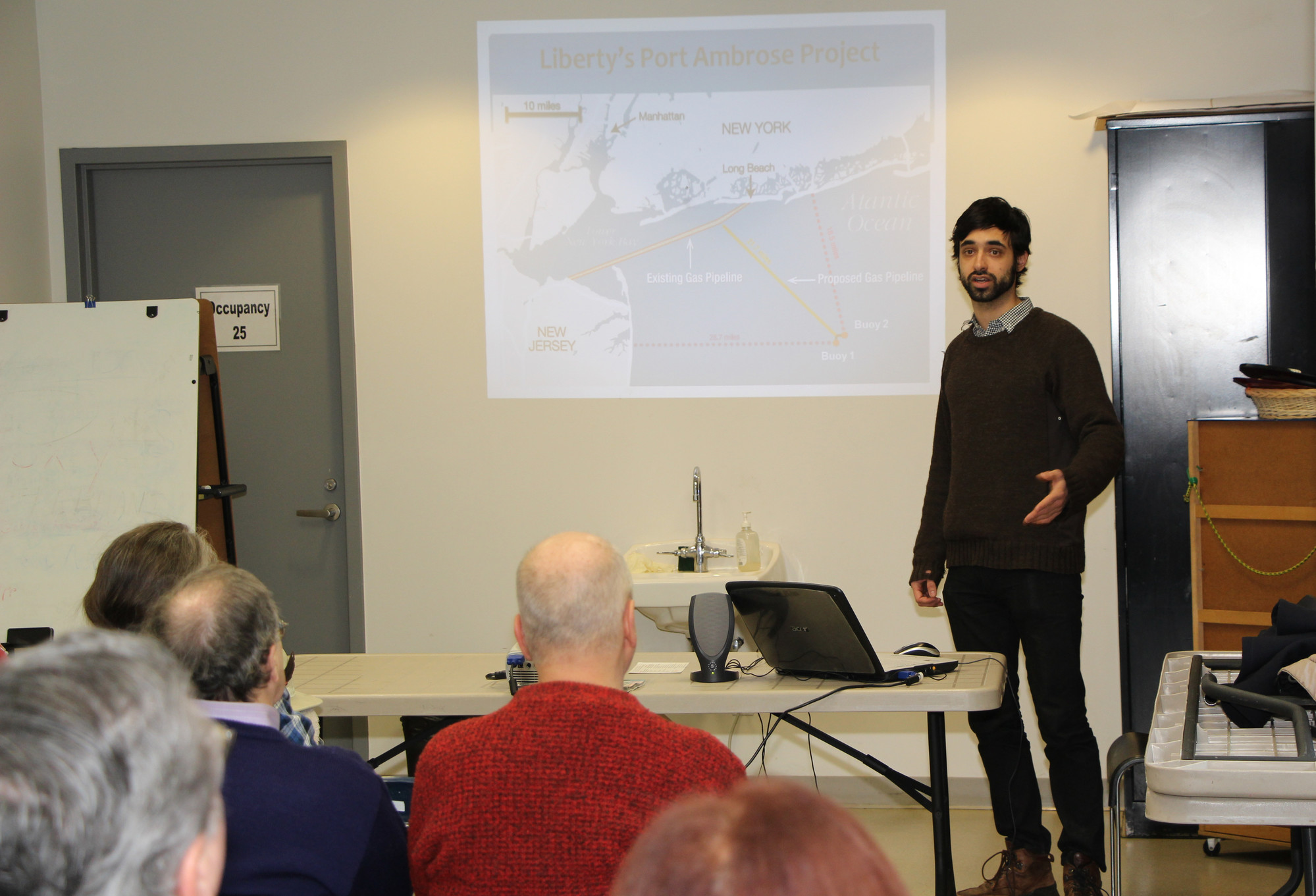 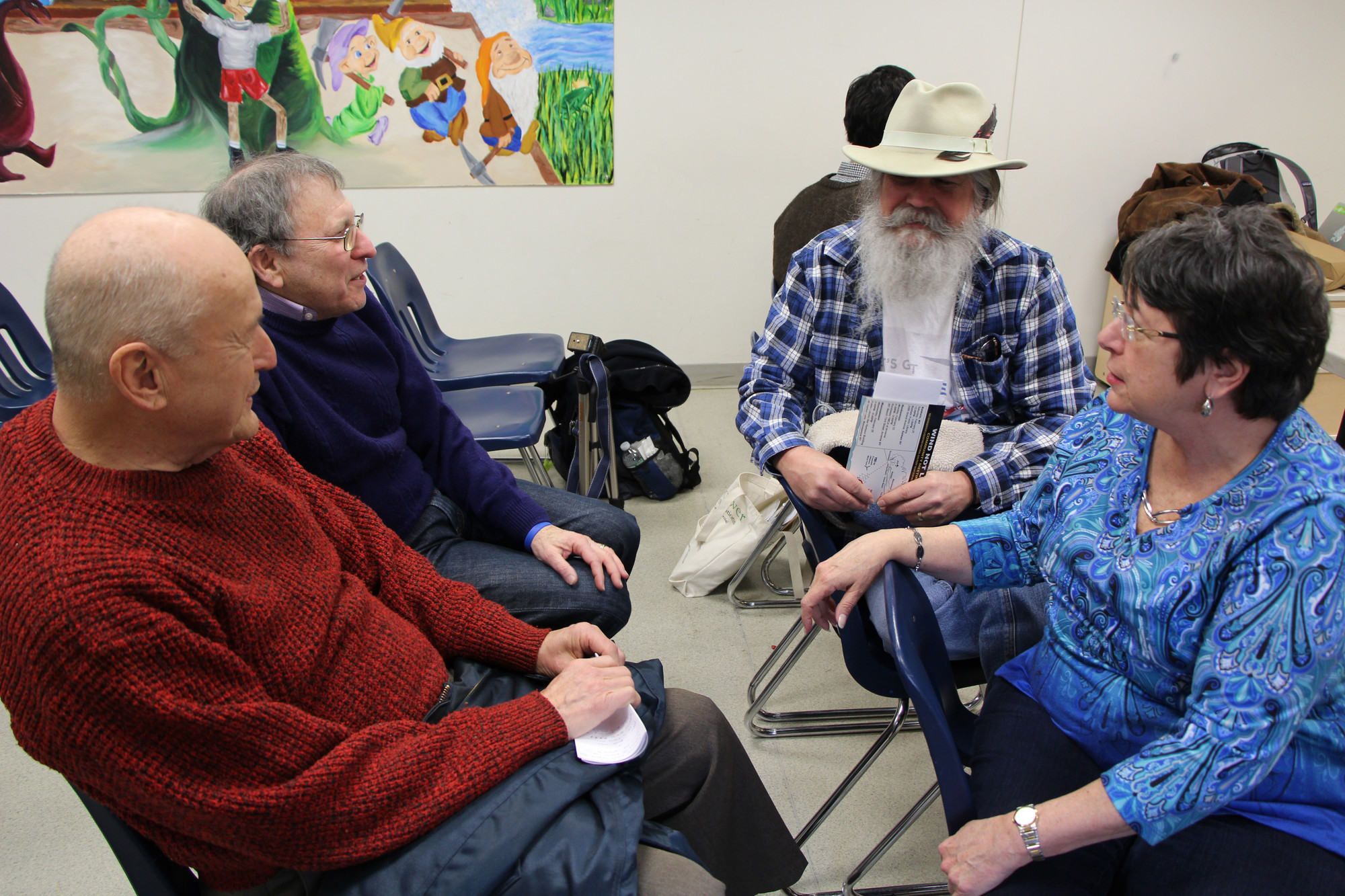 Local environmental groups made their case against plans for an offshore liquefied natural gas terminal and implored South Shore residents to do the same with their elected officials at an informational meeting in Baldwin last Saturday.

All Our Energy and Sane Energy Project, two environmental groups based in New York, led the meeting at the Baldwin Public Library to spread the word about a company’s plan to build Port Ambrose, a liquefied natural gas terminal in the Atlantic Ocean 19 miles southeast of Jones Beach and 29 miles east of Long Branch, N.J.

The plan includes a system of underwater buoys and pipelines. Ships designed to carry tens of millions of gallons of condensed, super-cooled natural gas would dock at the port, heat the LNG into gas and pump it inland, by way of Long Beach and Island Park via the existing Transco natural gas pipeline, which extends from South Texas to New York and runs under Long Beach.

Environmental groups and elected officials, most notably U.S. Rep. Kathleen Rice, a Democrat, Republican State Senate Majority Leader Dean Skelos and the Long Beach City Council, have come out against the project, citing concerns that it would hurt the environment, increase the region’s dependence on foreign fuel and create the potential for an offshore catastrophe or terrorist attack.

Nassau County Legislator Laura Curran (D-Baldwin) said she sees both the pros and cons of the proposal — jobs that the terminal’s construction would create, along with a supply of natural gas, but environmental concerns, including the possibility of an explosion, and worries about terrorism. “Right now, the way I see it,” she said, “the cons seem to outweigh the pros.”