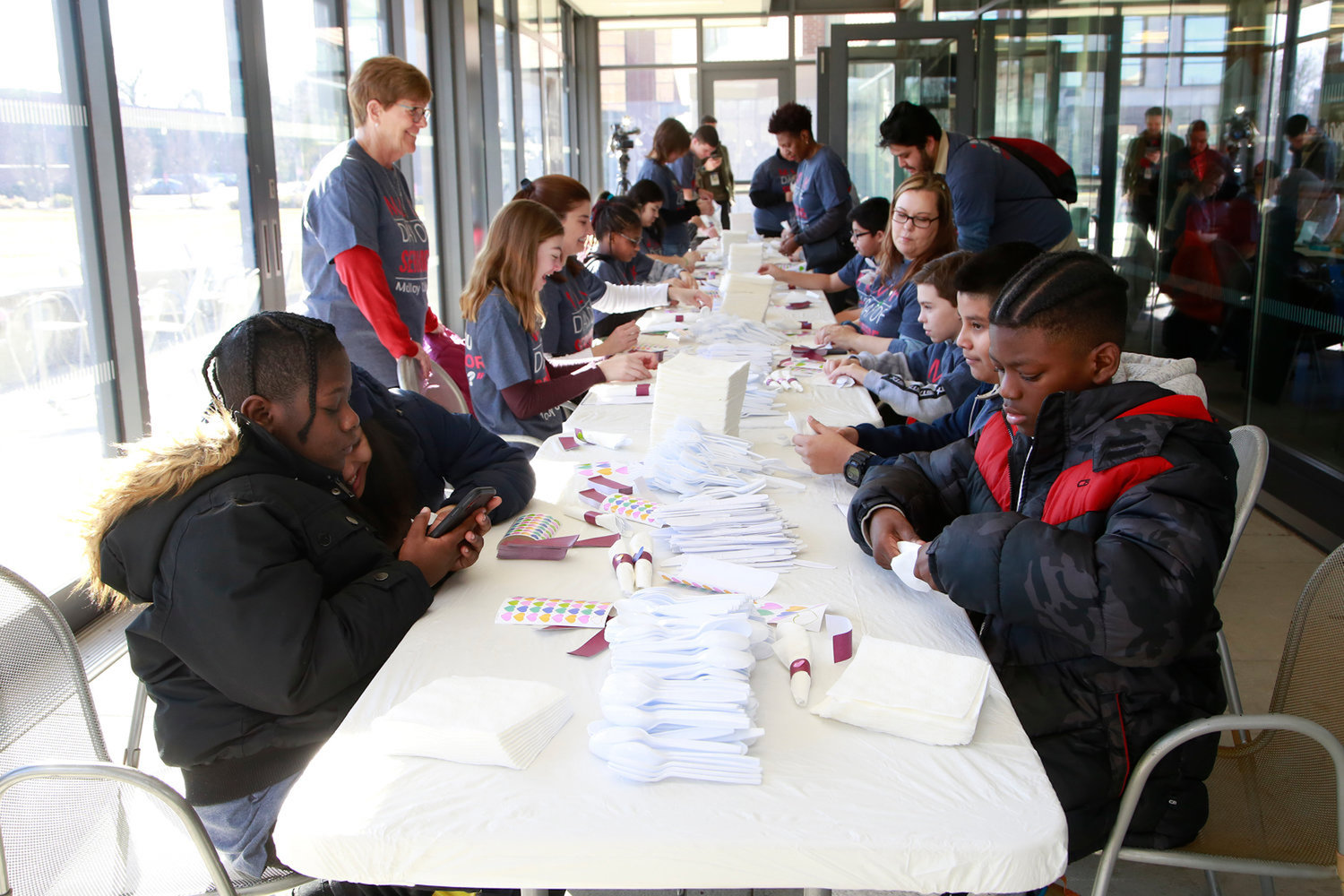 At 9:30 a.m., Renner, an assistant professor of digital humanities and new media at Molloy, led attendees through the Virtual MLK, or vMLK, Project. As a doctoral student at North Carolina State University in 2014, Renner was the research and production team lead for the project, which recreates one of King’s best-known speeches, “A Creative Protest,” using advanced digital and audio technology for scholars and students.

As a doctoral candidate, Renner collected information from 10 people who attended the speech, which King made at the White Rock Baptist Church in Greensboro, North Carolina in 1960, to make the modern recreation more accurate. He also did background research on the speech, which is known for being King’s first to call for civil disobedience, but was not recorded.

North Carolina State and the church’s congregation teamed up to publicly recreate the speech on June 8, 2014. Voice actor Marvin Blanks captured King’s singsong cadence and powerful voice. The church no longer operates today, but was recreated digitally for the virtual-reality experience of the speech, placing viewers “in” the former building.

The project also uses gaming computers and Oculus Rift virtual reality to enable virtual visitors to walk through the virtual church during the speech.

At 11 a.m. on Monday, attendees of the Molloy program were introduced to Greta Guarton, who represents the Long Island Coalition for the Homeless, which carries on King’s legacy.

King famously wrote, “God never intended for one group of people to live in superfluous, inordinate wealth, while others live in abject, deadening poverty,” in his 1963 book “Strength to Love.” The coronavirus pandemic increased the difficulty — and the importance — of the coalition’s mission to reduce the number of people experiencing homelessness on Long Island.

Many participants in the virtual event made donations ranging from books to toiletries for Molloy’s campus ministry Midnight Run program as part of the MLK Day festivities. Under normal circumstances, participants would meet and package to be delivered to various sites throughout New York City from 10 p.m. to 1 a.m. several times throughout the year.

“If we were in person today,” Molloy Campus Minister Michelle Martin said on Monday, “we would have been sorting hygiene kits for our Midnight Run that would then, throughout the semester, be handed out to the homeless in New York City.”

Kathy Muscente, Molloy’s vice president of admissions, said that the school would try to have an in-person donation event in the early spring to recapture a sense of togetherness and solidarity.

Cozying to a book at Archer St. School