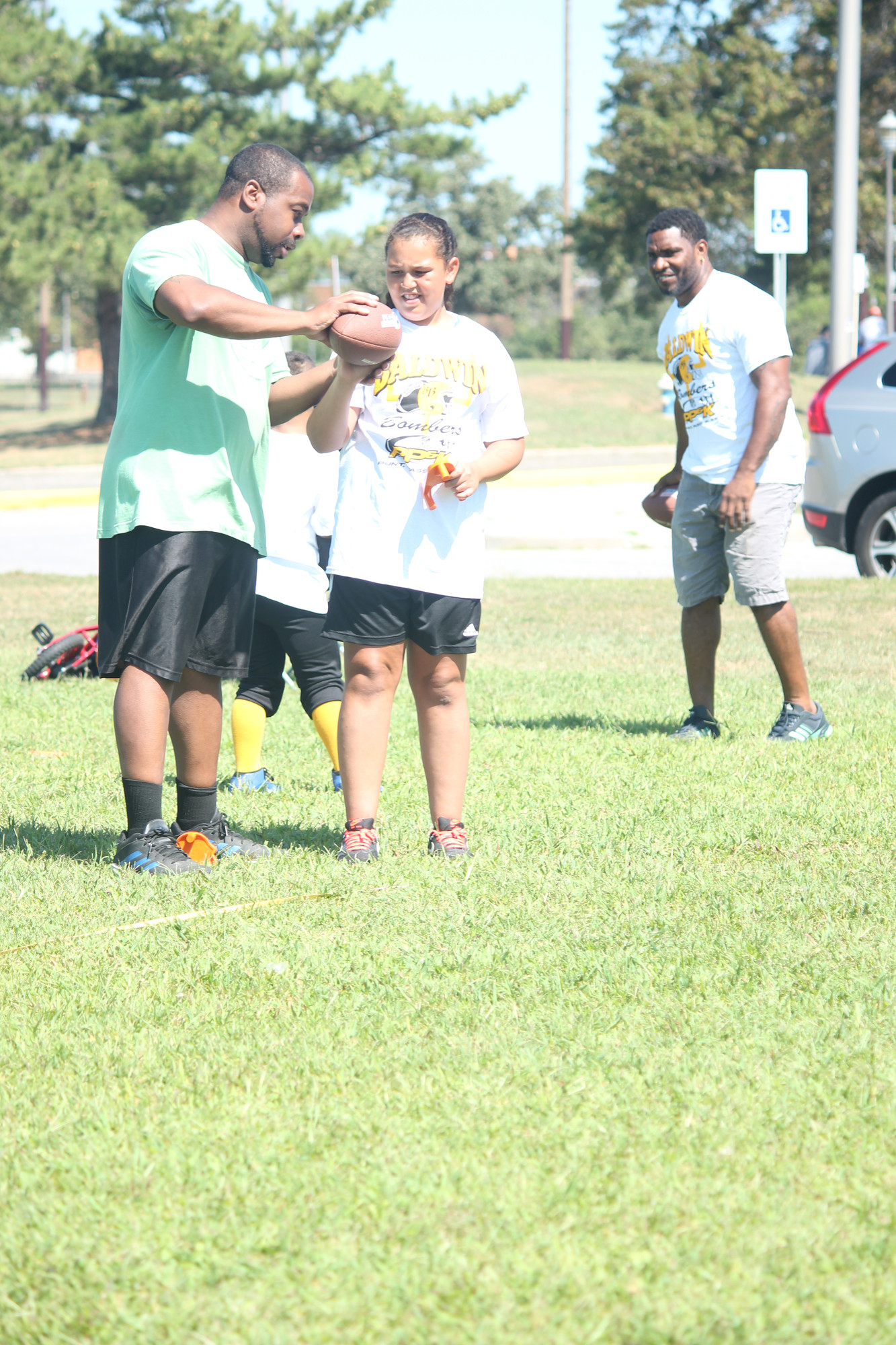 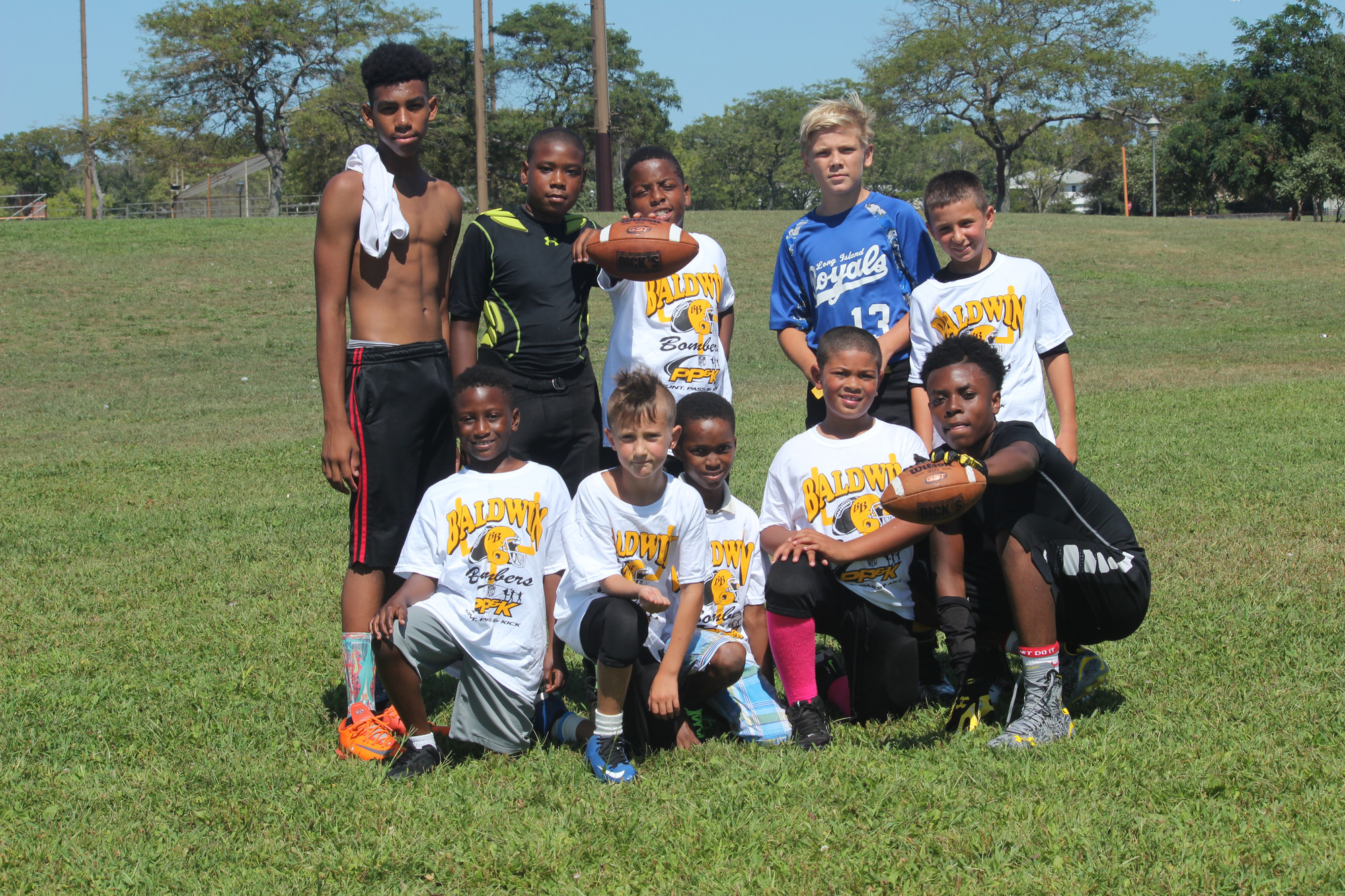 Kids of all ages came to Baldwin Park to participate in the Baldwin Bombers’ annual Punt, Pass and Kick competition.
Photo by Theresa Press/Herald 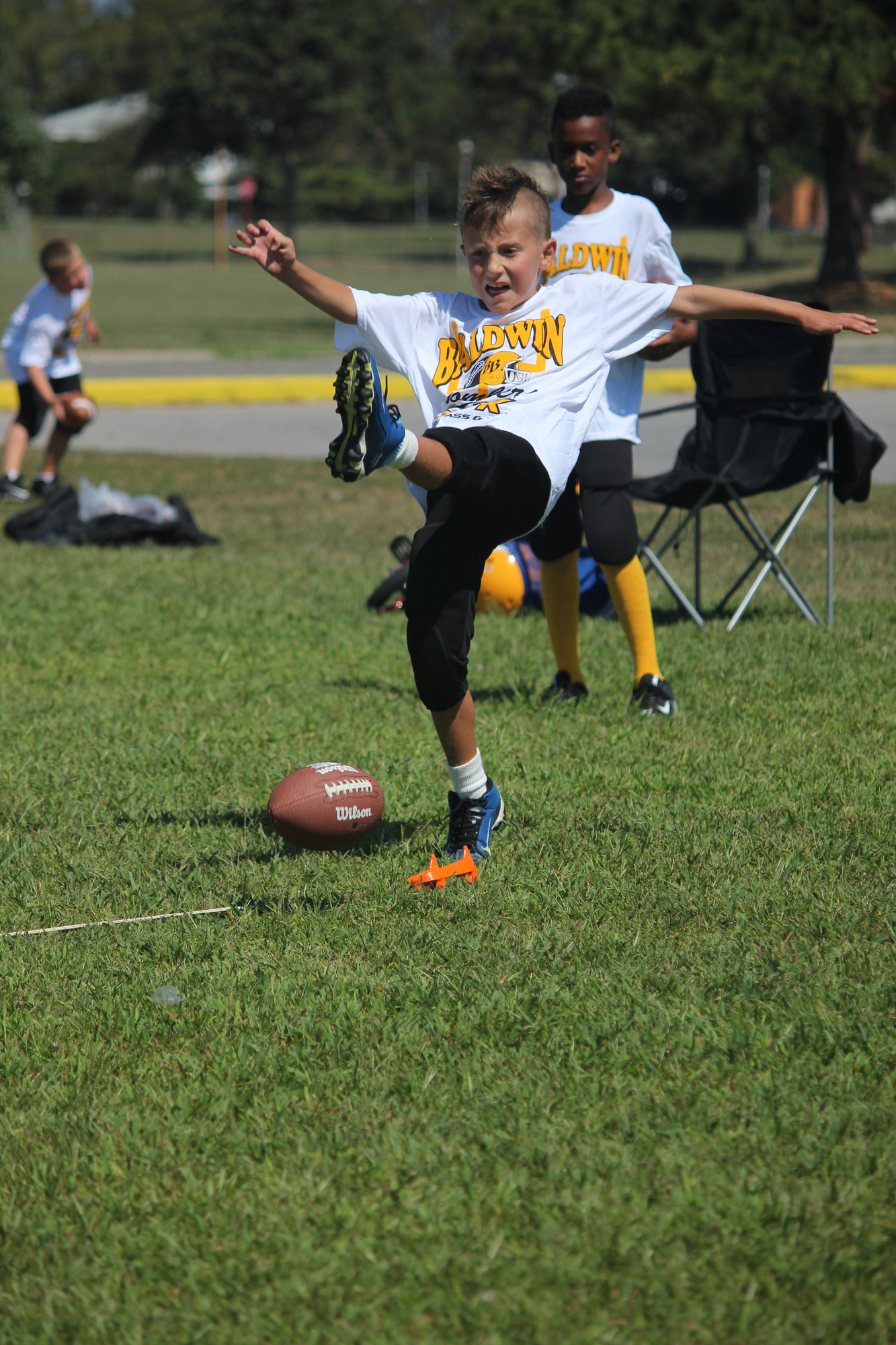 Michael Jordan, 7, practices his kick.
Photo by Theresa Press/Herald
Previous Next
How the Baldwin Bombers Did

Results of the Punt, Pass and Kick Competition

Eli Manning and Ryan Fitzpatrick got put on official notice. There are some newcomers in town who are aiming for their jobs.

The new guys showed their stuff at Baldwin Park at the National Football League’s Punt, Pass and Kick competition for kids ages 6-15.

The Baldwin Bombers, a local football youth club that plays in the Nassau County Youth Football League, sponsored the event. The NFL’s Punt, Pass and Kick competition is a national skills contest for boys and girls to compete separately against their peers. The program allows young athletes to learn football fundamentals in a non-contact environment.

But none of that mattered to the kids playing Sept. 5. In the competition, girls and boys in five age divisions faced each other in punting, passing and place-kicking. The 54-year-old program was free both to players and to their organizer-hosts.

How the Baldwin Bombers Did

Results of the Punt, Pass and Kick Competition