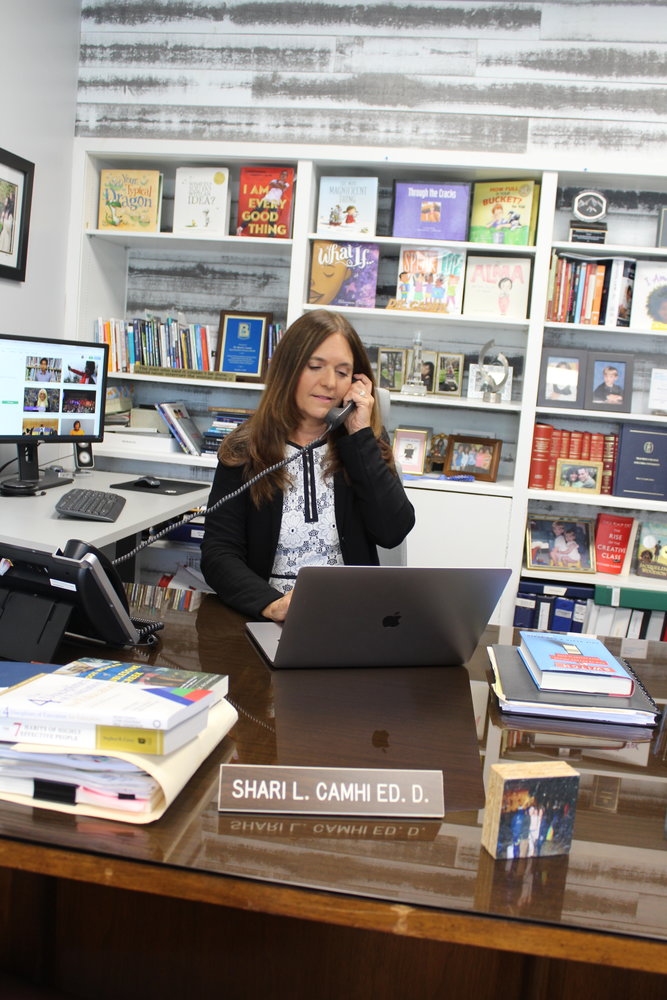 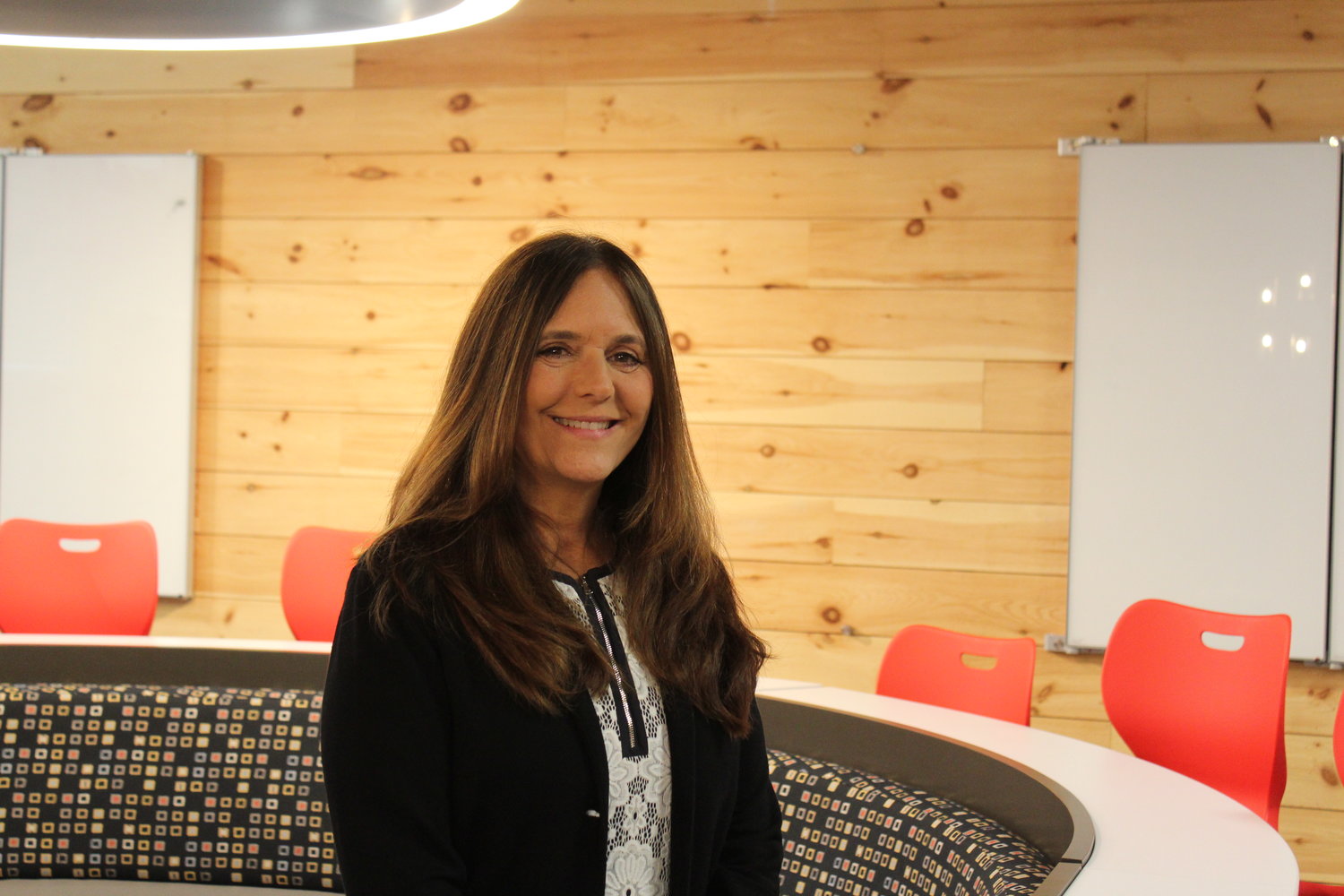 Superintendent Shari Camhi in one of the district’s innovation labs.
Karina Kovac/ Herald
Previous Next
By Karina Kovac

Shari L. Camhi, superintendent of the Baldwin Union Free School District, was sworn in July 13 as the 2022-23 president of American Association of School Administrators, also known as the School Superintendents Association. The association, headquartered in Alexandria, Virginia, is a network of educators who advocate for equitable access to the highest-quality public education for all students, and develop and support school system leaders.

Running against two other superintendents, Camhi promoted her ideas about education, including giving children more opportunities to explore their passions and accommodating different types of learning. She also spoke of the Baldwin district’s accomplishments, such as being named a Lighthouse District — a model of leadership and mentor to other schools — and its innovative Academic Academies, in which students can get to know professions they’re interested in before they commit to one in the future.

Over the years, Baldwin has been recognized for its innovative and rigorous academic programs, numerous partnerships with local colleges, like Hofstra University and Nassau Community College, and its redesigned classrooms, and prides itself on helping students become college-, career-, and life-ready. The district’s graduation rate is currently 98 percent.

“The world is a different place than it was in 1965, 1985 and 2005,” Camhi said at the AASA Installation Celebration in Washington. “It is incumbent upon us, as school district leaders, to reinvent the experiences our students take in on a daily basis and create experiences that are amicable to the jobs they will have in the future. As part of Learning 2025, we look forward to networking with school communities across the country, and support one another regarding the myriad of possibilities for other school systems moving forward.”

Daniel Domenech, the association’s executive director, said, “As we continue to light the path for school districts across the country in their collective efforts to redesign and reshape the way kids learn, I am thrilled that Superintendent Shari Camhi — a futuristic leader — will serve as the president of school administrators association for the coming year. It is imperative that superintendents take bold, actionable steps in order for their school systems to succeed. Shari and her team at Baldwin

schools are doing just that.”

Offering more details on how school instruction has changed in recent years, Camhi explained that many schools follow a design created during the Industrial Age that is no longer suitable. Many schools were developed “when we were preparing people for factory jobs,” she said, “and (now) our economy is a different economy — it’s more of a service economy. While there still are many industries and varying industries, we really need young people who can think critically and communicate and be creative and more active in their learning.”

Programs such as the academies, dual-enrollment programs with colleges and Advanced Placement courses help students choose the avenues of study — and careers — that are best for them. “Depending upon who you are as learner,” Camhi said, “you may engage in college-level material, but you have options of how you can do that. And I think our emphasis when we think about our school system is really all about (that).”

Shouting the district’s accomplishments from the rooftops is one of the ways she attracted the votes of association members, she said.

“I spent a lot of time sharing the work we’re doing in Baldwin, and people are very impressed by what’s happening here,” she said. “The number of requests that we have for people to come and learn from us is growing, and I think when people think about who they wanted to lead the organization, they were thinking of who on the slate represents doing things differently.”

By differently, Camhi said, she means learning that involves inquiry-based, critical thinking, “I think that’s what makes us stand out,” she said. “It provides an opportunity for kids to conjecture and think and be really smart about the content.”

Now, as head of the association, Camhi can spread these ideas and influence policy at the state and national levels, starting with the premise that no two kids are alike. “I just think that there’s a lot of different ways to show your understanding of content and your knowledge and your intelligence,” she said, “and siphoning everybody through one small opening is unfair to most kids … we have to really recognize that we’re dealing with people, young people, and that we have to be flexible in the way that we do that.”

Another area Camhi said she would like to examine is school funding. “I think funding schools needs a relook,” she said, “because to me, the work of school systems is fundamental to everything important to our country, and should be at the very top of the list.”

She added that she couldn’t stop thinking of the children and teenagers who motivated her to pursue the leadership of the administrators association. “The motivation behind this move was really to shine a big bright light on Baldwin,” she said, “and to let the entire country know that Baldwin as a school system, and Baldwin as a community, is a very, very special place, doing very, very special work.”

Camhi has two master’s degrees — one from Long Island University and another from Adelphi University — and earned a doctorate from Teacher’s College, Columbia University. A former member of the association’s governing board, she is also a graduate of the AASA National Superintendent Certification program.