Fearing that her musical tastes might not suit “The Voice,” Martinez played a folksy version of a Britney Spears song in her blind audition.
Courtesy NBC 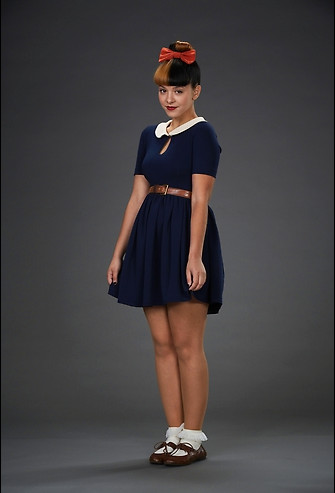 Melanie Martinez says her bicolored hairstyle took her parents by surprise. “They kind of flipped out,” she told the Herald last week.
Courtesy NBC 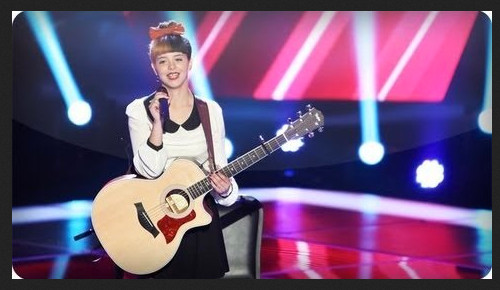 Baldwin’s Melanie Martinez, who wowed a national audience on NBC’s “The Voice,” spoke with the Herald about her progress on the show, her life in Baldwin and how her dream almost ended before it began.
Courtesy NBC
By Chris Connolly

Melanie Martinez, the 17-year-old Baldwin resident who recently wowed a nationwide audience on NBC’s “The Voice” with her folksy pop stylings, summed up the last few weeks with a single, typically teenage phrase: “It’s been awesome.”

Speaking with the Herald last week from her home after a ban on media communication was partially lifted, Martinez displayed many of the qualities that endeared her to “Voice” producers and eventually landed her a spot on the team of coach and Maroon 5 frontman Adam Levine. The Astoria-born Martinez, whose family moved to Baldwin when she was 4, is energetic and slightly unpolished, but she’s also earnest and has an obvious love of music. She credited her teachers in Baldwin with instilling in her the drive to practice and improve that led to her recent success.

“We always had music lessons in Baldwin,” said Martinez, whose mother works in payroll and whose father owns an advertising business. “When I was in kindergarten at Plaza [Elementary School], Mr. Nadien pushed us in the right direction. He taught me singing and to play the recorder. I remember he made a Christmas CD with us, and that was exciting.”

Martinez said that Baldwin High School teacher Patricia Grant also helped her grow artistically. But it was another of Martinez’s passions, photography, that Grant prodded her to pursue.

“I always liked photography, but Mrs. Grant really encouraged me,” she said. “Before I met her I was just doing my own thing. Taking pictures of things that 13-year-olds take pictures of — flowers and other youthful subjects. I was unfocused, and she steered me in the right direction. She told me I had a good eye, and she’s been a great mentor.”

Martinez got a chance to showcase her photography when her blind audition for “The Voice’s” judges aired. She showed host Carson Daly some of her pictures, including a digitally altered image of a girl who literally has butterflies in her stomach. Martinez told the Herald that she had planned to attend a visual arts school in New York City if her “Voice” audition didn’t go well, and also revealed that an early brush with misfortune nearly derailed her journey before it began.