Wayne Miles is Baldwin Herald's Person of the Year

His civic activism has led to many improvement projects 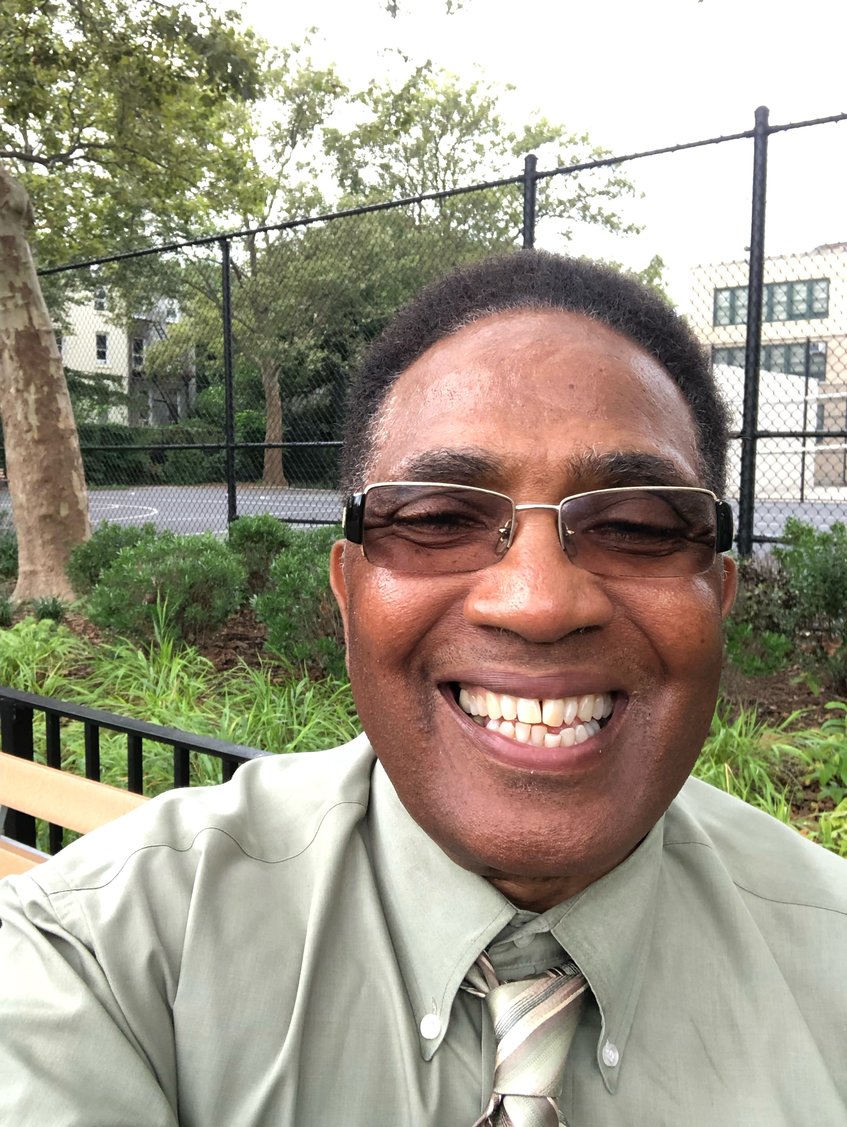 One thing I love about Baldwin is that it’s a very mixed community…and [people] are respectful.”
Wayne Miles, civic activist
By Cristina Arroyo Rodriguez

Despite the social and economic limitations imposed by the coronavirus pandemic, Baldwin Oaks Civic Association Vice President Wayne Miles, 71, has led a series of beautification and safety projects in North Baldwin by partnering with local organizations, elected officials and the community.

“As a resident, homeowner and community advocate in Baldwin, I am resigned to maintaining the quality of life and committed to keeping Baldwin clean, green and beautiful,” Miles told the Herald.

Indeed, in the past year, the Baldwin Oaks Civic Association has kept quite busy. Community Engagement Chair Jonathan Prevost said, “We set an ambitious goal to get 10 community improvement projects completed by the end of the summer. I'm happy to say we completed seven out of the 10 projects, with three currently in the works.”

Among the projects, the group has:

For all of the good that Miles has done for the community, the Baldwin Herald proudly names him as our Person of the Year for 2021. “Most of the things that I do, some people know or don’t know about, but I don’t usually get recognized,” he said.

Murray described Miles as “unselfish,” adding that he is also “energetic,” a “doer” and a “bridge builder.” “The good thing about him is that he’s a consensus builder—before a decision, he goes out and elicits everyone’s opinion,” Murray said.

Miles was born in Spanish Harlem and then moved to Brooklyn when he was 7. He came to Baldwin with his wife, Inge, and son, Hannibal, in 1994. He said he chose Baldwin because of its safety — he wanted to be a major influence in his son’s life, “instead of the streets.” His wife, he said, fell in love with Baldwin because it had the space that she needed to raise a family.

“One thing I love about Baldwin is that it’s a very mixed community . . . and [people] are respectful. I don’t know what people do around their families and friends, but in public, they are very respectful,” Miles said.

Miles wasted no time in starting his social outreach and community work. In 1996, he and his family attended a Baldwin Oaks Civic Halloween party, fell in love with the organization and joined. One of his first projects was fighting to have Coes Neck Park rehabilitated with new basketball courts.

This was not surprising, as Miles had a proven track record of social activism in Brooklyn. In 1993, Miles received the Hakim Subir Humanitarian Award for Distinguished Community Service in organizing community youth and setting up the first Summer Olympics at Parade Ground Park in Brooklyn.

In 2015, in honor of Black History Month in February, he received a citation from the City of New York in its salute to African-American businesses. As a part of "Black Businesses in Brooklyn: Legacy and Longevity,” Miles was recognized for 30 years of continuous operation, dedication and involvement in the local downtown business community.

Miles started GoGreen Inc. in Brooklyn in 2006. GoGreen Inc. is a nontoxic commercial and residential cleaning service, with a retail store for green products, that “educates businesses and neighborhood residents about the health issues involved in cleaning and personal care,” and Miles even created his own line of green cleaning products.

Miles uses his business-networking acumen in his community organizing. “He’s always the person to find out the correct liaison for issues,” Baldwin Oaks Civic Association board member Yasminda Lowe, 47, said. She added that Miles was the one who encouraged her to join the association three years ago.

Besides beautification projects, Miles has also leveraged his relationships and networks outside the organization to advocate for residents. He was influential in advocating against having the Nassau County Police Department’s 1st Precinct moved next to Baldwin High School and having a Molloy College facility in Coes Neck that would have increased vehicle and pedestrian traffic. He also fought efforts to abolish Sanitation District No. 2 through community referendum.

Miles, however, has also ventured on his own, using his money, time and physical effort to provide and install Christmas ornaments in the Fairview Mall area and plant and water flowers at the corners of Village Avenue and School Drive and Grand Avenue. “I just do it—as simple as that. If I see garbage on the street, I’ll go and sweep it up,” he said.

He engages in these personal projects, in part, because he finds that the Baldwin Oaks Civic Association has had a hard time drawing volunteers from the community. “It’s difficult to make them aware that it is their effort that is going to keep the quality of life up, the house prices up, and that it is their vigilance that will keep crime down,” he said.

He understands, however, that people are busy and prioritize their jobs, careers and families. Miles was the Baldwin Oaks Civic Association’s Sanitation Committee chairman for 19 years, before becoming vice president in 2017. As sanitation chair, he was in charge of surveying streets, zombie housing and code violations. He has not sought the presidency, he said, because he does not have the bandwidth between his family, business and volunteerism.

Lowe said she believes Miles’s responsibilities as a business owner and family man make his work all the more remarkable, saying, “Even though he’s not the president, Wayne has acted as such in several occasions.”

Miles recognized that social media has helped in membership recruitment. Nonetheless, he said, “Covid has presented a greater challenge as people are afraid to come out and engage.”

Speaking of Miles, Prevost said, “During the height of the pandemic, he led the Baldwin Oaks Civic Association on numerous improvement projects and continues to work on behalf of the organization and community.”

The civic group has been active for more than 40 years and shows no signs of slowing down. The Baldwin Oaks Civic Association is “an organization that is on the move,” Miles said. He has seen improvements in home upkeep, renovations and values since he moved to the community 17 years ago, but he has seen an increasing number of vehicles parked on local streets recently, and that is an issue he wants to address.

Miles listed future projects, including beautifying areas in North Baldwin, installing a “Welcome to Baldwin Oaks” sign, adding guardrails of the Southern State Parkway overpass for school children’s protection and having a voice in the equitable distribution of the Downtown Revitalization Initiative funds.

“[Wayne Miles] has an unyielding passion for improving the value and safety of his town and will not stop until the job is done correctly,” his son, Dr. Hannibal Miles, 31, told the Herald. “He understands the issues that many members in his community face and addresses them head-on, making Baldwin a better and more beautiful place to live.”