A ‘little gift of sunshine’ for hospitalized kids 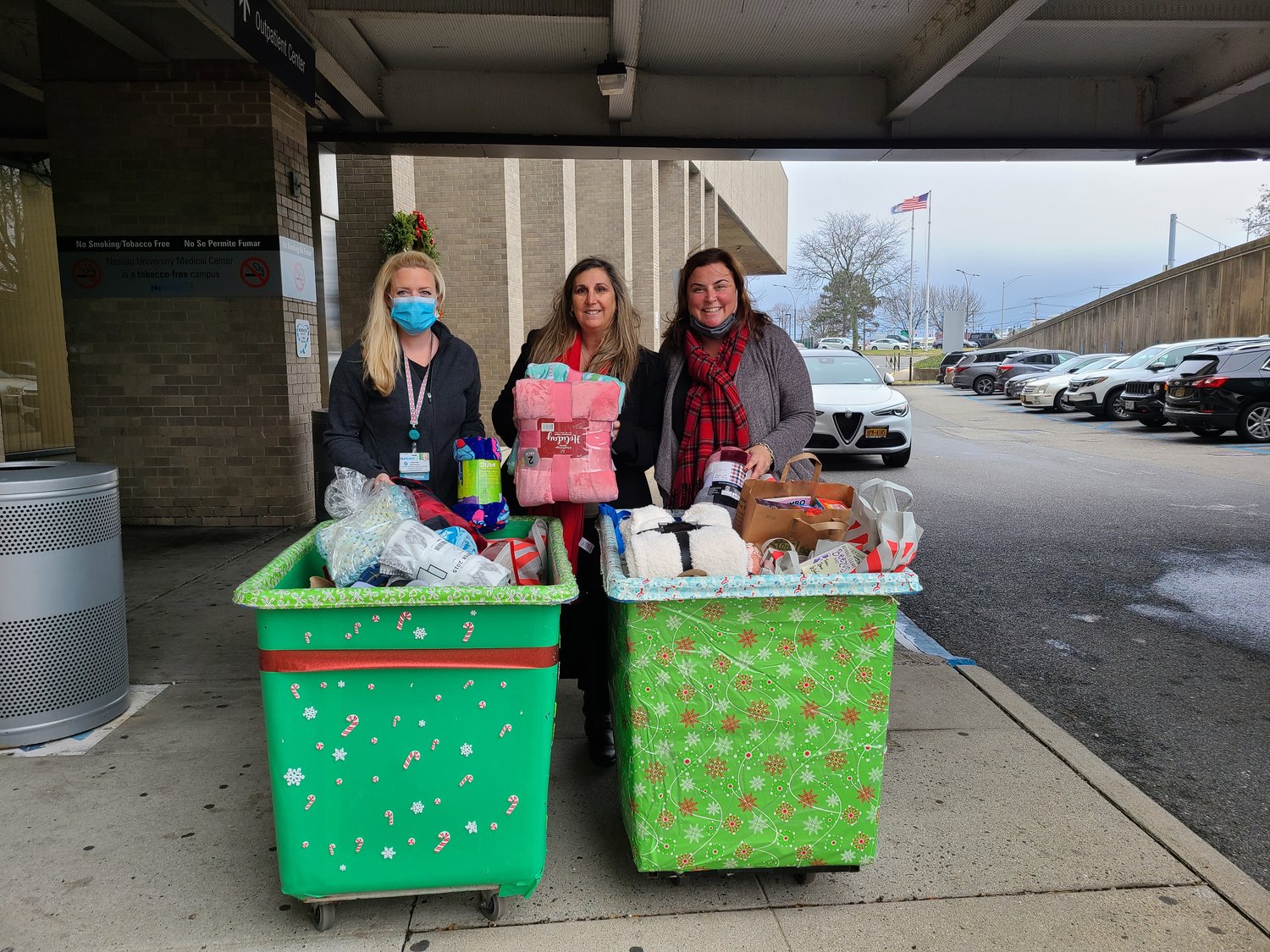 What better way to receive comfort then to have something to snuggle up to and read a book or have your parent read one to you. When I don’t feel good I like to be on the couch with a blanket and read a good book too.”
Tracy Pulice, Founder, Blankets and Books
By Laura Lane

Being in the hospital is hard, especially for children, which East Meadow resident Tracy Pulice knows only too well. When her 23-year-old son Thomas Allred was 18 months old, he had several surgeries at Children’s of Alabama, in Birmingham, where Pulice was living. When she moved to East Meadow in 2003, Thomas needed an additional surgery. She drove him to Children’s, because she knew the doctors there and her experiences had been positive.

Parents were permitted to stay with their children at Children’s, so Pulice saw firsthand how much her son enjoyed going to a room filled with the toys and books. “Children could walk or be wheeled in there and it was therapeutic, because it resembled a playroom,” she recalled, adding that children could take a toy or book back to their room. “And they could take the toy home with them as they recovered.”

Fast forward to 2013, when Pulice was experiencing her first year as president of the East Meadow Council of Parent-Teacher Associations. After leading a successful PTA drive for the county’s Toys for Tots Drive, she realized the program did not benefit her community. And there were children in an East Meadow hospital that would enjoy receiving toy donations. Inspired by her son’s experience at Children’s, she started “Blankets and Books” in 2014 for the children hospitalized at Nassau University Medical Center.

The district’s PTAs and community collect blankets, books and this year also toys, which are brought to the hospital during the holidays. Prior to the coronavirus pandemic, PTA representatives were able to go into the hospital to deliver the donated items to children.

“What better way to receive comfort then to have something to snuggle up to and read a book or have your parent read one to you,” Pulice said. “When I don’t feel good I like to be on the couch with a blanket and read a good book too.”

Donna Goldstein, East Meadow Council of Parent-Teacher Associations president, said the relationship that the district has with NUMC is a special one. Continuing Blankets and Books gives PTA members a good feeling because they want to help, she said.

Like Pulice, Goldstein once had a child in the hospital during the holidays. “I know how difficult it is,” she said. “With Blankets and Books, we want to give a little gift of sunshine.”

Dr. Sehar Ejaz, the interim chair of pediatrics at NUMC, said there are roughly 40 to 50 children  currently admitted at the hospital, many of whom come from families that cannot afford to buy holiday gifts. The East Meadow PTA was very generous, she said.

“This really brings a smile to their faces,” she said. “It’s happiness.”

Kelly Jones has been the chairwoman of the Blankets and Books Committee for three years. She started collecting the blankets, books and toys in later October.

“People were very generous this year. I think they wanted to do something for the community,” she said. “They even dropped off things on my porch.”

Jones said coordinating the drive was personally rewarding. She attributes its success this year to a big push on social media, where she posted details of how to donate.

On Tuesday, children at NUMC received a holiday present in the form of coloring books, crayons, baby clothing, blankets and even handmade crocheted hats.