A morning of fundraising and pancake flipping 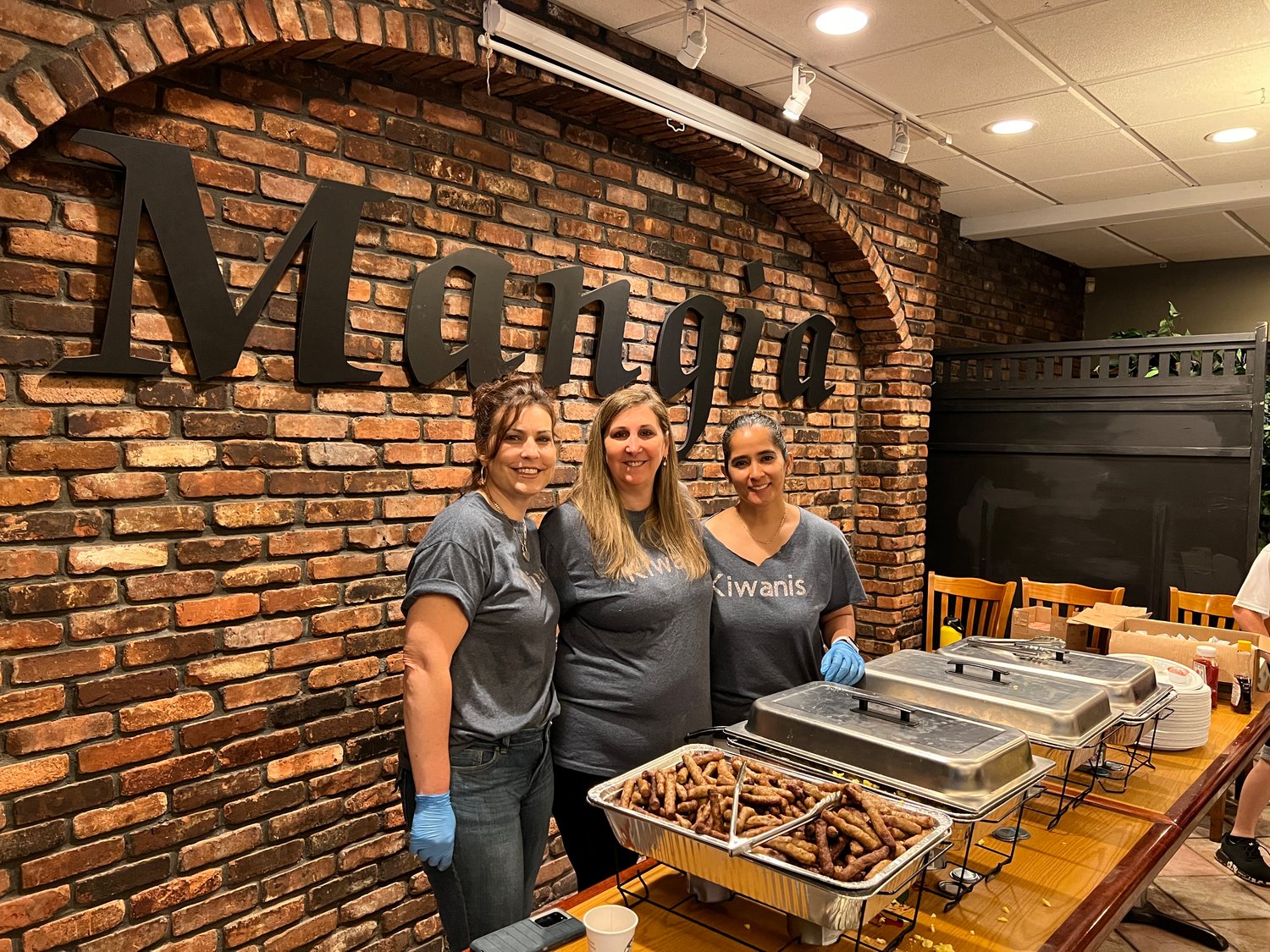 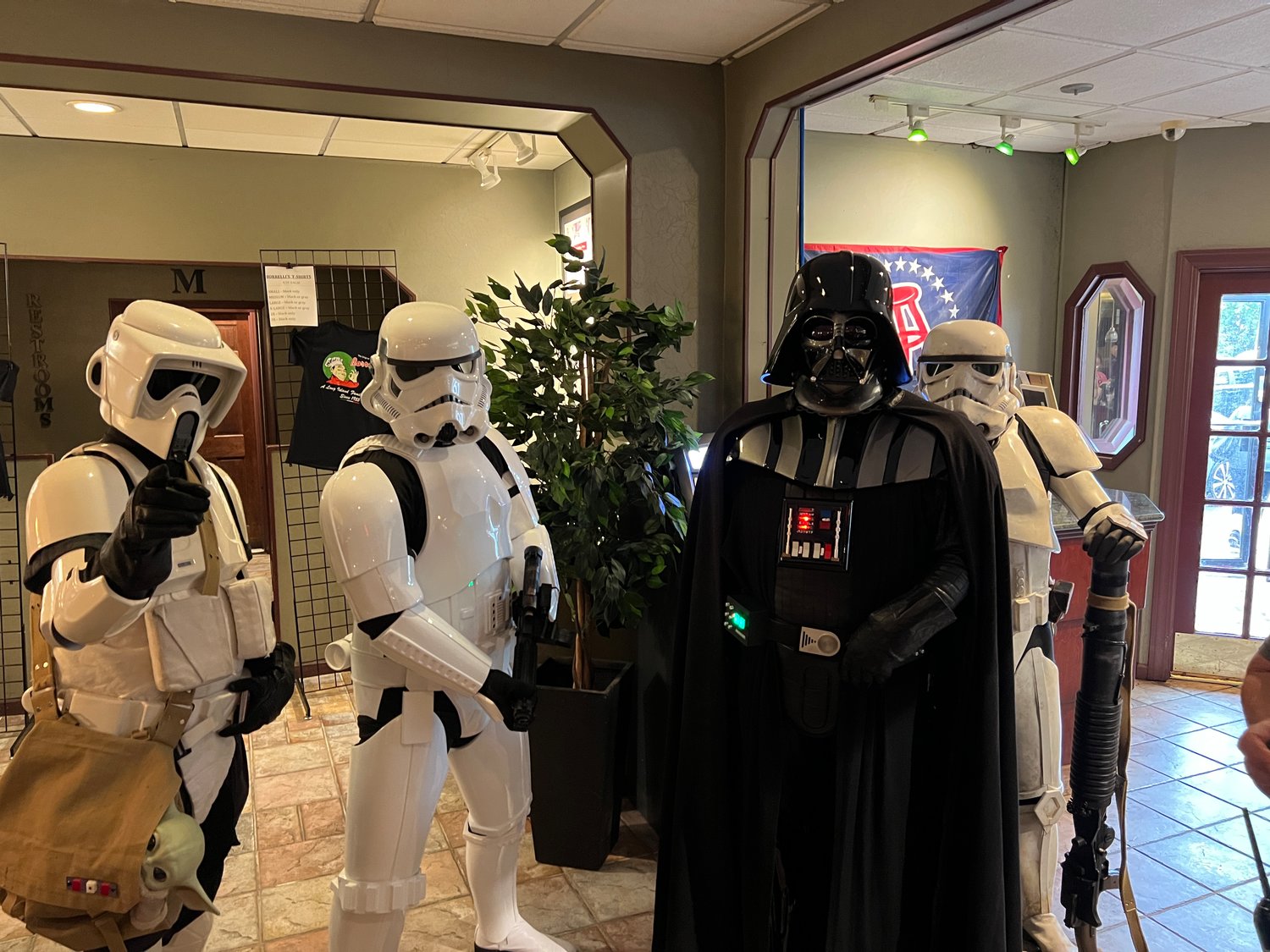 The 501st Legion, an international organization dedicated to the creation and wearing of detailed replicas of villains from the “Star Wars” universe, stopped by to have some pancakes.
Previous Next
By Mallory Wilson

The delicious smell of pancakes and maple syrup replaced the aroma of pizza sauce and mozzarella cheese in Borrelli’s Restaurant in East Meadow Sunday as the popular eatery hosted the East Meadow Kiwanis’s annual pancake breakfast fundraiser.
Hundreds of neighbors spent time eating and chatting while members of the Kiwanis Club and the Woodland Middle School Builder’s Club, an extension of Kiwanis, served them.
The breakfast has been raising funds for more than 30 years, and is the club’s second-largest fundraiser, behind only the Steven J. Eisman Memorial Golf Outing, according to Kiwanis member Gary Fromowitz.
“In the past, we’ve had it in March so it was always the day of daylight savings, and we would always remind people not to forget about the time change,” Fromowitz said. “But we’ve had it in rain, we’ve had it in snow and people still show up.”
After being a member for a few years, Fromowitz got involved with the pancake breakfast. “It’s a wonderful organization, we help so many people, especially focusing on children, and one of the ways we do this is fundraisers,” he said. “So when I was asked to take it over, I decided to do it.”


That was about 15 years ago, and he’s been helping run it ever since.
Money from the breakfast is used for Kiwanis scholarships for high school seniors and to send underprivileged children to Kamp Kiwanis, a sleep-away summer camp in Taberg, New York.
“It supports the initiatives we have for the community,” Jennifer Reinhardt, the club’s president, said. “Last year we raised thousands of dollars.”
Kiwanis Club members are great supporters of the event. “They’re here working, they’re here buying raffle tickets and eating and getting the word out,” Reinhardt said. “I’m really so grateful.”
The Builders Club kids, 16 in total, were excited to be involved in the fundraiser, said Randi Reiser, the club’s teacher leader.
“It’s so important to get them interested in being involved in the community and wanting to give back,” Reiser said. “They’re great at it and they really want to be involved and coming to events like this, is what they enjoy most.”
Reiser was involved in the Woodland Builders Club when she was growing up in East Meadow. “Getting them excited about being a part of the community, helping out, and just opening their eyes to different experiences is great when you’re starting them young,” she said. “Continuing to be a part of the club has been great.”
This is the second year the event was held at Borrelli’s. In the past, the fundraising breakfast of unlimited pancakes, sausages, eggs, and drinks was held at East Meadow High School but, because of Covid, changes were made. “It’s a pleasure to let them use the space,” Frank Borrelli, owner of Borrelli’s and Kiwanis member said. “It’s nice to give back to the community.”
In addition to breakfast, there was a 50/50 raffle, prizes, and free blood pressure screenings. This year, the 501st Legion, an international organization dedicated to the creation and wearing of detailed replicas of villains from the “Star Wars” universe, stopped by as well.
“This event is awesome,” Reinhardt said. “It’s just so nice that everybody’s able to participate and come together and share a meal. It’s fellowship, it’s fun and it’s very Kiwanis.”
Report an inappropriate comment