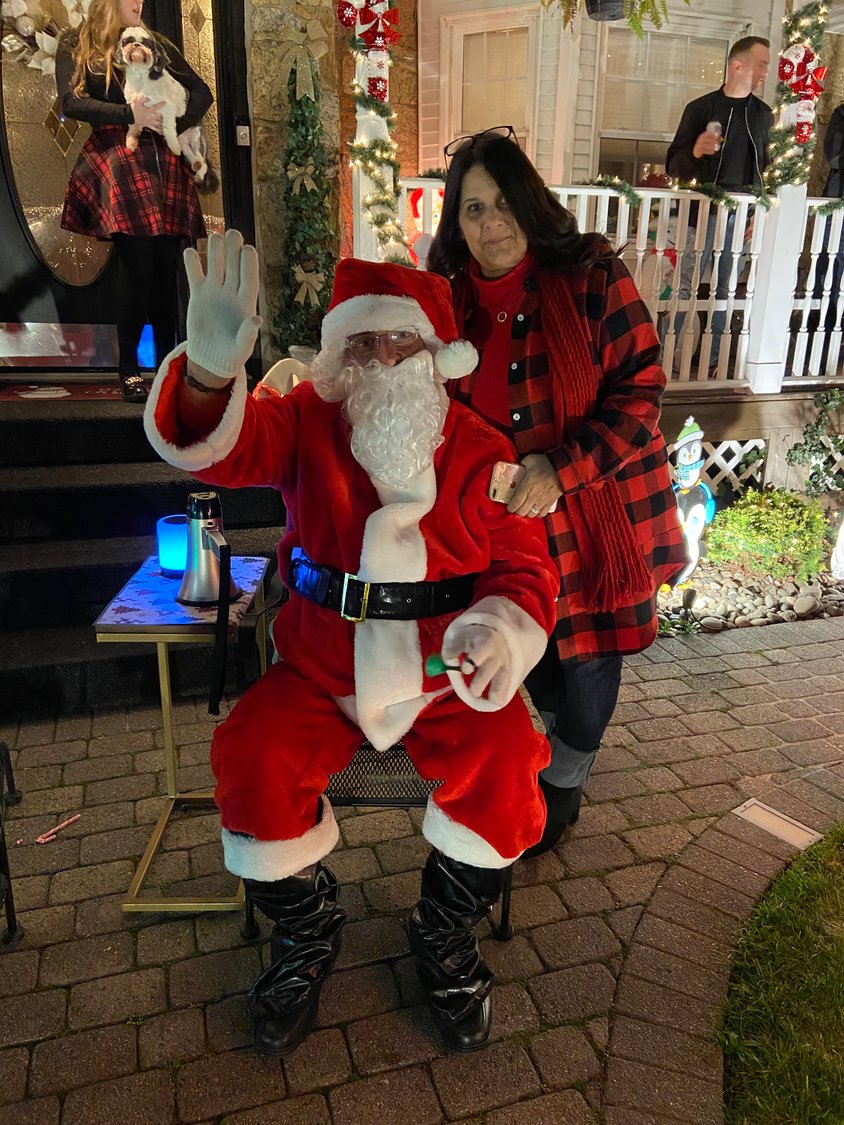 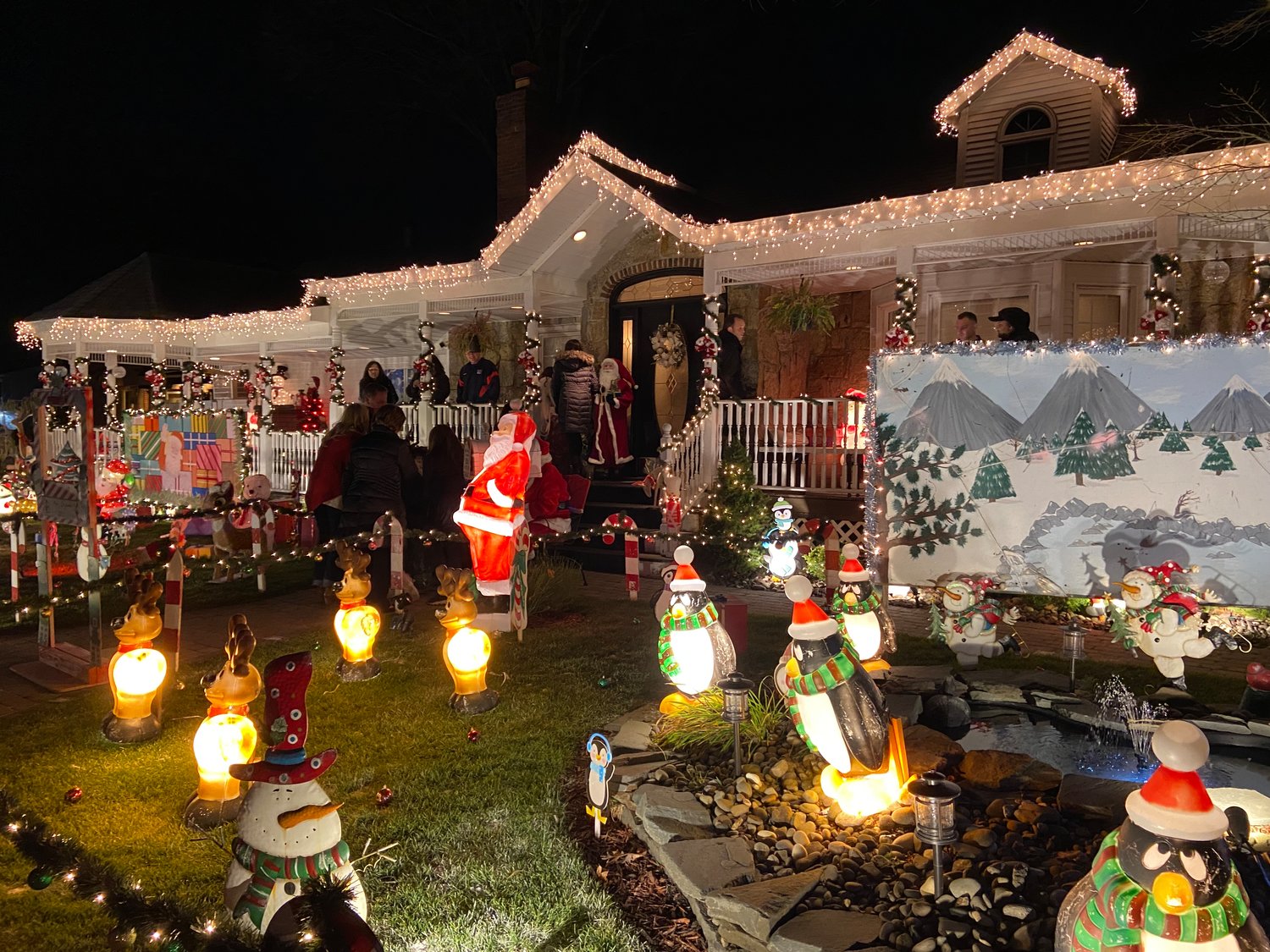 The house has hundreds of lights and decorations.
Mallory Wilson/Herald
Previous Next
Holiday houses

This is the second part

of a two-part series.

Maria and Tom LaSala have decorated their house, at 364 Star St. in East Meadow, for almost 30 years. The high school sweethearts and more than 50-year East Meadow residents love Christmas, they said, and host Christmas Eve and Christmas Day celebrations at their house every year.

“The best part of being a kid and growing up is believing in Santa Claus,” Tom said. “I love making kids believe that they could believe in Santa Claus forever.”

“I still believe in Santa Claus,” he added. “In my heart, we’re kids.”

This year, after discovering that their house was put on the “Holiday Houses on Long Island 2021” Facebook page, with 20,000 members from across the Island, the LaSalas added a giving back aspect to their holiday cheer.

After they had Santa stop by their house Dec. 17, they raised almost $500 for Cohen Children’s Medical Center in New Hyde Park.

“I saw that our house was added to the [Facebook] page, and I thought, ‘You know what? We should use that to do a good thing,” Maria said. “I never thought it would blow up like this.”

Maria said that they chose Cohen’s because of the help the hospital has given them over the years. “Cohen’s is near and dear to my heart,” she said.

More people this year than ever have come to see the decorations in front of her house because of the Facebook page posting, Maria said.

Tom has always put up the decorations, despite the couple having two adults sons, Tom Jr., now 34, and Nicholas, 30.

“My husband is a perfectionist when it comes to his Christmas lights,” Maria said. “He has to do it all out there, and he just loves it. It’s his hobby.”

There are hundreds of lights and decorations on the LaSalas’ front yard and porch, and half of them are handmade from wood by Tom himself, including trees, murals, reindeers, candy canes and gift boxes. The inside is equally as decorated, Maria said.

“My favorite thing I’ve made is the wooden fireplace on my porch,” Tom said. “It looks so real you would never know it was wood.”

It takes about two and a half to three weeks to set everything up, Tom said, and he started a couple of days before Thanksgiving.

“Honestly, we love Christmas, and we just always try to make things as festive as possible for everyone,” she said. “We love having everyone at our house, and family is very important to us.”

With big lights come big electric bills, but Tom and Maria said that they just pay them when the time comes.

The neighbors love the decorations, and look forward to seeing the house every year, the couple said. Maria said they thank them for making the block look nice, and many families stroll by to check out the display.

“My kids love coming to this block to visit grandma and grandpa and then taking a walk past this house,” Jessica Nicholson said. “It’s great to add the charity aspect, and I think it really encourages people to come and donate.” She and her two daughters, Zoey, 5, and Sierra, 2, enjoyed seeing Santa and eating some candy canes in front of the LaSala house.

After the big turnout that they received Dec. 17, Maria said that they might consider doing this every year.

“Just to see kids coming and smiling and being happy is all I want to see,” Tom said. “We can all enjoy each other and the holiday.”