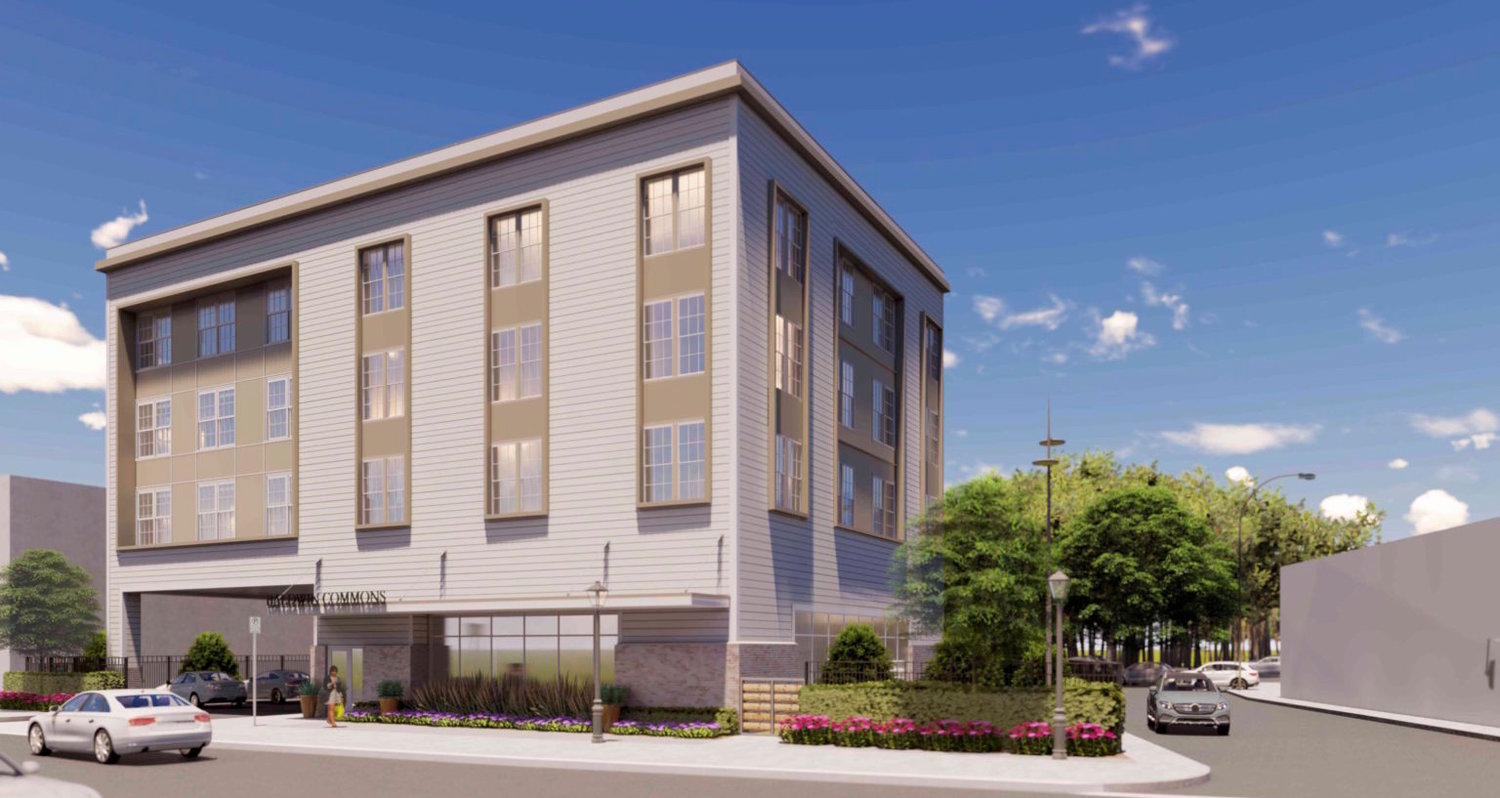 This would be the first project of its kind within…the Downtown Revitalization Area.”
Allen Handelman, developer
PGD Baldwin Commons by the numbers:

The proposed four-story, 32,504-square-foot building would offer 27 one-bedroom and six two-bedroom units for seniors and households earning up 60 percent of the median area income, which would be around $59,700 a year.

From the IDA, the developer is seeking a sales tax exemption, a mortgage recording tax exemption and a 20-year PILOT with a 10-year extension with compliance. Although PILOTs are usually set at 20 years, the developer is asking for a 30-year agreement because of federal rent requirements. Park Grove would be unable to raise rents, the developer said, because the Low-Income Housing Tax Credit would cap them.

Dan Deegan, the developer’s attorney from Forchelli, Deegan, Terrana, LLP, told the IDA board, “We are really talking about working people that live here, and it would be a jumpstart to the revitalization of the downtown.”

The $16 million project would be funded with conventional financing, a state tax credit and grants, including $850,000 from the $10 million Downtown Revitalization grant that was distributed by the state in May.

Partnering with the Community Development Corporation of Long Island, a regional non-profit that addresses “the growing demand for affordable housing,” Park Grove estimates construction would total $10 million, including the hiring of 75 temporary, local workers.

The development would support area retailers, officials said, as it would be located less than a half-mile from Baldwin’s Long Island Rail Road station and would be served by north-south and east-west bus routes.

PGD Baldwin Commons would lie within the Grand Avenue Urban Renewal Area, on the block west of Grand Avenue and north of Merrick Road. Originally established as the Urban Renewal Plan in 2008, it was revised in 2014 to call for the “redevelopment of deteriorated and underutilized properties…with a mix of uses, including commercial, retail and residential units,” according to a Long Island Regional Economic Development Council 2020 report.

“This would be the first project of its kind within the Baldwin Urban Renewal Area and the Downtown Revitalization Area,” said Allen Handelman, vice President of Conifer Realty LLC, the developer previously heading the project. Two developers had previously tried to do work in the area, to no avail.

A dilapidated vacant diner and auto storage yard are now located on the project site. Both would have to be demolished. The new structure’s ground floor would include fitness, laundry and community rooms.

The Baldwin Civic Association also supports the project. President Darien Ward told the Herald, “The tenants are ideal to live in the number of apartments, increasing opportunities for the residents to engage and support the various retail ... and contribute to the development of an active downtown community.“

Now that the preliminary resolution has been approved, a public meeting must be scheduled and a second review of the economic package undertaken before the town IDA can vote on final resolution authorizing the project to move forward.

Former Businessperson of the Year retires