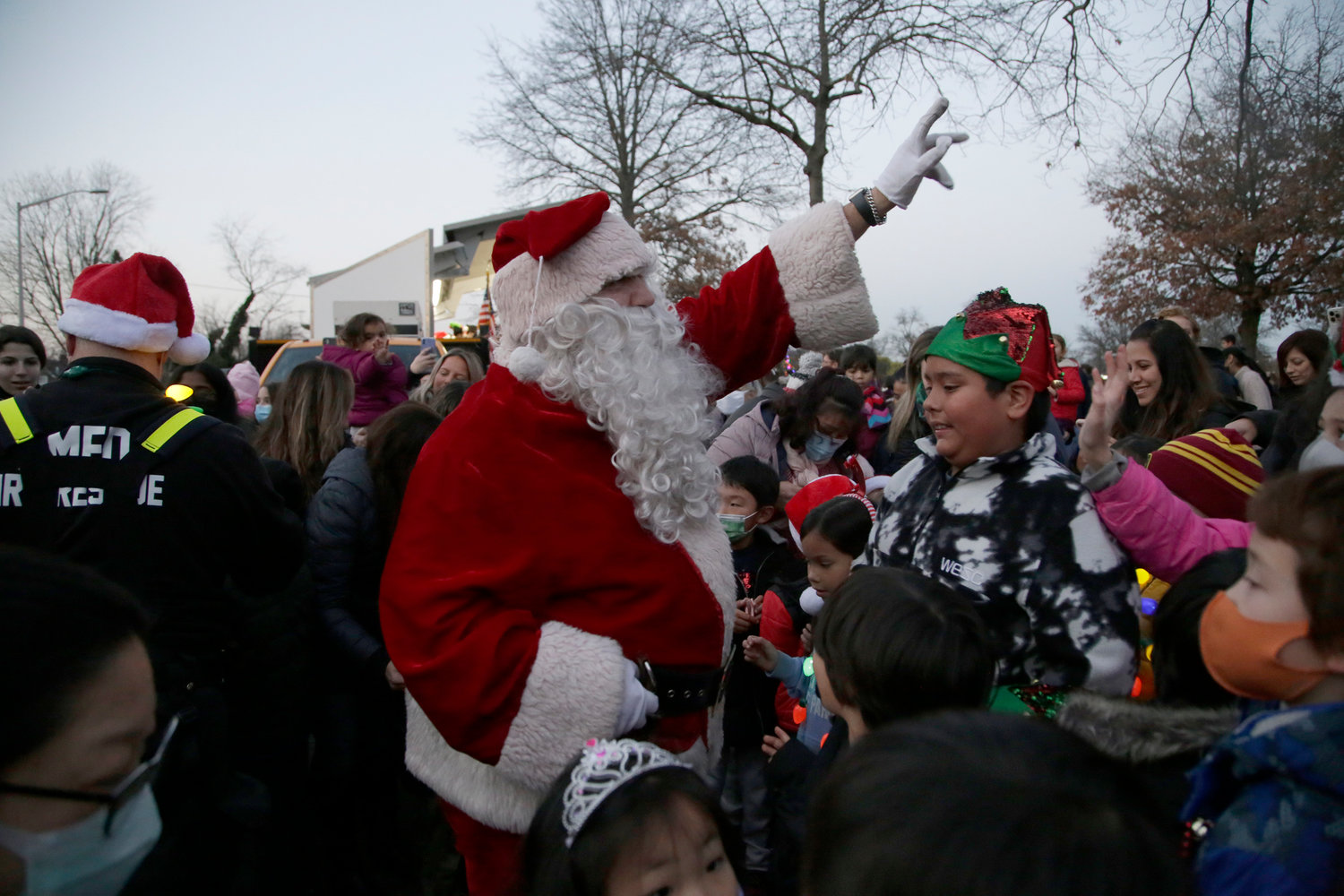 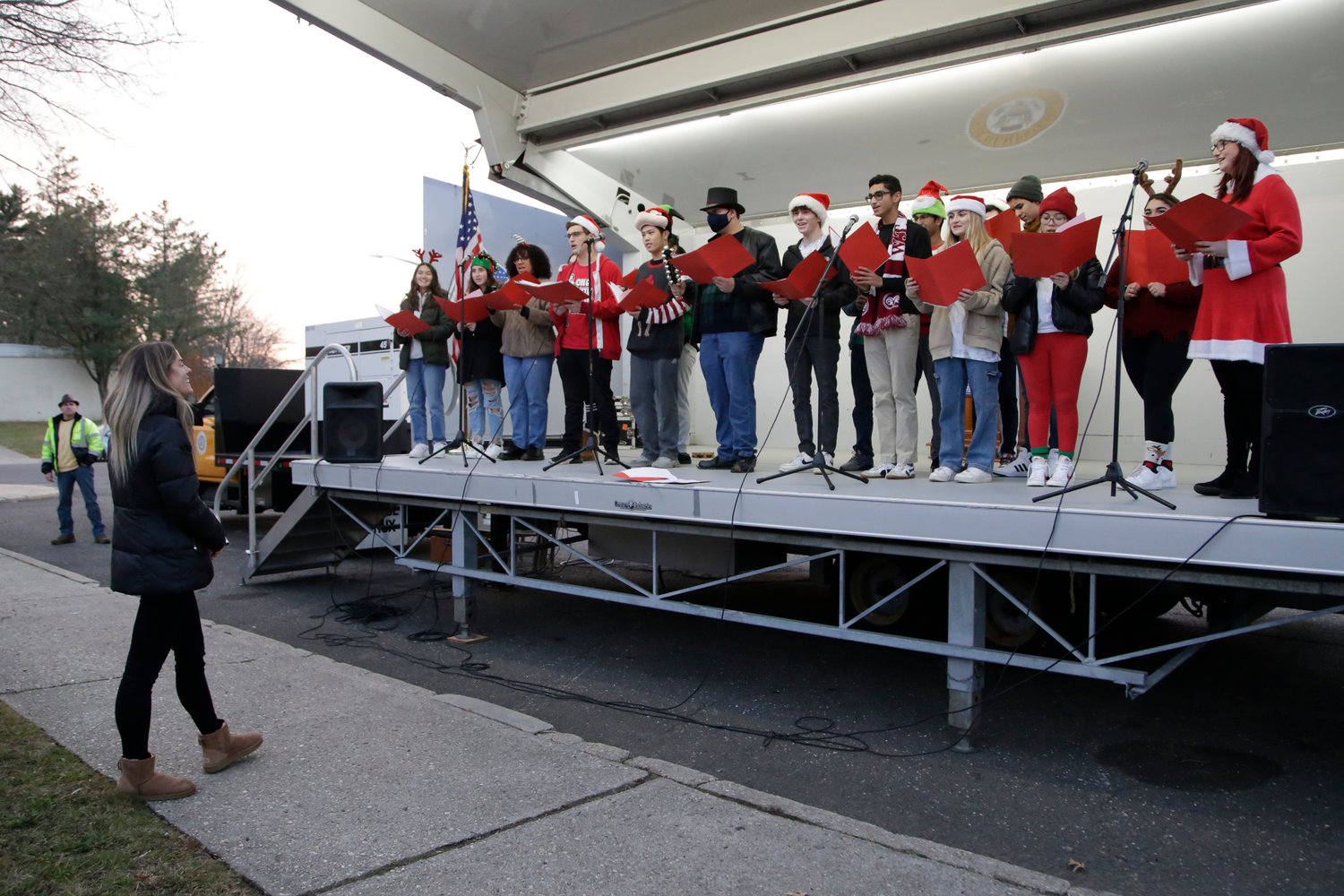 Kelly Greff is a lifelong Salisbury resident, but until recently, she had never attended the neighborhood Christmas tree lighting on Carman Avenue, held this year on Dec. 10. Her son, Danny, 14, insisted they go because he wanted to watch the Clarke select chorale perform. He’s in chorus at Clarke High School and hopes to become a member of the audition-only chorale, she said.

Her other children, Riley and Casey, 12 and 8, wanted to go as well, Kelly said, so that sealed the deal. Her fiancé, Craig Sanchez, came along too, bringing his 3-year-old, Eva, who sat on her father’s shoulders, smiling broadly.

“We didn’t realize how big an event this is until we couldn’t find a place to park,” Greff said. “Fortunately, it’s warmer tonight than the last few days.”

This year, there were more people at the tree lighting on Carman Avenue than in years past, said Helen Meittinis, president of the Community Association of Stewart Avenue, which sponsors the event. Last year it was canceled because of the coronavirus pandemic, as well as the year before, when just minutes before it was to begin, rain poured down. Perhaps that was why so many people came this year, Meittinis said, or maybe they just wanted to get out and celebrate the holidays together after nearly two years of isolation because of Covid-19.

The atmosphere was jubilant. Groups of children held hands and ran around the 35-year-old blue spruce tree, with some ducking inside it, while their parents took photos. The children giggled, only pausing to jump up and down, finding it difficult to contain their excitement.

Located in a lot at the end of a strip mall, the tree is beginning to show its age. But on Friday, it became a Christmas tree, and was the center of attention even before the strands of lights were turned on. Given a face-lift of sorts, the tree’s bottom portion was adorned with paper snowflakes, ornaments and colorful paper chains with messages of thanks to first responders. It was the creative work of Brownies and Boy and Girl Scouts from McVey Elementary School, Meittinis said.

Nearby, an even larger crowd gathered to enjoy the Christmas carols performed by the chorale.

After the chorale’s last number, Meittinis returned to the stage to lead the countdown to light the tree. People pointed their cameras upward in anticipation of the big moment, while others clapped. The blue spruce became an official Christmas tree.

Then everyone turned their attention to an East Meadow firetruck that was blaring its horn as it hurried down Carman Avenue and into the parking lot. The children knew what that meant. Running as fast as they could, they waited impatiently for Santa to exit the firetruck.

“Be good! Santa is always watching! Merry Christmas!” Old St. Nick bellowed, while handing out candy canes to the children.