Team of churches blesses the community the Hope Day way 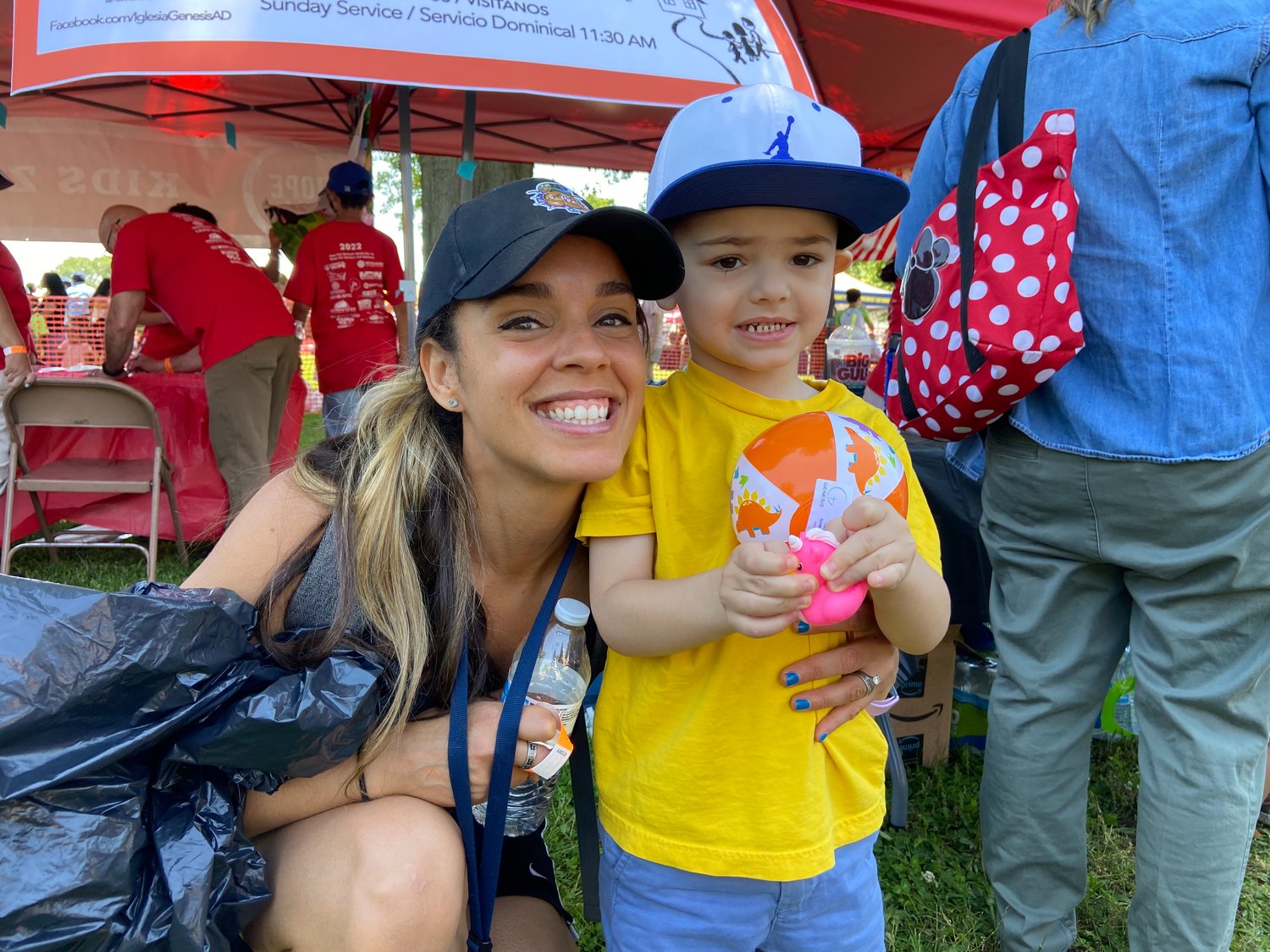 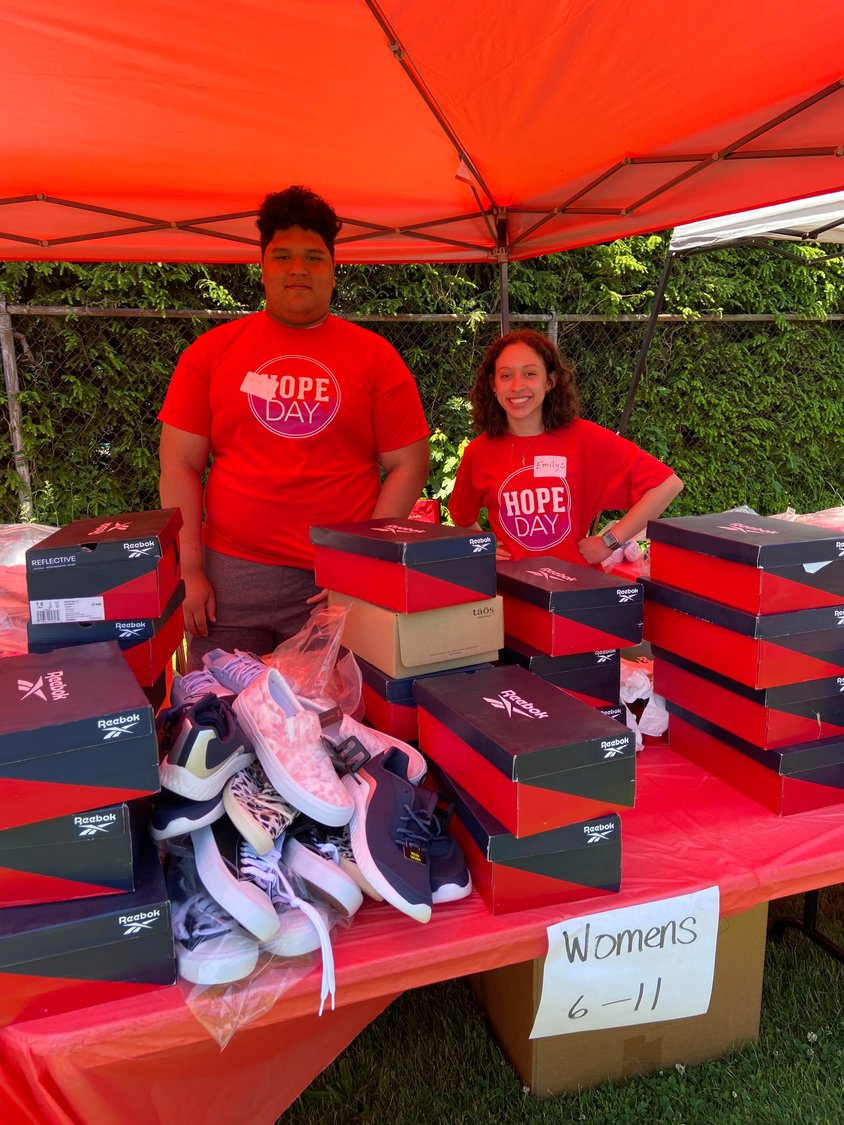 The sun was shining brightly last Saturday as neighbors lined up early for the start of New Hope Church’s annual Hope Day. The event, held on the field adjacent to Bowling Green Elementary School, provided a day of fun and items of need to the community.

The event was a collaboration among four churches: New Hope Church and Iglesias Genesis, in Westbury, Edge City Church, in Mineola and Shelter Rock Church, in Old Westbury. All four come together to donate items. What makes it all better is that it is completely free.

“It’s a great opportunity to help out,” the Rev. Dan Olsen, of New Hope Church, said. “The churches in this area care about the community, we care about its people, and this is a nice way to show it.”

The idea originally sprouted in 2012, after a Valley Stream pastor named Steven Milazzo, of Bethlehem Assembly of God, joined the nonprofit humanitarian and disaster-relief organization Convoy of Hope for an event just like Hope Day, which provided food to Nassau County’s needy. It has since spread to the rest of the county and the entire tristate area. New Hope Church started its Hope Day in 2015.

Years ago, it took place at the Mitchel Field Athletic Complex in Uniondale and everyone who wanted to take part had to go there. Last weekend there were 33 sites on Long Island and in New York City.

The event had a plethora of tents and activities for attendees to look through and participate in. There were tents with hundreds of new clothes from the store Aeropostale, new shoes up to size 14 from Reebok, bags of groceries, free lunch sponsored by East Meadow Kiwanis and a live band.

“We’re just here to bless our community and let them know that we care about them and their needs,” said Karen Muntzenberger, a volunteer from New Hope Church. “It’s just nice partnering with other churches and community services, working together to serve the church.”

Muntzenberger, from New Hyde Park, said that she volunteers because, for her, serving God in a tangible way that meets the needs of other people is important. “I just love that we don’t charge for anything, it’s all given and donated,” she said. “It’s kind of an odd thing in this day and age. Everybody thinks there’s a catch and that’s the beauty of this. There’s no catch. It’s just meant to say we care about you in our community.”

For the last two years, Olsen said, Hope Day had to be a drive-through because of Covid. “The drive-through was efficient but this feels so much better.”

More than a thousand people stopped by to enjoy Hope Day and Pastor Fin Varughese from Edge City Church said that he was not surprised at the turnout. “I know what Hope Day is all about and I know that there is a need,” he said. “I knew that people were going to come out and have a good time.”

Edge City is a relatively new church, Varughese said. They’ve only been around for three years so this was their first year participating in Hope Day. “We really wanted to be involved in the community,” he said. “There can be so much divisiveness and this event has us all come together to look at the bigger picture and it’s great.

“God’s been so generous to us,” Olsen said. “And we just want to share that.”