Work for Donald Trump, wind up in handcuffs 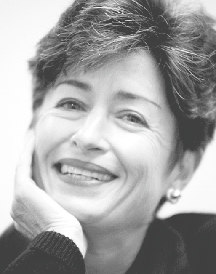 Is that the scent of autumn apples in the air? No, I believe that’s the smell of subpoenas, dozens of subpoenas served in recent weeks to Trump employees, former employees, White House staff and basically anyone and everyone whose behavior, emails, texts and experiences might help illuminate the dark corners of the former Trump administration.
Who lurks in those dark corners? According to early reports, there are big-time grifters like Steve Bannon, now indicted for fraud, money laundering, conspiracy and scheming in connection with raising money for We Build the Wall Inc., the former guy’s plan to keep out Mexican immigrants.
Bannon, long associated with Trump, ran a media empire, and now he’s in handcuffs, awaiting trial. Even a degree from the Harvard Business School didn’t make Bannon smart enough to steer clear of Trump.
The Trump curse goes way back. During his tenure, I wrote, “If the White House calls, just hang up. Put down your phone, run out of your house, change your number and move to a remote town where you can live off the grid for the rest of your life.”
Sadly the words were prophetic. Many people would be better off today if they had never been drawn into Trump’s orbit.


Ronnie Jackson, the presidential physician from central casting, might have continued to serve presidents for decades, enjoying the perks and power that access to the White House confers. But Trump decided to promote him to secretary of the Veterans Administration. Unvetted, inexperienced and apparently fatally flawed, Jackson rapidly crashed and burned as a prospective secretary.
Rob Porter, Hollywood handsome and popular among his colleagues, was enjoying his high-profile job as the president’s top aide. Porter was a rising star until the Trump spotlight revealed his dark side. Two of his wives went public with accusations of mental and physical abuse. There were photos. Porter took the exit.
Tom Price — do you even remember him? He was the secretary of Health and Human Services for seven months. He might have continued his career elsewhere without incident, but in the Trump administration, he took 25 private flights in a few months, spent like he was queen for a day and resigned amid charges of indiscriminately using taxpayer dollars for his personal benefit. Gone.
I imagine Paul Manafort has mixed feelings, at best, regarding his association with Trump Inc. Manafort, charged by the feds with various financial crimes, might have continued living the high life, consorting with oligarchs and lining his pockets, if not for Trump’s ascendancy to the presidency. Under the scrutiny that accompanies high office, Manafort proved to be a liability to Trump, and vice versa. He served time in jail and, in 2020, was pardoned by Trump.
Michael Cohen, the former guy’s longtime personal lawyer, was known for his fierce loyalty to Trump. For decades he basked in the celebrity surrounding his boss, and ran interference for him. Maybe some people didn’t like his style, but his boss did, and that’s what counted.
That was then. Now Cohen is rehabilitating his reputation after serving jail time and losing his law license.
Among the other movers and shakers who got in serious legal trouble are Allen Weisselberg, the Trump Organization’s CFO, Mike Flynn, Rick Gates, Ken Kurson, Roger Stone, George Papadopoulos, Corey Lewandowski, Elliot Broidy, Imaad Zuberi, Rep. Chris Collins, and so on.
Space limitations prevent me from listing all the miscreants associated with Trump. Some went to jail, some got pardoned by Trump, and some never got over the trauma of the Trump White House years. I do wonder if the individuals were corrupt, and therefore drawn to the Trump enterprises. Were they rotten apples, or was the barrel corrupt?
What stands out is the number of people who bent and broke the law in the service of Trump, his businesses and his administration.
Who came out unscathed? Richer? Rewarded by a job well done? Only Trump has so far avoided accountability for his alleged misdeeds. He’s still rich, he plays golf, he eats well and he is free. He enjoys all the perks of being a former president. Many of the people who served him are still digging their way out of legal troubles.
As the Department of Justice lets loose its flight of subpoenas, we will see if the Trump curse finally comes home to roost.