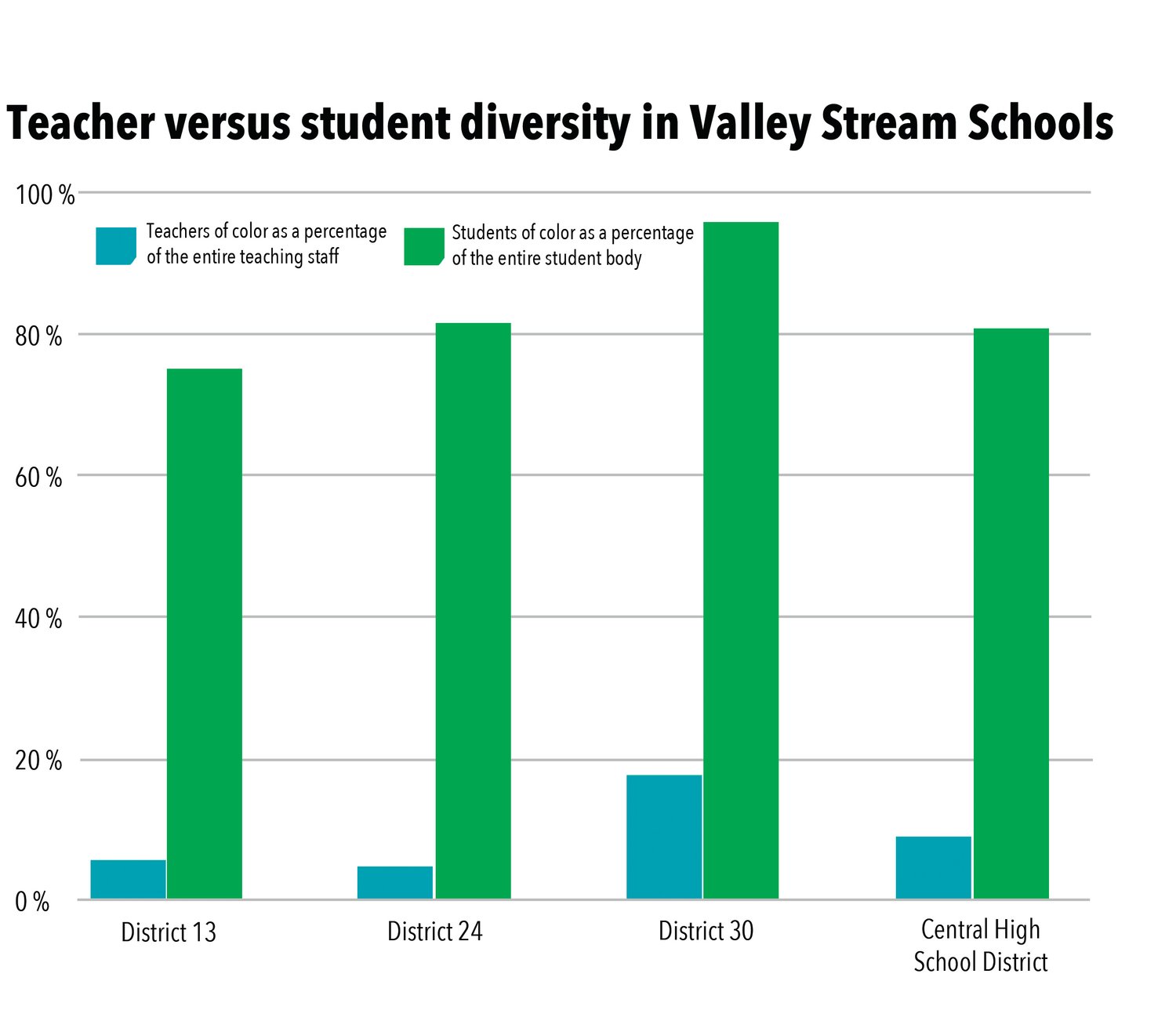 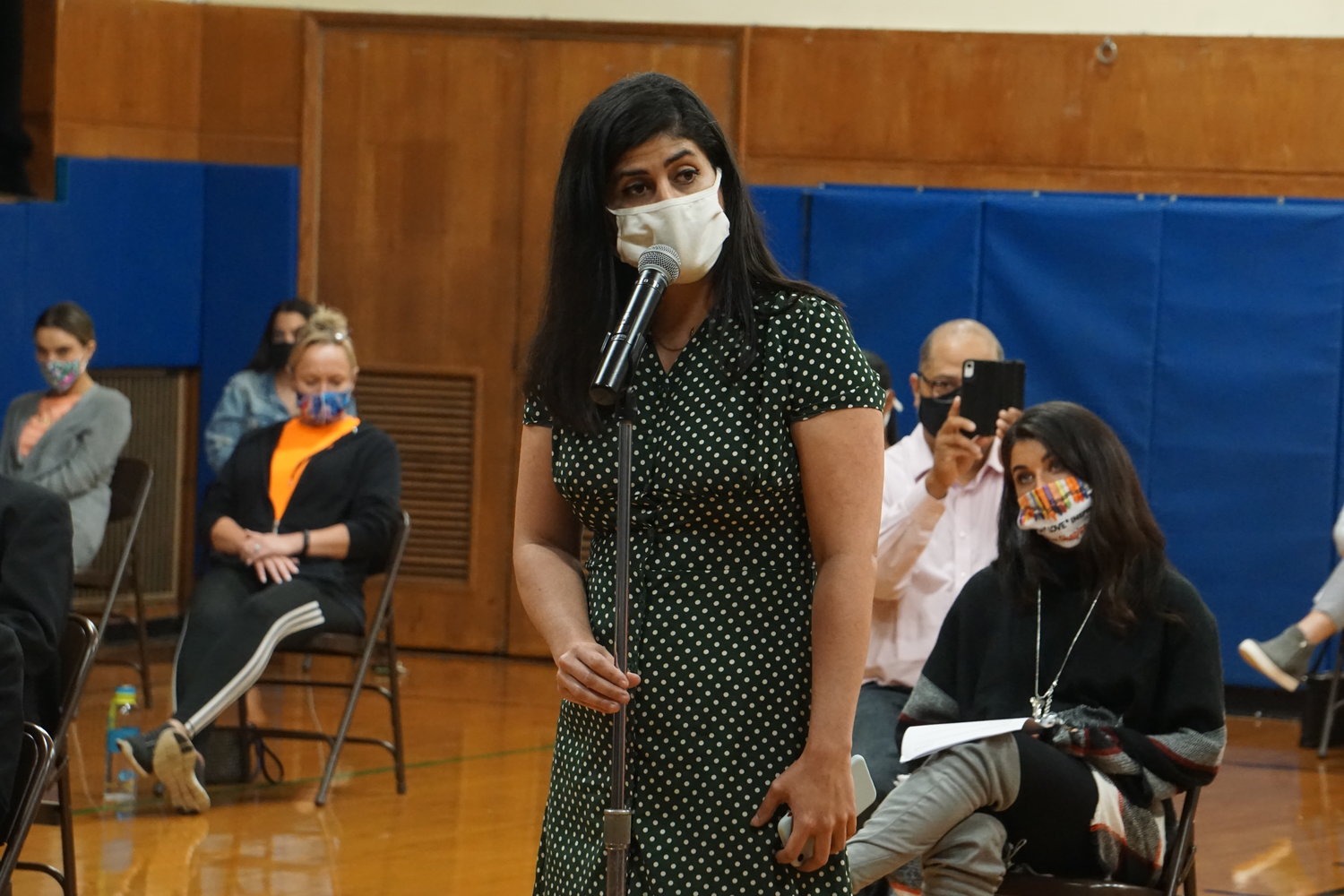 Cristina Arroyo led calls for increased diversity hiring in District 24 last month. She said she was pleased with the newly announced initiatives, but asked for progress updates.
Nicole Alcindor/Herald
By Nicole Alcindor

District 24 school officials announced new hiring initiatives on Nov. 18 after a recent outcry by parents and residents over a lack of teacher diversity in a district.

“These are all new initiatives, things that we have not participated in before, things we have not done before that will hopefully move us forward” in diversifying the teaching staff, Sturz said.

The move came after an outcry at the previous month’s Board of Education meeting during which roughly two dozen residents and parents asked district officials to take greater steps to address staff diversity in an elementary school district where the student body is made up predominantly of children of color, while the teachers are overwhelmingly white.

Cristina Arroyo, the District 24 parent who led the calls, said she was pleased to see the administration take concrete steps in the area of diversity, equity and inclusion, but asked the district to continue to provide updates on the steps it is taking.

“All of their diversity hiring initiatives sound great, but they’re performative so far,” she said. “Good faith in their leadership is no longer a currency the administration or the board can cash with the community. So, as teachers always say, ‘Show your work.’”

Arroyo is also the founder and head of the local advocacy non-profit, The Valley Stream Justice Project.

District 24 is not the only district on Long Island grappling with a lack of teacher diversity relative to its student body. According to a 2019 study authored by Hofstra University sociology professor William Mangino and Hofstra Executive Dean of Suburban Studies Lawrence Levy, districts across the Island have failed to hire teachers of color amid major demographic shifts in recent years.

Their analysis found that Island-wide, white teachers outnumber Hispanic students 75 to 1, Asian students 67 to 1 and Black students 48 to 1. This is compared to Long Island’s student population, which as of 2017 was nearly 45 percent non-white.

According to district and New York State Education Department figures, 86 percent of District 24 students are children of color, and 95 percent of its teachers are white.

The Hofstra study identified possible reasons for the disparity in hiring, which included practices that favored the hiring of teachers within the staff and administrators’ personal networks, and the lack of an effective pipeline to recruit and retain teachers of color.

It was in this area where Sturz appeared to be focusing the district’s new efforts, through increased outreach to have student-teachers of color perform classroom observations, student teaching and substitute teaching at District 24 schools.

“That’s often the pipeline through which we get to know the individuals who are eventually hired as teachers,” he said. “And so we’re trying to extend that to them and establish this ongoing relationship in an attempt to expand diversity amongst the staff.”

Board Trustee Donna LaRocco also a provided an overview from a New York State School Boards Association DEI workshop that she and Sturz recently attended. Among the takeaways she outlined were establishing plans to address diversity, interrogating long-held assumptions, gathering input from a variety of backgrounds and addressing gaps in the hiring process, among many others. She noted that following through would require partnerships throughout the community and could take time.

Sturz echoed the latter sentiment and asked for patience.

“I think it’s important for us all to get to this place where we put the divisiveness aside. I don’t think that serves us well,” he said. “… This is something we really need to pull together on, focus on the positive, focus on moving forward and continue to have this district be the great district that it is.”

Correction: An earlier version of this article misattributed paraphrased information from a District 24 school board member. Trustee Donna LaRocco attended a NYSSBA DEI workshop, not board President Kimberly Wheeler. We regret the error.