A new oasis in the area day-care 'desert' 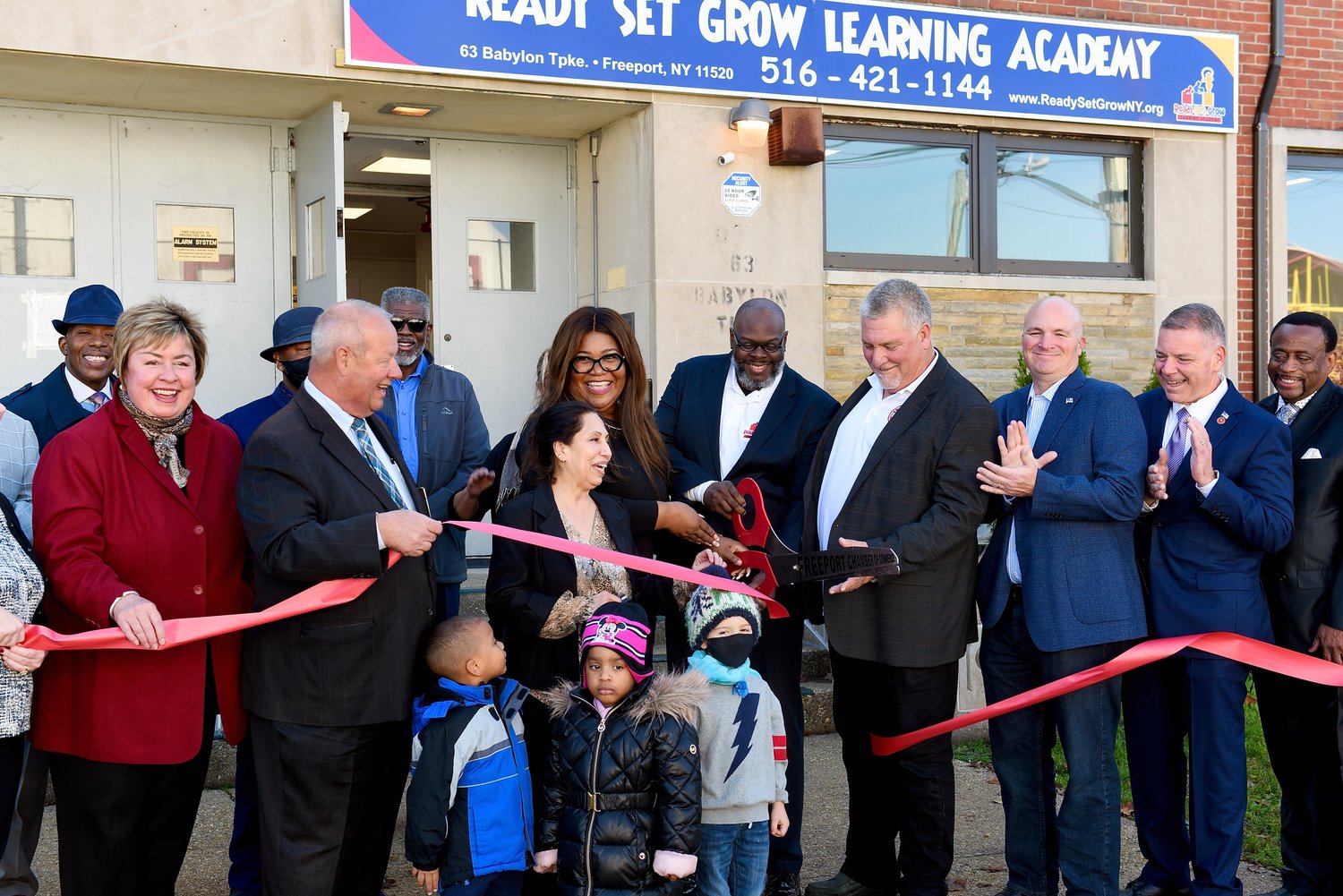 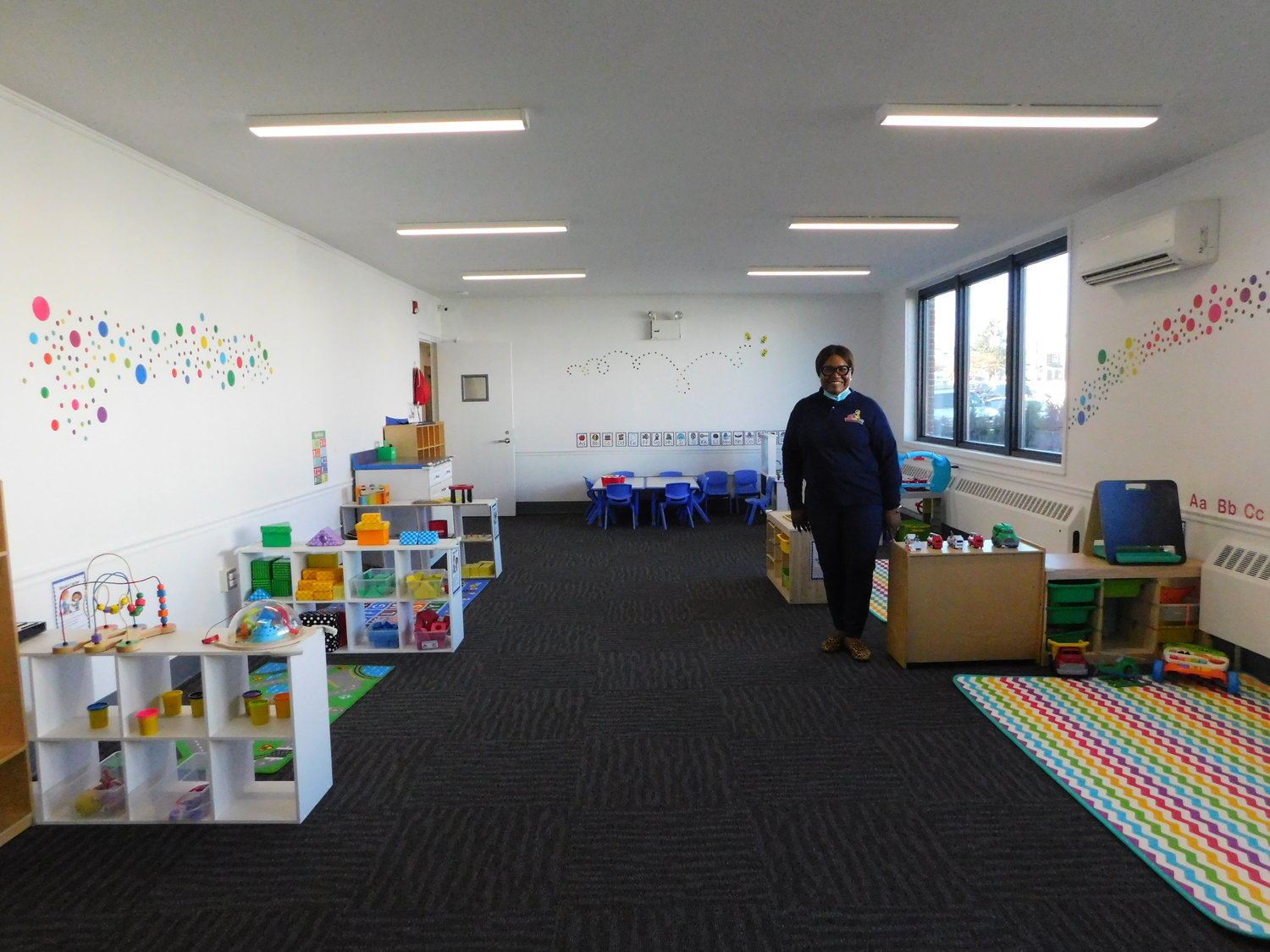 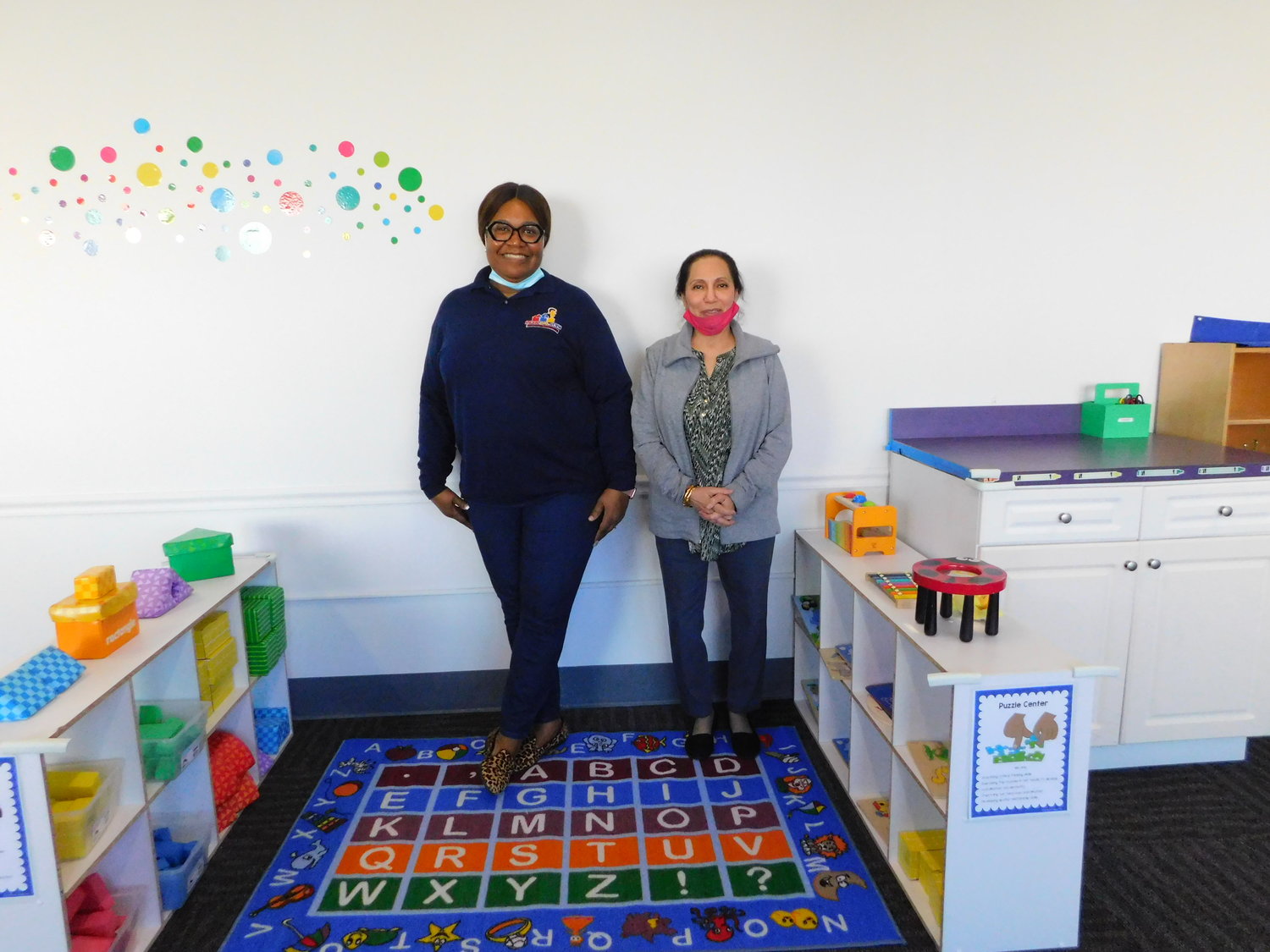 The Nov. 18 grand opening of Ready Set Grow Learning Academy signified the start of a new life for the 60-year-old Freeport Armory, an expansion of Freeport’s business scenario, and a welcome addition to the local options for day care.

Speaking at the ceremony, Mayor Robert Kennedy articulated the impact of the occasion. “When deciding the future use of the armory,” Kennedy said, “Freeport residents objected to the use of the armory for the DPW. And this administration listened, and agreed, and redirected the design and plans for this building. Today we now have a day-care center for the Village of Freeport residents. We also have a proposed sporting complex run by Rising Stars, and we’re also entertaining proposals for a training and technical school here that would teach plumbing, carpentry, electrical HVAC, and auto mechanics.”

Qualified day care is an increasing need everywhere. Since the reopening, said co-owner Chelisa Harris, “People have called from as far as Valley Stream and Plainview because there are day-care deserts in our area. ... During the pandemic, a lot of centers closed, and they didn’t open up again. So we’re taking all callers, [and] we’re taking them online.”

Harris and her co-owner, husband Daryl Harris, are fulfilling a vision they conceived several years ago. “We actually wanted to begin the day care over in our church in Queens,” said Daryl. “We ran into structural complications, so we’ve been looking for the right opportunity.”

“And when the opportunity opened up for the repurposing of the Freeport armory,” said Chelisa, “when the space was made available for a tenant, we took the opportunity, and we are here today.”

Chelisa and Daryl Harris bring a wealth of skills and experiences to their new enterprise. Daryl has pastored the Greater Mount Calvary Church of God in Christ in St. Alban’s since 2017, and also has a lengthy business resume.

“I was an IT manager for Burberry,” Daryl said. “I have been in IT for about 20 years. Prior to my IT career, I was in finance and I worked for JP Morgan Chase. Chelisa and I have transitioned from the Burberry job to day care.”

Chelisa has worked in several day-care enterprises, but she said, “What led me to this venture was a passion for the children to get quality growth and education from an early start.”

“The day care, at the fundamental, foundational level,” said Daryl, “should be of great importance in a child’s life. … [Day care] is being addressed now from the national perspective.”

He was referring to the recent approval of the Build Back Better bill in the U.S. Congress, which includes $400 billion to help fund quality day care.

“Funds are flowing into these kinds of initiatives that speak to the essential nature of what our children need as a foundation,” Daryl said.

Once the Harrises had obtained their IRS ID number, they began hiring staff.

“We have a director that’s been in the industry for over 22 years, Ms. Naheed Khan,” Chelisa said. “She has worked throughout the industry, starting as a teacher and moving up to director.”

“Ms. Khan has had experience opening daycares from the ground up,” added Daryl, “taking an organization from a small enrollment to over 120 students or larger.”

The Harrises and Naheed Khan have plenty of space to work with. Ready Set Grow Learning Academy has space on two floors of the armory, with four fully finished rooms measuring roughly 30 feet by 15 feet on the ground floor, a somewhat smaller ground-floor room that is being prepared for infant care and seven good-sized rooms upstairs.

“We are opening with 15 students,” Chelisa said. “We are allowed 45 children on each floor, so we have a capacity of 90 children.”

A focus on academics

Class structure is designed according to state specifications for teacher-to-student ratio.

“Staffing is one teacher per five students,” Chelisa said. “We have 2 ½ to 3-year-olds so far. And we do have a couple of after-schoolers, a 9-year-old and a 5-year-old. We also have one family of a 3-year-old during the day, and her sister comes in after school. We have a sibling discount.”

Even for the youngest children, curriculum is of primary concern to the Harrises.

“As they journey into kindergarten,” Chelisa said, “we’ll be teaching what’s called the STREAM system, which stands for science, technology, reading, engineering, arts and math.”

”In the day-care industry, there are several different types of strategic approaches to preparing a curriculum,” Daryl said, “and the one that we are investing in, to help us build a five-star program, was Teaching Strategies.”

The well-known program will be adapted by the Harrises and their director, Darryl said, “so we become a niche organization that has the capacity to address concerns from a broad perspective, as well as narrowly fine-tuning it to the individual needs of specific students.”

Incorporating more than one language into the curriculum is also part of the vision.

“There is a heavy population of Hispanic children in this area,” Daryl said. “It would be negligent of us not to address that, so we’re looking at a program that includes Spanish, and we’d like to teach other languages as well.”

The phrase “ready, set, grow” appears in many child-centered business titles, but the Harrises added a distinguishing phrase to their title.

“We call it Ready Set Grow Learning Academy,” said Daryl, “to signal the public that we are not just a babysitting operation, but we want to be of interest from the academic perspective as well.”

Accommodating older children is also part of the plan. “We will assist students with their homework, and we have different things for them to participate in,” said Chelisa. “We have our game area, we have our arts and crafts, we have a reading area, and we have a technology area that they can spend time in as well.”

The academy is open 12 hours per day, starting at 6:30 a.m. The website is ReadySetGrowNY.org.