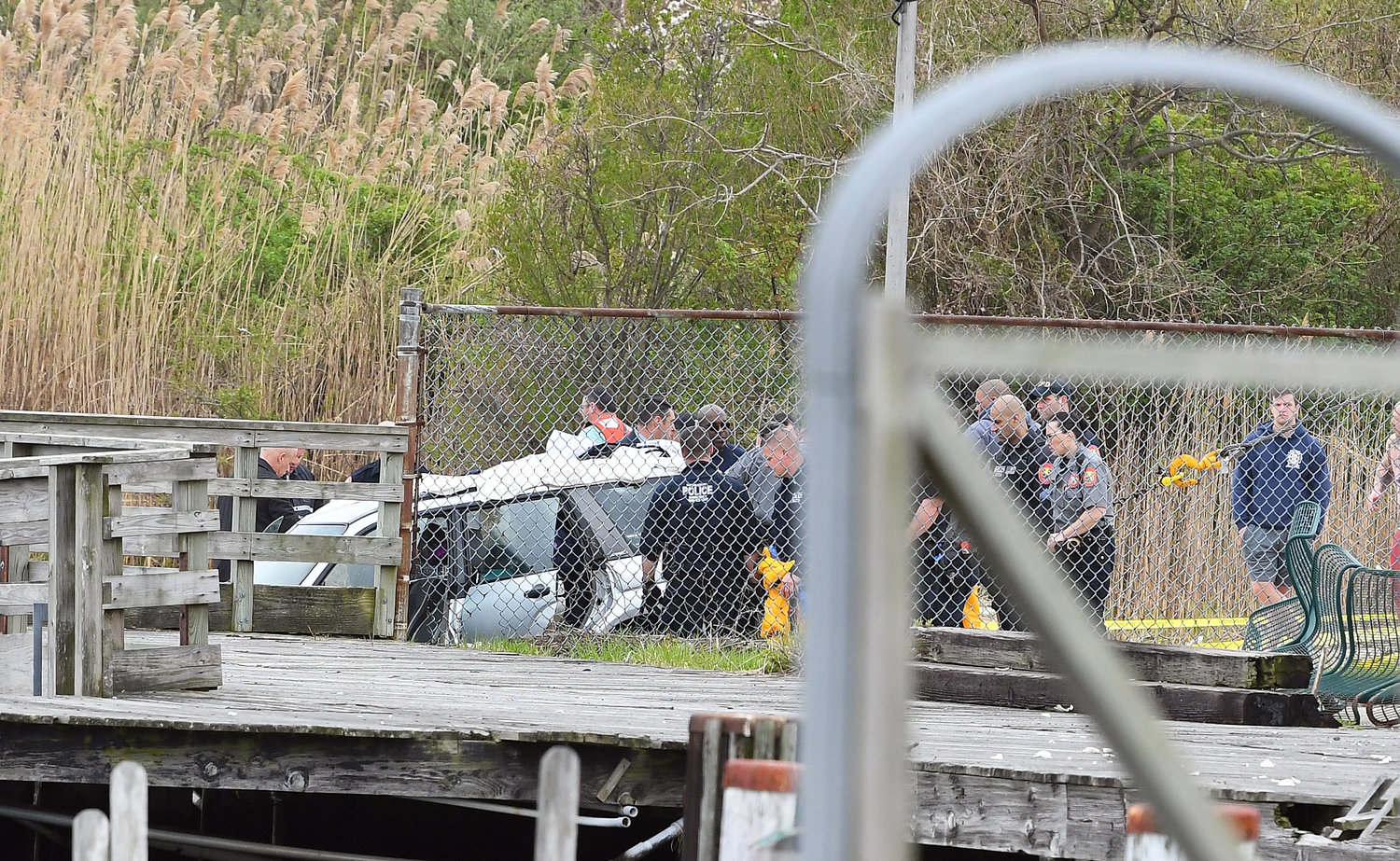 Rescuers hauled out the car that drove into the water off Cow Meadow Park after scuba divers discovered it.
Neil Miller/Herald 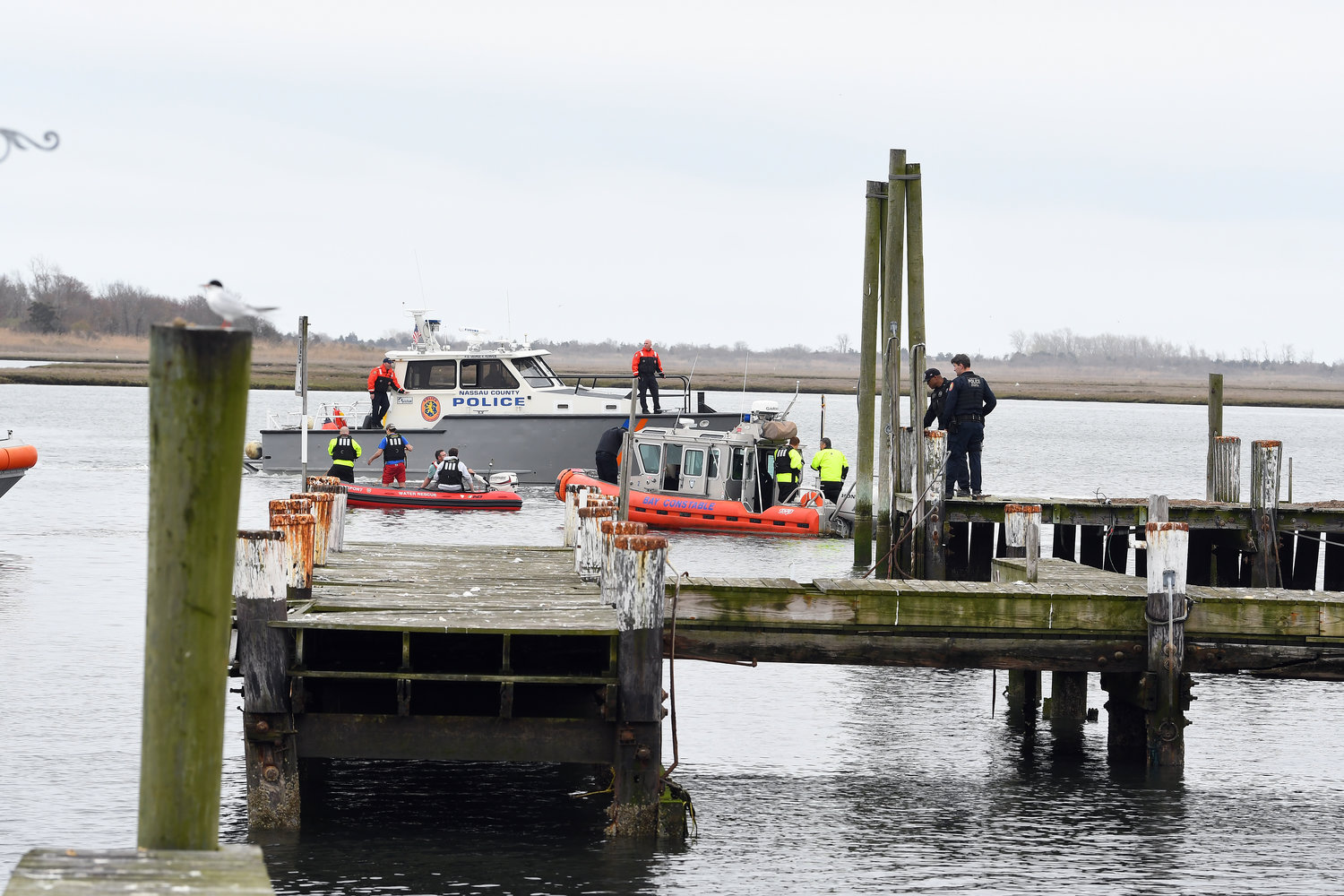 Multiple agencies responded to the call to rescue a driver whose car carried him into the water at the east shore of Cow Meadow Park.
Neil Miller/Herald
Previous Next
By Reine Bethany

A car containing a single occupant drove off the beach beside the old marina at Cow Meadow Park on Monday afternoon, directly into the water, and sank 50 to 80 feet offshore. A multi-agency recovery effort finally resulted in the recovery of the car, too late to save its driver.

The Freeport Police Department received a call at 1:31 p.m. from two joggers in the park.

“They noticed a vehicle was doing some donuts on the grass and then went directly through the beach and into the water,” explained Mayor Robert Kennedy. “They saw the car starting to drift away, floating because it was almost airtight. It must have gone out about 50 feet and drifted north because the tide was coming in at the time.

Kennedy estimated, “There must have been 100 first responders there literally risking their own lives to locate this vehicle.”

The drift of the tide sent the car into deeper water, perhaps 20 feet, Kennedy said. He had rushed down to the scene and witnessed the rescue efforts.

“I noticed numerous Village of Freeport firefighters in uniform and civilian clothes, and Nassau County police,” Kennedy said, “taking off their badges and their guns and going into the water in their uniforms and civilian clothes and trying to find the car, without wet gear or suits, which really made me feel for these gentleman. That water was below 50 degrees. … They did come out, and a couple of them were put into ambulances to warm up.”

After about 40 minutes, Kennedy said, the situation was deemed a recovery rather than a search-and-rescue, because a person in a car underwater that long could not survive.

Once they found the car, the divers put a rope around it and it was hauled out.

“We felt really bad,” Kennedy said. “We did get the car out, they got the individual out, and a lot of time and effort was put into it.”

Kennedy said that the Cow Meadow Park beach was about 70 feet across. The car was on the narrow roadway leading to the beach, and when it headed for the water, it left no skid marks.

“It was a straight run through the beach into the water,” said Kennedy. “It must have been at an accelerated rate of speed.”

An investigation is ongoing.