What Will Happen If Tps Ends? 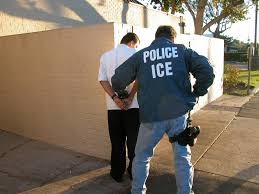 Following President Donald Trump’s executive orders in 2017, Immigration and Customs Enforcement has widened its deportation efforts to include any and all undocumented immigrants.
Courtesy ICE

Not a single person that’s come in here has talked about going home. That’s not home to them anymore.””
Patrick Young, Attorney for CARECEN
Deportations between 2016 and 2017

-Almost three times as many immigrants were deported without a criminal incident.

-There was a 12 percent increase in undocumented immigrants who were deported after being arrested.

“I will not go back unless I’m deported,” said Gilberto, an Elmont homeowner and TPS holder who asked that only his first name be used. He has lived in the U.S. for nearly 20 years with his wife and sons.

Gilberto is not alone. Patrick Young, of Hempstead’s Central American Refugee Center, has been working on dozens of TPS renewal applications in recent months. He said that among those he has spoken with, none intend to leave.

“Not a single person that’s come in here has talked about going home, “ Young said. “That’s not home to them anymore.”
TPS holders, he said, plan to stay past their termination dates. That could mean that some 9,000 current Nassau residents who have been living here legally will go underground, living off the books as undocumented immigrants, according to Long Island-wide analysis by the Suffolk County Department of Economic Development and Planning.

No longer exempt
President Trump issued new priorities for the Department of Homeland Security and Immigration and Customs Enforcement at the start of his presidency last year. DHS officials subsequently directed the department, and ICE, to prioritize the deportation of criminal immigrants.
Without TPS, those same orders will, over the next two years, apply to thousands of law-abiding immigrants who are protected by the program.
Brendan Raedy, an ICE spokesman, said that when TPS ends, the immigrants who relied on it would revert back to whatever status they had before — for most of them, undocumented immigrant, Young said. Raedy insisted, however, that ICE would not issue a deportation order simply because an immigrant had lost TPS. “I can’t stress this enough — that alien would come to ICE’s attention under this scenario based on a hypothetical criminal infraction, not the fact [that] they once held TPS,” he wrote in an email.

But criminal infractions can range from serious offenses to those as simple as failing to use a turn signal. Young said that the most common way law enforcement would get former TPS holders is through expired drivers’ licenses. TPS holders have licenses that display their immigration status, including the date their status expires.

That turned a simple trip for Carmen, an Oyster Bay resident who has TPS, into an intense confrontation with law enforcement. Carmen, who also asked to be identified only by her first name, was returning from a college open house in upstate New York with her daughter when an officer stopped them for failing to move aside to give him clearance under the move-over law. Carmen said she was initially confused, because she thought police cars just went around you when they needed to pass, but she handed over documents that included her expired TPS driver’s license.

“I told him up front that it was expired, but that my renewal had already been approved and I was just waiting for the new license to come,” Carmen said. But the officer did not care about her story, she said, and immediately told her that he would report her to ICE. She knew she was not in danger, but the officer went on for nearly an hour about how he would contact ICE and have her deported. Although she remained calm, she said, her daughter began to cry. The officer eventually left, having given her the ticket for her traffic violation.
“I was able to keep my cool, because I knew I was safe,” Carmen said. “But how many of us can do that?”

“The Attorney General’s Office recognizes that by protecting the rights and well-being of immigrant families, we build trust in law enforcement and other public agencies, thus enhancing public safety for all,” Schneiderman said in a statement. On March 13 of this year he joined 19 other attorneys general to call on Congress to allow TPS holders to receive permanent resident status.

The state guide also provides information on how a local government may become a sanctuary, meaning that its law-enforcement agencies would not comply with ICE regulations on deporting immigrants. Nassau County Executive Laura Curran has said that the county did not have any plans to become a sanctuary, adding that she feared that the county might lose some federal funding if it did so and citing repeated threats against sanctuaries by the White House. The federal government has yet to cut funding for any sanctuary county.

Since 2007, the Nassau County Police Department’s policy has been to work with ICE whenever it arrests a foreign-born defendant, according to the NCPD’s Policy 3610. The NCPD did not respond to the Herald’s requests for a statement on the department’s plan should TPS be terminated. County officials have said that NCPD would continue to comply with ICE, as usual.

Village police officials said they have drafted their own policies in case TPS is terminated. The Herald contacted the Long Beach, Lynbrook and Rockville Centre police departments, but has not been able to obtain a copy of such a policy.
According to a letter Schneiderman sent out to police chiefs around the state in 2014, and reiterated in his 2017 state guide, “compliance with requests for immigration holds is voluntary — not mandatory — and compliance with such requests remains at the discretion of the local enforcement agencies.”

The guide goes on to explain that the mere fact that someone is an undocumented immigrant is not a criminal offense, and that such status does not allow local enforcement agencies to detain someone, even if ICE uses terms like “probable cause” or “warrant.” It further states that agencies that detain individuals in the absence of a judicial warrant or probable cause may be liable for monetary damages.
The Central American Refugee Center and a local, unnamed undocumented immigrant are suing Nassau County for its police policy and its compliance with ICE.