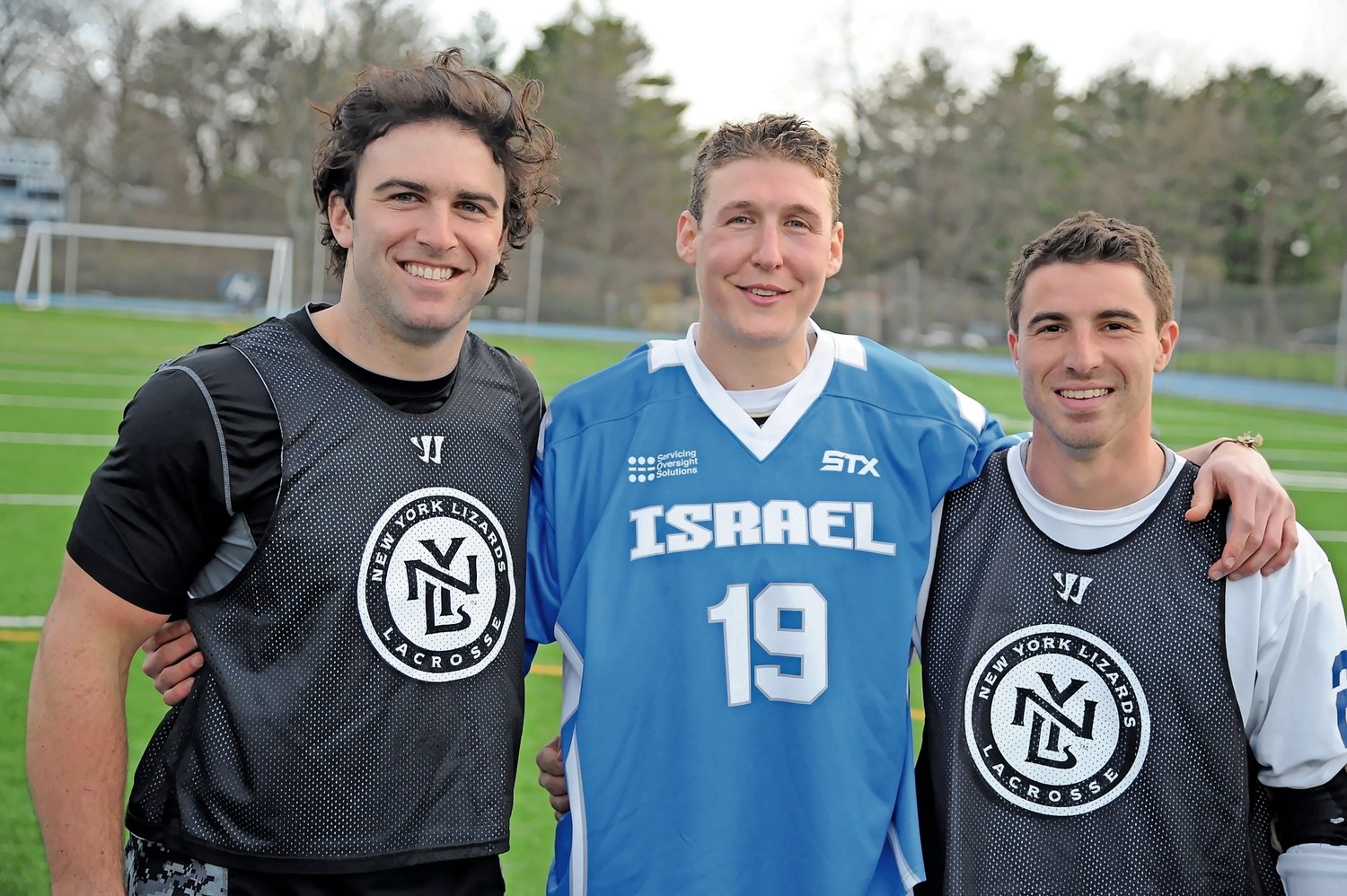 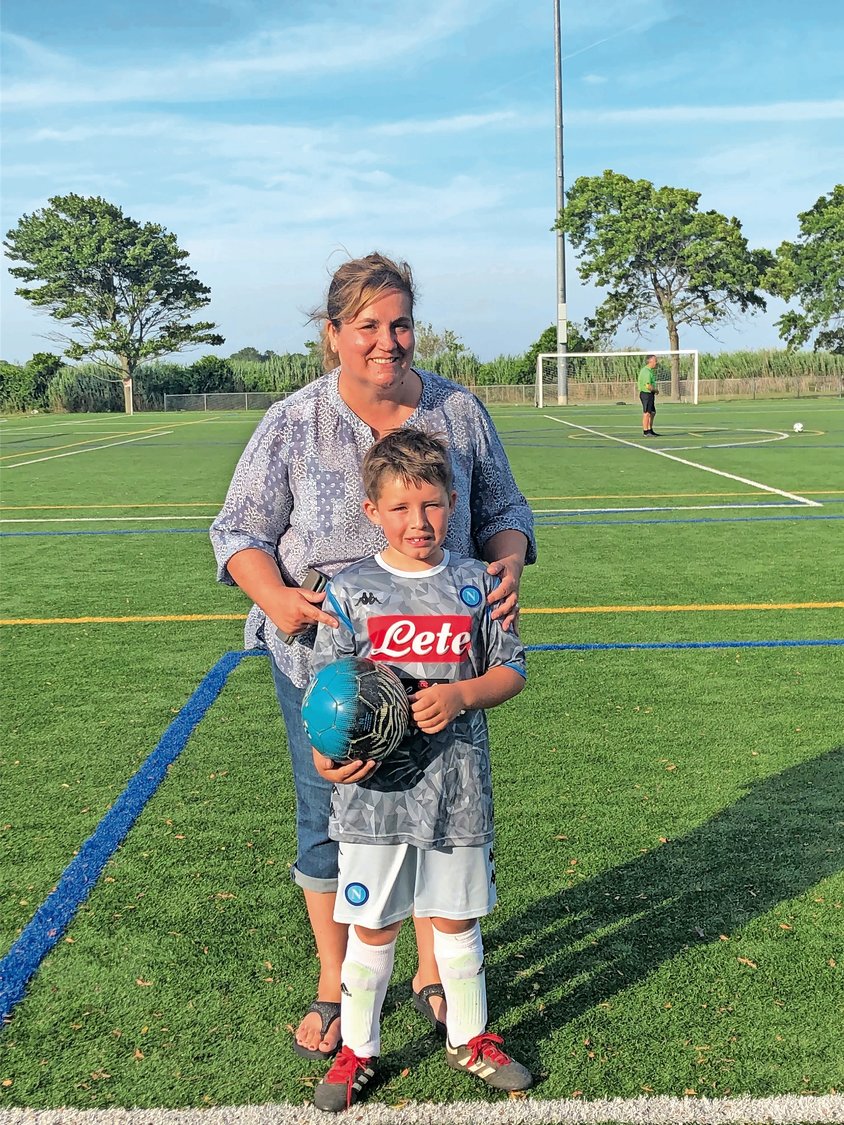 Two former Hewlett High School athletes who made their mark in two sports will be inducted into the school’s Athletic Hall of Fame at a ceremony before the Bulldogs’ Homecoming game against Valley Stream North on Saturday.

Steve DeNapoli, a 2007 graduate, was a three-sport athlete at the high school, and will be honored for his achievements in lacrosse — especially in his senior season, when he set school records for goals and assists that earned him All-American status. He also played football and ran track in the winter.

Kerry Welch, who graduated in 1987, was a pioneer at Hewlett High, as her moxie helped persuade the Hewlett-Woodmere School District to establish a girls’ soccer program.

Her research found that the district was in violation of the federal Title IX requirements, which prohibit discrimination and denial of the benefits of any education program or activity funded by federal money.

“We are very excited to honor two deserving alumni into our Athletic Hall of Fame,” said David Viegas, the district’s director of health, physical education and athletics. The inductees will have their names added to the plaques displayed by the high school gym.

DeNapoli went on to play at Hofstra University, where he was a three-time All-Colonial Athletic Association selection. After graduating with a degree in history in 2011, he began his Major League Lacrosse career.

According to an article on Hofstra’s website, “DeNapoli was named to the 2018 U.S. National Team for the FIL (Federation of International Lacrosse) World Championships, but in Israel suffered a knee injury and did not get to play.”

DeNapoli was a short-stick defensive midfielder in the Premier Lacrosse League in 2019, while he studied for his master’s in education at Adelphi University.

He also co-founded and directed a youth lacrosse travel organization, the Long Island Dodgers Lacrosse Club. DeNapoli advises young athletes to “always be prepared; continue to improve yourself physically and mentally; absorb as much information as you can from your coaches, teammates, and opponents; and set goals, then stop at nothing to accomplish them.”

Selected 13th overall in the 2020 Premier League Expansion Draft, he tallied 3 points in 2020 as a defensive midfielder. DeNapoli captains his current team, the PLL Waterdogs. The team finished the season as the No. 1 seed for the playoffs, but lost in the semifinals.

DeNapoli said he was honored to be inducted into the Hall of Fame. “To be recognized at Hewlett is special because of the relationships I’ve developed during my time there,” he said. “My family, teammates, friends, teachers and administrators all played a part in my success, so I hope it’s rewarding for them as well.”

Welch was a passionate soccer player, and wanted to join the soccer team as soon as she entered high school. But there was no girls’ soccer team. When she inquired with Hewlett staff, she got little to no help. But she persisted, attempting to play on the high school’s boys’ soccer team. The athletics staff wouldn’t allow it.

Welch, then 15, was frustrated, but refused to give up. After a number of attempts to create what many boys her age already had access to, she began to do research on Title IX. The federal law was passed in 1972, but there were issues with its enforcement.

Doing what she could at the time, Welch recruited some friends and pushed the administration to establish a team, which, in her sophomore year, it did. “

I’m overwhelmed by the honor that they actually remembered this story, and that they’re seeing this as being significant,” Welch said, adding that she would be both excited and anxious to be back at

Hewlett for the first time since she graduated.
Welch graduated from Graceland University in Iowa, where she was also part of the first girls’ soccer program.

She is now an elementary school teacher in Kansas City, where she advises young athletes to “work hard and cherish the moments with your teammates, because those relationships will last a lot longer than the season does.”

The Homecoming parade will begin at 1 p.m. at the Hewlett-Woodmere Public Library, on Broadway in Hewlett. The football game will kick off at 2 p.m.